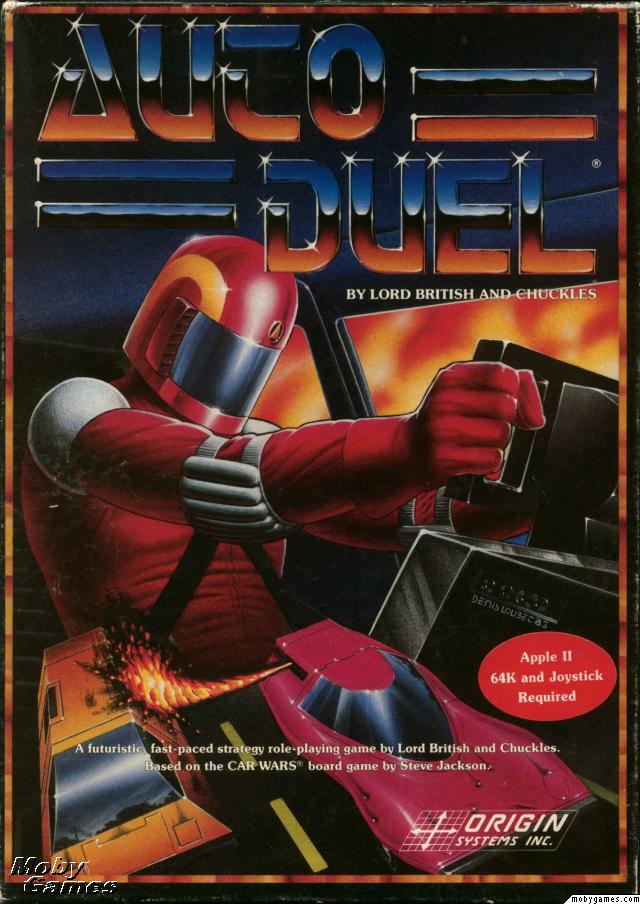 I’ve not actually played this yet. I only had time to have a quick read through the manual last night so there isn’t too much I can say about it. The game is a futuristic arcade/RPG, set in 2030, in which the highways have become lawless. You have to drive around battling other cars and trying to earn some money. It was created by Lord British and Chuckles, based on a Steve Jackson board game, and is the only non-ultima game I can think of that was credited to LB before the end of Origin.

The manual for the game is quite lengthy, but has very little on plot and much more about gameplay. There are no long terms goals set and the game looks completely open ended.  It takes place in the north east of the USA and you can drive between all the various cities. Each city has a variety of shops where you can buy armor, upgrade/buy cars, take part in arena battles for cash, get courier missions etc… The gameplay looks like its quite complex with a myriad of options for building your cars, and a variety of different missions to complete.

All in all, this looks like a promising game. It immediately puts me in mind of Privateer with cars instead of spaceships.  I’m going to play the apple 2 release. The PC version doesn’t look any better and having savestates is just far too useful for getting me through these early games quickly.