I’m going against advice and carrying on straight into the Silver Seed addon at this early point. If I struggle, I can always come back later but some of the items described in the manual just sound too useful. Things like a ring that gives me unlimited reagents for spells, a helm of light, belt of strength, etc..

Apart from the chance to get all these items the add-on also gives me some new hotkeys so I can pick a lock by pressing p. I can feed a party member with the f key rather than rooting around for food. These are things that should have been included before but are a welcome addition now, especially the feeding hotkey. 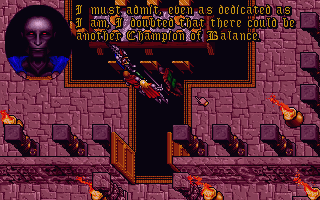 Its not immediately obvious but the amulet has taken me back in time to when the original inhabitants of Serpent Isle battled against each other, one side representing order and the other chaos. I’m greeted by the leader of the keep, who has had his mind transferred into some sort of automaton.

Seeing my amulet he assumes that I am the champion of balance come to restore order although the more he talks to me, the more he doubts this. 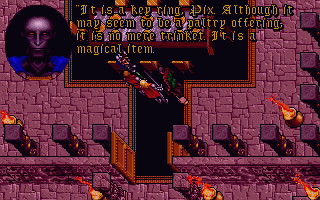 Despite his doubts, he hands over a magic keyring which will store all my keys automatically when I pick them up. I then can use another new hotkey to try all my keys on any locked door. This will be extremely useful as rooting around my backpack for keys was one of the major problems in U7. 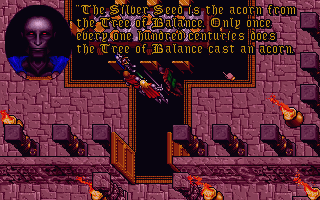 He tells me that they are storing an acorn from the tree of balance (the silver seed) which needs to be planted in a hallowed spot by the champion of balance. Hes vague on details but first off I will need to collect four orbs of some description in four separate quests. 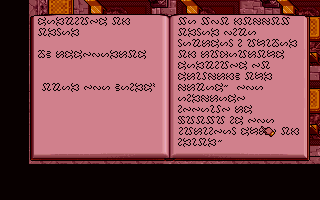 The books in this place are written in some strange language which is at the moment incomprehensible. The keep is largely empty with just 3 or 4 inhabitants who give me some vague advice but nothing massively helpful. There is talk of the sides being guided by the chaos and order snakes who are in the void outside the universe, none of which makes a huge amount of sense to me at this stage. 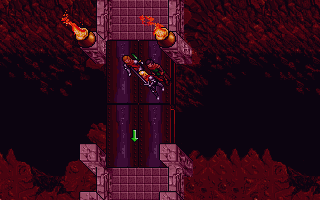 After running out of places to go in the keep I head out over the drawbridge. 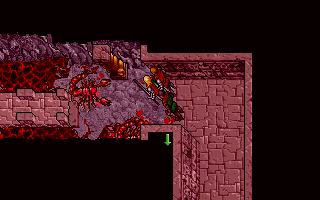 Just to the west, through a gate I find my first dungeon. I’m attacked by some scorpions immediately but even at this early stage I don’t have any real problems with the combat. 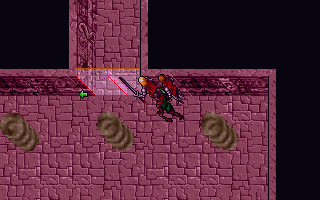 Next up I’m trapped in a room by some force fields. I need to press some buttons in the right order to get out of here. 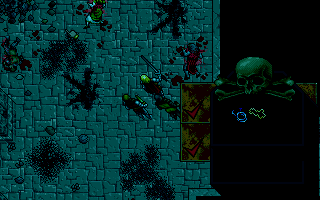 Further down is a room full of dead bodies. I loot them for everything I can and make my way through a couple of fake gates. 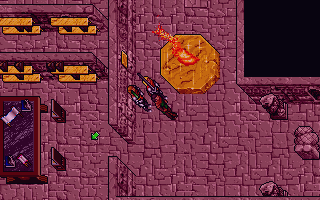 The magic scrolls on the table here include a translate spell which I use to translate the plaque to give me a vague clue on what to do here. I have to put a lightning whip which I found on one of the bodies into the flame. This dispels some force fields to the north and allows me access to a set of steps. 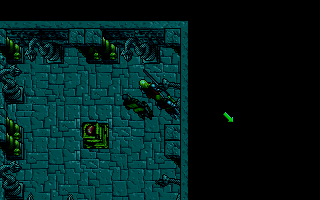 Another switch puzzle later and I find the first orb. This doesn’t complete the dungeon though, there are still areas I haven’t explored + I’ve not found any of the equipment mentioned in the manual. 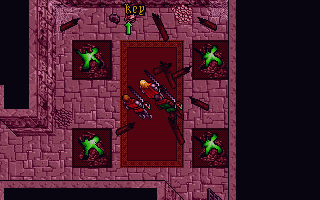 I spend a long time wandering about trying to find a key until I eventually realise its under a log in this room. 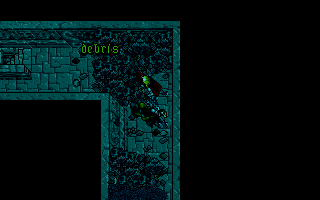 This gets me through a locked door to the west into a blocked corridor. A few hacks with a sword and I start to clear the debris. 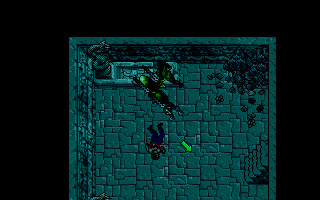 The body here has a coil of rope. I take this back to the start of the dungeon where there was a brass well which my companions suggested climbing down. This takes me down 2 levels to another force shield which I use a scroll/key to get past. 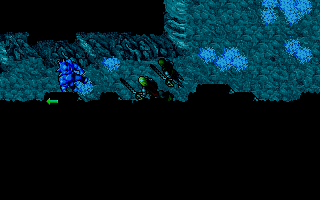 There are some sort of blue monsters down here. I do my best to avoid them and just explore the level. 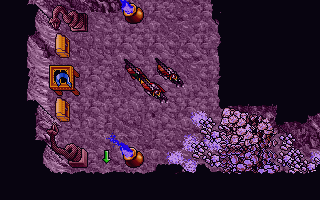 There is a treasure trove down in the SW corner with a belt of strength (+10 strength) + loads of gold coins & arrows. That completes 1 of the 4 quests in here. I’ve not had too much trouble so far with trying this so early in the game – I guess some of the other quests may be harder but that belt should help me out.

This is definitely going to take a lot longer than Forge of Virtue – this first quest probably took me nearly as long as that whole pack.