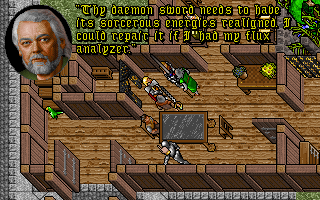 I find Iolo learning magic with one of the mages in Moonshade. This same mage also says he can repair my black sword but will need his flux analyser which got swapped for a pedastel from a serpent temple at some point. I’ll have to keep an eye out for this. 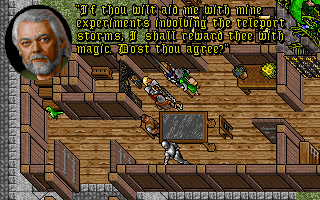 He also wants me to help out with his experiments into the teleportation storms. I never refuse a quest so I agree. 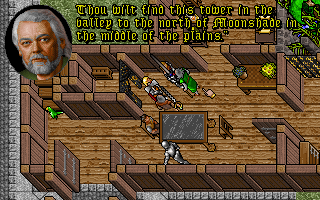 He wants me to head up to that stange building I noticed to the north of Moonshade some time back and observe the effects first hand. This contraption will cause a storm once I add the missing energy globe which he give me. 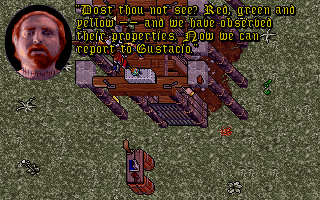 I pull all the levers and watch the effects of the various colours of lightning. Boyden gives me a prompt when we have observed all three. 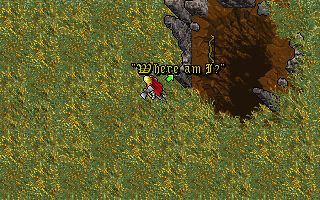 I get struck by lightning myself before we get clear of the structure but it doesn’t send me too far so I walk back to the north to fetch my companions. 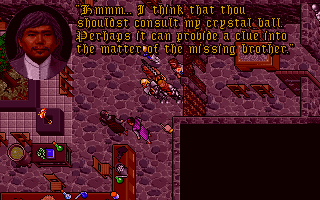 The purpose of these experiments is to track down the missing brother of one of the people who travelled over with me on the boat from the Sleeping Bull. I’m sent to see the magister who suggests I use his crystal ball. 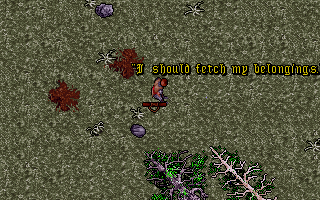 I see a cutscene showing the missing man walking around before getting caught in a storm. 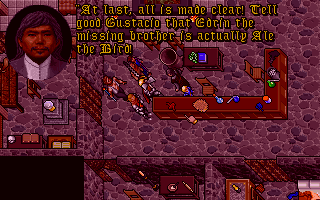 He is struck by lightning and transformed into a parrot which has been his brothers pet all along. 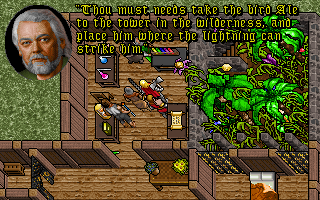 I now have to walk all the way back to the tower with the parrot and use the machine to tranform him back again. 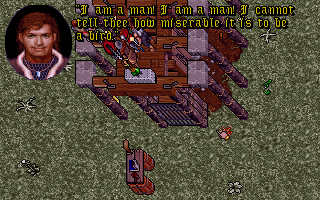 I do this and it works first time. I’ve been promised some spells for helping out so I head back to collect then. 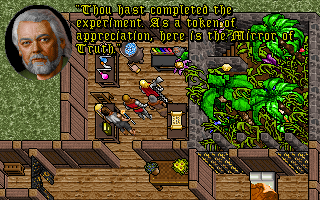 I get the mirror of truth for my troubles. I’ve no idea what this is but I’m sure it will be useful. He also teaches me every spell he knows for free. 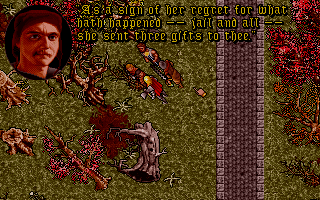 I’ve still not found Shamino who is somewhere in the woods to the West. These woods are huge and it takes a lot of walking around before I spot him. He’s bearing gifts from Frigidazzi. 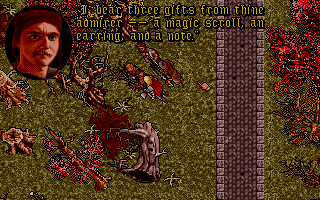 I get a magic scroll with a chill spell, an earring (one of the three serpent items I was told I would need right back at the start of the game) + a note. 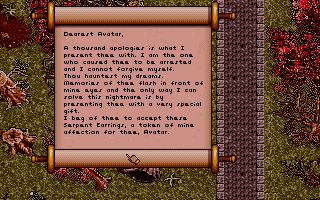 The note is an apology from Frigidazzi who is going to keep out of my way from this point but has at least given me some nice items. 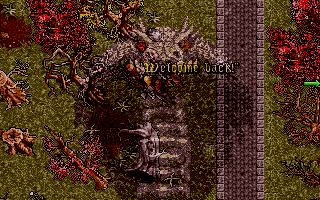 At this point a snake fills the screen. In the first bit of in-game speech it asks who I am and curses the imbalance that is clouding its vision. I have absolutely no idea what this is about. 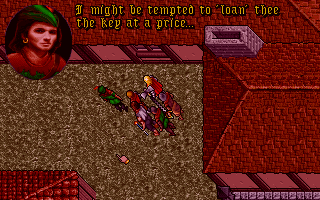 I think I’ve finally run out of things to do here and its time to look for the way out. I can get the key to the catacombs from the Julia once I prove I will be able to survive the heat down there (I needed the chill spell). 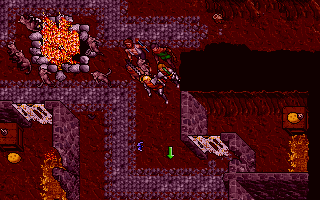 The catacombs aren’t actually all that warm at least at this point. The ratmen village is down here but the harp stops them attacking. 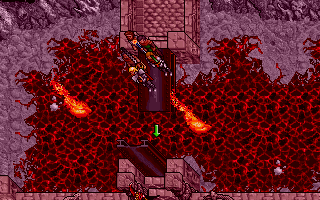 This gets me to the hot area I was warned about. I take damage all the time I’m in here until I use the chill spell 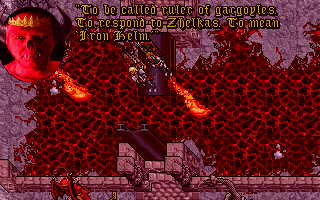 On the far side of a raised bridge is a gargoyle king. 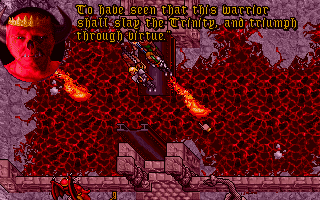 It seems the gargoyles here have their own prophecies about a hero from another world. He tells me that my main enemies are the trinity, some sort of ghosts that walk the land. This doesn’t sound like anything to do with Batlin. 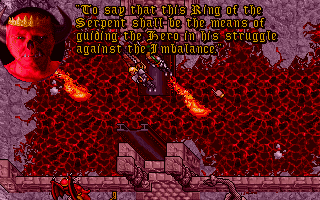 He does have the ring of the serpent to give me, if I can prove myself to be the hero. 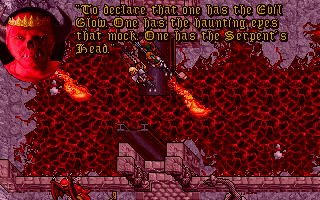 He gives a little more detail about the trinity, including that one has a serpents head which immediately puts me in mind of the snake that spoke to me earlier. 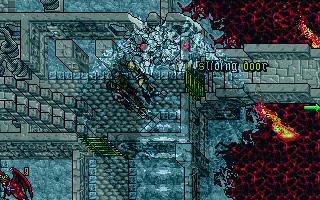 I have to complete some sort of trial to prove I am the hero from another world. On my way there the snake appears again and although he still calls me a stranger claims that we have met before. I think I’d remember but I’m intigued to find out more.