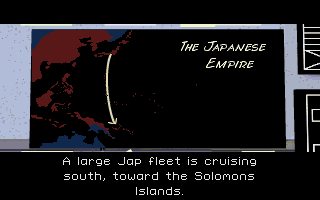 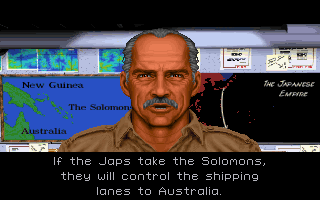 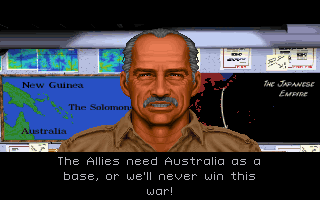 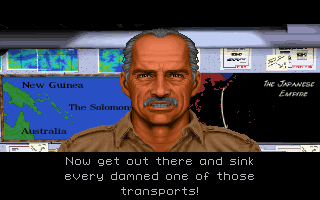 Our next set of missions is in the Solomons, where the Japanese are trying to take control of shipping lanes in this area. Our mission is to go out and destroy the transports. 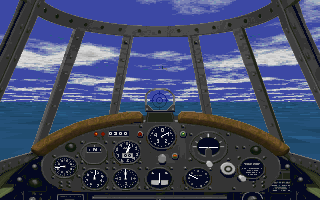 I get to fly some new planes in this tour including bombers with tailguns. I can’t say that the planes feel all that much different to fly other than the different weaponry. 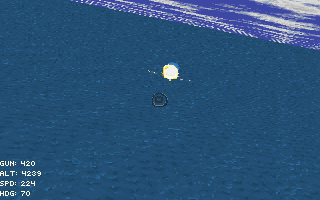 I’ve started using the option of turning the cockpit off in an attempt to make tracking targets a little easier. I’m still having serious problems shooting anything but I do manage to score my first definite kill. 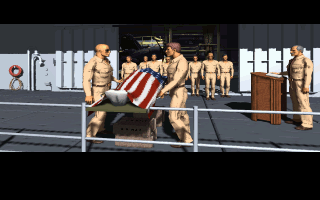 One of my wingmen also dies off on the mission though. I could attempt to replay the mission and keep him alive no doubt but this is difficult enough as it is. 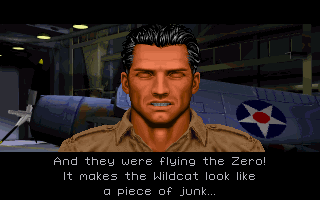 The Japanese definitely have the technological advantage over us with their new Zero planes. 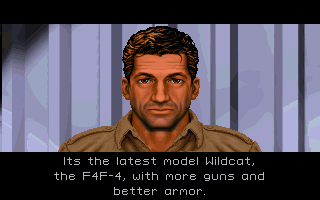 New planes are becoming available to us also as the war goes on though and we get a new wildcat with 6 guns rather than 4 + a bit of extra armour. 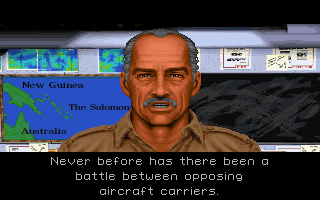 Having flown a couple of missions we get to fly in the first ever carrier vs carrier battle. 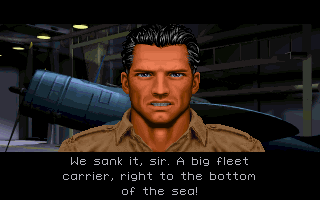 One of my wingmen brings it down very quickly and we emerge from this tour on top. 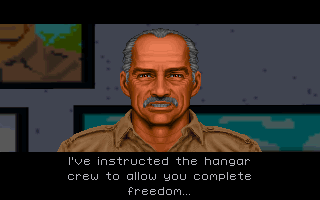 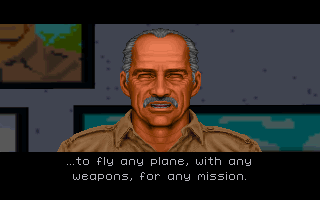 Completing this mission grants me a promotion and I now get to pick whichever plane I like to fly a given mission. 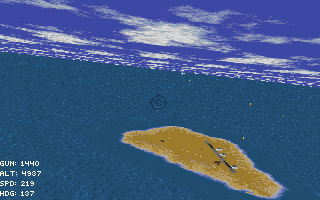 The next tour is at Midway defending the base from the Japanese. 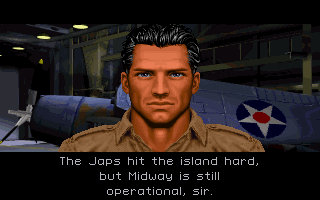 This is a tough mission and we have to fight off several waves of fighters – most of the base is wiped out but enough survives to count the mission as a success. 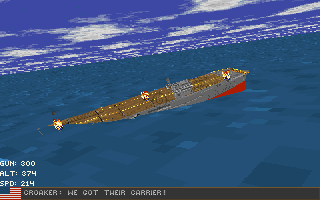 We have to attempt to sink 4 aircraft carriers on the tours next mission. Its succesful if you just destroy the one by all accounts although I gather from the playtesters guide that you need to get a few more to make the rest of the game easier. We sink at least a couple of them between us. 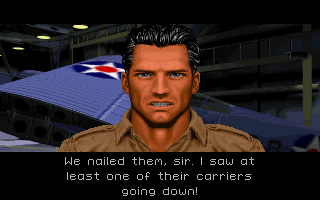 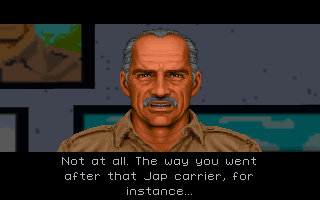 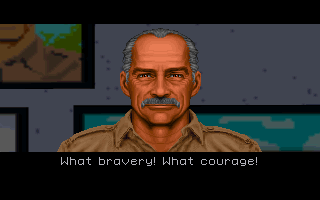 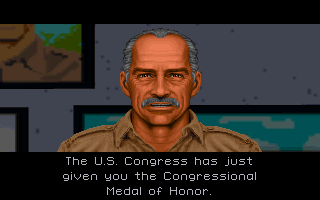 This victory gets me a medal. I don’t get to see a ceremony or anything but I have a medal box available in my bunk I can examine. 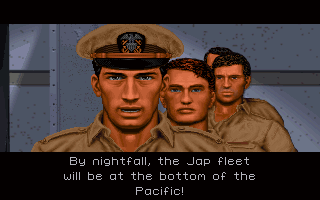 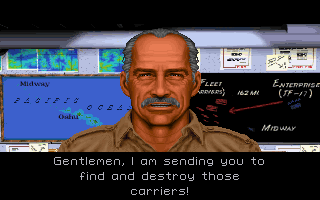 The tours final mission sees us attempting to finish off the remaining carriers. There are supposed to be 2 of them in the mission briefing but I only find the one. 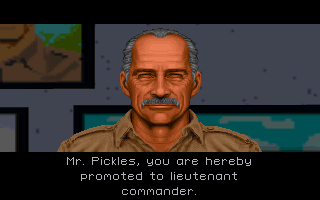 This gets me another promotion which I’m told will allow me to choose my wingmen and the planes they fly. 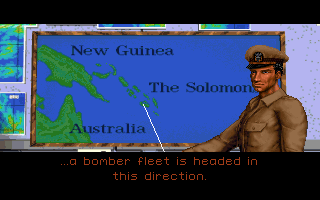 For the next tour is back down to the solomons to ward off some bombers.

I’m about 1/3 of the way through this now and I’ve already had enough in truth. Its very difficult attempting to score any kills and the pace of the game feels very slow because of it. With the VGA graphics I can’t judge distance to my enemy at all – the grey cross usually obscures the enemy plane completely until they get very close. The missions feel a little more varied than Strike Commander – there are way more planes to fly at least but I’m missing my radar and HUD.

It does have its moments – if I was more into flight sims maybe I would love this game but I much prefer the immediate action of Wing Commander. It has to be said that this crop of 1994 games from Origin haven’t been the best and mark a real downturn as far as I’m concerned. There is better to come at least once I get this out of the way.