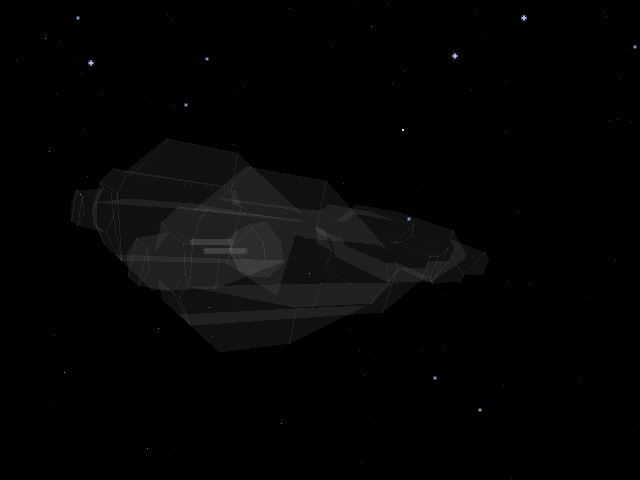 I start out this mission by activating my cloak. This doesn’t entirely hide me but its good enough for this mission. 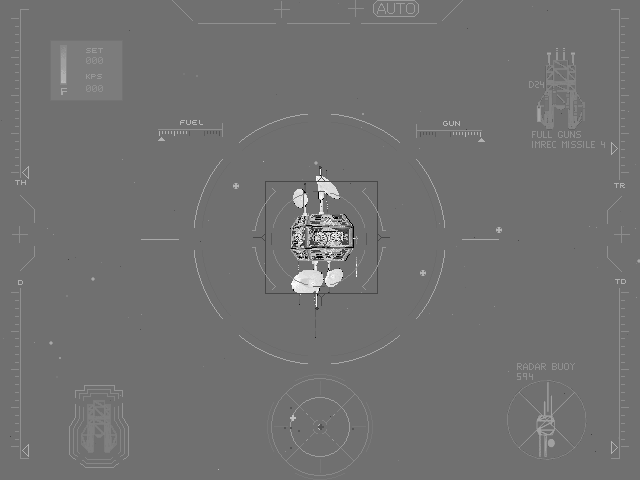 I close right in on the radar array before uncloaking so I can take it out straight away. This doesn’t work out too well as I can’t hit it when I’m this close for some reason so I end up having to try again. 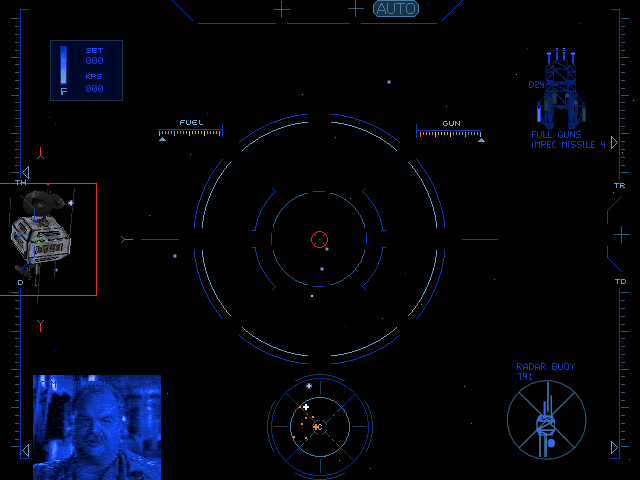 Once its out Pliers is on the comm telling me that he miscalculated the half life of the crystal and my cloak probably won’t work again. It’s done its job now anyway. I take out all the turrets surrounding the station (another first for WC4) + a couple of ships that fly in. 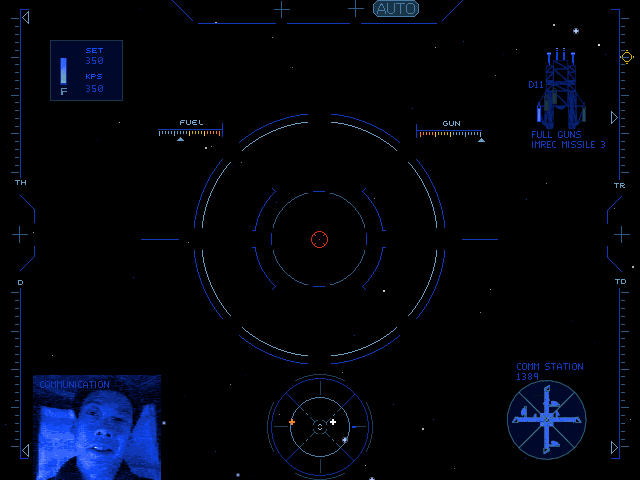 Once its safe I fire off Vagabond and Sosa in their MIPS straight into the station. 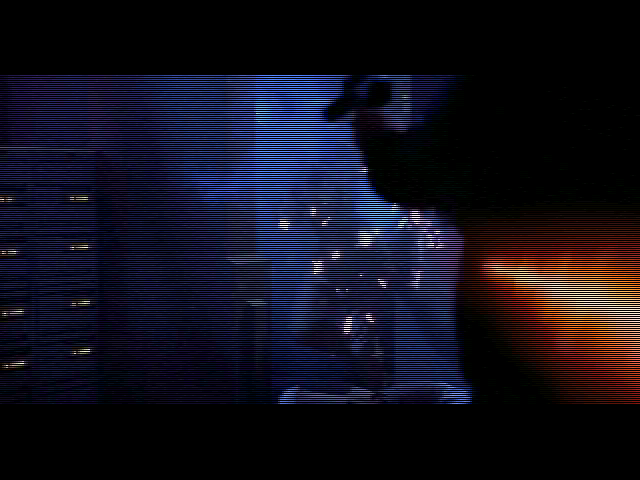 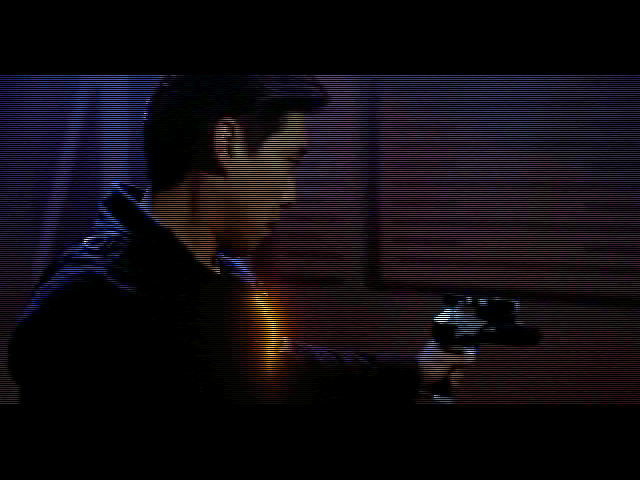 I get a new cutscene at this point. Our intel was wrong – we expected a few engineers but the place is well guarded. Vagabond is shot while covering Sosa and only she escapes with the info. 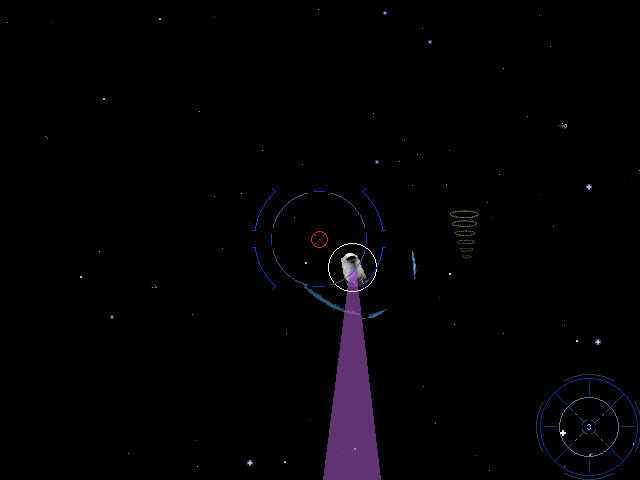 I tractor Sosa back in using my rear turret in true WC2 style. 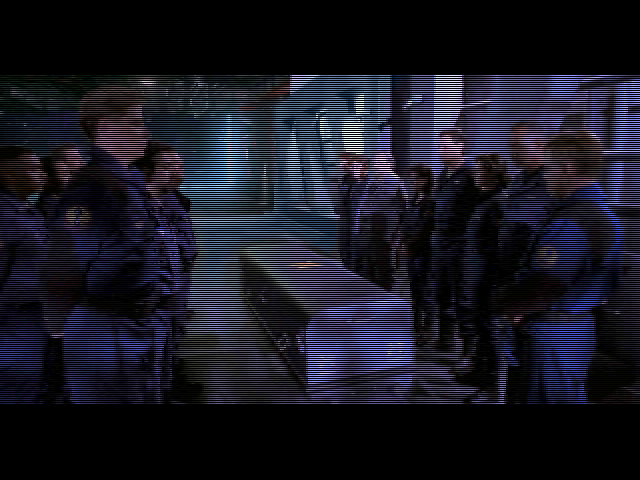 When we land, I hold a funeral for Vagabond. 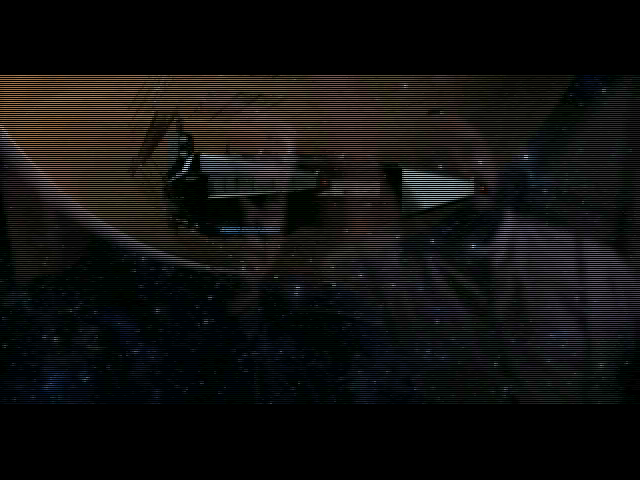 The scene cuts to Tolwyn and Paladin back on the Earth space station admiring the now finished super carrier called the Vesuvius. 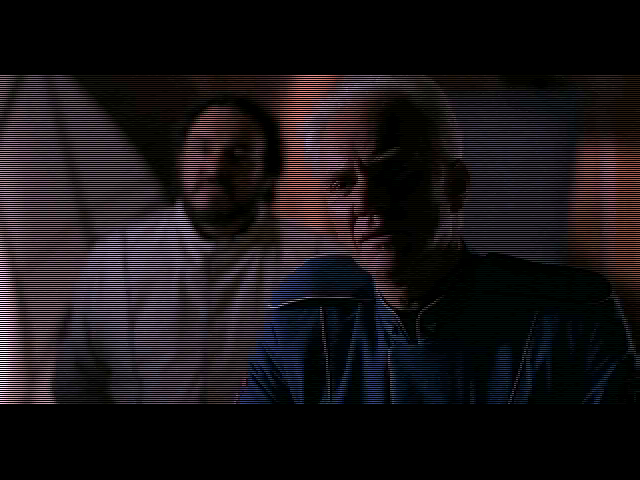 Blair tells Paladin of my defection and he finds it very hard to believe. He wants to know what is going on out there and tells Tolwyn that the Senate will vote on war in 7 days and the outcome of that vote will be largely decided by Tolwyns report. 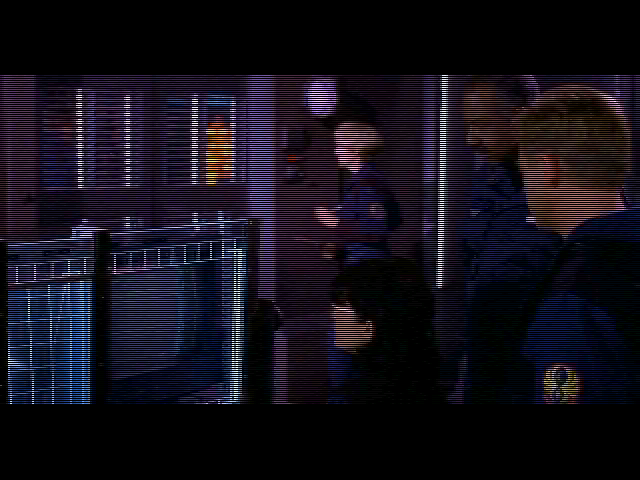 Back to the Intrepid again and Eisen and Sosa are looking over the comm data we got from the station. It fills in the gaps but we still don’t know for sure what is going on. 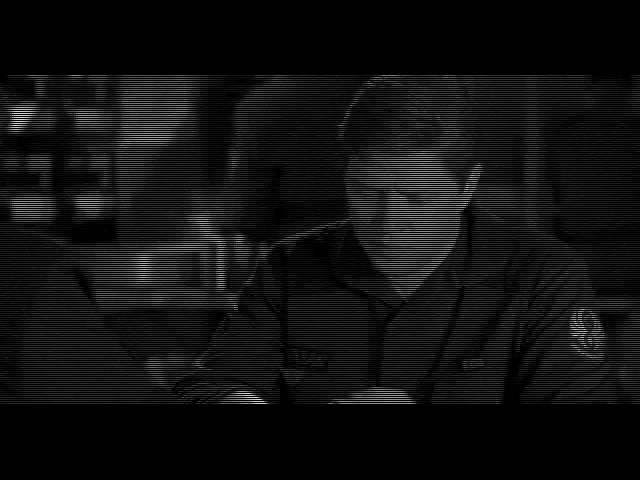 In the lounge, Mainac is blaming himself for Vagabonds death due to beating him at cards and gloating so much…. 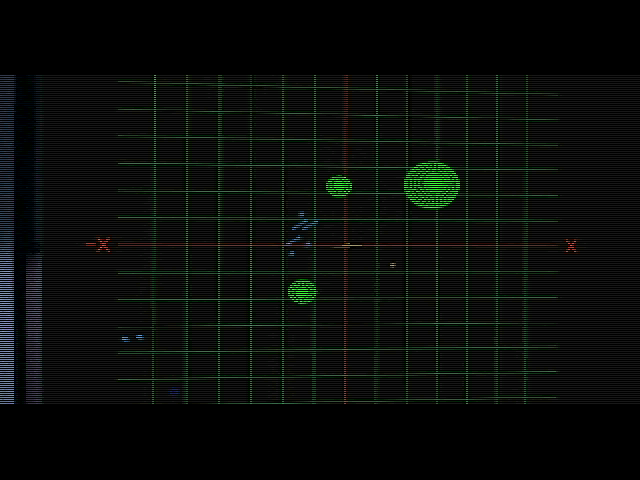 For the next mission, we need to come to the aid of another convoy being harrassed by the unmarked ships. 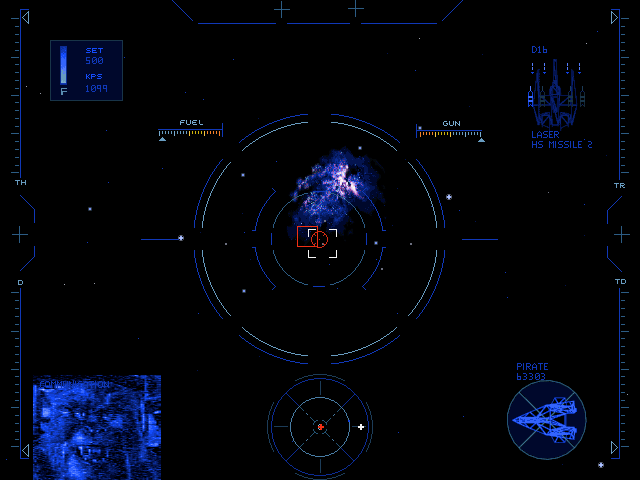 When we get there it turns out to be the Kilrathi themselves just trying to get home and in a Wing Commander first we get to fight alongside the Kilrathi ships to beat off the attackers. Two of the arrows that attack us have cloaking technology. 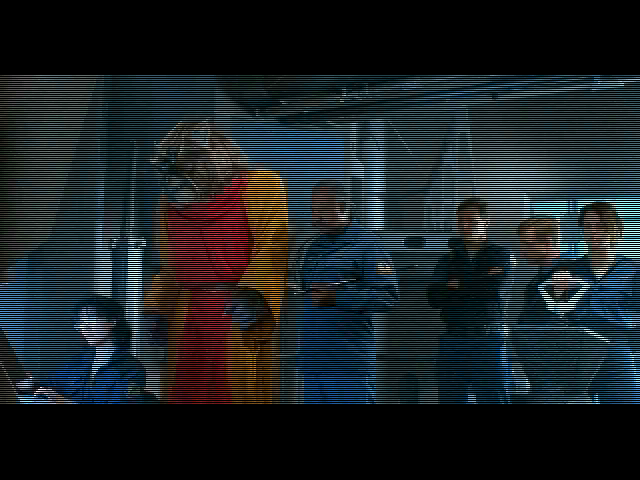 The Kilrathi have data of their own about their attackers. 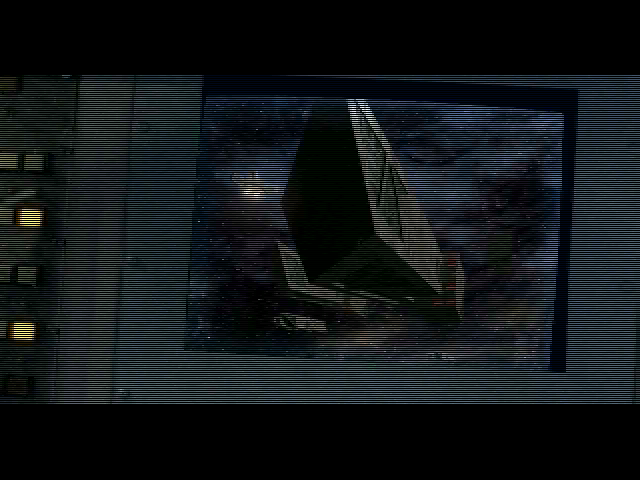 This includes video of the disc shaped weapon in action… 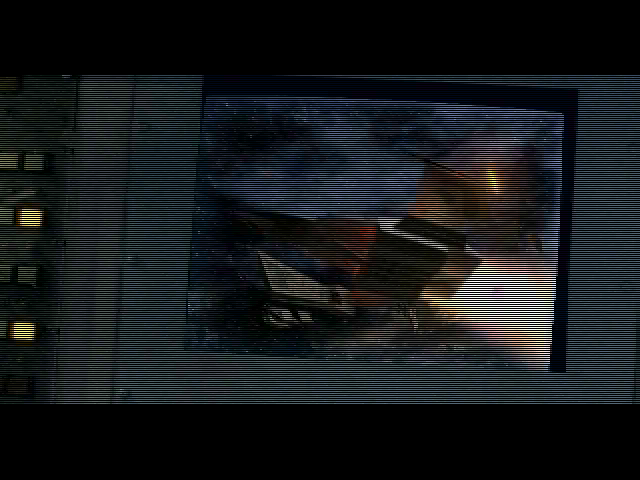 .. and at the end the familiar stunt with the mine. 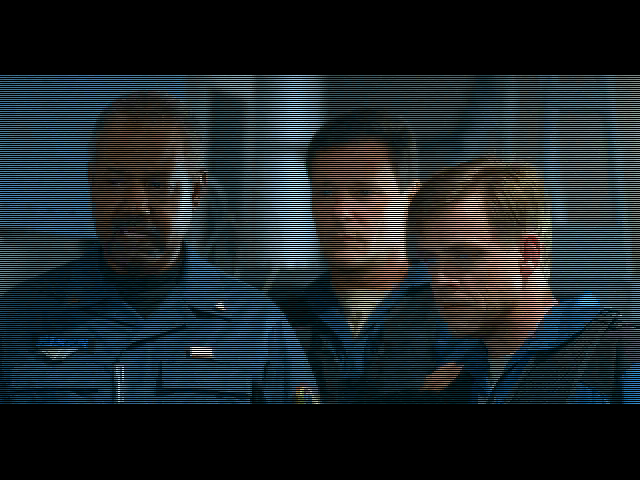 Hawk has seen this before back at the academy. He says a rookie pilot called Seether was the only guy he ever saw who could pull off that trick but he was transferred out to some sort of special ops very quickly. He mentioned talk of a G.E. program whatever that is. He also says I shouldn’t be in too much of a rush to meet him if he was that good back then. 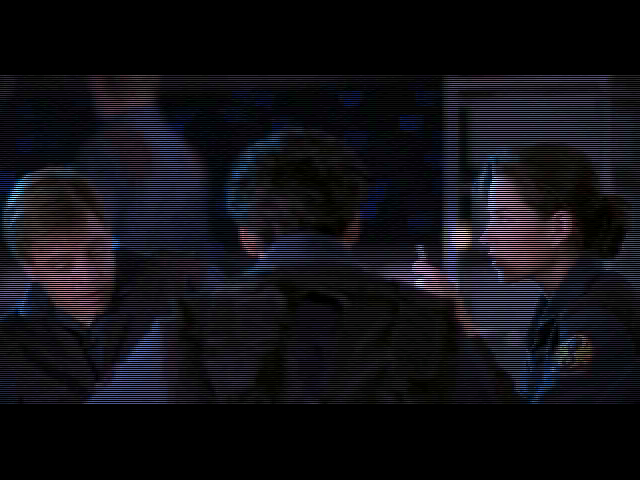 Panther and Catscratch are not too happy about us helping out the Kilrathi – I try to set Catscratch straight. 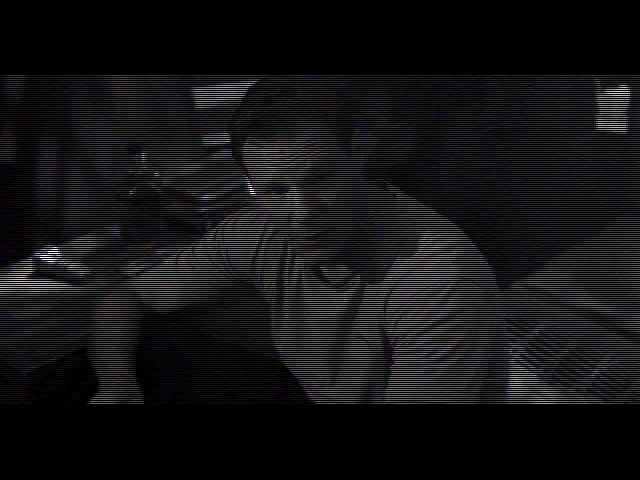 Hawk is in the bunks and isn’t happy about it either. He’d prefer us to have killed them all. I point out that every battle we win for them is a win for us as well. 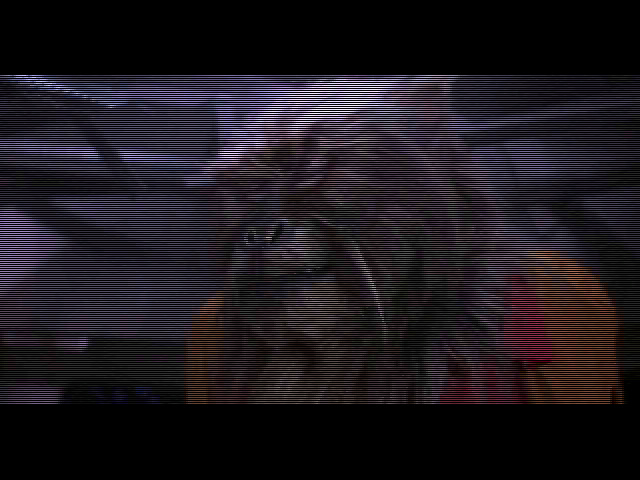 I have a chat with Mellek in the bar. Unfortunately he’s not voiced by Tim Curry this time around and the acting leaves a bit to be desired in my opinion. It can’t have been easy for the rest of the actors acting against a giant muppet like thing like this either and it doesn’t lend this part of the game much credibility in all honesty. To be fair, it doesn’t look that bad but he does come across as grovelling and a bit pathetic which isn’t what i’d expect from a Kilrathi. He’s positively helpful and friendly and offers to help Pliers out with his cloaking in return for our aid. 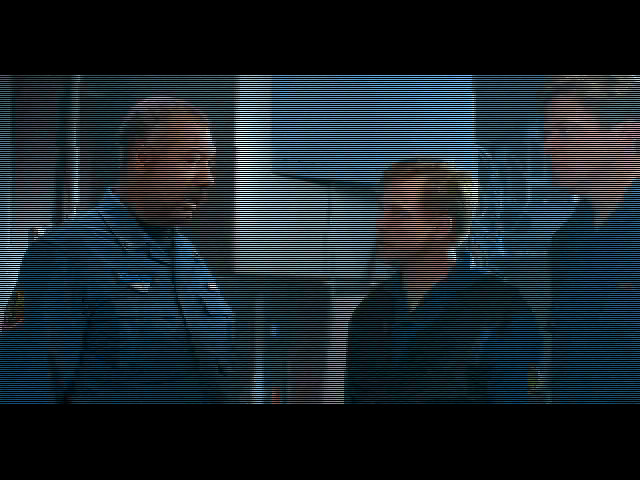 Eisen has decided its time to make a move and is taking all our data with him to try to build a case to stop the war. He still has friends in Confed who he is counting on to help him out. 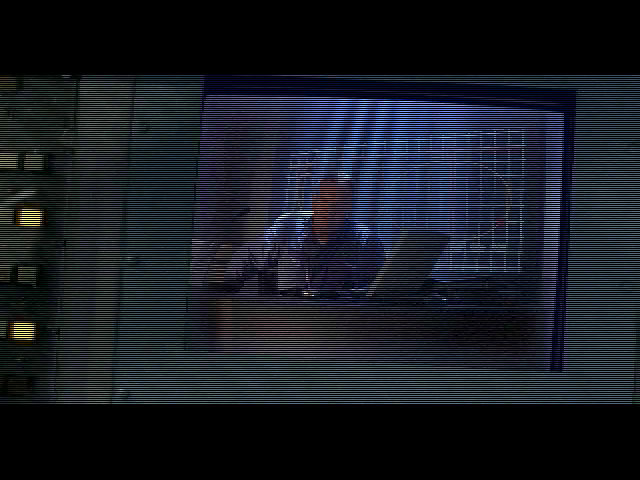 He assigns me to captain the Intrepid in his absense but I’m also going to be getting help from an Admiral Wilford who has been brought back from retirement to help out the border worlds. 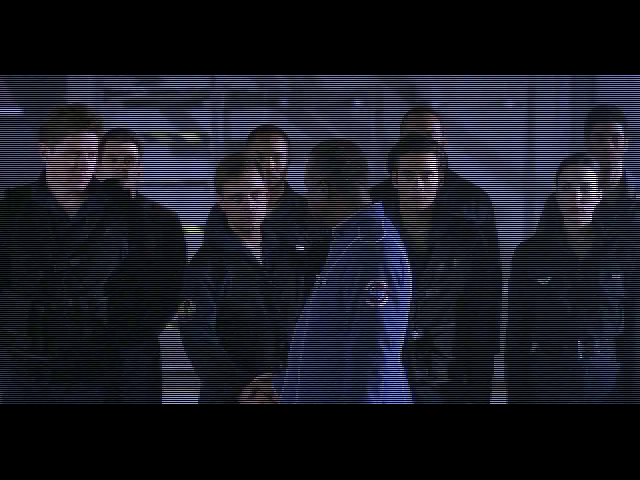 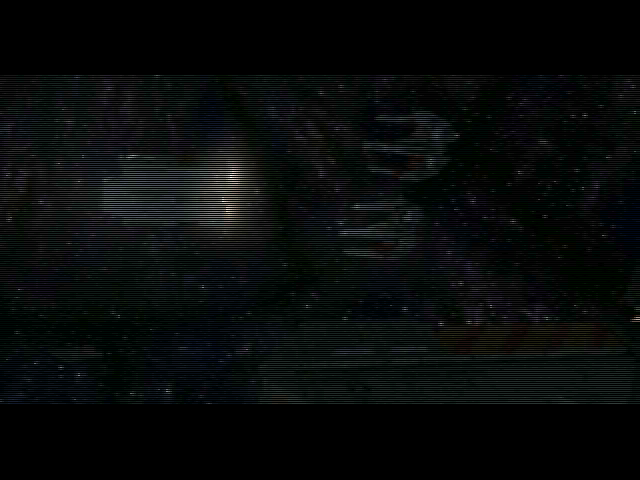 We say our goodbyes to the Captain and I’m left in charge. 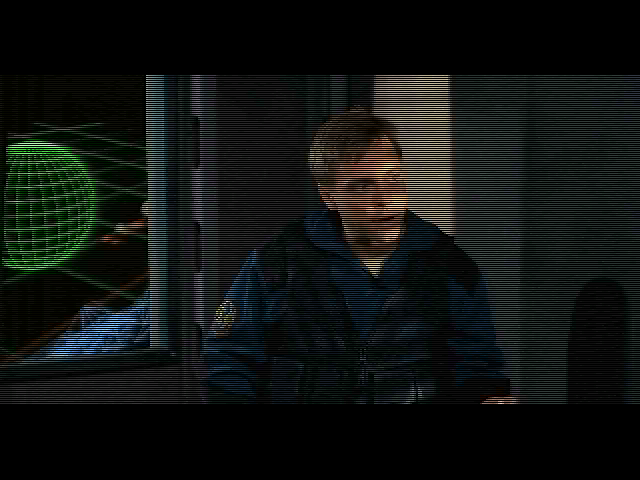 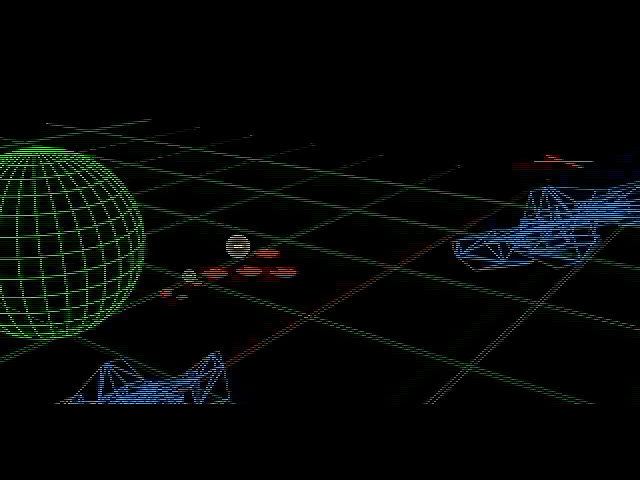 I’m giving the mission briefings myself that means from here on out although I don’t make any actual decisions at this point. The renegade Confed factions are attacking some Kilrathi planets and we have to go and clear out the nav points. This is a very traditional patrol mission and arguably the first in the game so far. I do get 2 wingmen so the fights are a larger scale than typical because of it. I complete the m ission and that finishes off CD3.

This CD was a short one as it also contained alternate video for if I hadn’t gone with Eisen. I would have continued to fly with Confed for a while (with Seether on my wing) and seen more evidence of the corruption in the system. This sort of branching storyline has much more appeal to me than the alternate losing branches as there isn’t a right or wrong path. I would have rejoined the Intrepid in the end anyway of course and Vagabond would already be dead. Like yesterday, I didn’t want to stop playing this again once I started but I never have much time on a Monday. It’s hard to make a case for this being the best Origin game in some ways as its not exactly groundbreaking or original but despite that it has to be the most entertaining and gripping game they ever made.