I’ve got even less to say today than yesterday so apologies again for the brief post. On the up side for anyone reading this, at least this only takes a minute whereas it took me several hours to play through it all… 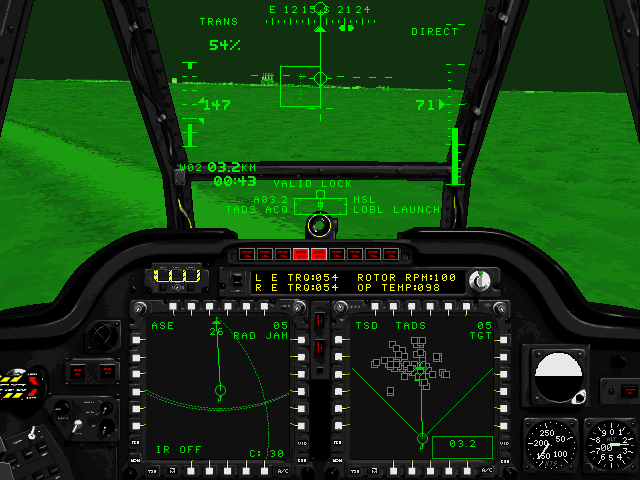 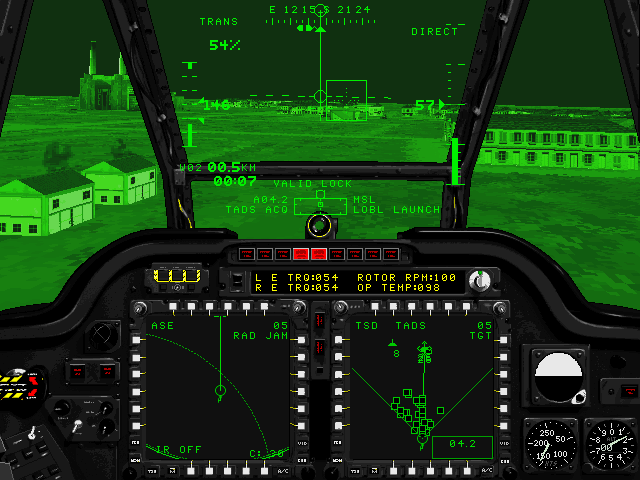 Today’s first mission, has me taking out targets in the middle of a town. This certainly puts a lot of little squares on my radar but otherwise is much the same as ever. 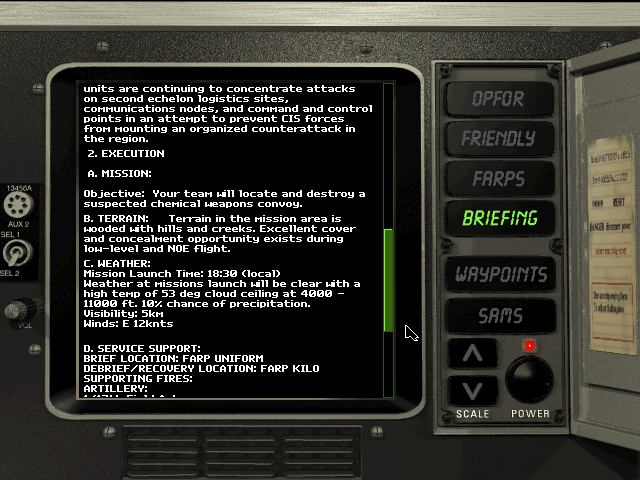 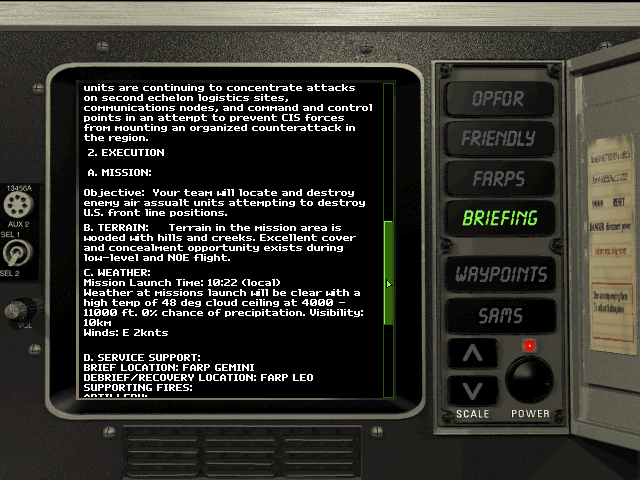 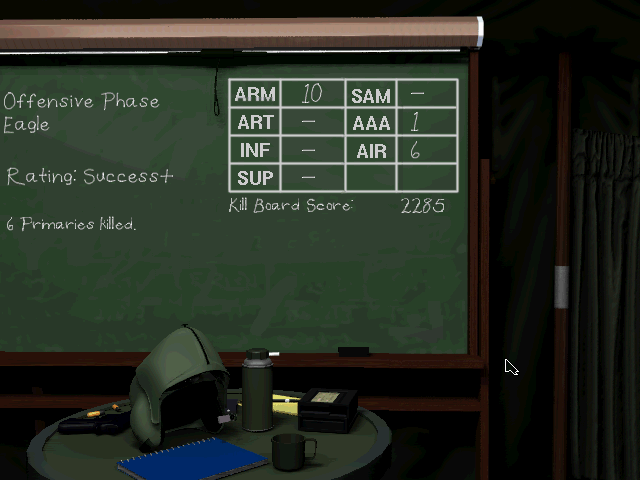 We’ve gone from the radio alpahbet for mission codes to bird names today which gives me hope that there aren’t going to be too many more missions. I mean you can’t just use any bird – I can’t see there being an offensive phase blue tit. 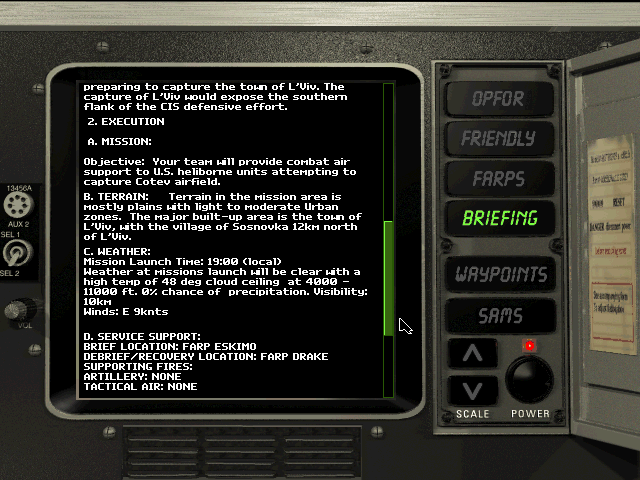 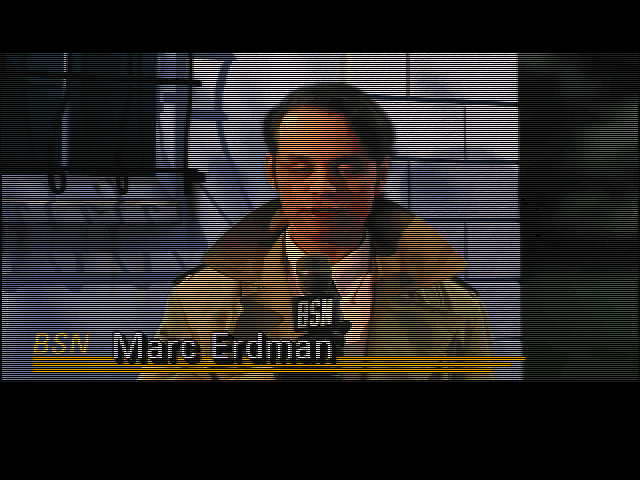 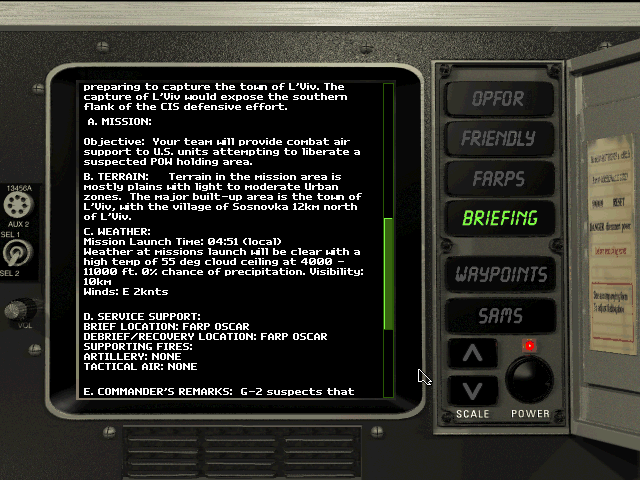 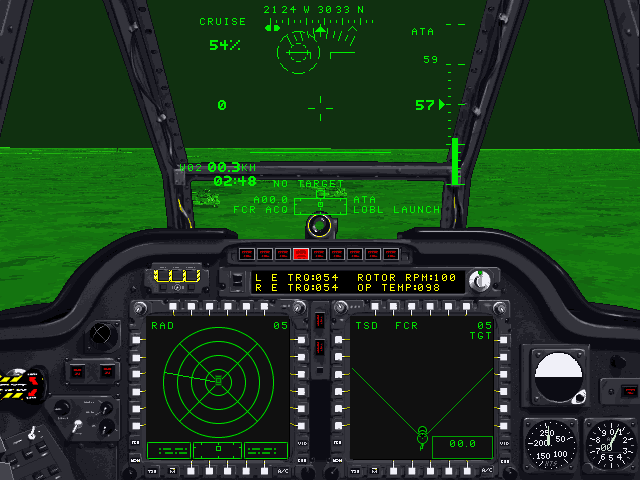 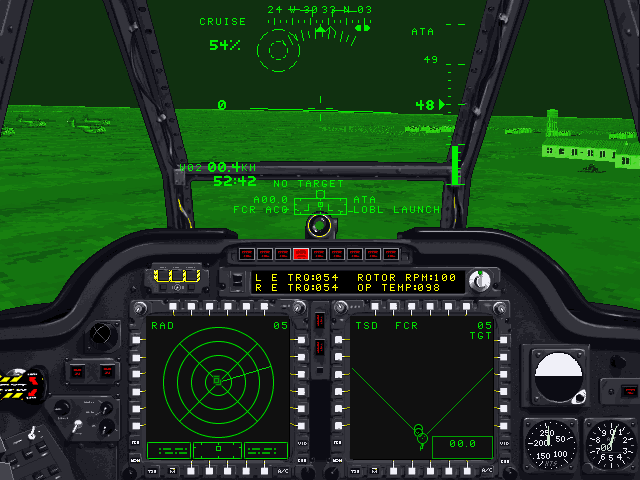 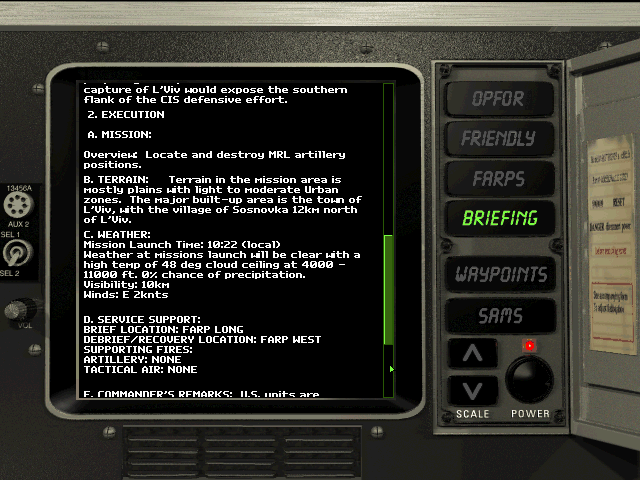 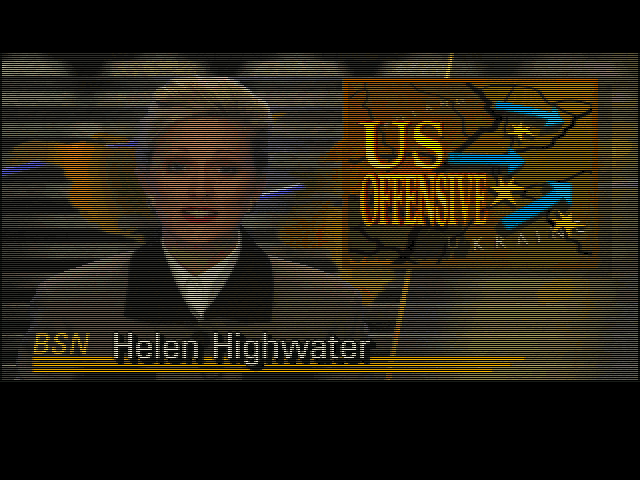 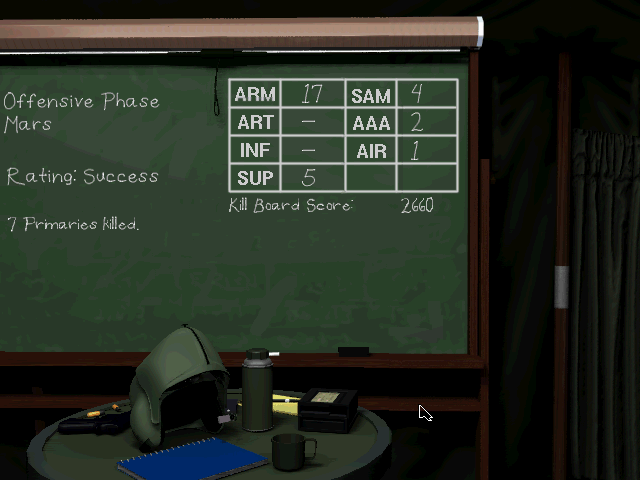 We run out of bird names and move onto planets or confectionary as the missions keep on coming. 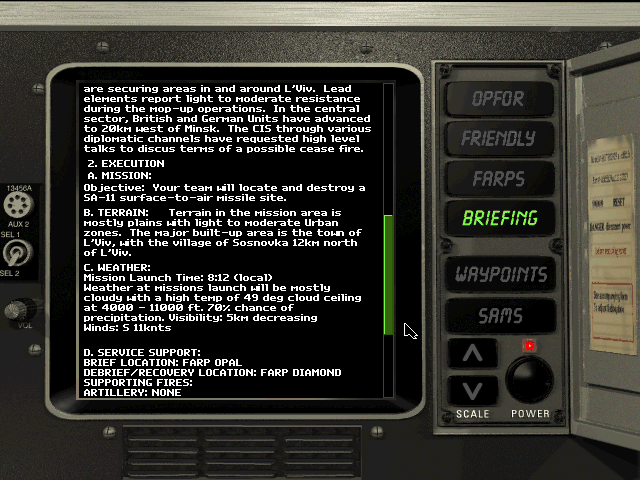 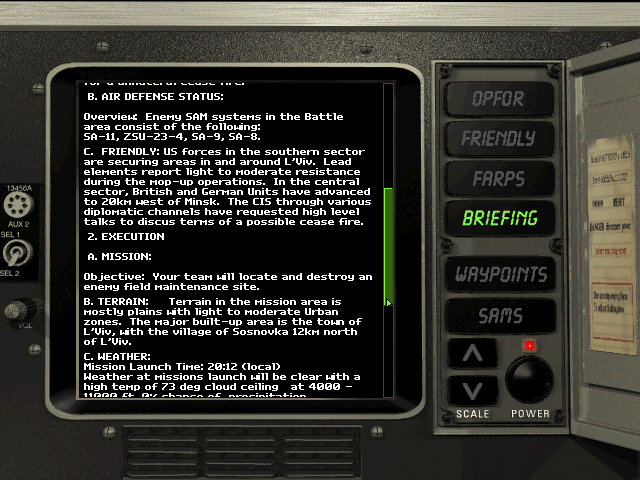 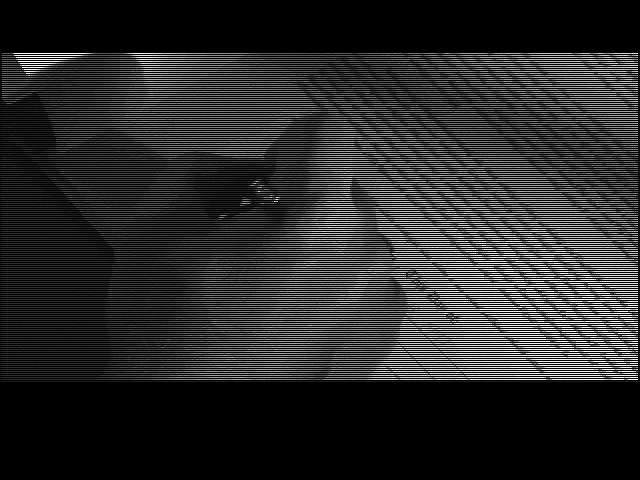 Until finally we get to the end. The CIS withdraw and the peace treaty is signed. 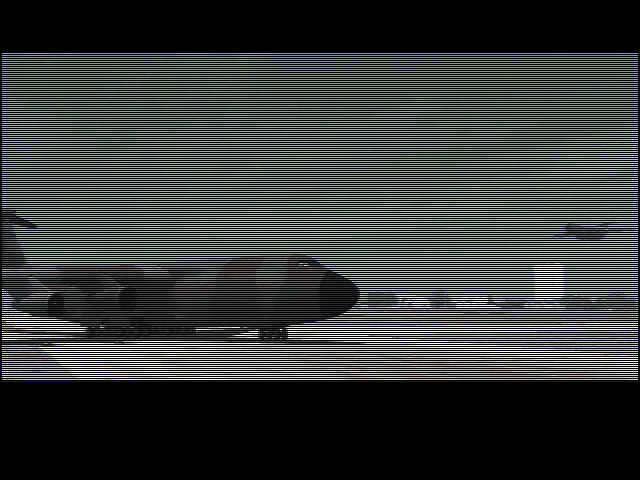 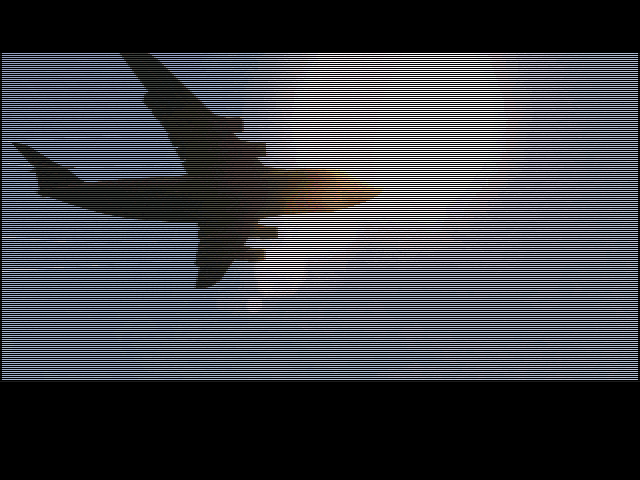 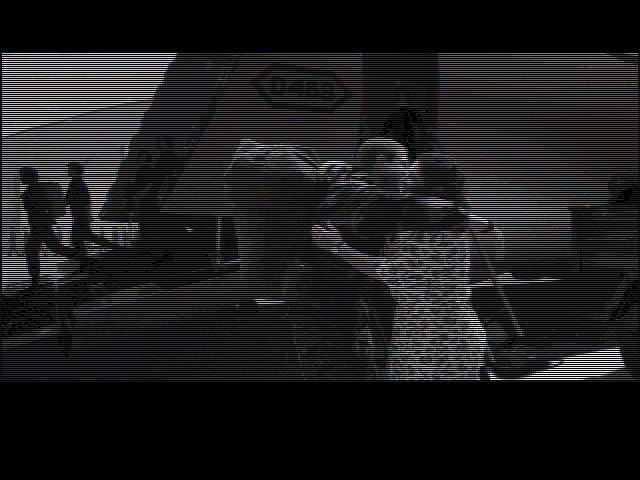 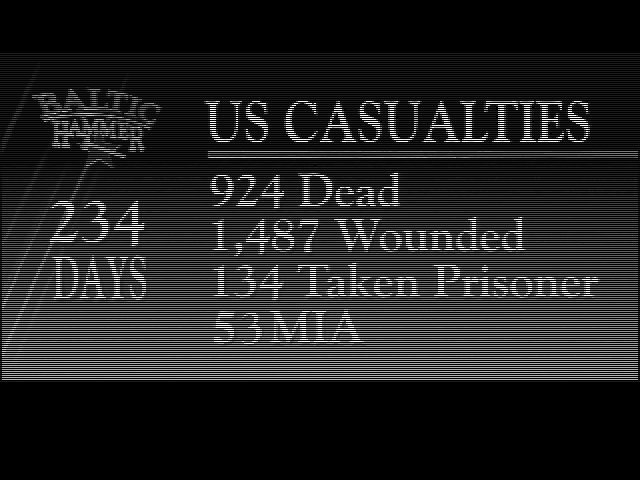 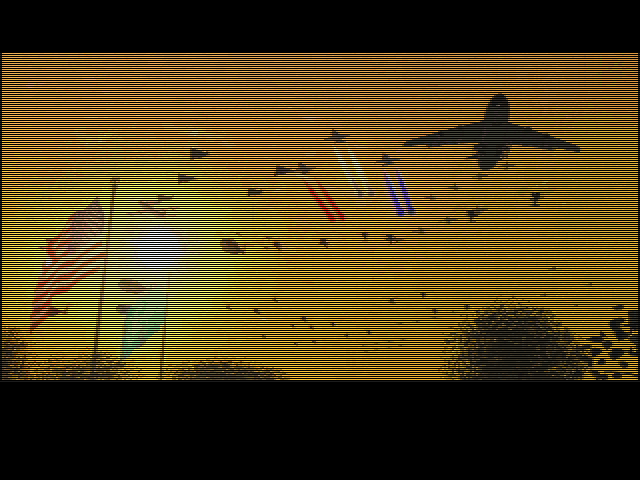 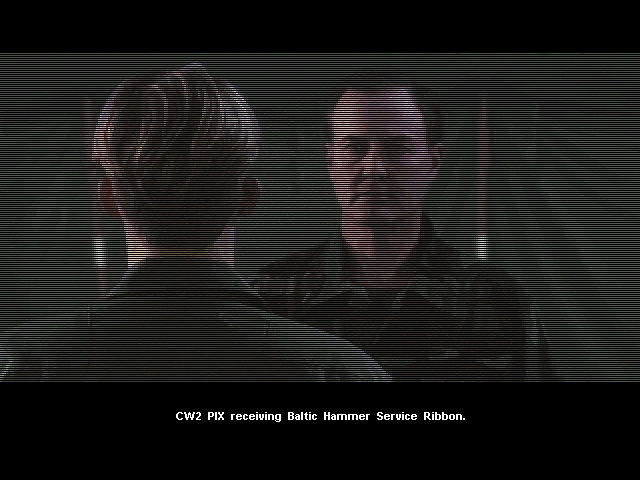 I get a medal and I think I deserve it for getting to the end. There really was no major difference in any of today’s missions. I suppose it goes with the flight sim mentality – people will play the latest MS flight sim and fly a 747 across the Atlantic and the like and compared to that this is exciting stuff. Each mission here is just an opportunity for another flight with a bit of an incentive of a few cutscenes but I just don’t understand the appeal. Learning to fly the Apache was quite entertaining and the first few missions were ok but the novelty wore off quickly and I’d swear that each mission was getting further away from my base each time and really testing my patience. It took a full ten minutes to fly to the furthest point in the last few missions and the same to fly back again with nothing happening for most of the time – this is not my idea of fun. I’ve taken to listening to audio books at the same time as playing this game in fact. Clearly this is a good flight sim but even more clear is just how much I detest the genre which is a pity given whats coming up next.