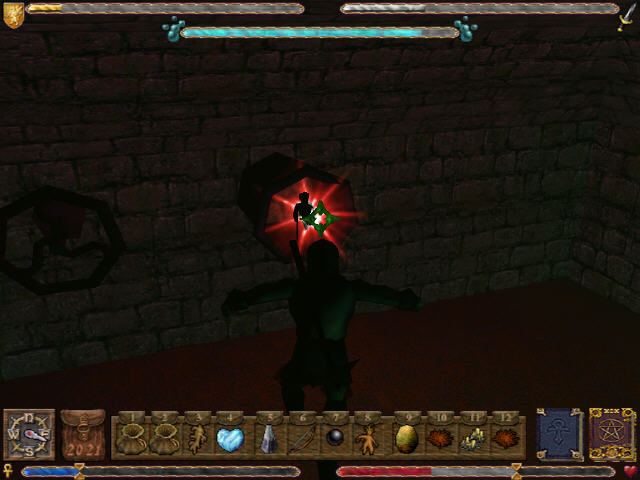 I start today by exploring the new area of dungeon I opened up. I quickly find my second statue underwater. 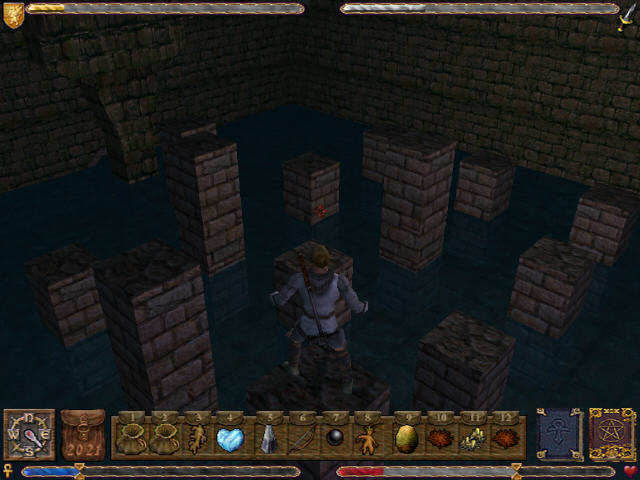 I then get to an area with loads of columns. These rise and fall and I have to learn a route through them by trial and error to allow me to get to the final raised area. 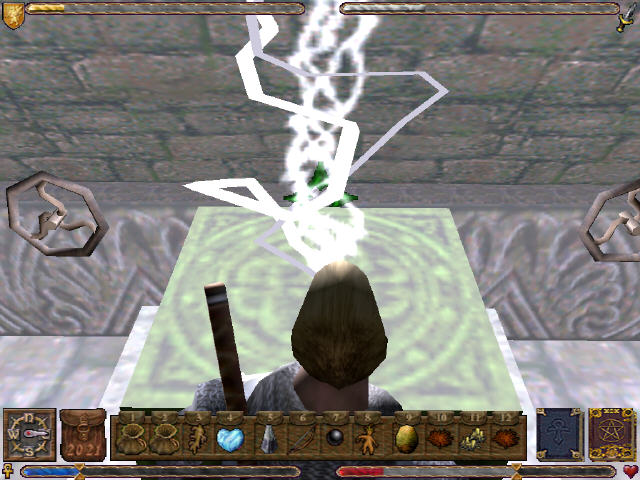 As well as a couple of valves to open gates, there is a coloured podium here. This entire dungeon is about putting the matching statue on each of these podiums. I happen to have this one with me and do this now. 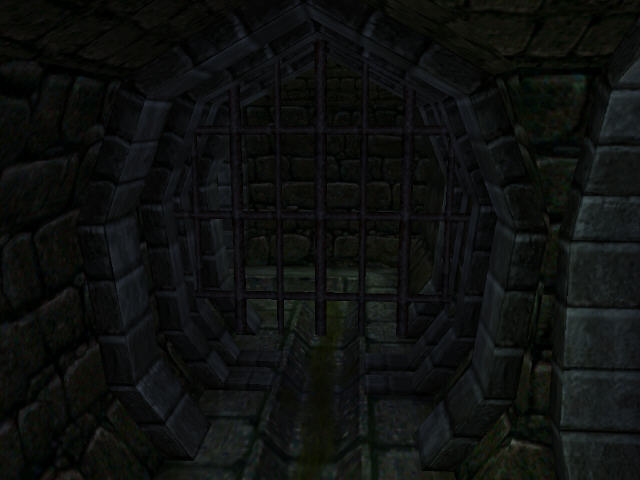 I see a cutscene with one of four gates opening up. 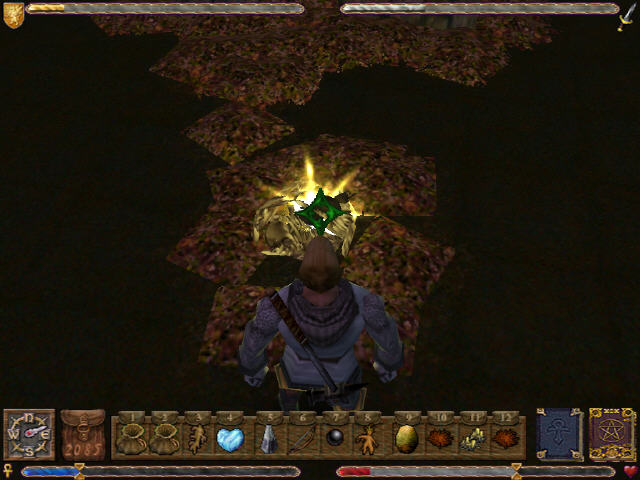 Another statue is again underwater. This time I can use a valve in the room to temporarily lower the water and grab it before the room floods again. 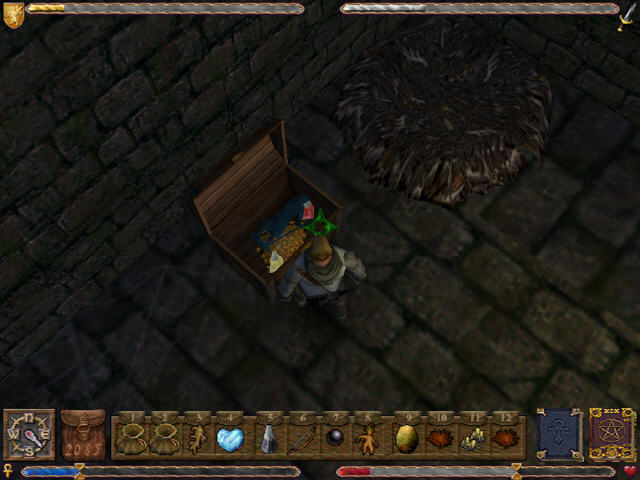 I find the final statue for this section in a chest. 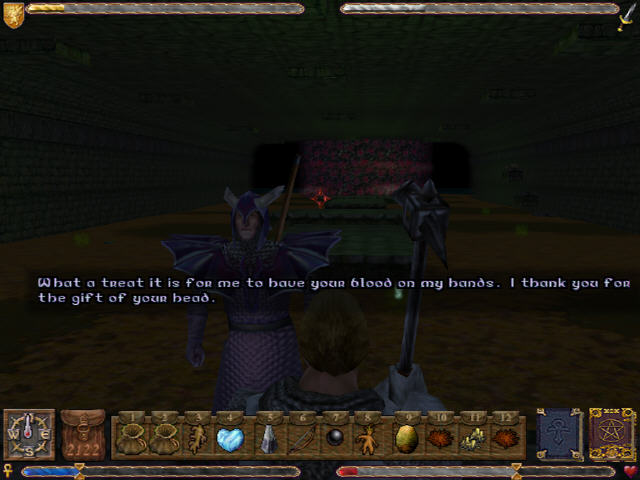 I’ve still not discovered all of the podiums but before searching for all of these I run into the bottom of black column. Its in a sewage filled room guarded by another wyrmguard. He isn’t any trouble – I have more problems with the fish in the sewage while I’m trying to swim to the far side of the room. 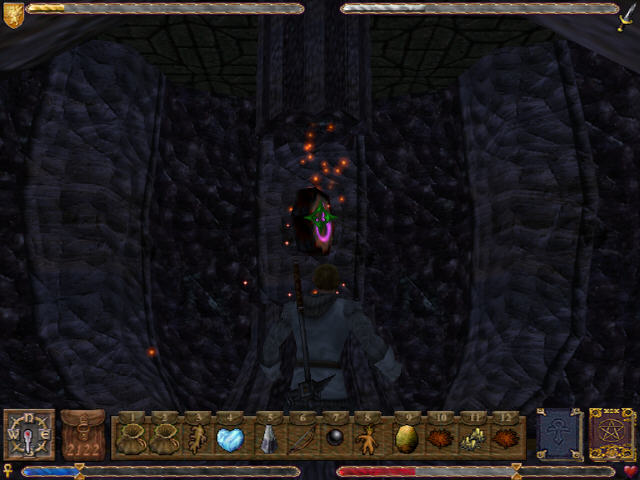 I swim around the back of the column and can get inside to get the glyph from here. 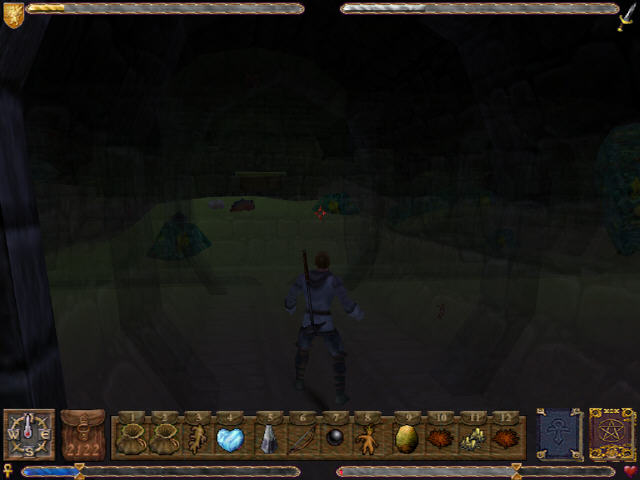 I quickly find all the podiums after this, opening up the gates to allow me to this new area of dungeon with see through walls. This reminds me that I’m at the bottom of the ocean if I’d forgotten earlier. 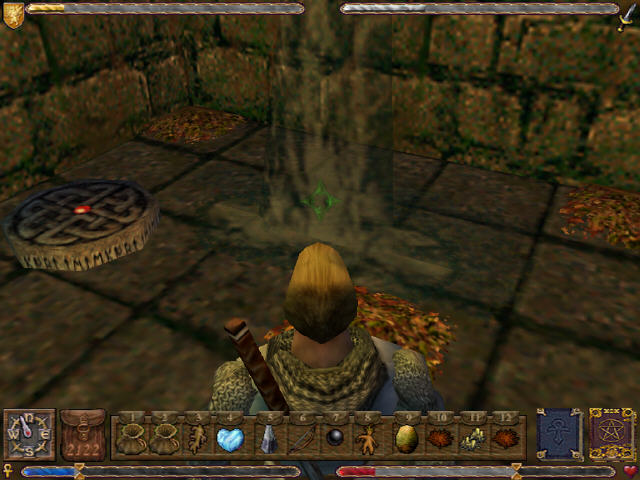 This next area of dungeon is entirely optional. The story goes that RG found it so difficult in playtesting that he ordered a teleport put here to bypass it. I’m not going to be skipping it here though, so lets see if it is all that difficult. 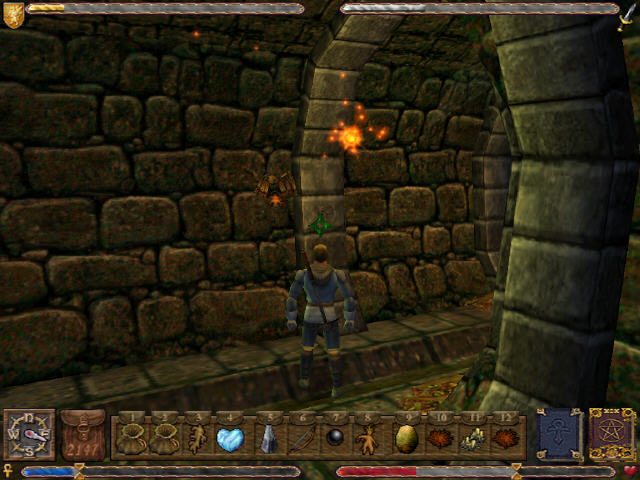 The first puzzle of note is a section of little valves where I have to flick them in the right order. When I get the order right a light comes on, but I have to start again if I’m wrong. In effect they are numbered 1-8 and I always have to turn a higher value one for it to light up. 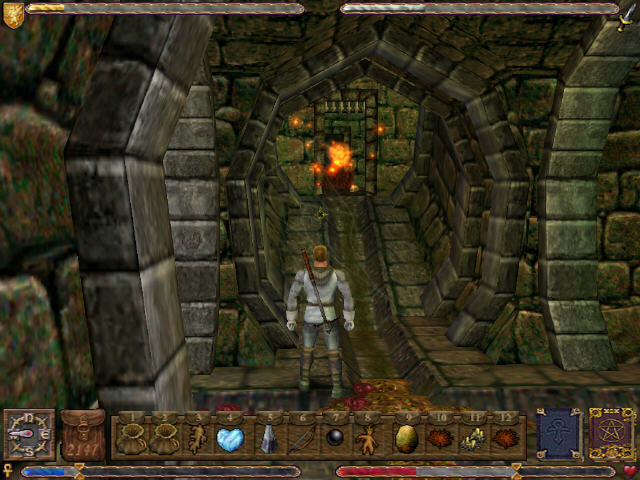 After a lot of trial and error, I manage this puzzle. This has definitely been the hardest puzzle in the game so far but it wasn’t too bad. 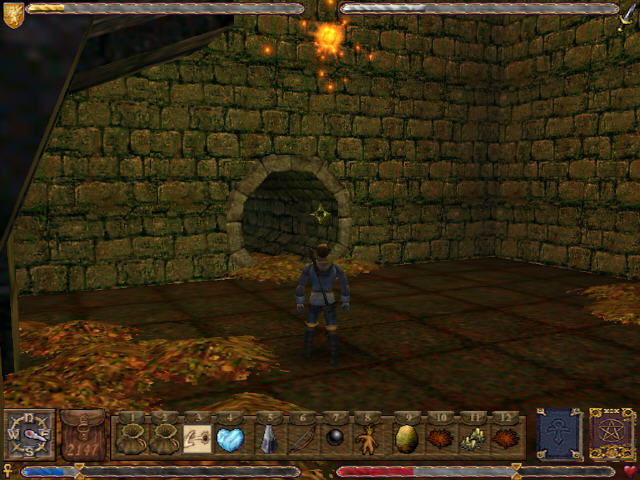 Next is a funny little section where I shrink for a while and go into this little tunnel to turn a valve – why the tunnel wasn’t just made larger I have no idea as nothing much is made of the shrinking. 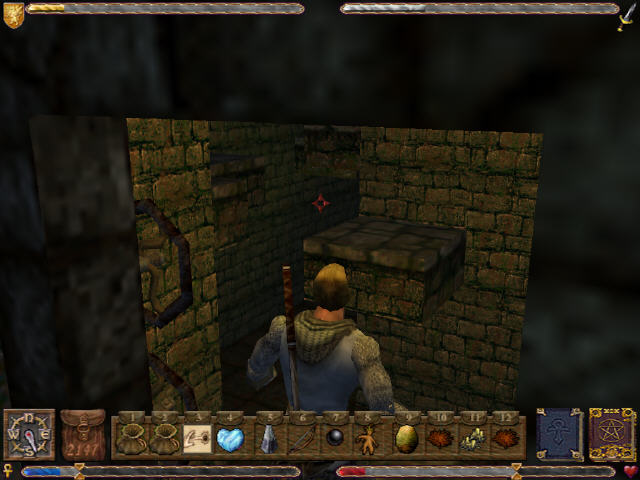 Turning this valve floods the tunnel I came here in and allows me to swim up to a new area through the ceiling. This area has more valves which move platforms around. The options here are limited and this bit is quite easy. 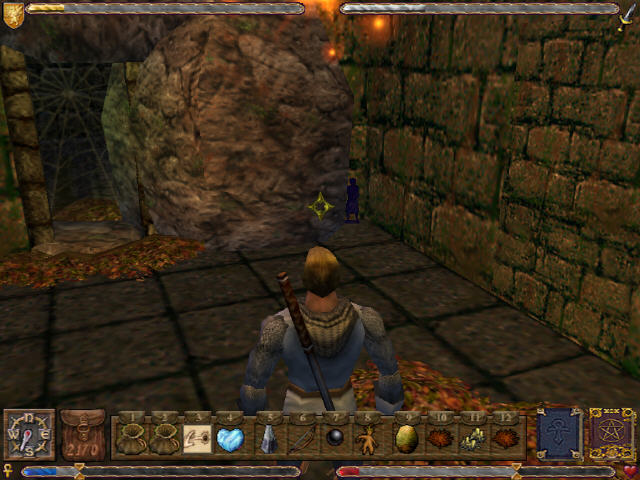 There is a whole new set of statues for this optional area and I find a new one here. I also got one in the transparent area earlier. 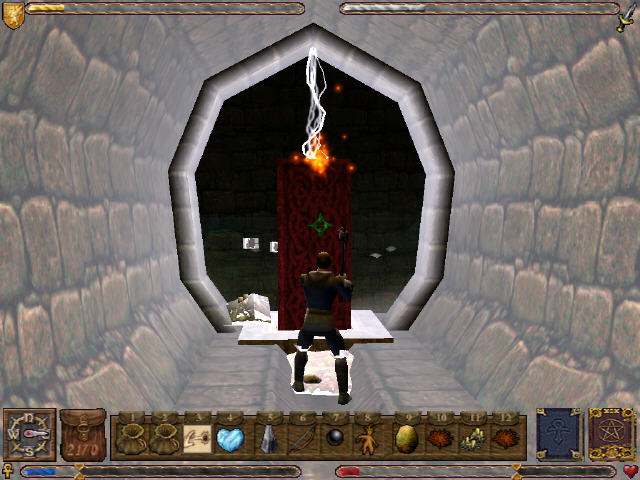 Just down the corridor is a new podium for me to use which opens a gate somewhere. 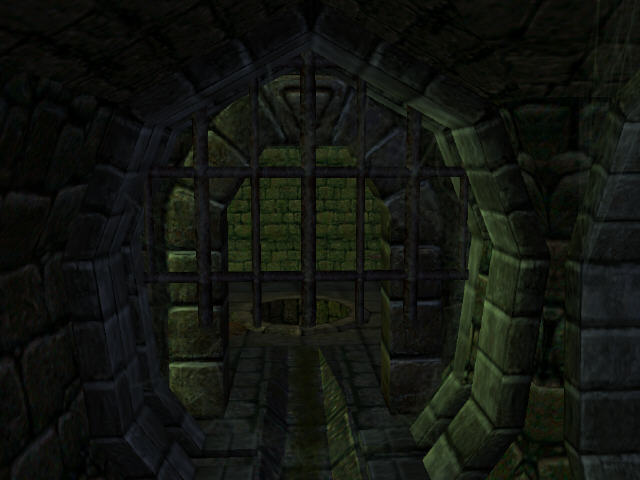 It’s not anywhere I’ve been yet but I get to see the gates opening as ever. 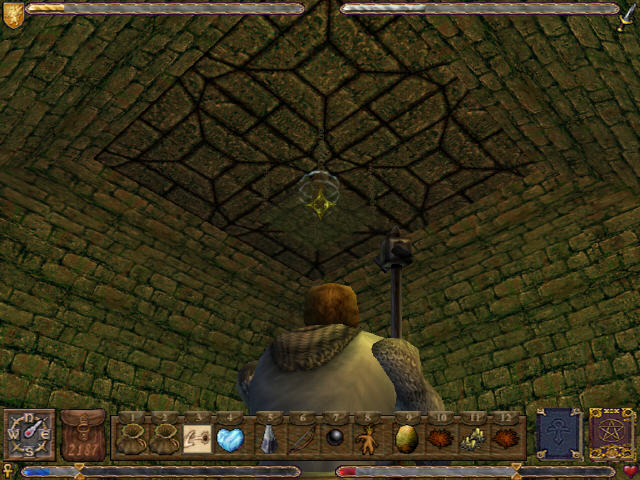 The new passage is back near the 8 valves puzzle. It allows me access to more underwater areas – these don’t appear to have been playtested as I struggle to climb back out of them. I have to resort to using the games dodgy physics by dumping a large item in the water, then climbing on top of it. I find another statue at least and have to use the long forgotten gust spell to blow it off a little shelf. 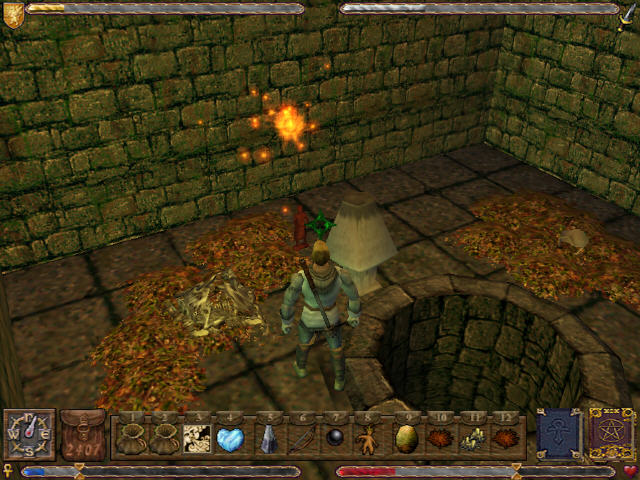 In a similar area I find another statue hiding under a giant pot. This takes some discovering. This area of the game is without doubt the hardest so far and I can see why it was removed. 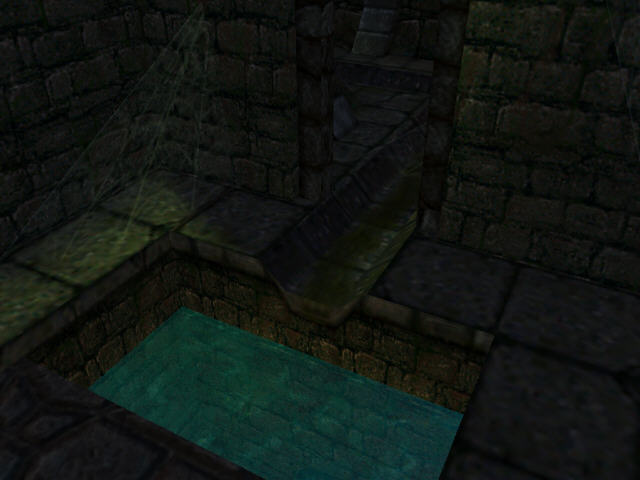 There was a podium right, back at the entrance to this area which I now have the statue for. Using this now opens up a small pool in an adjacent room. There is a little valve in the pool which opens the exit. 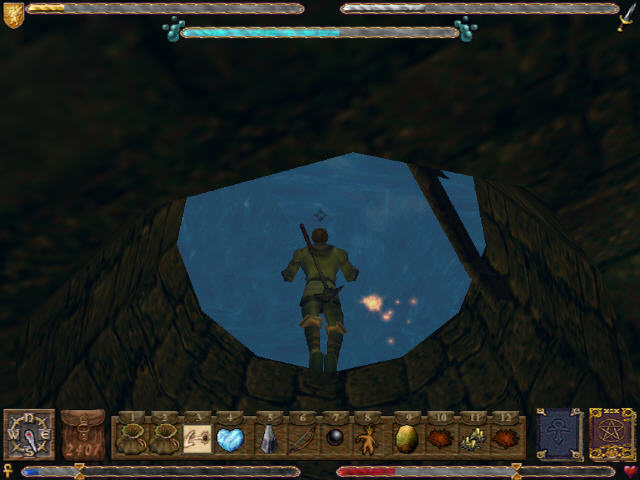 I swim through the exit and this takes me right back outside and I emerge just by the shrine. This second half of the dungeon has been difficult but other than the dodgy waterline preventing me from climbing out of some areas it played fairly well if you ask me. The dungeons are supposed to be challenging – it perhaps would have been better later in the game but it wasn’t ever frustrating. 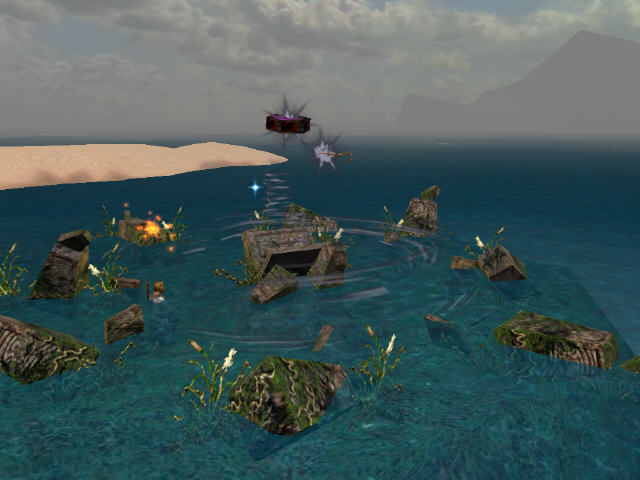 I go through the shrine cleansing process and get another stat boost – to dexterity this time. 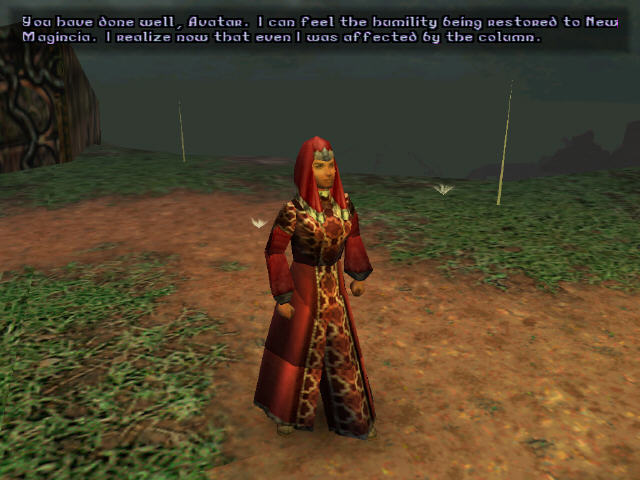 I pop back to see Katrina and she realises now how the column was affecting her. The next job is to go back and see Samhayne. After that, I’ve got some tidying up to do. I’ve got a couple of sub-quests to complete back in Britain + I’d like to see if I can get the light heal spell bound into my spell book as I could really do with it.