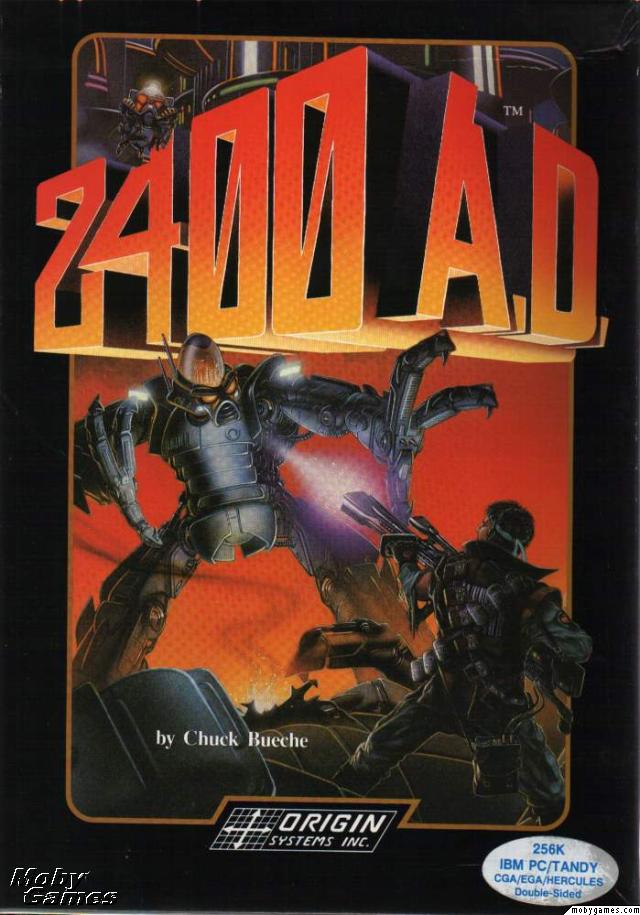 This will be a short post as I haven’t actually played the game yet. I have quickly read the manual though so I can at least describe the storyline. The plot is that the planet the game takes place on was colonised by humans in the 23rd century with the help of Tzorg scientists. A city called Metropolis was set up, and the Tzorg’s gradually took the top positions in society over the next 100 years. The Tzorg diplomats were then withdrawn without explanation and shortly afterward the Tzorgs attacked. Metropolis was turned into a prison, but eventually the Tzorgs had to withdraw and leave the planet entirely run by cyborgs. Your mission is to get into the mainframe and flick the switch which will turn all the cyborgs off and free everyone.

From the little I know, the game plays very much like Ultima 4 even using the same conversation system. I’m guessing that this will be kind of like the World of Ultima games, with the Ultima 4 engine instead of Ultima 6. It should be a decent game if that is the case so I’ve fairly high hopes for this one. Not sure I’ll get chance to play it much this weekend though.