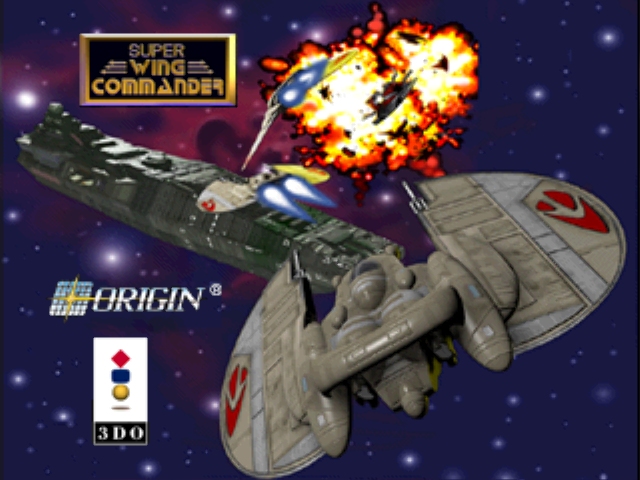 I was going to have a look at Origin FX next but true to form, I’ve changed my mind and am instead going to finally play Super Wing Commander for the 3DO. The first thing you might notice here is that I’ve started up the day count again in the post title, since this is after all an actual game published by Origin. For anyone who ever wanted to know how many days it would take someone with too much free time to play every Origin game, you will probably get your answer fairly soon as I’m intending to look at the remaining 3 titles one after another.

This game was published in 1994 for the 3DO although I also understand it appeared on the Mac as well. It’s an updated version of Wing Commander which wasn’t exactly old at that point having been published only 4 years earlier. It brings the graphics up to something approaching Privateer levels, but being a CD only title it also includes full speech and FMV cutscenes.

I’ve avoided playing different versions of the same game so far in the blog. This one makes it onto the list mainly for the pedantic reason that it has a different name, but also because it’s a serious modification to the original rather than just a port. There is also the fact that I’d quite like to play it at least the once. The question I ask myself before I play this is whether any of the new features will mean this actually improves on the original? 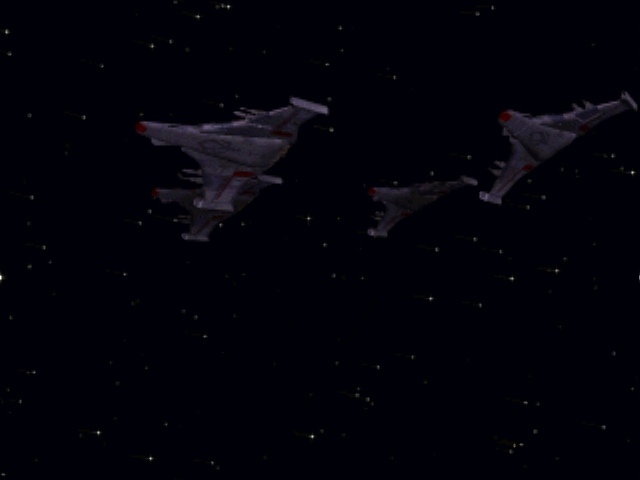 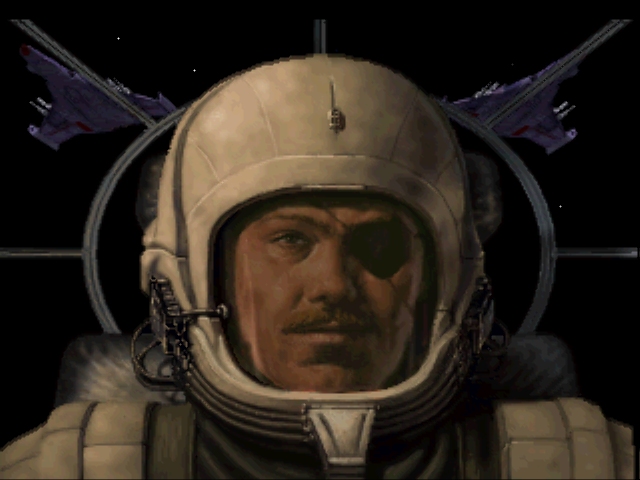 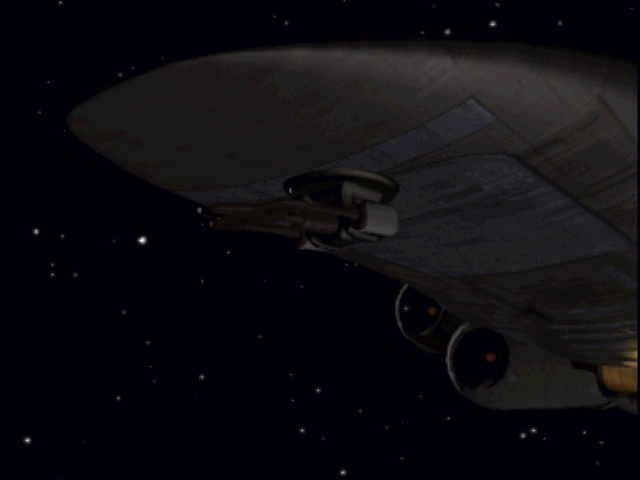 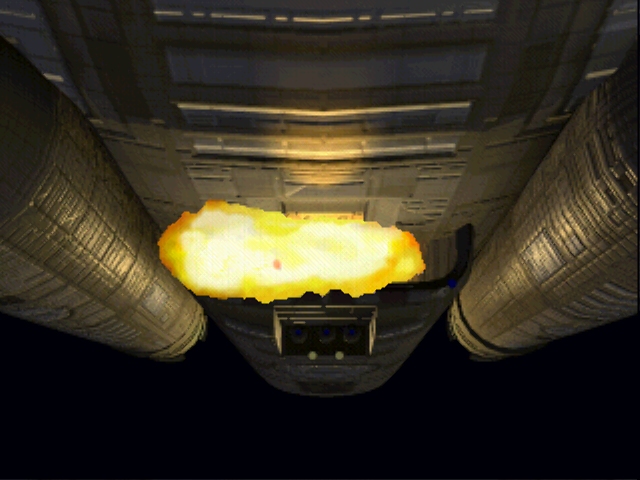 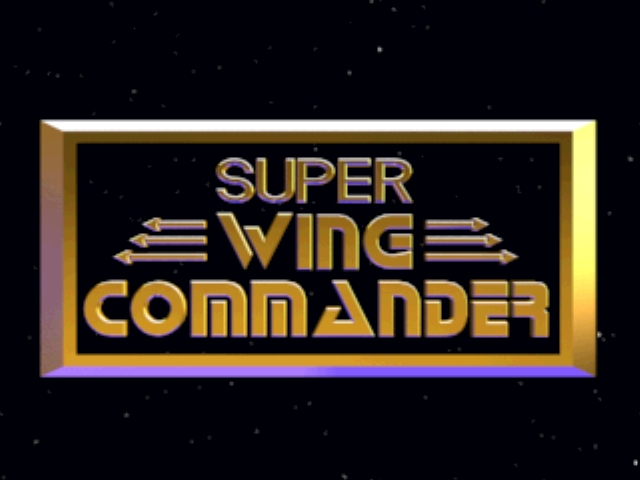 The old intro is gone and replaced with a well rendered and badly acted one showing Paladin and his wing attacking a capship. This first piece of acting is not boding well for the rest of the game but the FMV was certainly pretty enough for 94. 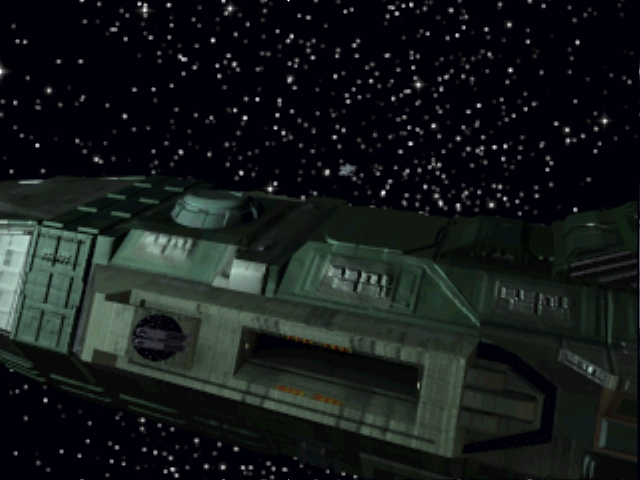 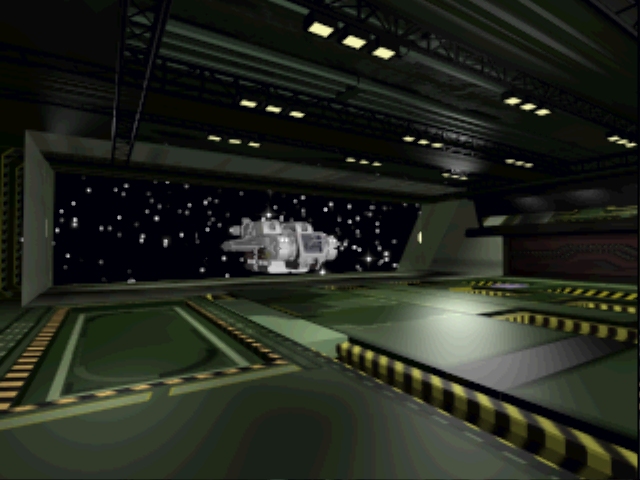 I start the game proper and it’s apparent that the Tiger’s claw has undergone something of a makeover for this game and is unrecognisable apart from the green colour. 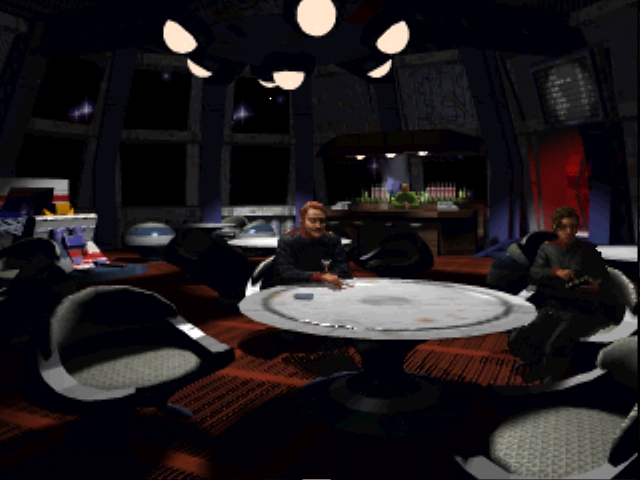 The start of the game is immediately familiar for any WC veteran. It may not look the same but it’s the bar from WC1, with the same characters sat in the same places…. 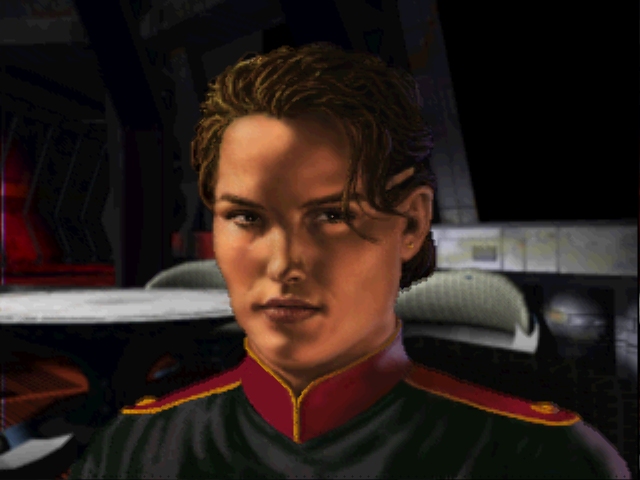 …. and they even speak all the same lines. Angels dialog about 1.4 missile strikes to kill a Salthi/Dralthi is straight out of WC1 although with full speech this time. The dialog in Wing Commander 1 was perhaps not the most realistic ever and hearing it read out in an appalling monotone French accent isn’t doing it any favours I have to say. The characters are very nicely drawn however. It may not be what I’m used to but I’m liking the look of the game a lot already. 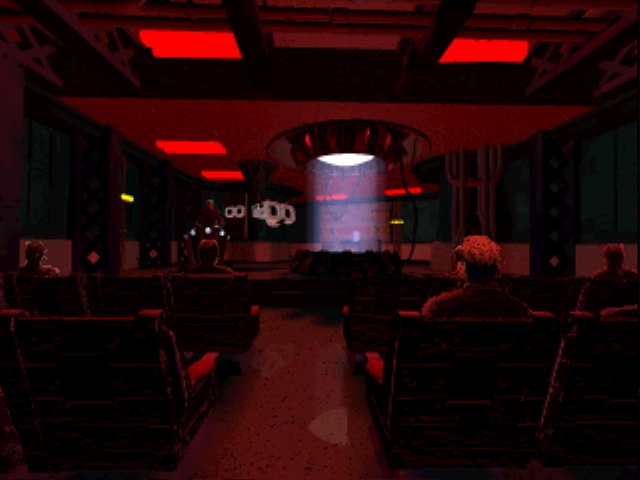 The briefing room is a much darker affair but the briefing itself is word for word the same. We have a fancy 3D nav screen for this to show the mission and probably makes more sense than the old 2D ones. 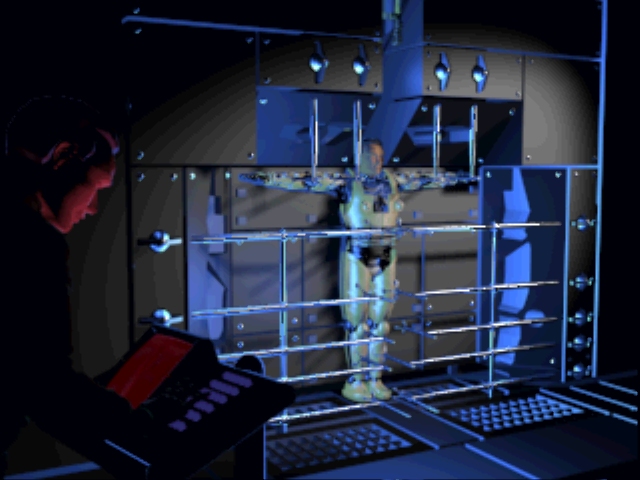 The good old launch sequence is replaced by a very futuristic affair where my space suit is moulded around me by a machine…. 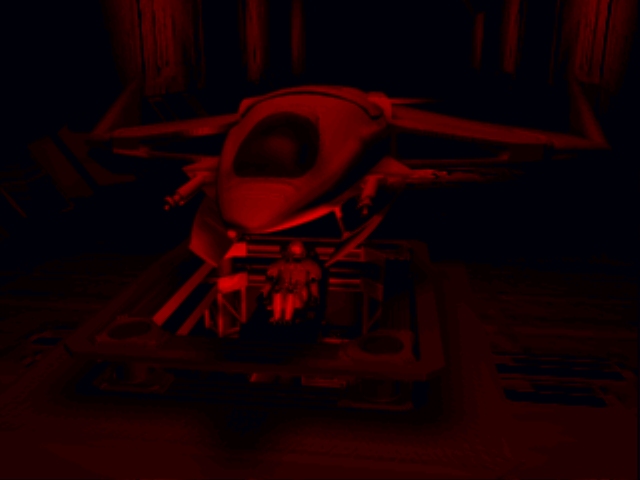 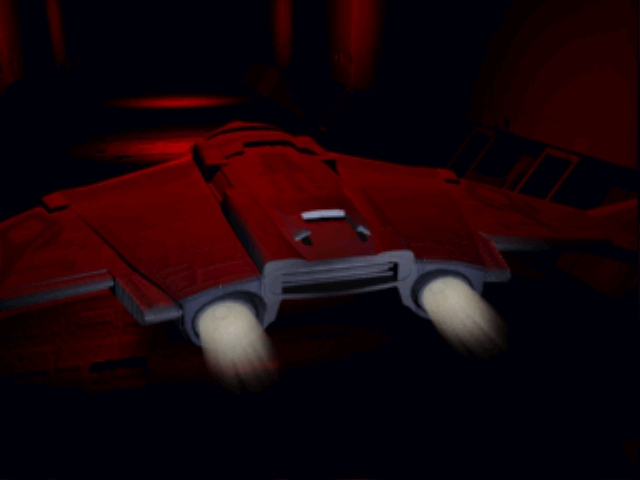 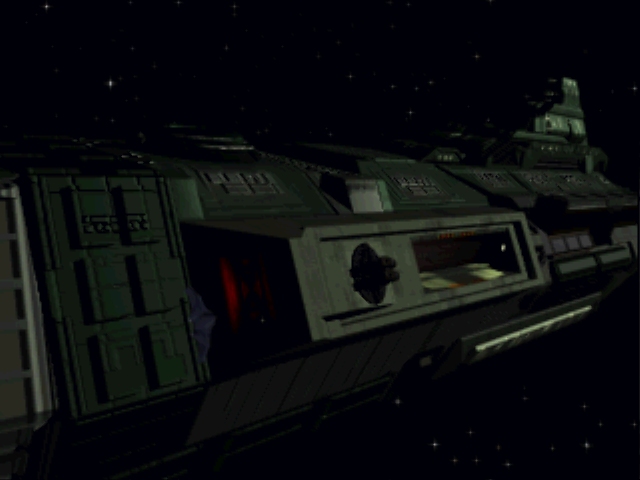 … before I’m pushed into my cockpit by a giant piston and launched. I quite like the sequence although it’s hardly what I’m used to. I expect I’ll be skipping through it after 4 or 5 missions but that’s nothing new. 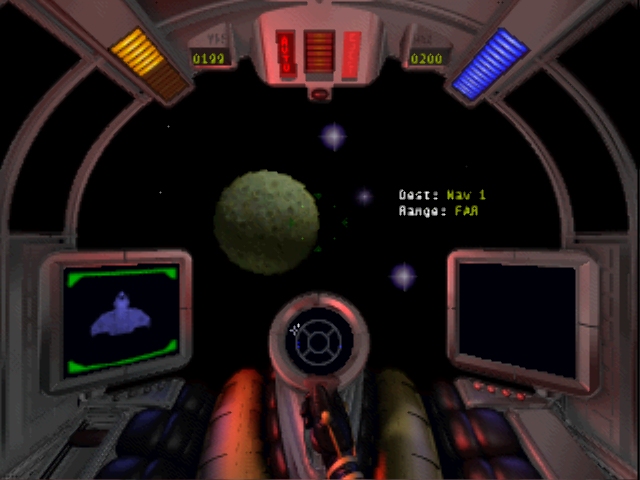 After all the changes, the cockpit feels immediately familiar. I should probably talk about my experiences trying to run the game at this point as this is where I’ve been struggling. There is only one 3DO emulator available called Freedo which hasn’t been in active development by the original author in some time. The final version would play Super Wing Commander but with no joystick support which is hardly ideal. A while back some Russian developers picked the project up and improved things somewhat but I still couldn’t get the joystick working. I have recently found an English translation however which worked straight off.

This still wasn’t perfect however as it only used the analog joystick digitally. I.e. all on or off in each direction. This fits with the standard 3DO controller but according the the SWC box, it should support analog sticks. I never did figure out a solution for this so I started trying to play with the analog joystick as it was and it actually worked pretty well until I had to start issuing orders to my Wingman and ultimately attempt to land back on the Tigers Claw. The problem here is that there is no keyboard support so all commands have to be issued through button combinations. This is less than intuitive at the best of times but some of these combinations on a HOTAS joystick required some serious finger contortions, so in the end I’m just playing it with a gamepad using the d-pad to control the ship. This isn’t ideal but it will be good enough. If it makes some of the missions tougher later on then I can always cheat using save states since I’m on an emulator. 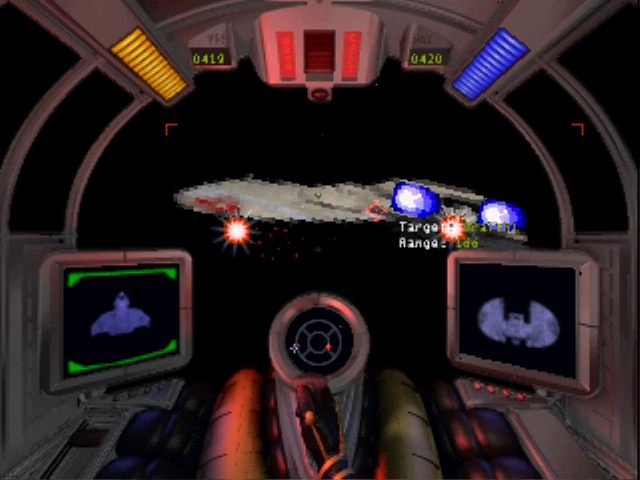 The in-game graphics don’t look too bad. The ships are certainly less pixellated than their original equivalents although I’m not sure I like the actual models as much. The d-pad appears to be adequate for combat. I did originally play Wing Commander using cursor keys many years ago so I know it should be possible. Using button combinations to issue commands and select weapons feels very awkward though. I may get used to it eventually but it’s not very intuitive. 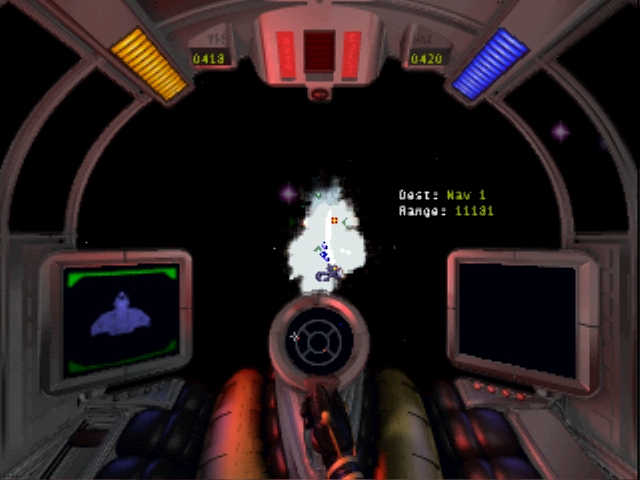 I definitely don’t like the explosions. This while cloud is a lot less satisfying than the balls of flame I remember from the original game. If the enemy A.I. has been tweaked at all, I can’t say I notice it. Gameplay wise it appears this really is going to play exactly like the original. 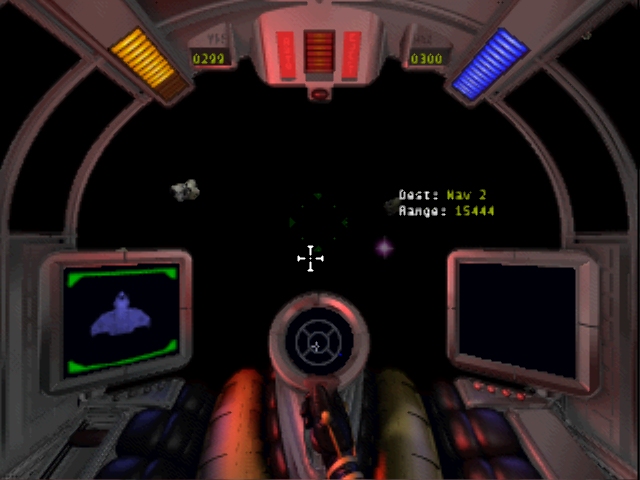 Even the music in this mission is familiar and could be the same as was used in the Kilrathi Saga remake. This being the original mission, I have to take on a couple of asteroid fields which I never did enjoy in the original game as the asteroids had a nasty tendency to come out of nowhere at warp speed. Here it’s much improved and I can see them coming from a good distance. 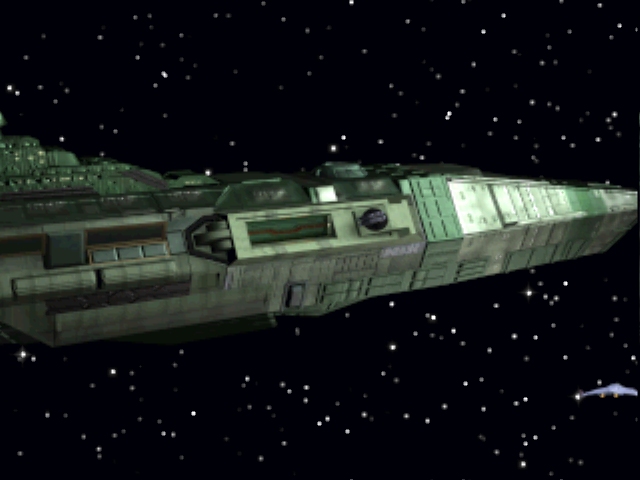 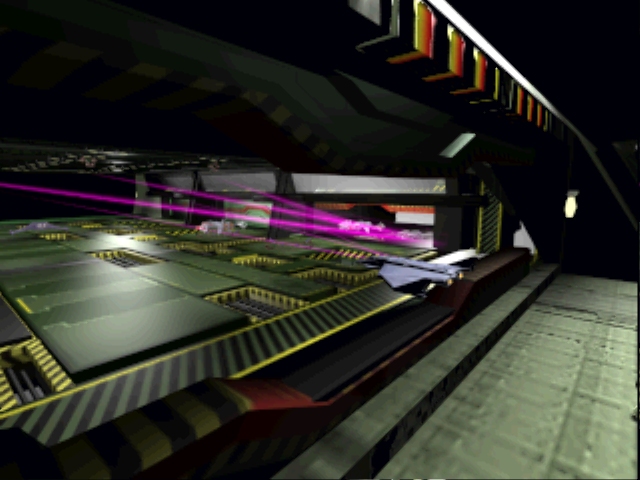 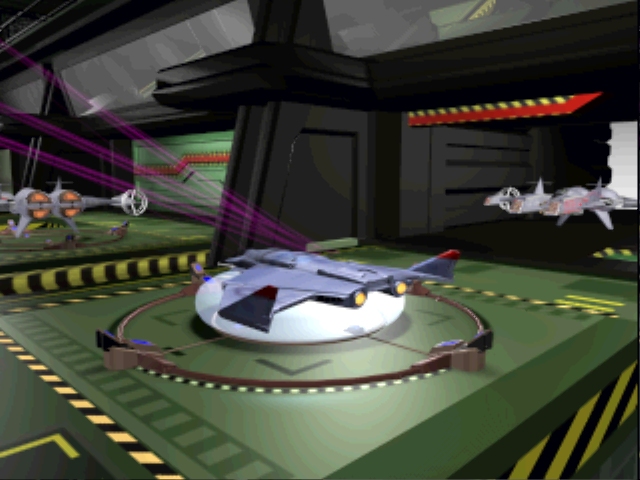 After clearing a couple of nav points and flying through the asteroids, there is a suitably impressive landing sequence to end the mission and I get my mission debriefing just like in the original game. It sounds less than natural when the kill scores are being read out but you can’t have everything.

Having played through the one mission, I’ve decided I’m not going to blog my journey through every one, since it is after all the same game I’ve already written about a couple of years back. I think that I’ll just do a quick summary after I finish the game and maybe shove in a few screenshots of the ending. I expect I’ll make my way through the game fairly rapidly since I know Wing Commander 1 inside out. My main problem is going to be getting used to the controls. I expect I’ll spend about five minutes trying to figure out how to swap to torpedo’s the first time I have to attack a capship.
My first impressions are mixed. It’s very strange playing something that I know so well after it’s been changed like this and I can’t help but feel that I’d much rather be playing the PC version again. However, if I attempt to look at it as though I don’t know the original game, then it’s looking pretty good. The production values are top-notch and the graphics are fantastic. It’s just been let down by the acting. I possibly shouldn’t be too harsh as a lot of voice acting in the first CD titles was awful. I’ve heard things like the FM-Towns Ultima 6 and why anyone would voluntarily play that version over the PC one I have no idea. I’m going to look for an option to turn off speech and switch on subtitles but failing that I’ll grit my teeth and see if I can get used to it.