Coming back a day later the mission against Kur didn’t seem all that hard and I finish it after a few attempts. I think the biggest problem is I just don’t like the rapier all that much . 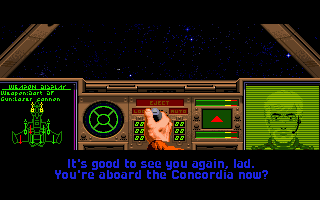 Next mission I have to escort Paladin back to the Concordia. Thanfully I don’t get too many more Rapier missions after this and I’m upgraded to a Broadsword. 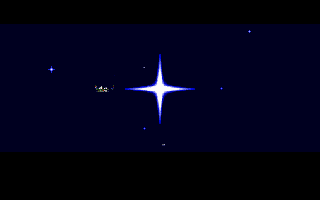 The first mission in a Broadsword with Doomsday as my wingman is a bit of an epic – I have to jump out of mission and destroy a supply depot. Jumping out of system is a first for this mission but its not much different really to just autopiloting to the next point in effect. 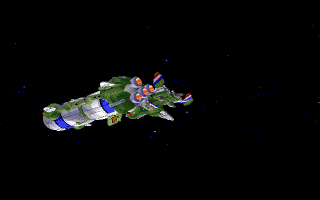 At the other side of the jump I have to refuel before taking out the depot. This is another really nice 3D animation. 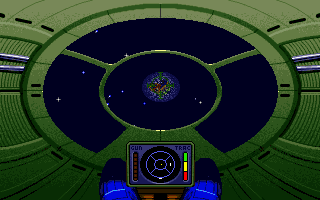 Doomsday ends up ejecting halfway through the mission. You can actually tractor him into your ship using your rear turret ensuring he survives for the next mission. 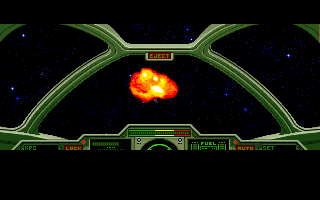 The next mission has me jumping out of system to escort a courier back in with some data but she blows up the moment I get there ejecting a data capsule. I have to kill everything then tractor it back in. The game is definitely getting more interesting with these Broadsword missions. The ship is perhaps not the most fun to fly as its really slow – I do get to use the turrets a bit to compensate but the front mass drivers on this ship are lethal if you can get something in your sights. 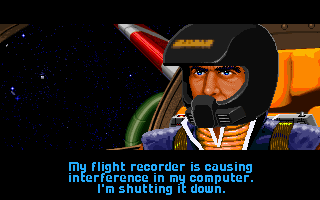 A mission or two later and I’m flying solo and run into a load of stealth fighters again. Once more my flight recorder malfunctions. 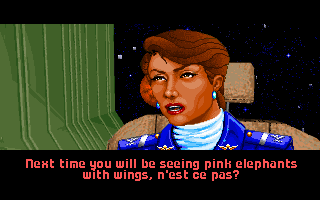 And Angel doesn’t believe me still. The next few missions I get to fly an Epee with Spirit wingmanning. This is a really fast ship but with decent firepower and very fast charging shields. Its quite a fun ship to pilot – theres no waiting around for shields to charge and requires more skill than just aiming like the broadsword. I breeze through all these missions in no time. 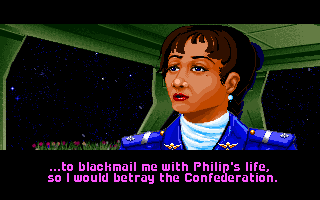 A few mission later and we discover that Spirits fiance captured 10 years ago is still alive and the traitor tried to blackmail her with this information. She refused but has therefore condemned him to a slow death. 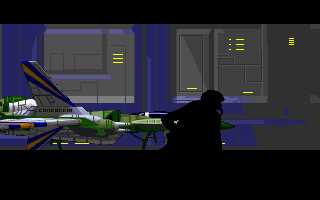 Spirit learns that her fiancee is on the Heavens Gate station which we both get sent out to destroy. This is the first time for me flying the games best ship. 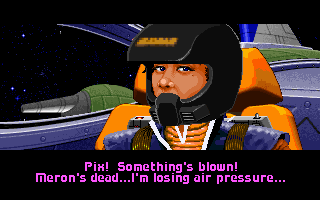 Partway through the mission, Spirits ship has some sort of explosion – premably sabataged by the Mandarin. 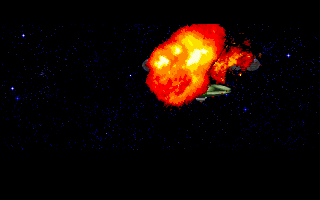 Rather than eject she flys into the station and takes it and herself out. This leaves me with a pretty tough fight – I take out most of the fighters but get blown up so I’ll be back to this one tommorow.

Its picked up a bit since the first day I feel . The new ships are much more fun than the Rapier and the difficulty level seems about right. I must be 2/3 of the way through it now at a guess and will try to finish the game up tommorow night.