As I suspected, the UK press liked Descent a whole lot more than I did with all of the reviews I found scoring around 90%. The bulb on my scanner has gone so it’s photos only I’m afraid until I get it fixed/replaced. I’ve uploaded the images unaltered so everything should be just about legible.

The first is a matter of fact review from the April 1995 PC Review:- 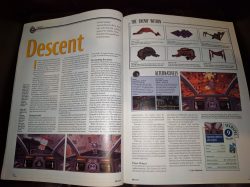 Next, the March 1995 PC Format describing Descent as the first game to better Doom:- 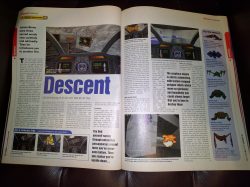 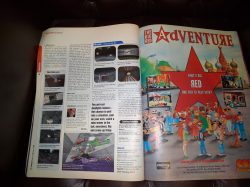 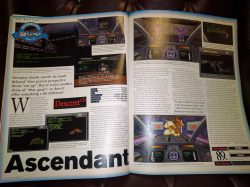 It scored 94% in the April 1995 PC Zone write-up, featuring an alleged guest appearance by David Hasselhoff:- 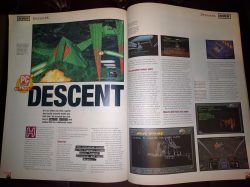 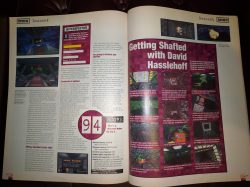 And finally by request, here is a review for Descent 2 from the April 1996 PC Zone:- 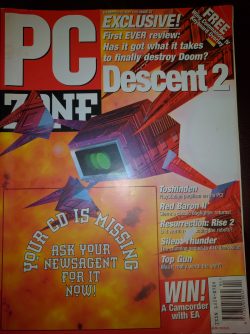 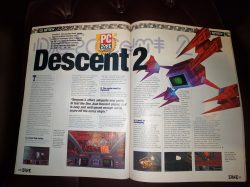 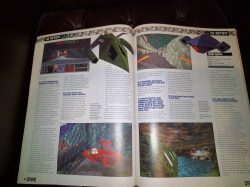 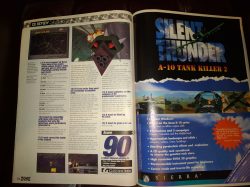