After heading up both Crusader games at Origin, Tony Zurovec left to join Digital Anvil with Chris Roberts to produce the PC game Loose Cannon. This was an action/adventure game with some RPG style elements directly inspired by Origin’s Autoduel. Unfortunately, the game never saw the light of day. Zurovec left Digital Anvil in 2000 taking the game with him and had left the project entirely by 2001 to found his own company. After this, the game morphed into an XBox only title with a strong online element which also got cancelled. 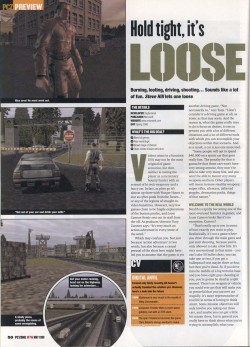 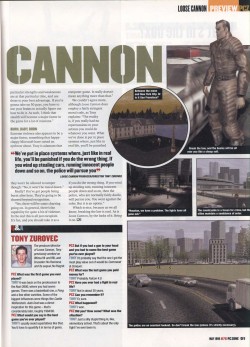 This preview of the game is from the May 1999 PC Zone. It’s hard not to think of Grand Theft Auto looking at it now, but this would have come out a year before GTA3 had it been finshed by 2000 as planned.