I’ve managed to finish Netstorm now, slightly faster than I expected. My enthusiasm for the game has lessened a little mainly due to a few quirks/glitches I’ve run into. First off, I had to abandon playing the game on my Windows 98 machine and move over to my main PC, off-colour palette or not. This is because the game has a habit of freezing for long periods of time when there is a lot going on. It got to the stage on one level where every unit I clicked on started a minute of waiting. Some pauses are still evident on my new PC but less often and it clears them much faster. God knows what this would have been like on the minimum spec of a P90 though. There was a patch made for the game at some point which might help, but I’ve not been able to find anywhere to download it so I’m stuck with the release version.
I’ve also had a few issues with the gameplay itself. On some of the levels, new sources of storm crystals keep popping up around the map giving an inexhaustible supply. On one level, they popped up far too fast in my opinion leading to a stalemate where I simply couldn’t break down my opponents defences faster than he could rebuild them. I could get around it by attacking more quickly but it should have been designed to avoid this situation.
On another level, I have to work in partnership with another priest against 2 enemies at the same time. This sounds like a good idea except my colleague is fairly useless and I end up doing all the work. This wouldn’t be so bad except after playing the level for half an hour he captures the final priest, then proceeds to do nothing with him. This made the map unwinnable and I had to start again making sure I won the race to the priest second time around.
A fairly standard tactic which I’ve learned to use is to build a bridge very close to my enemies island at the start of the level. This blocks him from expanding outwards both protecting me and also giving me a platform to attack him from when I’ve collected enough storm crystals. Building the bridges over and over does get a little monotonous when you have to go back and retry the level. None of these quirks would be an issue if I was allowed to save my progress. 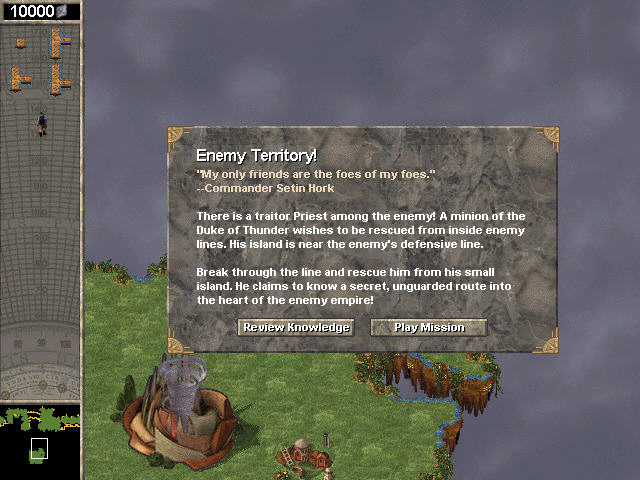 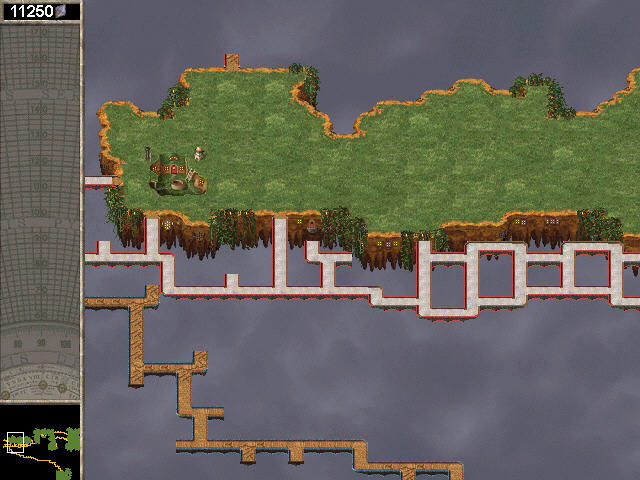 The difficulty level was a real up and down affair. You would expect it to keep getting harder but the penultimate level was ridiculously simple. It basically just involved building a huge bridge to an empty island, moving my temple to it, then building another huge bridge at the far side. The only tricky part was figuring out that I was supposed to pick up the priest I’m trying to rescue at the far side as though he had been subdued (which he hadn’t). There weren’t any resources to collect in the mission. 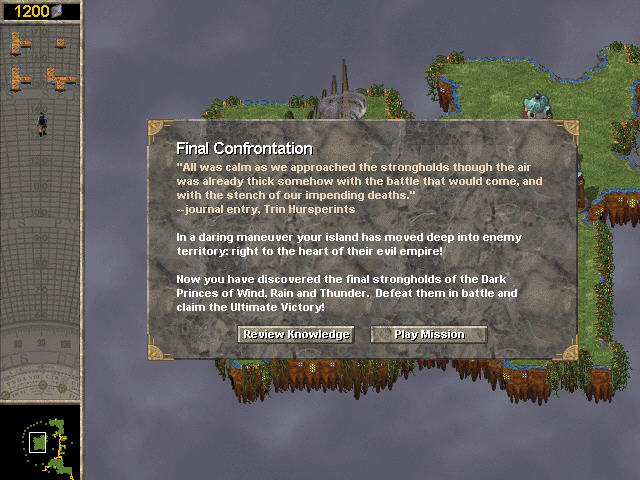 The last mission in the game is far more difficult although slightly less so than some of the earlier ones. I’m being attacked from all sides but as long I block the enemy off with bridges and take the nearest couple out quickly it becomes a lot easier. 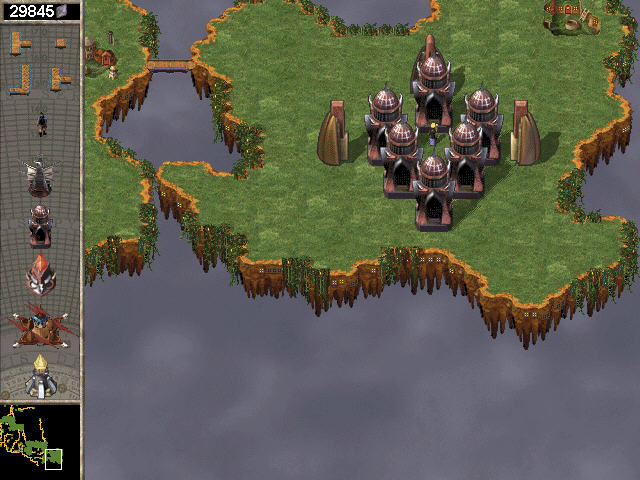 It’s something of an anti-climax after battling through so many other forces, but at the end I have to capture the Storm priest who does nothing except stand in the middle of a load of towers. I blast through them and sacrifice him to win the game. 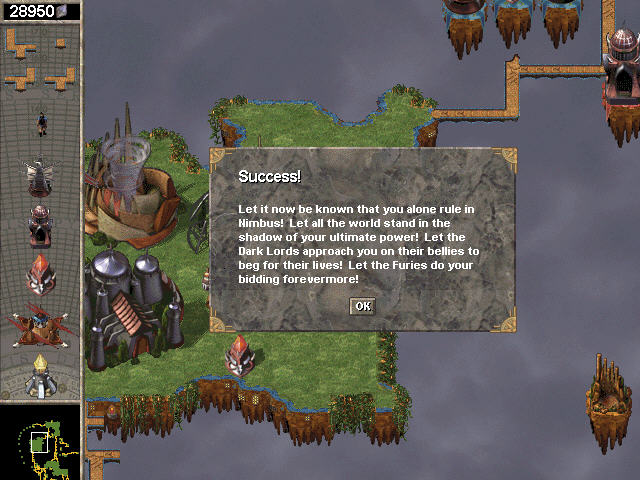 This wasn’t a game that I was ever optimistic about getting much of an ending and it was just as well as all you get for winning the game is the message above. I do get the impression that the single player campaign is something of an afterthought.
Despite that, I still enjoyed myself playing this. If I had a problem with a level, I’ve been able to go back and try again usually without too many retries required to get through it. I did struggle badly with the 2nd mission of the 3rd campaign but that was mainly because it required me to learn a new technique with sun barriers which hadn’t been introduced before.
Netstorm stands up fairly well for a 14 year old game. It’s outside of the genres I’d usually play but I’m not sorry to have given it a go. I can’t see it being a game I ever go back to myself and I’m not keen enough to look for some online games now I’ve finished it but if RTS is your thing it’s possibly worth tracking down.