Wing Commander Saga is still on hold as the weather this week has been far too good to be inside playing games. This review is taken from the December 1993 PC Format:- 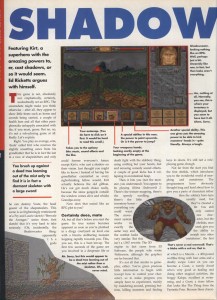 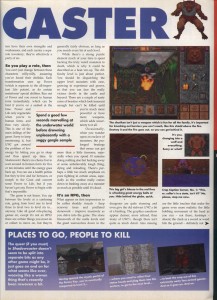 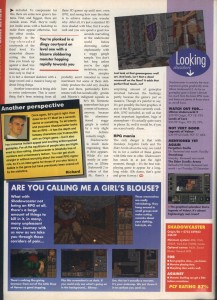 I could have done with reading this particular review before I played the game myself. I’d only seen the marketing and screenshots and was expecting another Underworld. I still liked the game enough to finish it but the waiting around referred to in the article does get a bit much. If you aren’t careful in the combat, this is the sort of game where you could read a book or watch a few movies during the pauses while you heal up.

I’m not entirely sure but I think I might have picked Shadowcaster up originally not long after it came out when I returned Privateer. Returning Privateer seems like sacrilege now but in my defense it simply wasn’t playable with the stated minimum specs and the price tag was a small fortune to me at the time. One of the main appeals of Shadowcaster on the other hand was just how smoothly it ran in a large window on a student grade PC.