It’s about time I played another game on here so I’ve gone back for another attempt at Starlancer. My last attempts at this were stopped by compatibility issues on new machines. Every time I thought I’d fixed it, it would crash somewhere else instead. Since then, I put together a Windows 98 PC for Longbow 2 and F-15 so in theory I shouldn’t have any problem running it on there. In practice, it still wouldn’t start until I got an exe with the copy protection removed but since then it’s 100% stable. I won’t go into the usual details about the since I’m retreading old ground and have already done it in previous posts. Instead, I’ll just give my impressions of it after playing half it’s 24 missions. 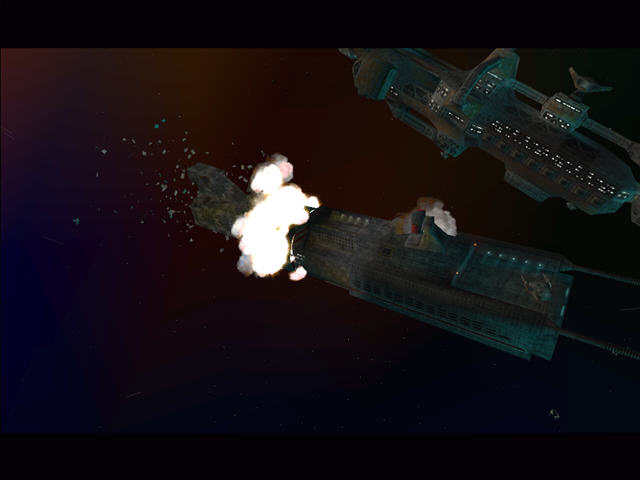 First off the graphics are best described as reasonable. The most impressive effect is when a capship blows up and an explosion cascades along the length of the ship. The actual ship designs are nothing too interesting but everything moves quickly and very fluidly on a Voodoo 3. I’m sure these graphics were good at the time but I think Prophecy has held up better as the alien ships had far more character. 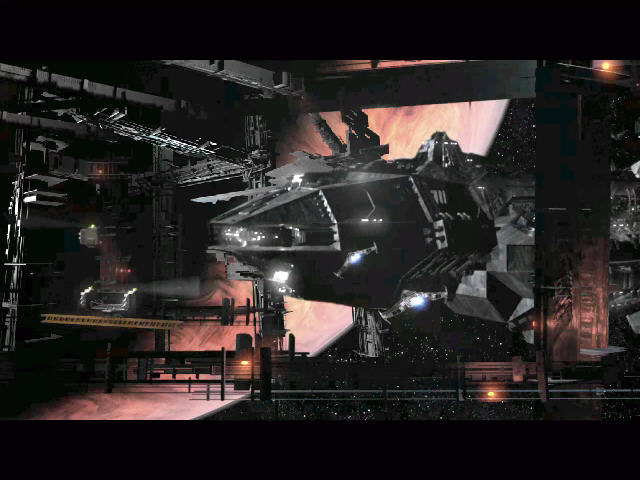 The cutscenes are few and far between but the ships and environments look way above average when you do get one. I can believe they were done by the same people as the movie fx. The animation of the CGI characters is far less impressive though and they aren’t going to fool anyone for a minute. The 2 cutscenes that I’ve had were newscasts primarily showing events that had already happened so they don’t further the plot at all. I’ve played half of the games missions so far and in all honesty there hasn’t been much plot. Events occur on the missions themselves but this is no Wing Commander with a story between the missions and characters you can get to care about. There is an audio news broadcast after every mission but it’s a little dull and the storyline of Starlancer is by far its weakest point. I’d consider it a step backwards from the original Wing Commander, never mind the likes of Wing Commander 4 or Privateer 2. I’ve played half the game and about all I can say is that our forces have regrouped and we have now started attacking having developed our own warp technology. There are minor sidestorys about someone defecting from one of the squadrons I flew with earlier and apparently some Admiral I’ve never heard of looks like he will be voted President but it’s all fairly weak and I can’t imagine anyone caring about Starlancer’s story. This game is all about the missions themselves. 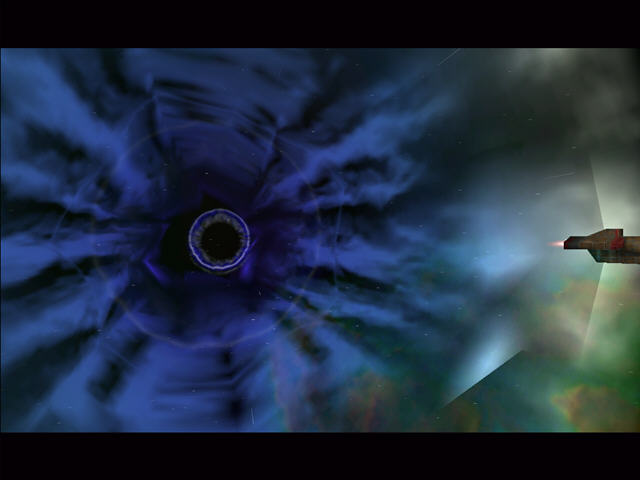 Thankfully the missions and the gameplay itself are a lot better. The missions are long and varied with loads of in-flight communications, different characters to meet and fly with and changing objectives as situations develop. In one of the most interesting missions early on we discover that the Coalition has developed a warp gate technology and a couple of us get sucked through this gate all the way to Neptune. I then have to blast armor off the gate, before blowing up it’s core and afterburning back through before it blows up. Whatever the briefing says, you are never sure what you are going to face on any mission. 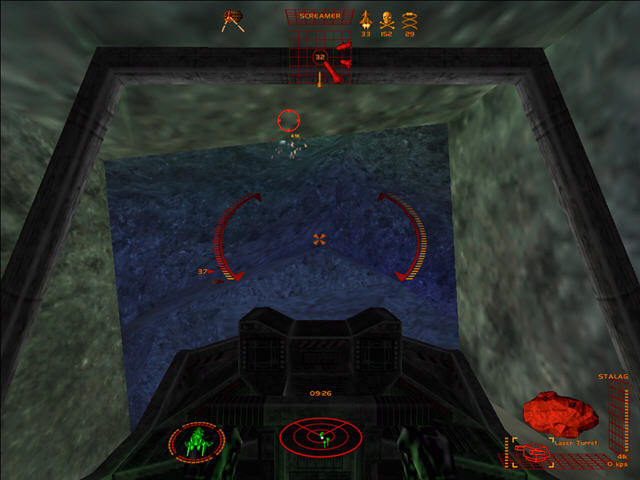 Another mission that deserves a mention involves attacking a fuel depot made from a giant asteroid. In this after clearing the turrets off the outside of the base, I have to blast the doors open, then fly inside and take out the interior turrets. I can’t think of many space sims where I’ve flown inside a structure before this. There are certainly some large bases in this game although possibly not on the scale of Tachyon – The Fringe which came out around this time. Attacking capships is a case of blowing off the important bits one by one similar to Wing Commander Prophecy. Anyone who has played Prophecy will certainly feel at home playing this, although it possibly bears more similarity to Privateer 2 in terms of flight dynamics.

The difficulty level has been fairly well judged and I found the initial missions too easy but it’s been a reasonable challenge since then without becoming difficult. The long missions with the large amount of unskippable conversation would not be something I’d want to play through too many times. It would quickly become irritating if a mission required more than 2 or 3 attempts but I’ve done the vast majority on the first go.

My impressions so far are that the missions are decent but the game is badly lacking atmosphere. I definitely don’t feel like I’m part of a fighter wing and it seems to be a case of a fighting the Coalition on my own. I must be getting 90% of the kills on every mission despite often flying with over half a dozen other fighters. I do fly with the same wingmen each time but I’m not aware of them having any character of any sort. The enemy ships similarly all feel the same to fly against and I couldn’t tell you any particular characteristics of near enough any of them, except for the torpedo bombers who are conspicuous since their appearance means loads of flying around intercepting missiles. The A.I. of the enemy isn’t great which is just as well given how many of them I have to deal with on my own. Halfway through this game I’m underwhelmed. It’s not bad but I can think of a stack of space sims that I prefer.