You may be reading this wondering what happened to day one. I’ve written the post, its on my pen drive and been left in the office – twice. Writing it again seems like far too much effort so if I ever remember to pick it up I’ll post day 1 then. My attempts to play Starlancer are turning into something of a non event so far anyway so you haven’t missed much. 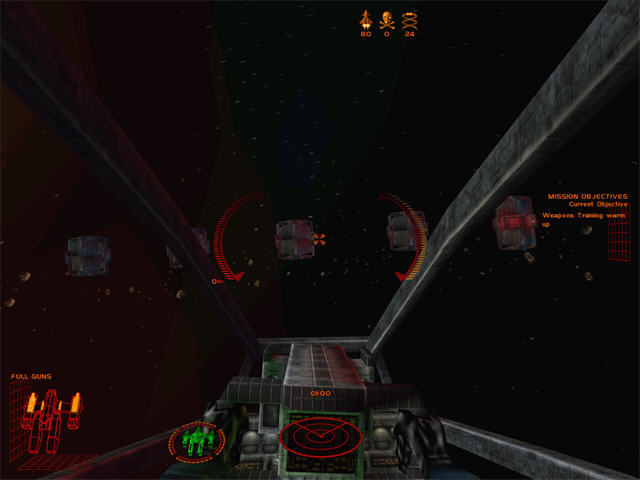 In Day 1, I was struggling to get the game running and had managed to play a couple of training missions then completed mission 1 of the game proper only for the game to crash every time I tried to land. Since then I’ve installed Windows XP on a new partition on my hard disk and things look promising as the 3rd training  mission which I previously couldn’t play works straight off. This mission is target training and starts out with some armoured targets. I have to shoot them when the armour opens. 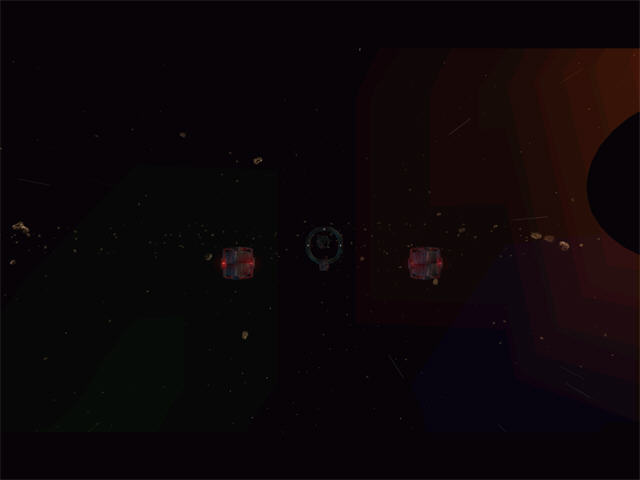 I then get a course when I have to fly through rings shooting more targets. The rings are in a dead straight line so this isn’t too hard. When I attempt to land I get the game crashing bug at the end of the mission exactly as before though. 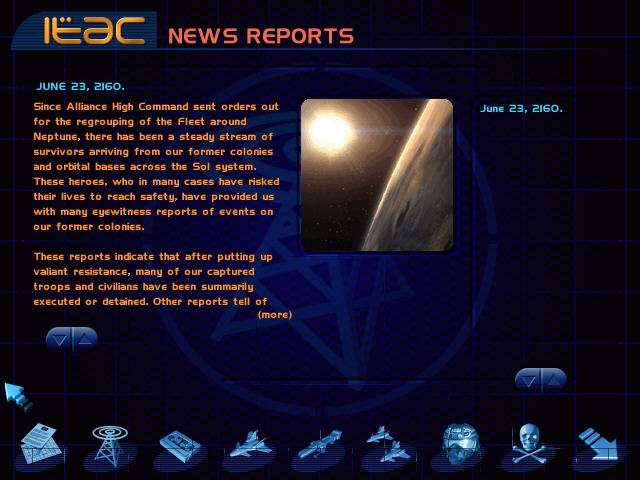 Not to be put off I restart the game. On the way out, I have a look at my ITAC. This is where a lot of the games plot will be related via news stories and also has the killboard, ship details and I can go back and rerun FMV’s. I attempt to replay mission 1 at this point but don’t even make it through the briefing without the game seizing up again. I hate to give in but I think I’m going to have to admit defeat on this one. I’ve seen a lot of posts on the web with people unable to run it and nothing much in the way of solutions. Starlancer is a game I’ve played before right back when it came out at least. I remember being quite underwhelmed by it. The graphics were nice but the gameplay was uninspired and the plot very minimal. I was looking forward to giving it another go for all that as there has been a dearth of space sims in the years since. I’m open to ideas if anyone has got this running but failing that I’ll leave Starlancer and move onto the next game.

EDIT: It’s a couple of hours later and I’ve figured out what the problem was. I thought I’d get Thief up and running and started getting the same problem only I managed to find some help on the internet which pointed me in the right direction. The crashing was caused by running the game on a multi-core processor. Having been single core up until a few weeks back its not something I’ve seen before but its easily fixed by patching lancer.exe and lancer.icd using imagecfg so that the game only uses a single core.  I think there is an option in my bios to turn off hyperthreading + the extra cores in my bios also but this is a better solution. It’s now running perfectly on Windows 7 and I just completed the first mission without a scratch this time around and better still no crash when I tried to land.

It’s kind of interesting that I’ve seen a load of posts on the web with people who had the same problem on Starlancer and not a single one of them mentioned multi-core CPU’s as being the potential cause yet as soon as I try to get Thief running I find the answer in no time.  I know what I’m doing now to get these games running at least and will get a good few hours in on Starlancer at some point over the weekend.