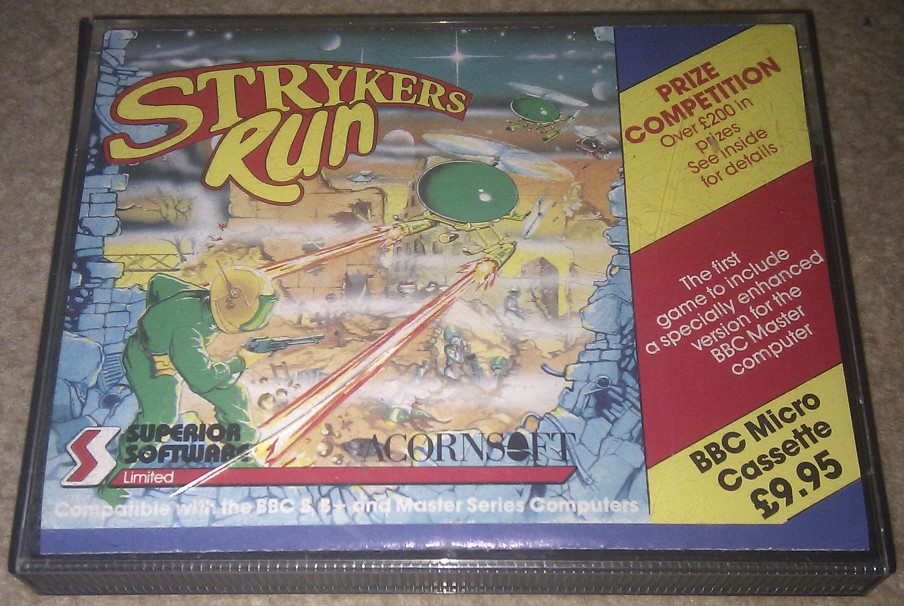 This is the final game that I know of which was done by Chris Roberts before moving to the USA although I have heard that he worked on several others for Superior Software. He had left Ocean at this point having apparently had serious issues getting paid for his work and was quoted in a Superior Software recruiting campaign as saying :-

“I used to work for another software house, and I never got to speak to any of the directors nor anyone with any major influence within the company. At Superior Software, I deal directly with the Managing Director. Perhaps more importantly, just six weeks after the release of Stryker’s Run I received my first royalty cheque which amounted to more than £5000, whereas obtaining my royalties due from the other company was like getting blood out of a stone; it took several months of nagging and chasing before they paid me the money they owed me.”

Strykers Run was published by Superior Software in 1986 and according to the scrolling text at the start of the game it took 10 months to write. It came packaged with both a regular version for 32K machines and an enhanced version for the Master 128 and claims to be the first game to do this. A visitor to the site last week knew Roberts at the time and mentioned that he borrowed his Dad’s Master to create the enhanced version.

The cassette version of the game which I’ve got has the 128K version on one side and the regular 32K on the other. I did of course pick the enhanced version given the choice. This has some excellent title music by Martin Galway, far more background graphics, a high score table and you get tanks to drive occasionally but it is basically the same gameplay other than the tanks. 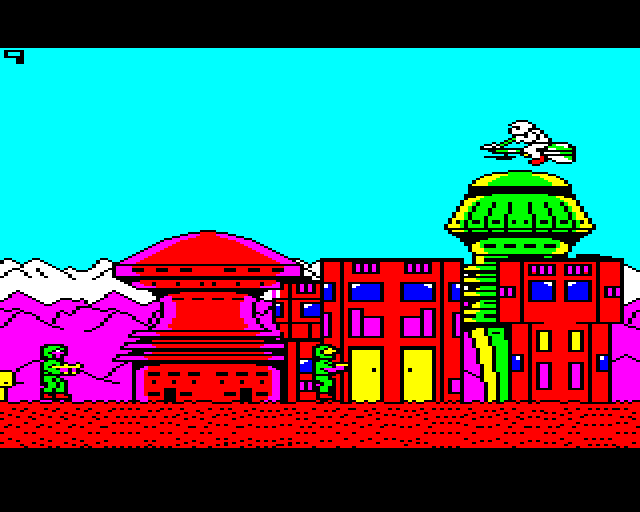 The game is a side scrolling shooter and the story, such as it is, has you playing Commander Stryker who must deliver his information to the enemy HQ. The gameplay is fairly basic with no platforms to jump on, ladders to climb, etc.. You simply run along trying to shoot everything and avoid being hit. The enemies consist of various soldiers, some armed with pistols, others with rocket launchers or machine guns + various flying vehicles which bomb you from above.

Stryker has two weapons (a gun and grenades) both of which have infinite ammo. He can survive 9 hits but there are no lives making the game fairly tricky. It’s all too easy to get caught in a barrage of bombs and get all your hit points wiped out in seconds. It is more forgiving than Wizadore however, with the main problems here being finding gaps in the bombardments from enemy helicopters.

One of the novelties in the game is the ability to drive vehicles you find along the way. These include helicopters, planes and tanks and they can speed you through the world if you can avoid being blown up by all the opposition. The fuel in these runs out in next to no time though, so it’s only a short term help. 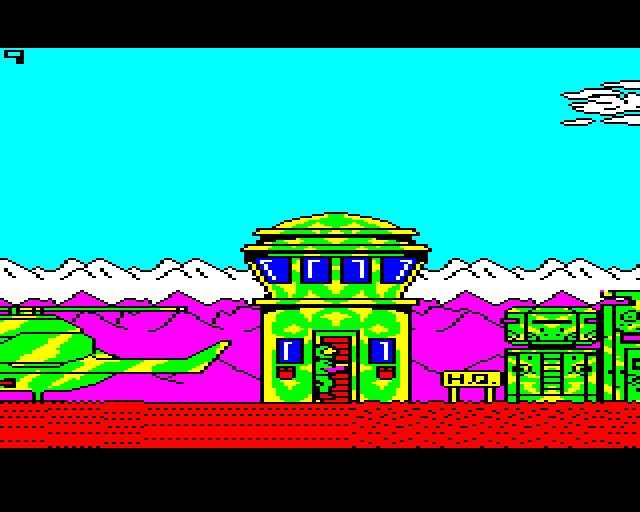 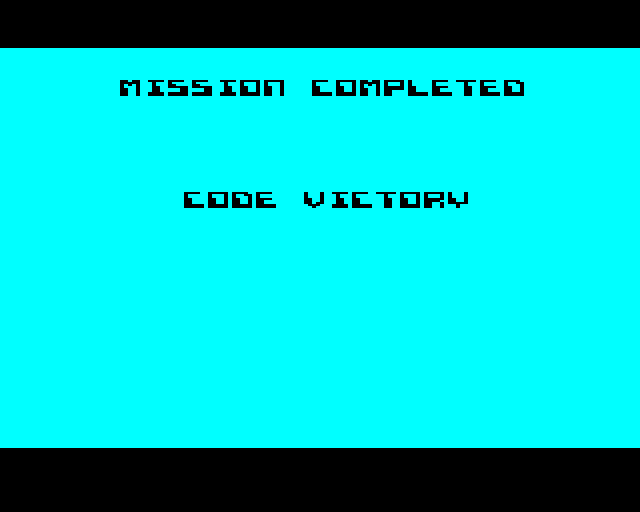 If you travel to the right for long enough and can stay alive, you finally reach the HQ and get the codeword. This was another game which offered a prize to anyone completing it and you could fill in the form on the inlay with this word and enter a prize draw.

Visually this game looks great for it’s day and I can see why it would have created a stir at the time. The backgrounds are impressively varied for a 1986 game and the gameplay itself isn’t bad at all, although you would need a strong dose of nostalgia to say it stands the test of time. It isn’t a million miles away from Times Of Lore in some ways and it’s easy to see how one could have led to the other.

There was a sequel to Strykers Run called Codename: Droid which came out in 1987 but as far as I know Roberts didn’t work on that one himself.