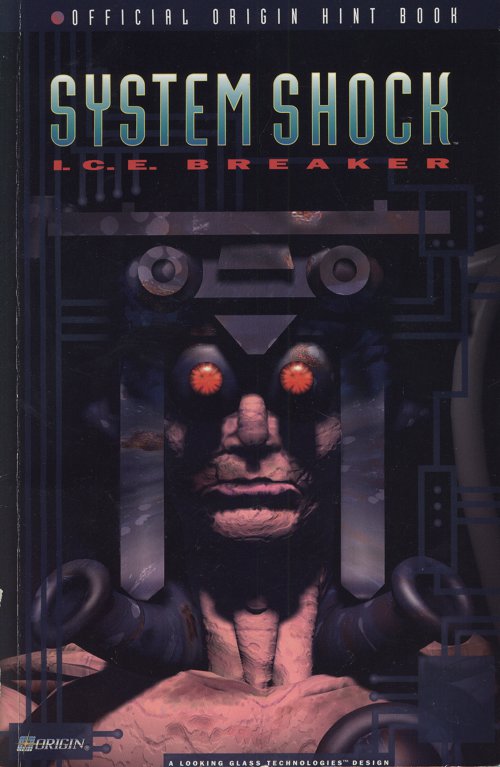 This is the last of the books that is already in the downloads as I purloined the scans from one of the Looking Glass forums. It was published back in 1994 by Origin. Being a collector who was only missing the one book, I wasn’t satisfied with just having scans of course, so I had to buy the real thing and it was comfortably the most I’ve ever paid for any of them. I’m not sure if this is actually any rarer than many of the other books but the demand certainly outstrips supply. Maybe the Ultima 3 or Martian Dreams cluebooks would be worth more, but I got them both years back so they were relatively cheap. I can tell you right now that this isn’t worth the money but it was a steal compared to the copy of Akalabeth I bought a month or two back. There is no way on earth I could justify what I spent on that, even if I’d only had to pay the customs bill.

To get back to the subject at hand, this is one of Origin’s older and smaller guides and the only remaining one of these for me to look at. It’s more fun than one of the playtester’s guides as it does have memos throughout the book to add to the story but it’s still largely tables of data, maps and a walkthrough. There is a full bestiary complete with some nice sketch drawings, presumably from the design stages. There is also a list of significant emails/logs arranged by task which could be used to skip finding them yourself I guess. The game allows you to go back through your logs so other than this I can’t see why you would want them here especially, although it does serve as a recap of sorts for me looking at it now, a couple of years since I played the game.

The memos dotted throughout the book give a little of the history of how the hacker actually created Shodan inadvertently when bypassing the security for Diego. It also adds to the games brief ending with a memo after the game ends sent from the hacker to Rebecca, who talked him through much of the game. I can’t help but notice that Shodan is constantly referred to as he throughout the entire book. I suppose you don’t have to consider the gender of an A.I. until you actually have to put a voice to it but Shodan was definitely not female until the CD version was released.

At the end of the book is a single page of design notes which offers a brief description of the philosophy behind the game. This was touched upon recently in a GAMBIT podcast with Austin Grossman who worked on System Shock and provided the voice for Diego. He regarded the conversation system in Underworld as one of the major weaknesses of the game as it took you out of the game every time you talked to someone. System Shock was specifically designed to get around that, with a cast of dead characters and the email/log system. This sort of technique has become fairly common since but I always thought of the conversation in Underworld as one of the game’s strengths myself. It’s this sort of interaction that made it a world to explore rather than another dungeon crawl like Dungeon Master or Eye Of The Beholder. I can see pros and cons either way but I do like to have interactive NPC’s myself and the lack of them was one of the major reasons I didn’t play System Shock until 15 years later. I was looking for another Underworld and this clearly wasn’t it. I’m glad I got around to it eventually, as I was clearly missing out.

For anyone interested in Looking Glass Studios, GAMBIT are doing a whole series of interviews with Looking Glass developers and have another one up with Dan Schmidt now, but I’ve not had chance to listen to it yet.