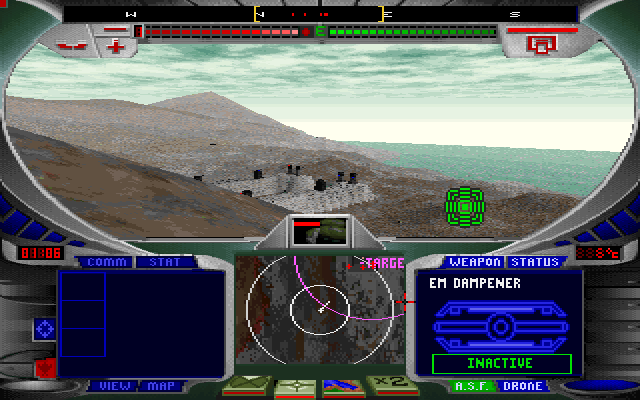 It’s onto mission 20 and for this one, I’m solo once again. This seems to imply a tough mission every time I’ve noticed. The unofficial reason I’m solo, I’m sure, is because the enemy A.I. couldn’t handle the mission. I have to sneak past some patrols into a base to blow up a device used to find minerals and metals in the ground.

I struggle with this one and it’s the first time the game has come anywhere close to being frustrating as I end up replaying it over and over. This replaying is irritating mainly because I have a long walk to get to the difficult part every time. The safe approach is coming from the South West which gives me a good view of the base. The four turrets on the top fire a constant volley of grenades and are the main difficulty. 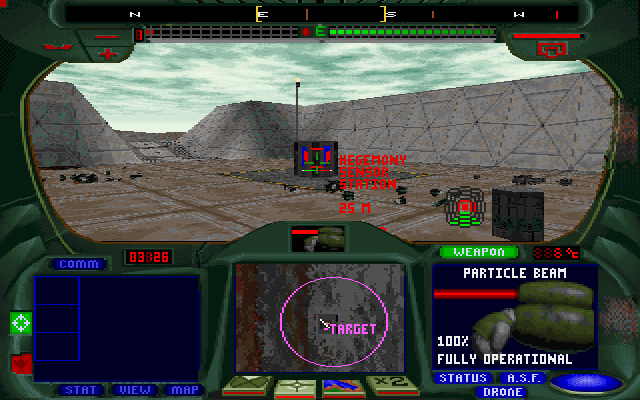 Eventually, I figure out that I can take them out from distance with impunity as I have a slightly longer range than they do. This leaves just a few guards at the base who are no problem. 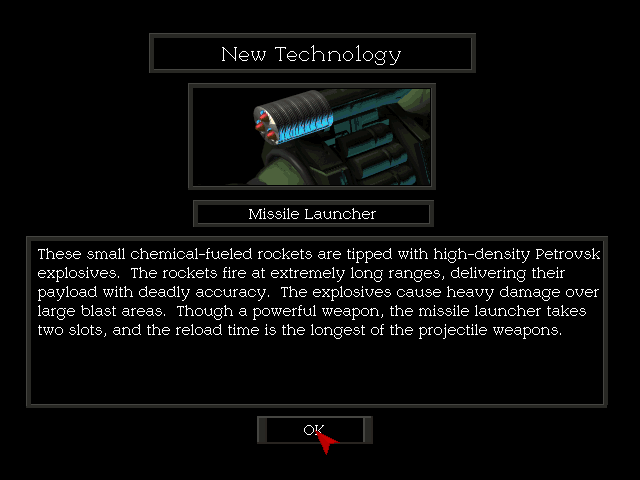 Mission 21 is to destroy a supply depot. I get a new weapon for this. These rockets are seriously effective, especially when your party is armed with them. If I target a distant enemy my team mates tend to launch a lethal rocket volley and can take out a whole group before they are even in range. 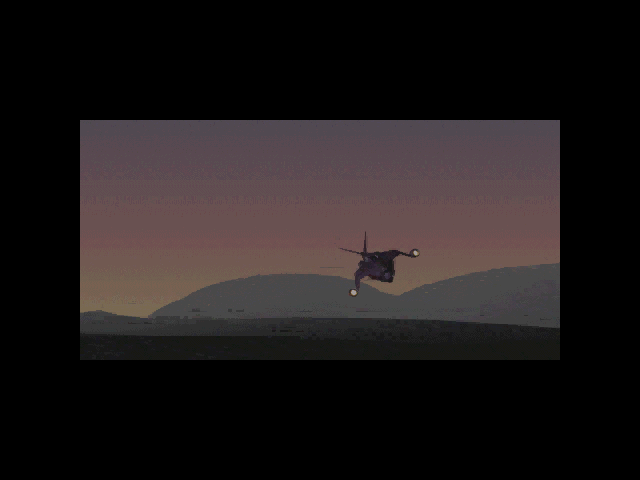 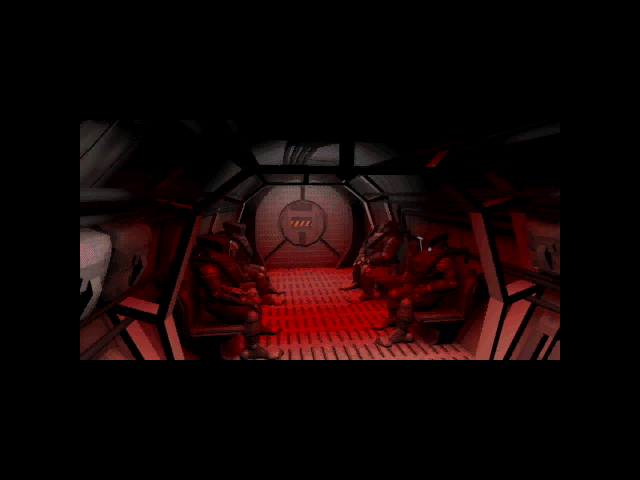 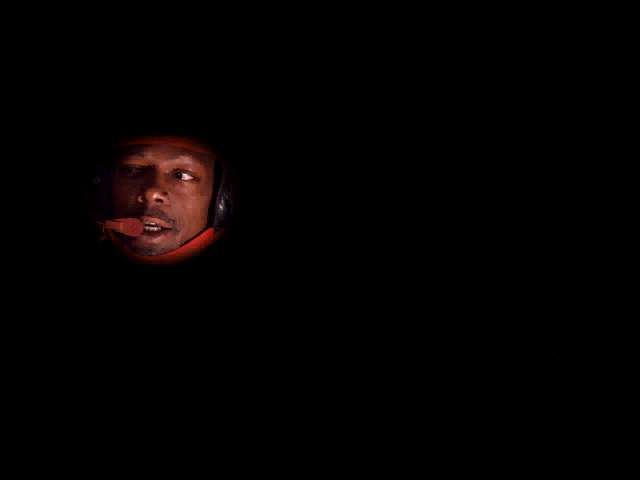 There is a cutscene on the way over to the mission. One of the guys has a bad feeling about the mission. Last time he had this feeling, his whole squad got wiped out apparently. 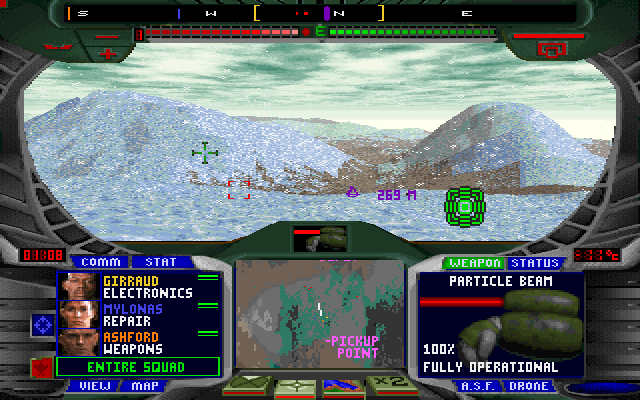 Sure enough, the mission is actually an ambush and the mole has given our plans away once again. The objective is aborted and we just have to run back to the dropship. 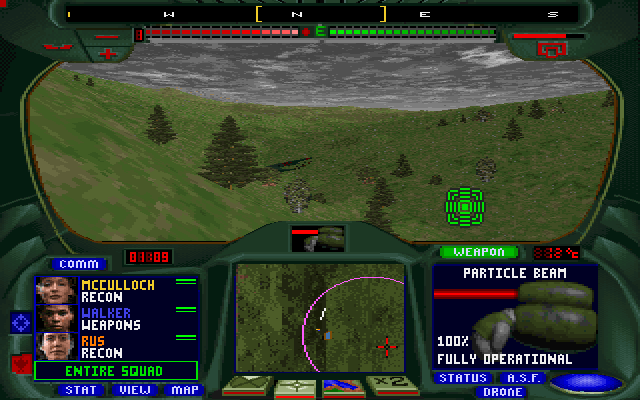 For the next mission, one of the clansmen is fleeing the hogs and was on his way to stay at the central base when his transport went down. We have to search the area for his ship and protect it. Finding the ship doesn’t take long. Protecting it is a case of knowing where the enemy is coming from, so the first time I fail the mission but I intercept the incoming forces on the second attempt. 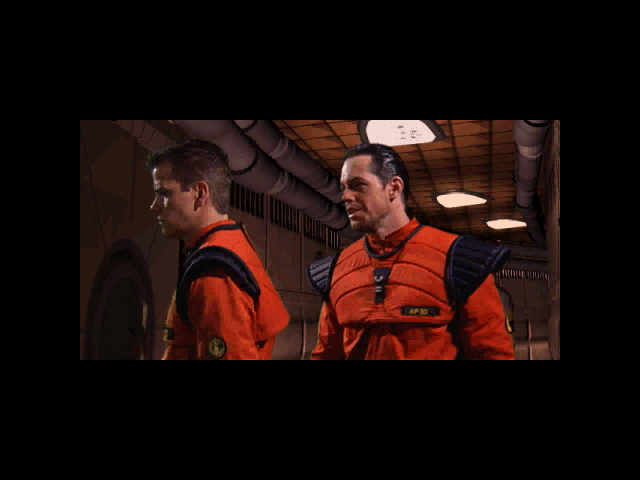 When I return to the base, I learn that our commander has been poisoned by the spy. I’m blaming my brother who had sneaked off again. He finally confesses to his disappearances being due to him performing the urak hai memory ritual so that he can feel he has done something about our parents. And no I don’t know what the ritual is either, although there is an encyclopedia built into the game so I expect I could check it up there. 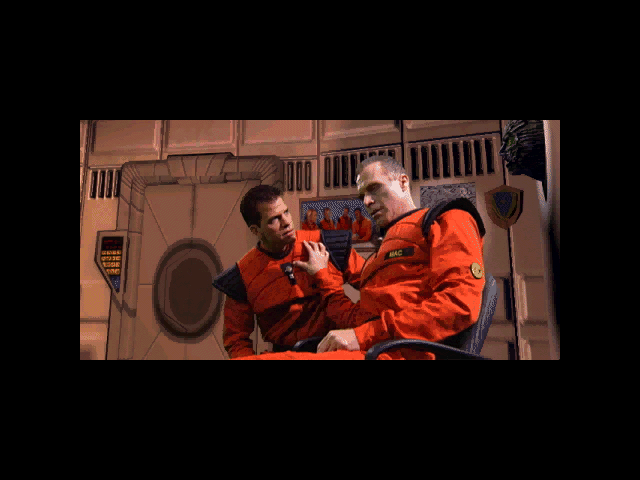 I get to see the Commander, just in time for him to pop his clogs leaving us without a leader. Walker is promoted above me presumably due to her clan leading mother. 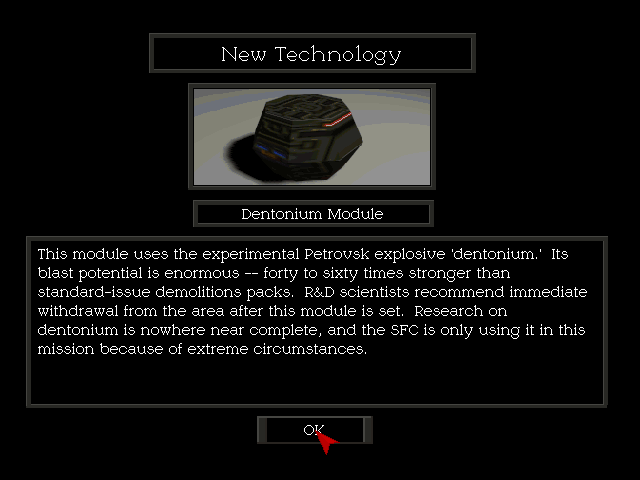 Mission 23 is to destroy a mobile mining ship and all of it’s escorts. I get yet more new equipment. This one is essentially a bomb I can plant to blow large structures like the mine up. 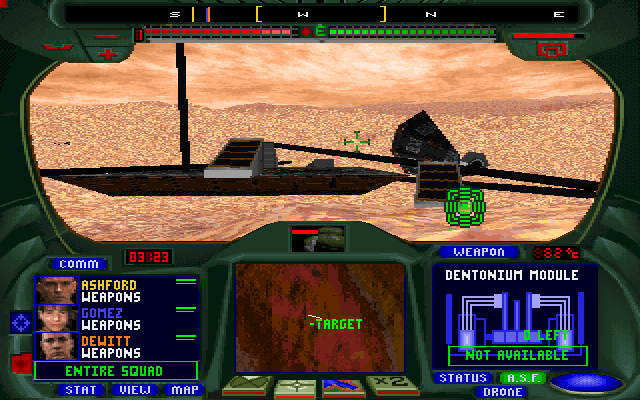 The mission takes place in a desert and is a fairly easy one, provided I keep my distance from the enemy. If I do this my team takes them out with missiles. The bomb does it’s job and I complete this on my first attempt. 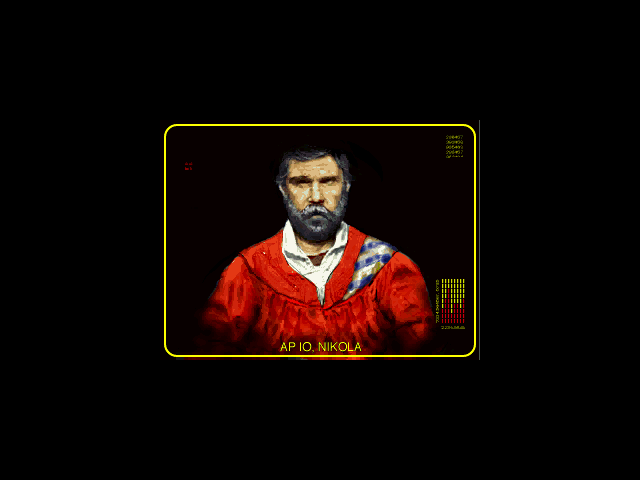 In the briefing for Mission 24, I learn that one of our clansmen is considering defecting. I’m to stop his convoy and capture it. This is another solo mission so I know there will be more to it.

The mission is in some interesting terrain and I’m dropped into the bottom of a canyon. On the way to the intercept point, I’m ambushed and this mission is another set up. I’m helped out by an unknown pilot bombing the enemy. The mission is no more than a run for the pickup and it’s yet another I complete on the first attempt. 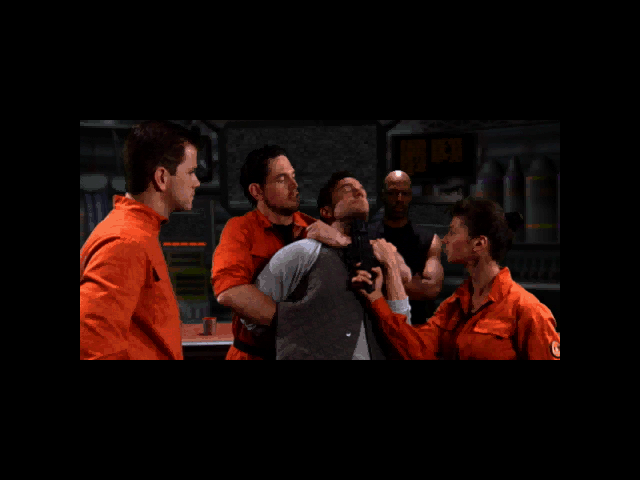 When I get back to base, we discover Sonny (the bar man) sneaking back in and everyone naturally assumes he is the traitor. 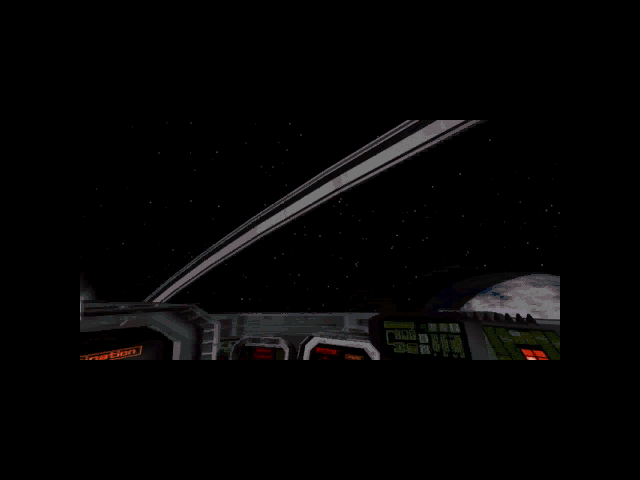 Thanks to our mind reader we learn that he actually defected from the hogs where he used to be a crack pilot and it was him who was helping me out on the last mission. He was getting his info via the hogs but doesn’t know who the spy is. My money is now on the bald guy. 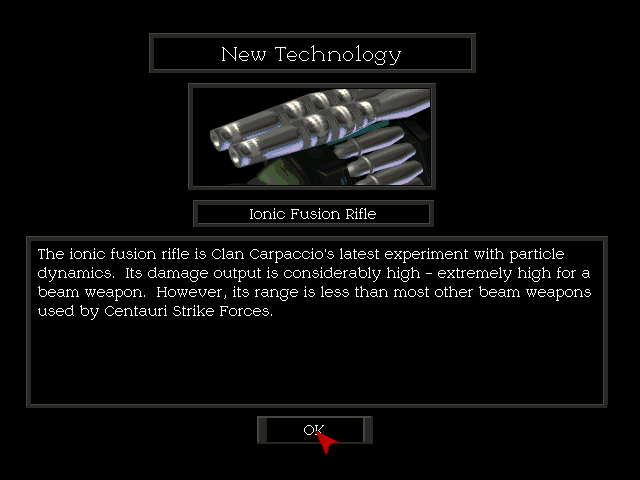 Mission 25 is to go and destroy a listening station that is being set up. We are also supposed to kill all the guards so that the spy that told us about the station isn’t found out. The new equipment just keeps on coming. This time it’s an Ionic Fusion Rifle. This quickly becomes my weapon of choice. It has a short range, but it fires extremely rapidly and takes out even a heavy trooper in seconds. The downside is that this will almost entirely drain my energy and I have to wait for it to recharge. If there are a lot of troops I’m better off using a different weapon. 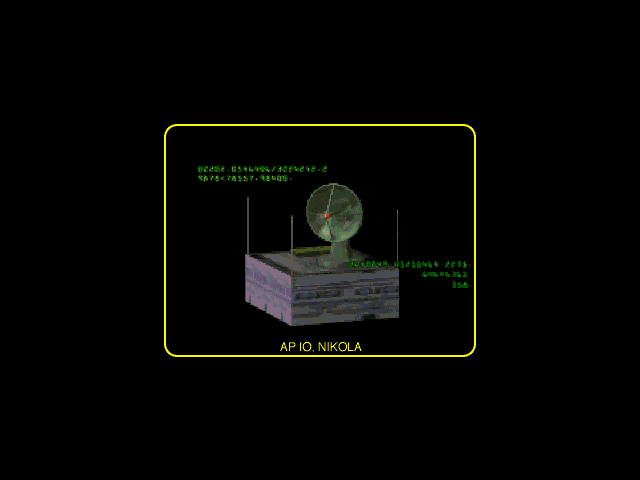 The mission is uneventful. I don’t manage to take out all the guards. One must have run away as I look around and can’t find him but it still counts as a successful mission so I don’t worry about it. 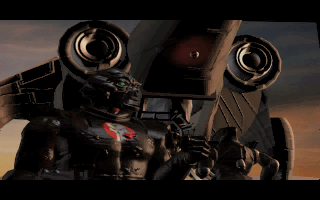 Mission 26 is a little different. I’m solo once again and have to sneak into a pirate base (in pirate armour) and use a device to hack into their communications. The idea is to find out who the spy is from their end instead of ours. 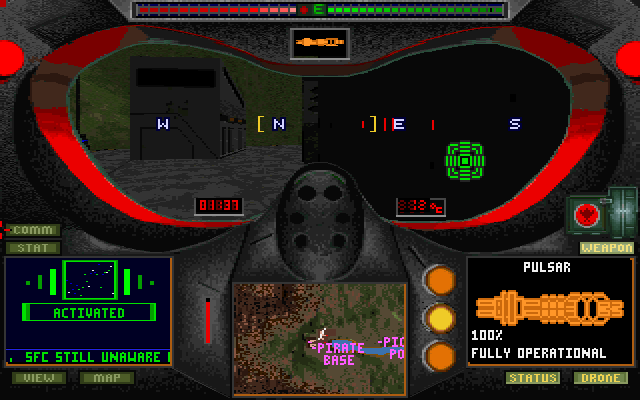 I don’t have much of a view in this pirate armour but I walk straight into the base undetected then hang around for a minute while the device does it’s job. It turns out the traitor is Ashford (the bald guy). At this point everyone starts attacking me. I don’t hang around and make a run for the pick up. 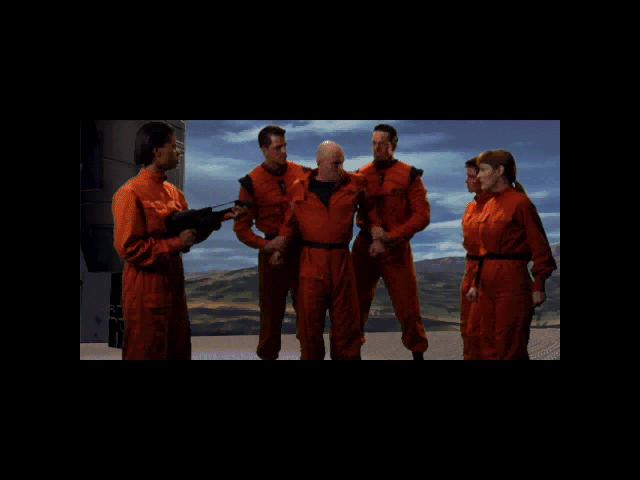 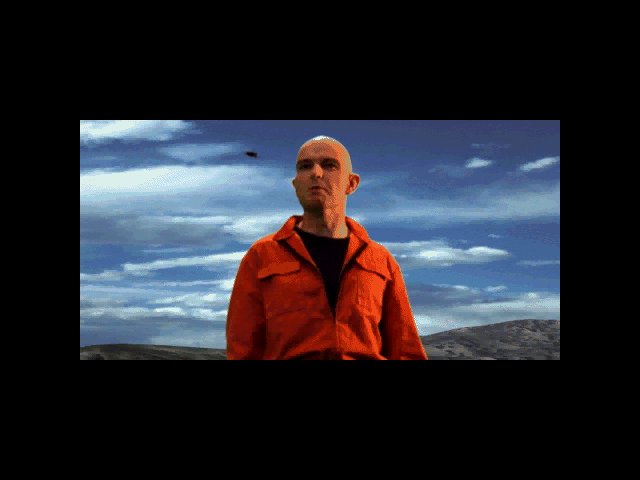 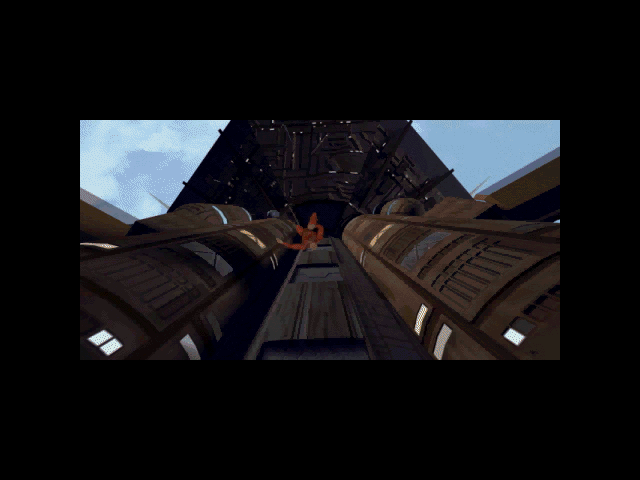 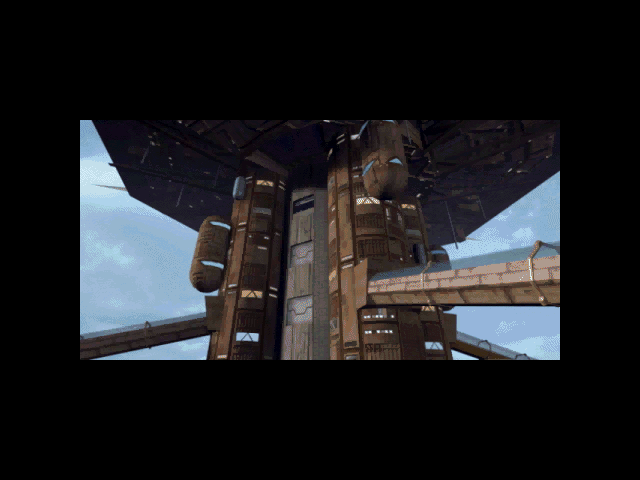 I’m less than shocked by the identity of the traitor. I’m not all that interested either for that matter. I can only remember the guy speaking in the funeral scene although he was probably hanging around in a couple of the others. He makes a speech about genetic purity before being allowed to take the easy way out by jumping out the window. He also mentions something about a pulse cannon just before he leaps. 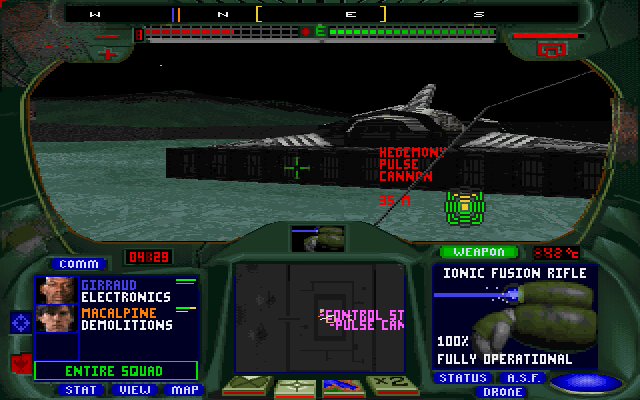 We will be seeing that cannon in mission 27. There is a satellite blockading Thatcher. We are going to capture the pulse cannon, then use it to shoot down the satellite before blowing the cannon up itself. It’s a fun mission. The base is split up by walls giving plenty of places for hogs to hide but a slow and steady approach wins through in the end. 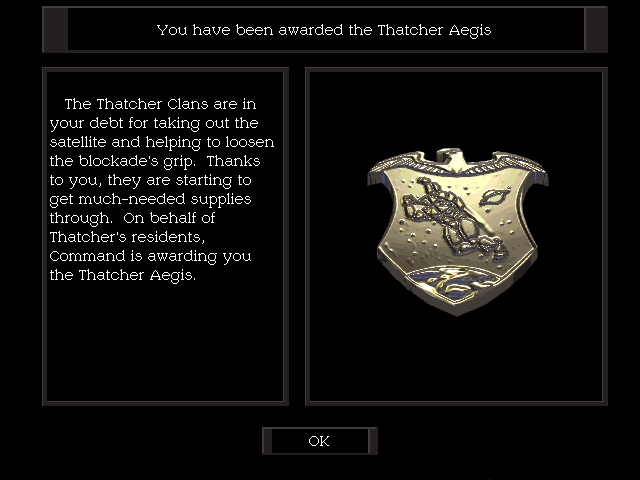 My medal collection is getting substantial by this stage and I get another for this mission. 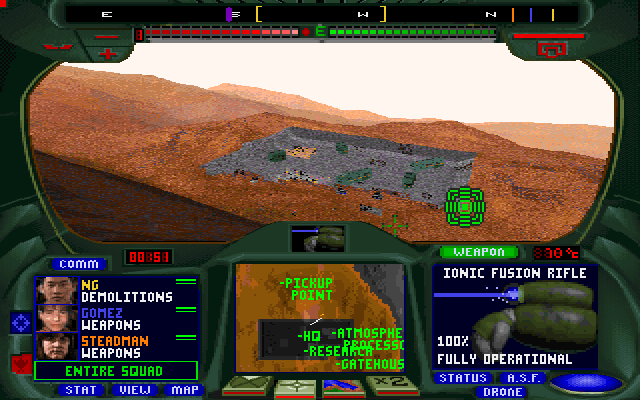 Mission 28 is destroying one of our old weapons research bases. It’s under threat of being used by the hogs to get info on our technology so we have to get there first. In the briefing, I’m given some reason why my map may be inaccurate in this terrain and sure enough the base isn’t where it’s shown on my map. I’m assuming this is just an excuse for a bug with the map on this level, but it’s only a minor problem. Taking the low approach pays off in this mission with my team mates missiles doing most of the work. 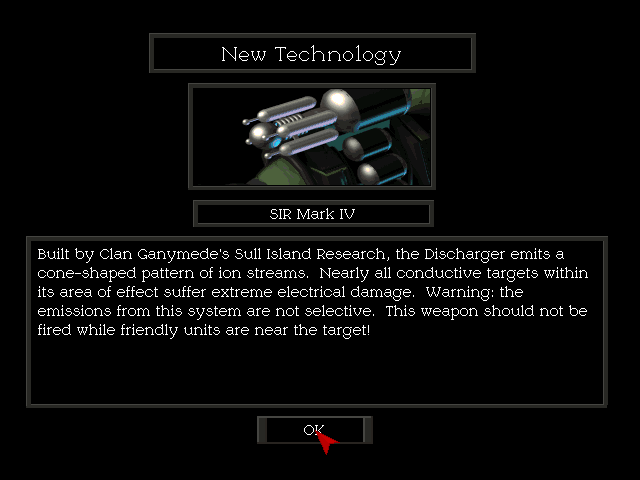 Mission 29 is to escort a convoy. There is another new weapon. This one unleashes a very short range electrical storm which is absolutely lethal to anything in the area (including my team mates). It’s possibly a better weapon for them than me and certainly leads to some friendly fire but it is devastating if used correctly. 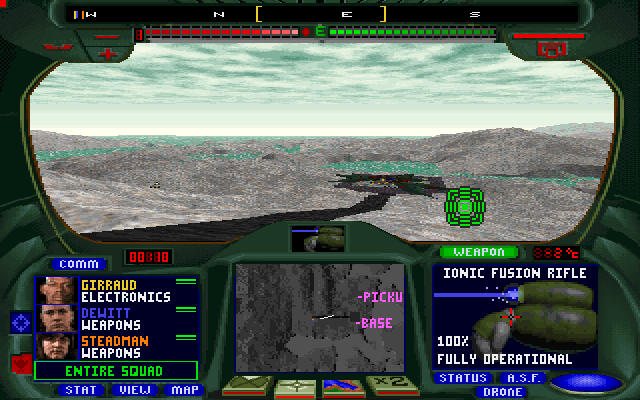 This proves to be the toughest mission so far and I retry it several times. The problem is that there are two areas to protect. The first shown here is the base itself and it’s transport ships. We also need to protect the convoy on it’s way to the base. To complete this mission, the main key is to know where the enemy is going to be coming from once again. I initially try splitting my squad and ordering two of them to wait at the base while I go to protect the convoy. They are unable to protect the base however, and reversing this so they protect the convoy doesn’t work either. It does however let me know where the enemy are approaching from and the next time I send my two buddies to a point south of the base so they can take out the enemy before they are in range of the transport ships and this time I complete the mission. 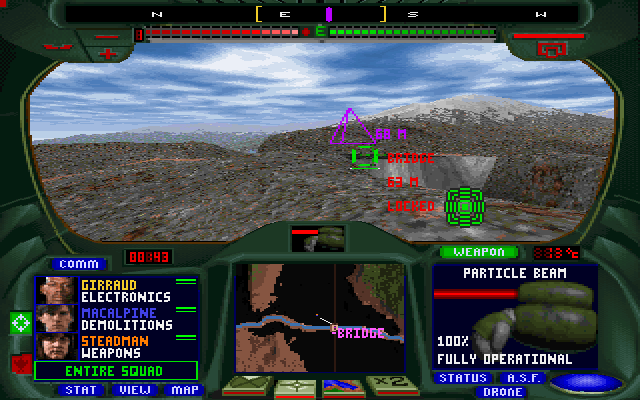 In Mission 30, one of our supply convoys of mechs has been halted by a hog-made landslide. More enemy forces are coming in via a bridge to the south which we have the option to blow up to stop them getting in. In my first attempt, I head straight for this bridge and blow it up. In the meanwhile, the convoy is destroyed and I fail the mission. On attempt 2, I send 1 man in on his own and this also fails as he is destroyed. 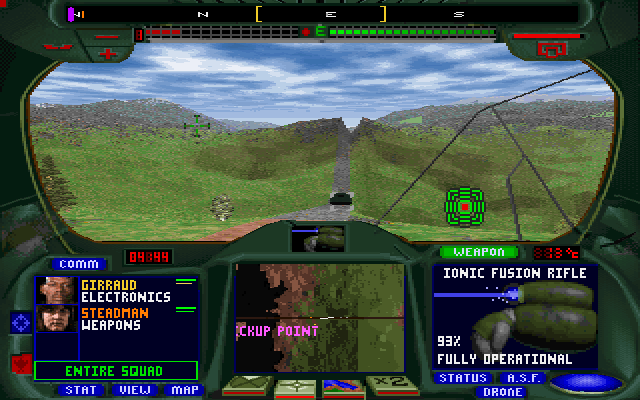 For the third attempt, I just take all my squad to the convoy, take out the opposition, then run back to the road to the South and take out all the mechs that have been crossing before blowing up the bridge and just about catching up with the convoy in time to protect it from another ambush. This was one of the best missions in the game with a huge landscape and a lot of ground to cover.

I must be getting somewhere near the end of the game I guess, but the box clearly wasn’t lying when it said there were over 30 missions. It actually feels like the game is just getting going in these last two missions which were by far the most tactical in the game, involving me splitting my squad and trying different approaches to playing the level. It would be a pity if I was to reach the end at this point so I’m hoping for a good few more levels yet. There is the opportunity for this game to get very tactical as there are plenty of options for commanding my team and I’d like to see this used more before I finish the game.

The storyline has not come together in any sense and it still feels like a series of standalone missions. In even the earliest Wing Commander games, the missions were linked and you could see how completing one mission led to another but it’s missing here which is a pity. It isn’t stopping me enjoying the game though and overall it has really held up well for a 1995 3D game. I would have loved this back then, I still like it a lot now but it feels like it’s just missing the edge that would have turned it into yet another Looking Glass classic.