One more Terra Nova review, this time from the May 1996 PC Format:- 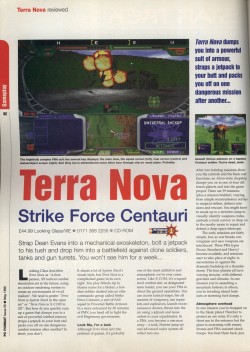 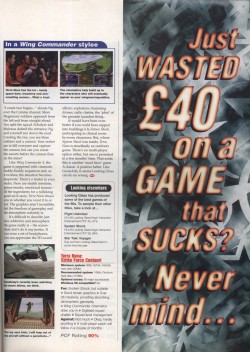 While Wing Commander 4 was getting pummelled by the British press, Terra Nova appears to have been universally praised. It’s curious when they strike me as being similar in so many ways.

On the subject of WC4, the WC CIC has been running some of my magazine scans recently and today made it onto the Wing Commander 4 reviews. The question was posed in the forums, was WC4 really that unpopular in the UK back then? Most of the rest of the WC4 reviews are no doubt going to make it look that way, although I did find one decent review. I was going to enlist a couple more scans to answer the question myself which I’ll post here first. Both of these come from the April 96 PC Gamer, one month after their WC4 review. First a letter from a reader:- 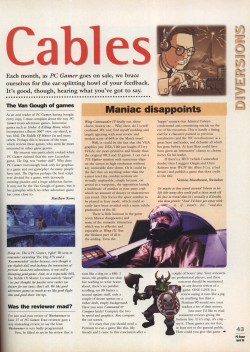 I’m shocked to read this from a Wing Commander fan of the time. It sounds like one of his problems is that his PC isn’t fast enough to play the game properly. I do think Origin suffered to a degree in the UK because of this. PC’s over here were way more expensive than in the USA and the average spec suffered as a consequence. On the other hand, how anyone can prefer the WC3 movies and story to WC4 is beyond me.

To actually answer the question of whether Wing Commander was really that unpopular, the games chart for that month (where WC4 had only been on sale for a week) speaks volumes:- 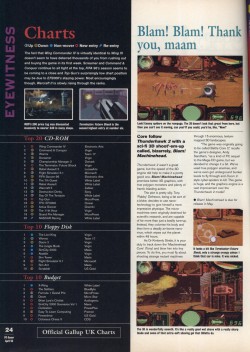