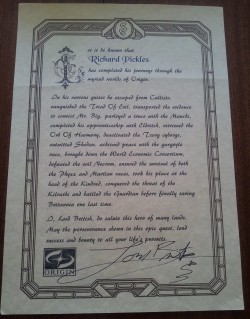 2 thoughts on “The ultima(te) completion certificate”