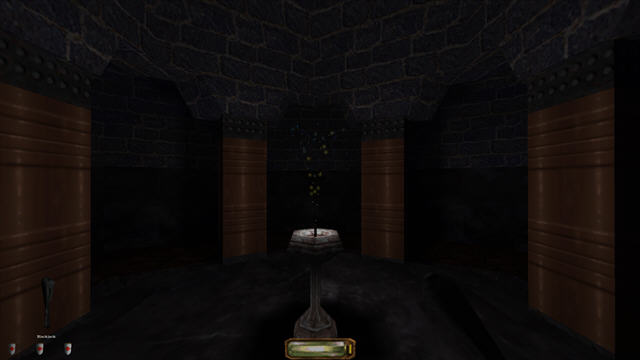 After a couple of days without chance to play I got around to trying to finish off Thief 2 again last night. When I left off I’d just built the beacon I needed to transmit a signal to recall all the servants. I now need to place this beacon and then flip 7 out of 8 signal towers to use my beacon instead of the original one.

Before I do that I decide to take JCC’s advice and manufacture some mines. I’ve got blueprints for all sorts of my equipment and it’s made in a similar manner to the beacon. I have to go all the way back to Bay B to make a mine bulb and then return to where I am to use the sealing machine to manufacture mines. On the way, I find this fountain in a dark spot which heals me. Very useful on a level like this. 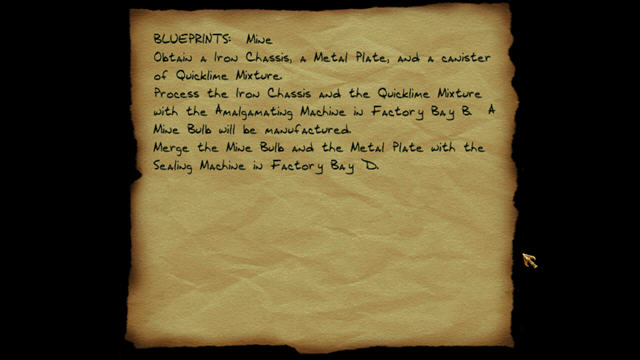 For the first machine I can just chuck everything in together and keep pulling the lever and I get 6 mine bulbs out rapidly. The second machine is far less helpful and I have to make each one by one. This is particularly annoying when I have to get across a largish room and climb up and down a vine arrow each time I want to start the machine up. 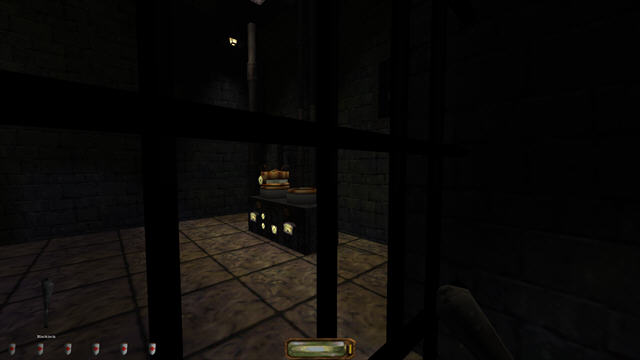 The beacon needs to be placed at the top of the northern apse. It’s behind a locked gate which means a bit of climbing and jumping around the apse before I can get to it. 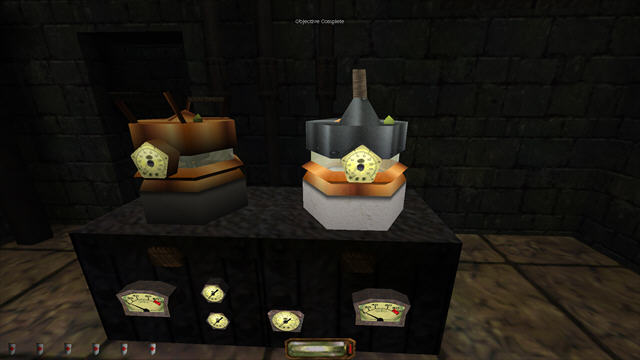 I soon have the beacon placed. Now I just have to flip the 7 levers. 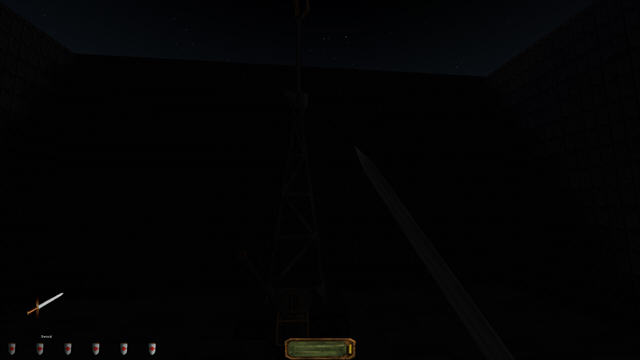 The first of these levers is nearby (in a ridiculously dark screenshot) and I flip it to start the process off. Karras doesn’t appear to notice. 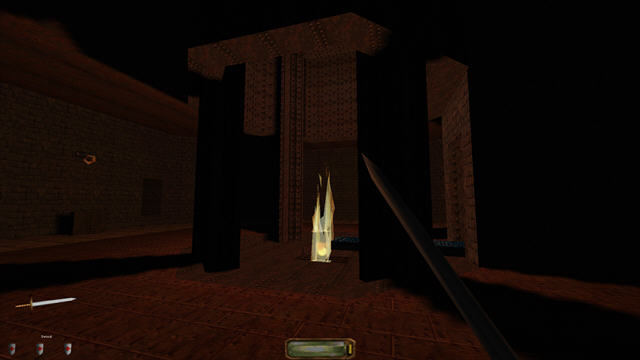 The northern half of this level consists of loads more giant machines. I wander around clearing out loads of robots and slowly flip more levers. I quite like this room with a giant burner in the middle that lights up the room each time it fires. The rooms don’t really have much more to offer though. It’s all about avoiding/killing the giant robots and there are certainly plenty of them. A room with 4 of them in provides a particular challenge but none of the rooms are all that interesting. 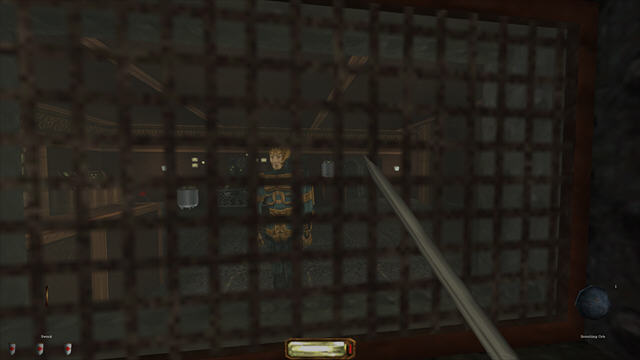 I find Karras himself although he is behind a locked door so I can’t get to him. He is as much machine as man by the looks of him and bears a strong resemblance to his servants. There doesn’t seem to be anything I can do here so I leave him alone. 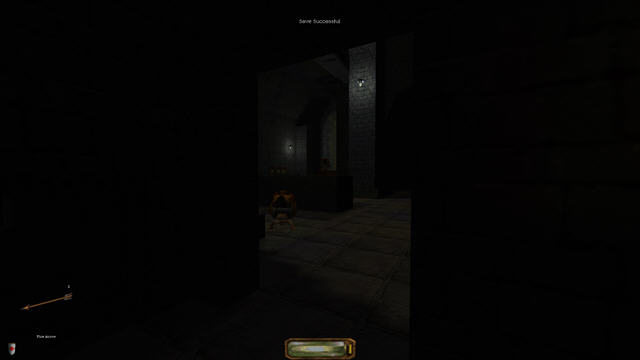 I manage to flip 6 out of the 7 levers I need then come across this room full of turrets which is a complete nightmare. Almost anything I do seems to be instant death and I’m not exactly stocked up on weapons any more since I thought I was about done with the level and stopped conserving them. I find a big explosive which takes out one turret when I shoot it with a fire arrow but I find it impossible to get to the lever that probably opens the grate that would take me to the final lever.

I’m making a serious attempt to reach the lever and am just about there and make a quicksave when I’m shot in the back. Unfortunately my save game was just after I was shot and it still allowed me to make it. My last savegame before this was right back at the start of the level so this means I have to play the whole lot again…..

I’m not too impressed with this. The level was already my least favourite in the game without having to play it again. It’s been far too much about combat with robots and the sneaking has been left behind. Building things with the machines is less than entertaining also and more of a chore – especially when I was making mines. It’s a less than satisfactory end to an excellent game. I’m not going to get this far without finishing though so I’ll start the level again after a couple of days break. It will be a lot easier second time around. I’ve discovered that I can kill the robots off with fire arrows and frog beasts now + the trick with getting them to shoot themselves works really well now that I’m getting the hang of it.

I’m still not sure how to cope with that turret room although I’ve got a few ideas. Next time, I’ll throw my explosive down from the walkways high up in the room and I should be able to take out all the turrets near that switch in one go with a bit of luck. Provided I can get that switch flipped I should be able to run through and get to the last tower. Whatever else I’ll be making a second save game before I enter that room again.