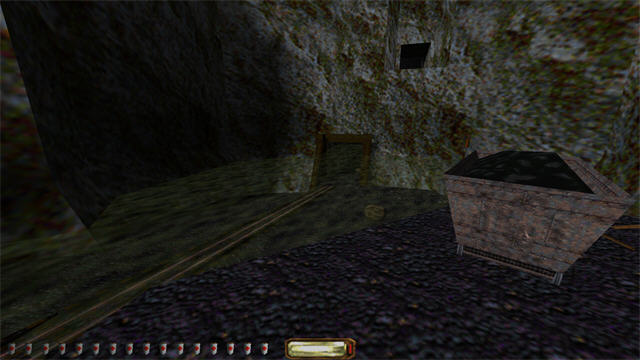 Level 2 is a mine and starts off with me swimming through a flooded passage to get in. 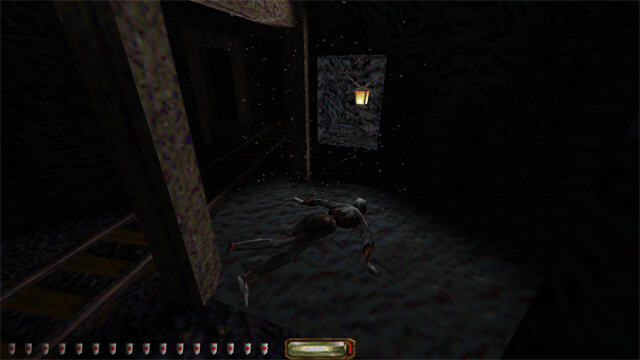 It doesn’t take long to find the first corpse. This one doesn’t get up at attack me but I’m sure its only a matter of time before one does. The flies on the other hand do actually hurt so I have to be careful to walk around. 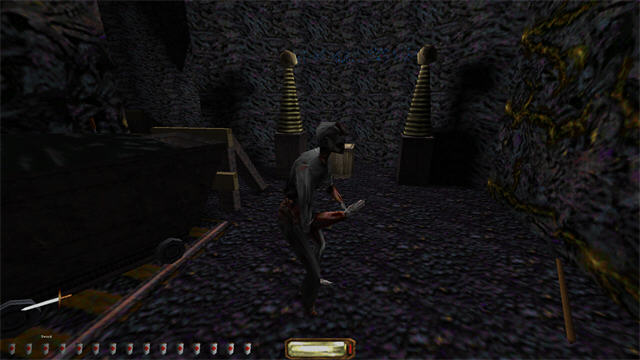 Sure enough the next corpse gets up and attacks me. I hack it a bit with my sword and it goes down only to get up again a moment later. I seem to be wasting my time here so I just run off. 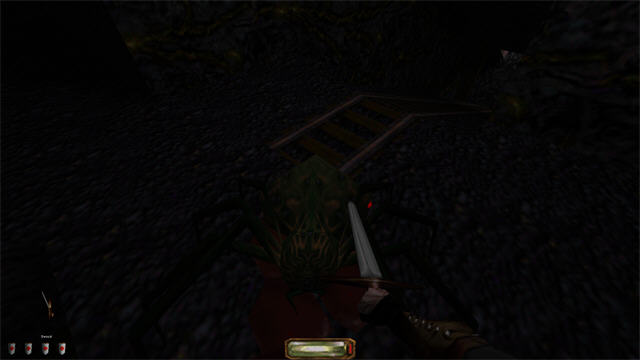 I run out of places to go and jump down into a pit. The drop hurts quite a bit and I’m also attacked by a spider. I can at least take the spider down with a few hits but I’m left playing the rest of the level with very little health.  What I didn’t realise was that there are buttons to operate a lift down to here. This lift also takes me up a level or two. 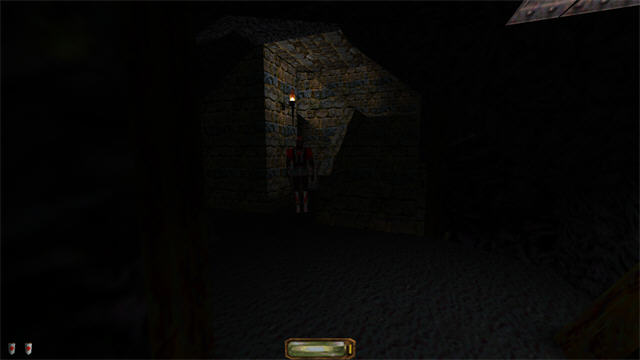 This gets me to the occupied levels and its back to sneaking again. 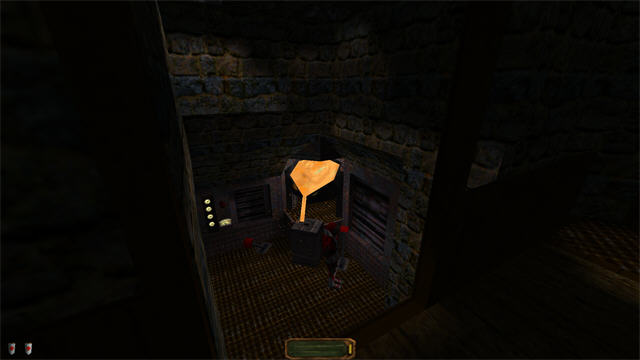 This level is a factory. In all honesty this standard of 3D graphics struggles to create a believable workshop but molten metal is being poured. Sneaking through here isn’t easy as there are plenty of guards. I end up jumping off an overhead balcony just behind a guard and then legging it. 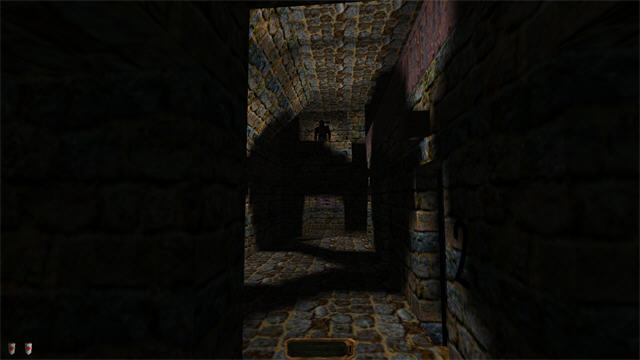 There appear to be four prison blocks and I don’t know which to go to first. I thought I overheard some guards saying my fence was in block 2 so I try that but it turns out to be wrong. The cell blocks are all similar and require a bit of advanced sneaking. I can stay through the shadows here then work my way upstairs to reach the guard. 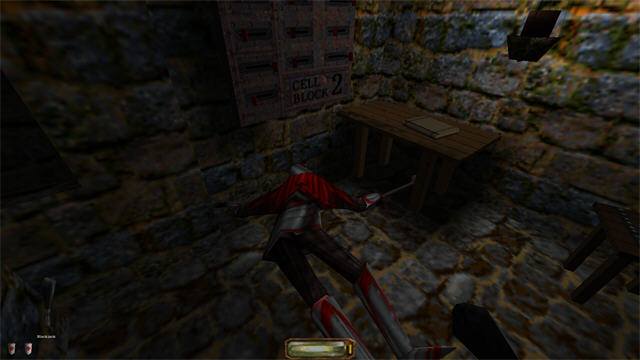 I then make a bit of noise and draw him out of his locked room. I sneak in behind him when he gives up looking for me and blackjack him. 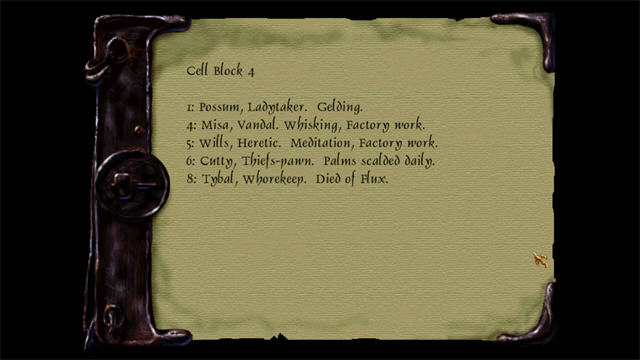 His room has a prisoner list + a load of levers to open the cells. After a few of these cell blocks I find my man in #4. 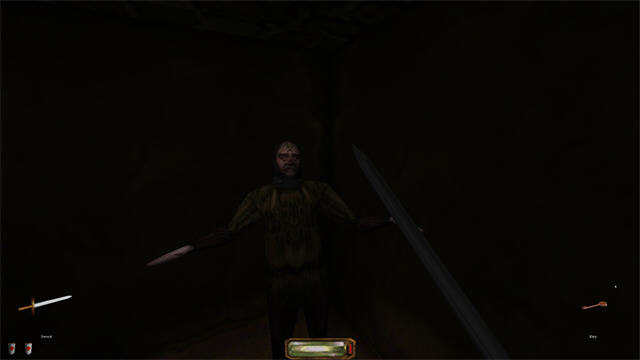 He’s in bad shape when I get there and about to die on me. 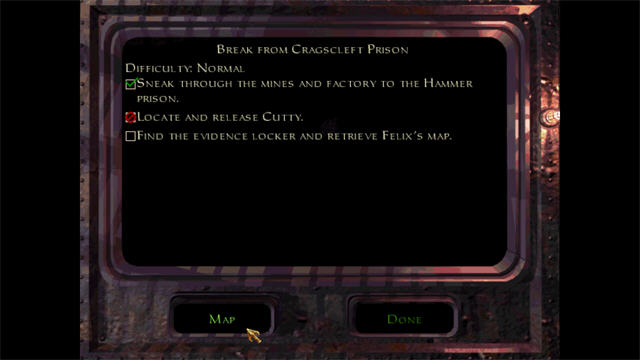 He does have time to tell me about a map that the Hammerites got from another thief called Felix and I now have to go and find it. 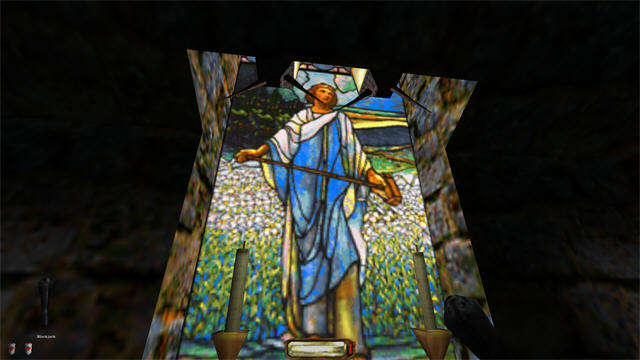 There is only one area I haven’t explored yet, the barracks + officers quarters which sounds like the place to look. I pass through a church area on the way complete with stealable candlesticks. 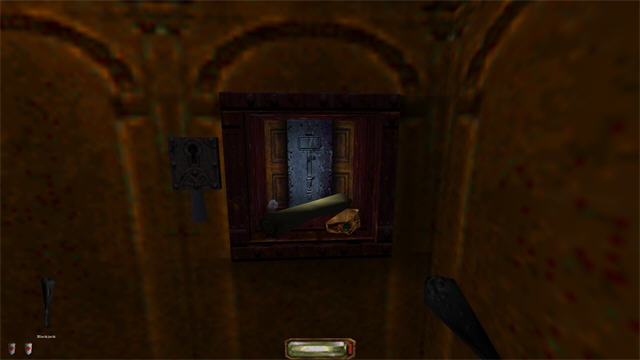 The safe with the map takes very little finding and I grab everything in it to end the level. 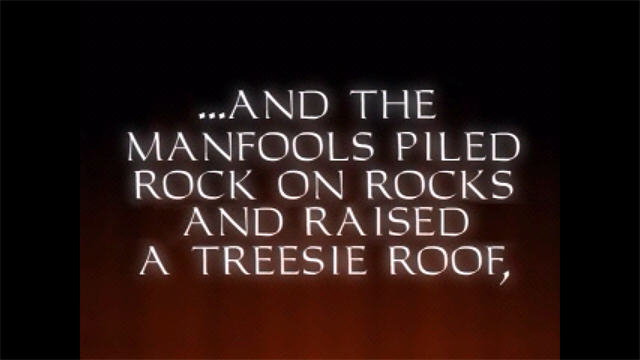 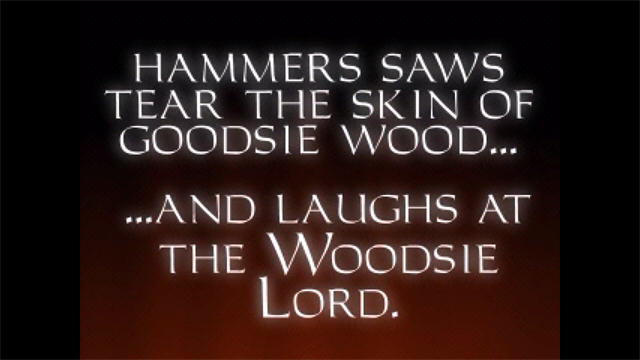 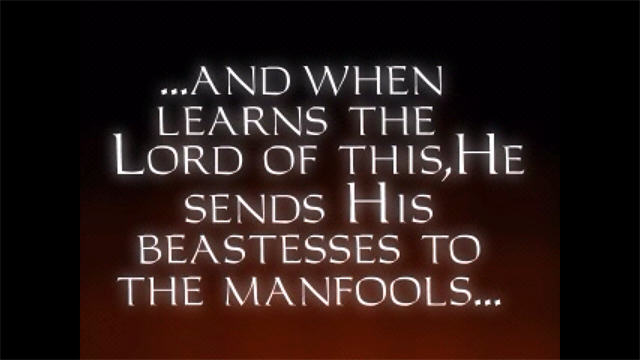 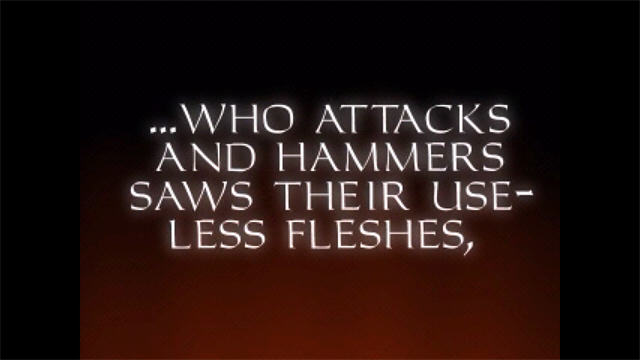 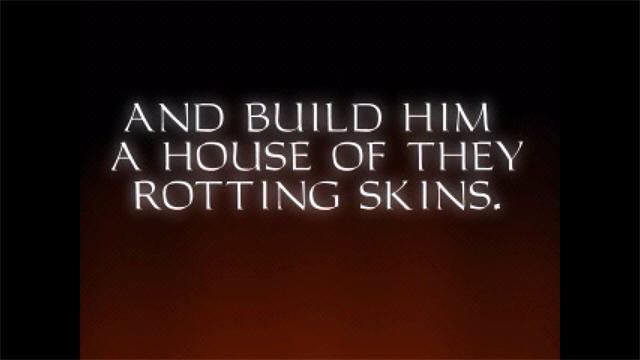 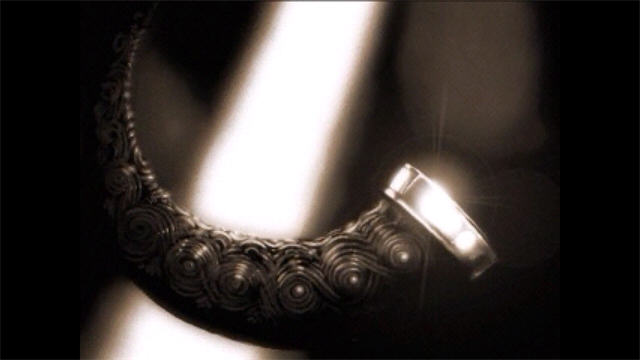 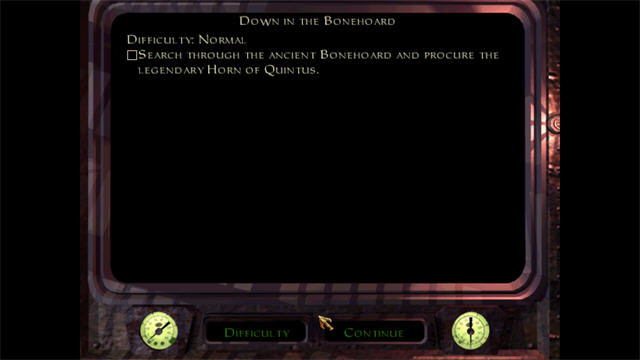 I still need some money so I go after this horn straight away in Level 3.

I preferred the first level in all honesty but this wasn’t bad once I got back amongst all the guards. It’s taken me quite a while to play through since I went through all the wrong cell blocks before finding the one I needed. I could have spent money before the level on getting tips. I presume these would have told me where to look. It’s an interesting idea having the buy-able items at the start of each level. So far I’ve not really looked into them + I’ve not tried any of the unusual weapons available to me such as water arrows for putting out lights, or rope arrows for climbing up to wooden beams. I’ll have to try out some of these next time I play.

It’s going to take me weeks to finish this if I don’t speed up a bit but I’ve not much on today and will try to make some real progress.