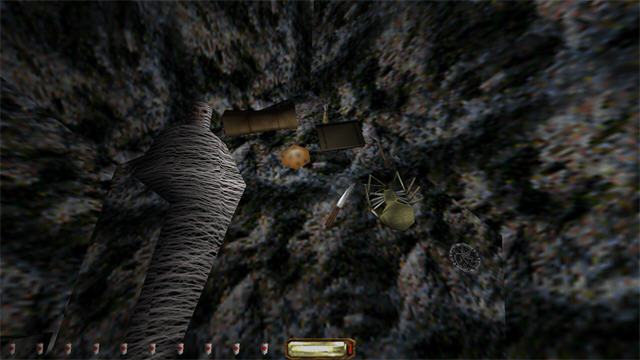 I go into this next level, not especially looking forward to it. With a title like The Caverns, it leads me to fully expect more crawling around caves. It certainly starts off that way although  do complete my first objective easily which is to track down my informant. He’s come off the worst in an encounter with some spiders. 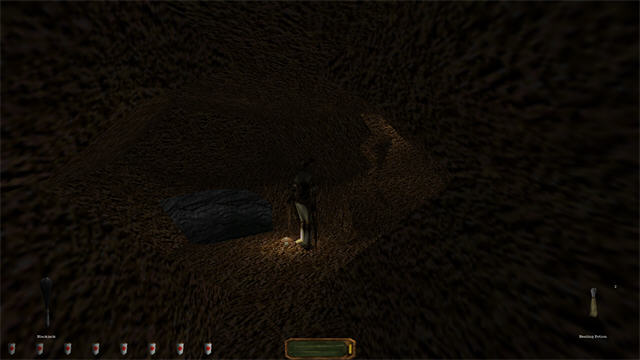 There are a lot of the pincer handed monsters down here. I blackjack most of them and kill off the last before swimming through some underwater tunnels. 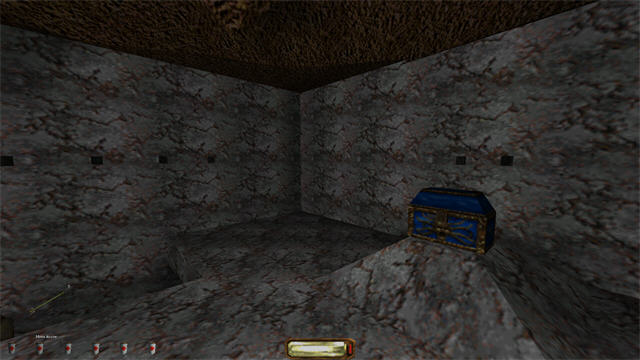 This brings me to a treasure chamber. The walls are covered with arrow traps but I can just duck under them all. After my efforts the chest is empty. 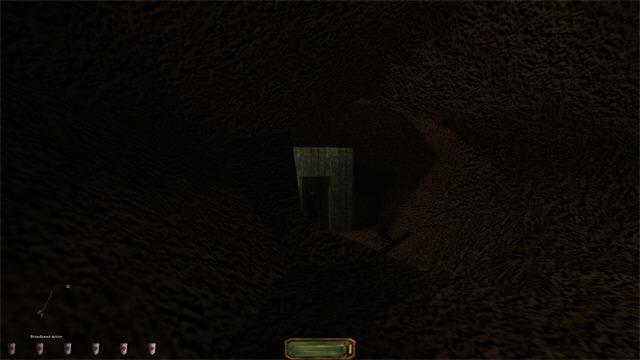 The amulet should have been in the chest so I now have to go searching for it. I come across a strange hermit living down here. He is an opera buff and tells me how the owner from the opera above now has the talisman after a party of his discovered it down here. He gives me a map and a key to get in.  This leads to a completely new set of mission goals and it doesn’t look like I’ll spend the whole level in caves after all. 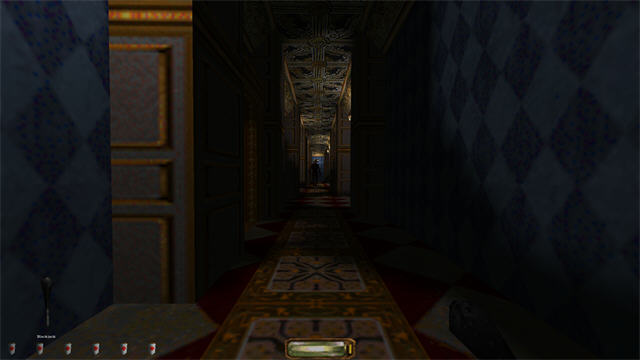 I completely ignore his map which may not have been the best idea but I do find the opera house after making my way back to the surface. I end up having to sneak in through the front entrance and it isn’t easy. All the floors round here tend to be made of marble or stone and the guards can hear me all too easily. I make it up to the 1st floor eventually and its marginally easier from here on with some of the floors being partially carpeted. 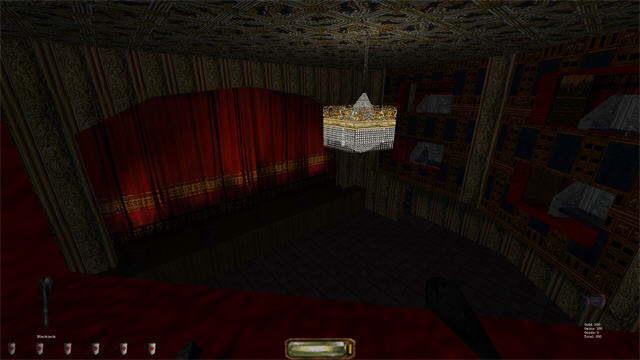 The opera house has to be the best location so far in the game. It’s a well thought out structure complete with stage and I can even get into all the boxes and rob the opera fans. 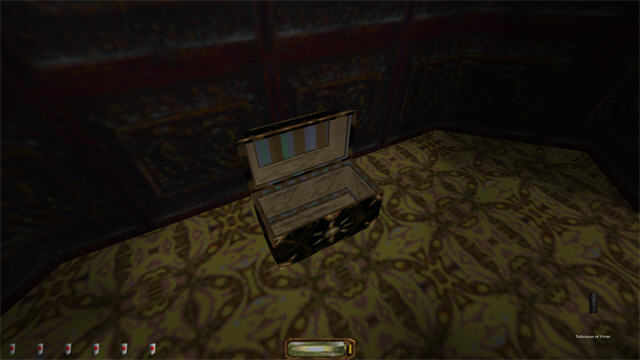 I’m starting at the top floor and working down and actually run into the amulet very early on. If this wasn’t expert level, I expect the mission would have been over without me ever seeing most of the level. Getting in the room wasn’t easy. There were two guards directly outside the door and I couldn’t kill either of them. A gas arrow would have helped but instead I have to deliberately make a bit of noise to tempt them into the shadows. 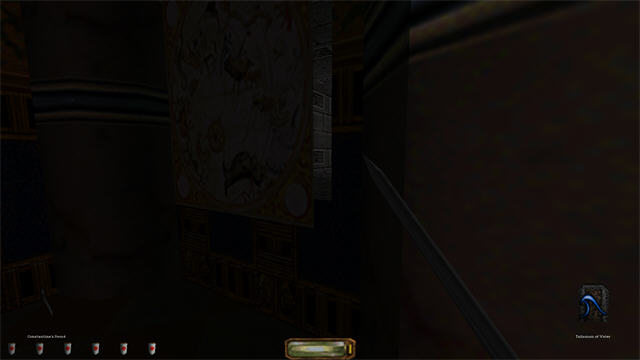 I notice a secret passage while exploring the rest of level 3 and this takes me back to the ground floor. 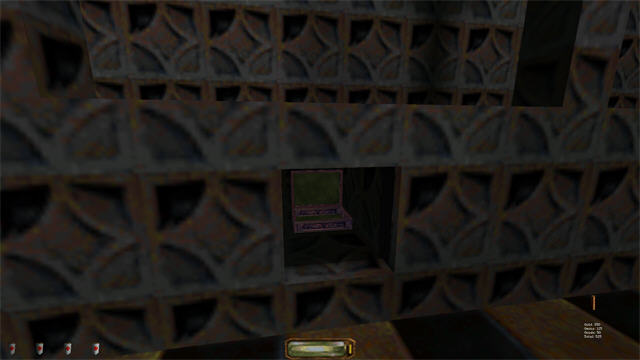 The ticket office is down here. Another of my requirements is to rob this. It isn’t guarded so this isn’t a problem, I just have to take out the ticket clerk. 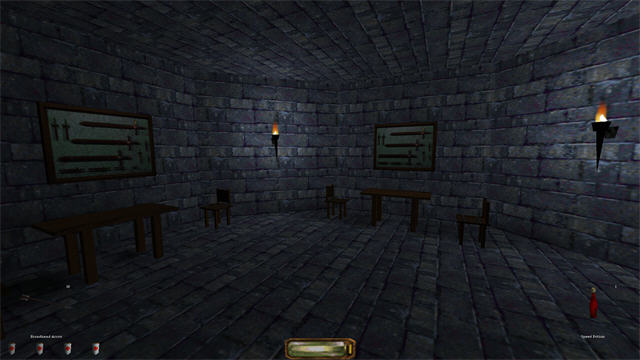 I continue exploring and blunder into the guard room. The guards spot me and I end up having to attempt to blackjack one of them whilst he is attacking me. This works but it’s not something I want to make a habit of. 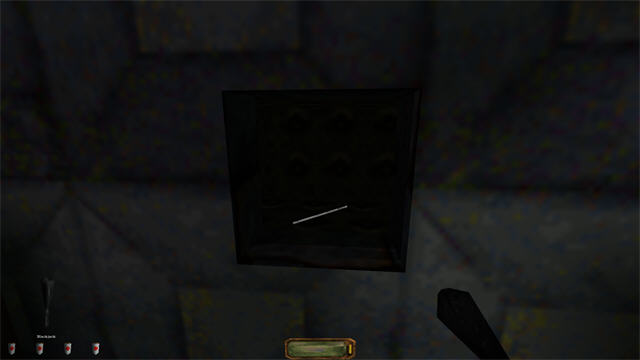 I work my way to the 2nd floor and find another needed item – a silver flute. This still leaves me short of about half the loot I need to complete the level so I keep exploring. 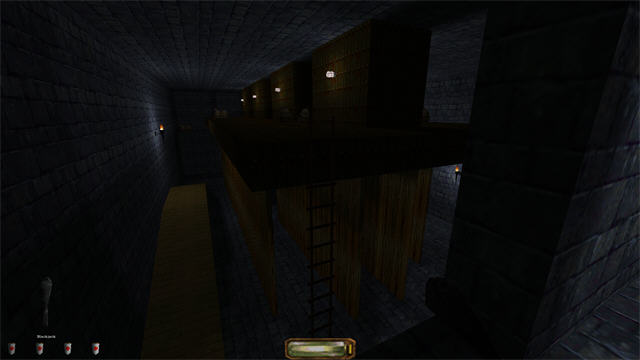 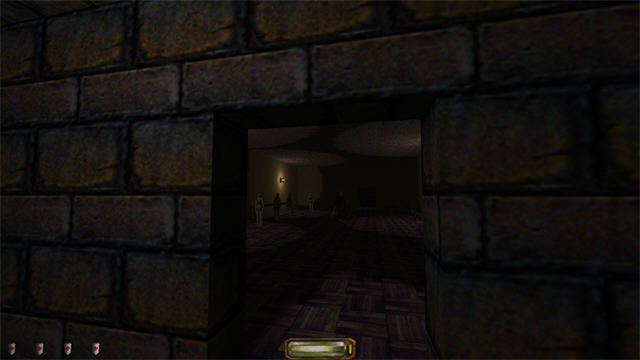 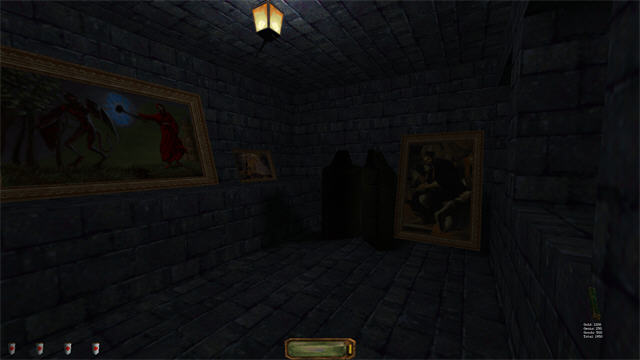 Further exploration finds all sorts of rooms you might expect in an opera house, There is a backstage area with scenery boards, practice rooms for the ballet, a props room, etc… My stealth abilities are really tested in all of these although with a bit of patience I can clear out huge areas of the map without having to resort to killing anyone. Getting the 2000 loot takes a while but I never get bored for a minute and don’t have to retread old ground.

Once I have the money, I drop the stealth and just leg it for the front entrance straight past all the guards. 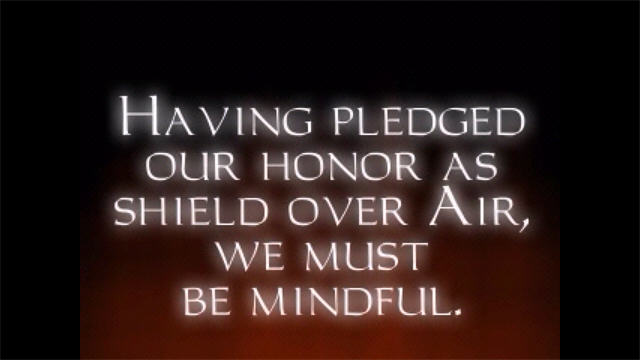 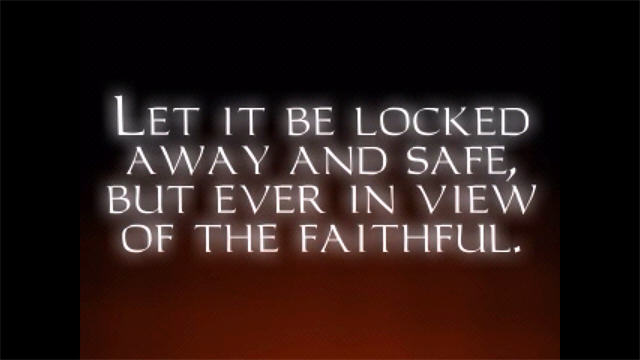 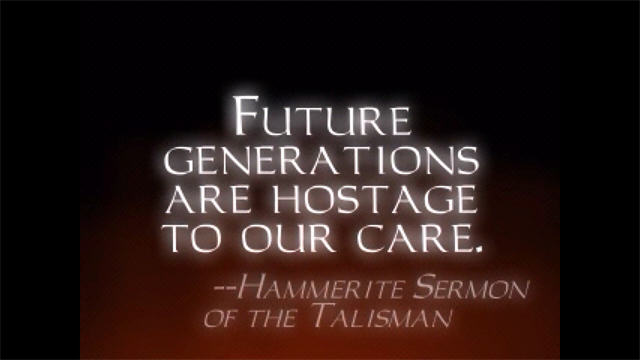 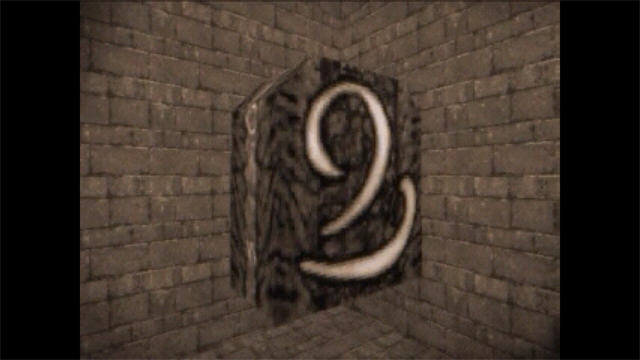 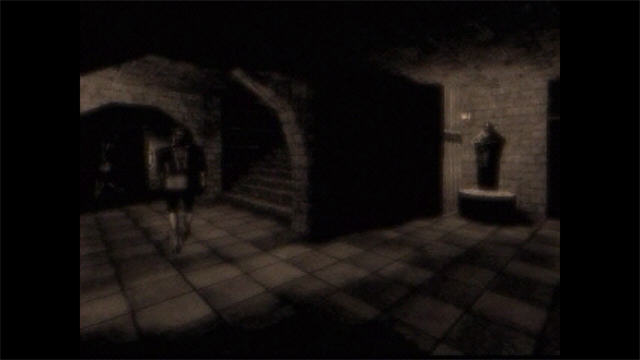 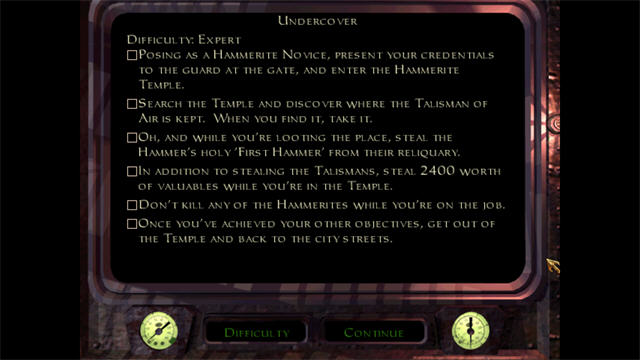 This leaves one more amulet to find which I ‘ll be going after in a Hammerite temple next mission.

This has been the games best mission so far. It was another huge level but always varied and challenging. The guards were all extremely alert for any sound or movement and the level design made keeping unseen and quiet something of an art. The long thin broken carpets were an excellent idea in the marble corridors. To blackjack a guard I had to move minutely slowly onto the carpet, but quickly enough so I could then speed up and catch the guard before he got to the end. If he got off the carpet first, then I’d be heard every time.  I’ve also been required to use misdirection for the first time, deliberately making noise to draw guards away from a guard point.

This was the final of 3 levels which were added to Thief Gold but were not in the original game. It has to be said that those have been the best 3 levels in the game and my opinion of Thief so far would have been a lot lower without them. Hopefully the remaining levels will come close to these standards. Looking Glass had obviously learnt what the fans wanted by the time of Thief Gold – if Thief 2 manages to keep these sorts of levels going for a whole game then it should be an absolute classic. I’ve still got a few levels of this to go first though.