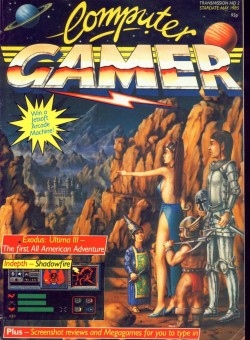 I stumbled across this review of Ultima 3 on the C64 in the World Of Spectrum archives this morning. There isn’t anything especially interesting in the review although it does mention that it was the first part of US Gold’s “All American Adventures” series over here in the UK. This series included games from a diverse range of developers such as Ulysses and the Golden Fleece from Sierra or Screenplays Warriors of Ras. For anyone who thinks games are expensive these days, it also say that Ultima 3 originally sold for £50 on Apple or IBM in the UK.

My favourite part isn’t the review but that Ultima 3 was the featured game in this issue meaning that it got its own original cover art. 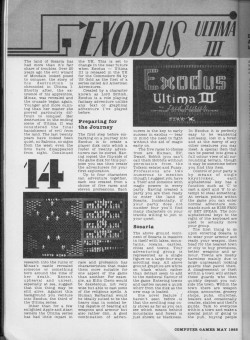 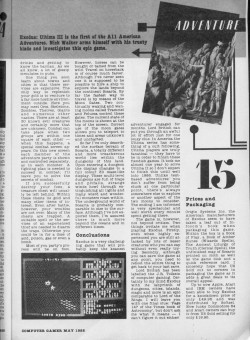