I’m not convinced about the effort/reward ratio with all these demos I’ve been playing over the last few days. I’d quite like to get stuck into a game at this point instead of all this switching around. There aren’t that many left now though. This demo comes from the Xmas 99 PC Zone Cover CD. I’m sure it is widely available so I’ve not bothered uploading it. 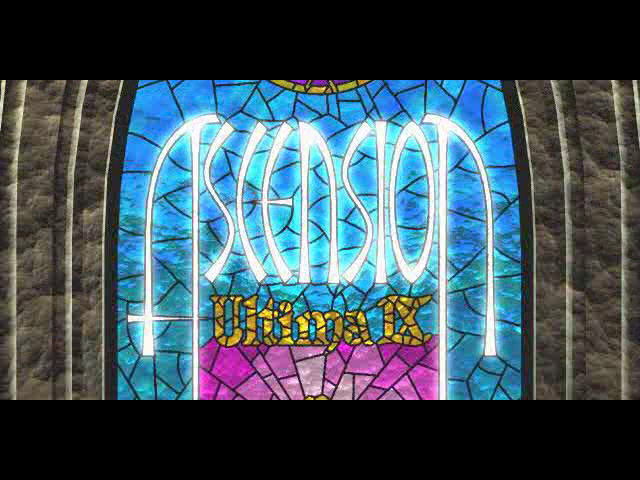 I remember the demo well from the time actually. It was released world-wide although here in the UK, we were way behind the USA in terms of when we got to play the finished game. By the time it was released here it was the final patched version, making everyone in the USA beta testers in effect. It was a rare occasion where us Brits were better off with the extra wait. Of course, I’d paid a princely sum at this point to import the Dragon Edition which was never sold over here and ended up having to cheat my way to the end of the game thanks to one of the many bugs. 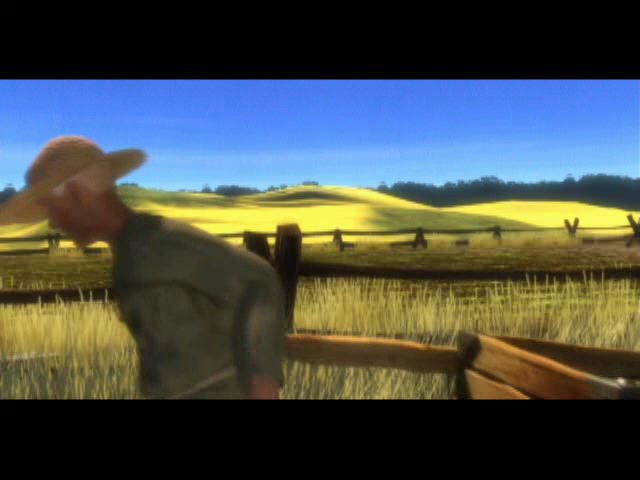 The demo starts with the impressive intro cinematic which was certainly up there with the best I’d seen at the time. 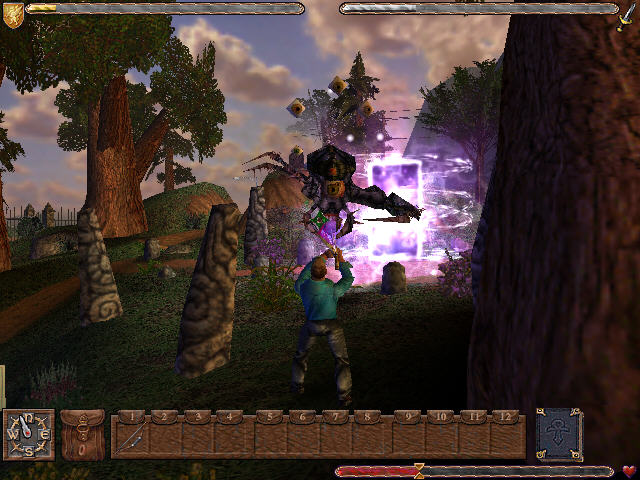 The playable part consists of the Earth training level + Stonegate and all the FMV that went with it. Any changes to the released game are minor except for the bugs which didn’t cause me a problem back in 99 having something approaching the ideal PC, but trying to run this now caused me quite a bit of grief. First off my “fixed” Win 98 machines new PSU decided that it would refuse to start up and would instead flick straight off immediately after I let go of the power button. I swapped the old PSU back in there which got it starting but it was completely unstable again and crashed within moments of the 3D sections starting. I think I’ve confirmed the problem anyway but I’m out of PSU’s at this point.

So I go back to running it on Windows 7. I tried the D3D mode and nearly all the textures were missing, so I swapped to using a Glide wrapper instead and it wouldn’t even start. It turns out that it refuses to run from anywhere except c:U9. Once I’ve discovered that much I think I’ve got it cracked and set into playing the demo. I have to say that the Glide wrapper isn’t a patch on what it looked like for the few seconds in was running on a Voodoo 3. There is a lot to be said for using the original hardware still where possible. 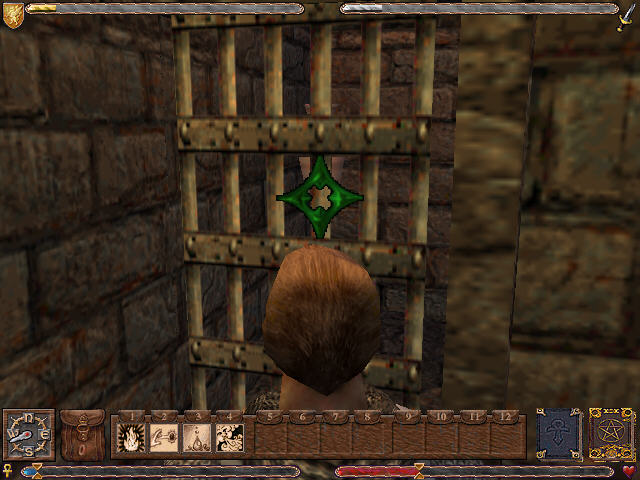 I did run into some problems with my avatar getting stuck in combat although jumping usually got him out of it. Other than that, it’s all going well until I run into the bit in Stonegate where I have to blow this vase onto the pressure plate and it simply isn’t having it. The vase always ends up floating in mid-air, presumably due to the same speed issue that causes the floating rune bug in the final game. No problem I think and try to switch the flying avatar cheat on but this refuses to work also and I never did make it to the end of the demo. 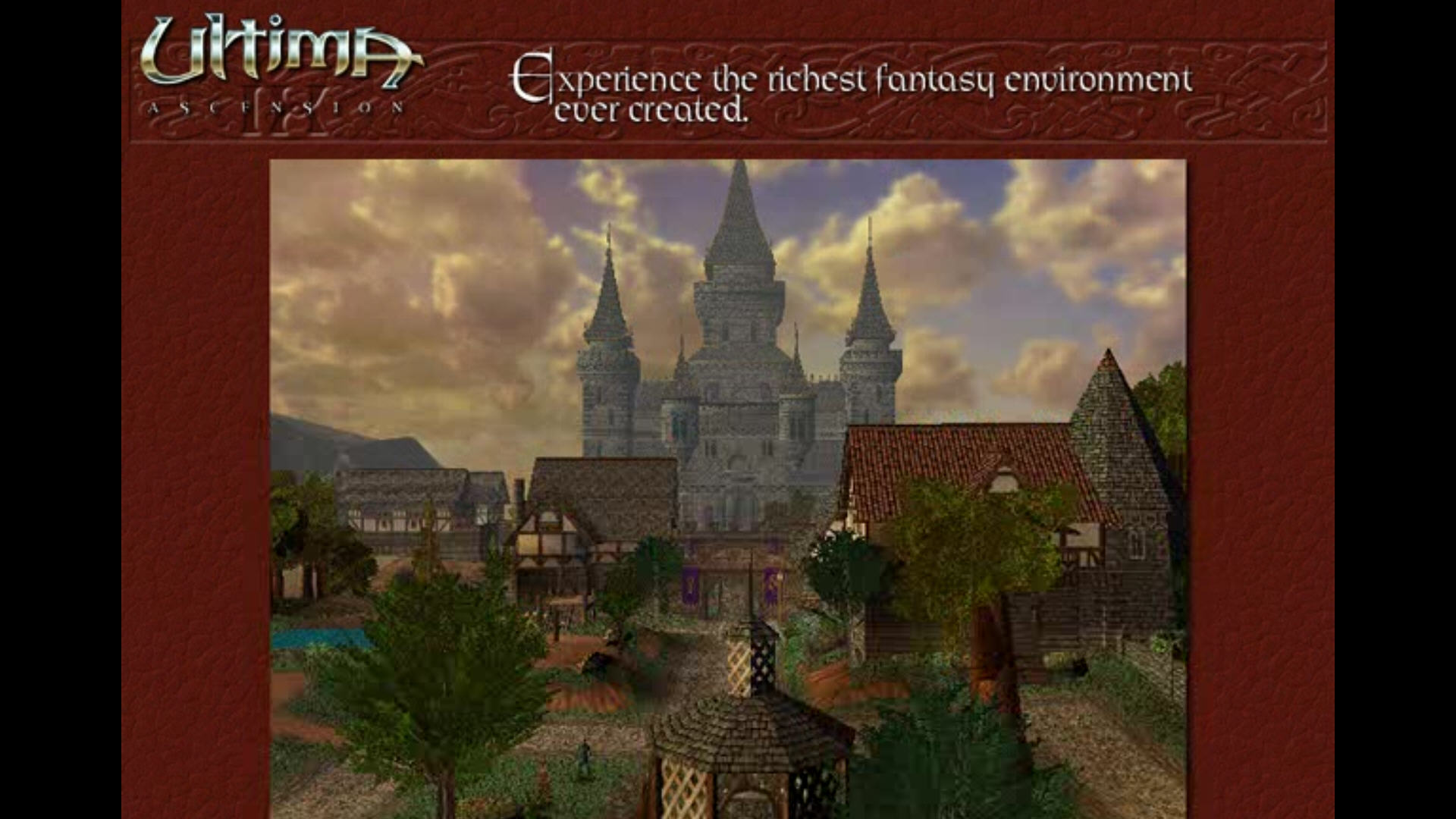 I can at least play the fmv that would have come up had I made it out of Stonekeep which shows a load of screenshots from the game. These screenshots must have been faked, they certainly aren’t from the game as any of us ever saw it. The clipping and fog would kick in way before the castle would show up, even if the game hadn’t already crashed at these viewing distances.

The hype surrounding Ultima 9 up to its release was quite something and it’s no wonder people were disappointed with it after so much buildup and screenshots like this. Looking back at it now, it’s genuinely enjoyable with some of the best dungeons of any game I’ve ever played and a fantastic looking world to explore. It isn’t an RPG by any stretch of the imagination though and was a dismal failure in terms of providing the climax the series deserved from a narrative standpoint. It’s a game I have mixed feelings about. If it wasn’t ending the series and/or didn’t have the Ultima name I might regard it as something of a classic. I just wish the voice acting had been shelved in favour of good old-fashioned text conversations with some actual depth.

I remember people spending quite some time exploring every aspect of this demo, with the most famous antics being using the breadmaker to build bread bridges to get to inaccessible areas. I’m sure there was a teleport behind the house which could be reached this way and I recall seeing extreme screenshots of someone miles in the sky on a winding trail of loaves.