Spoony’s review of Ultima 9 from a day or two back appears to have divided viewers while rekindling some old arguments about the merits of the game. Speaking for myself, the review did a better job of being irritating than funny and went on for way, way too long as a result. That isn’t to say I can’t understand where he is coming from.

I thought I’d dig out some reviews to see what the UK press thought at the time. I only found a couple but the reaction wasn’t actually all that bad and appears to depend largely on how many bugs the reviewers ran into rather than the gameplay/storyline. The game was held back until after the final patch before release in the UK but this review from the February 2000 PC Gamer is of the original US release:- 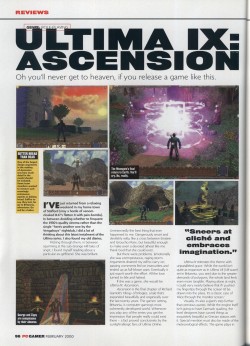 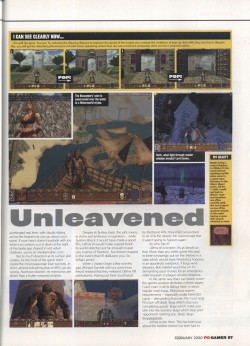 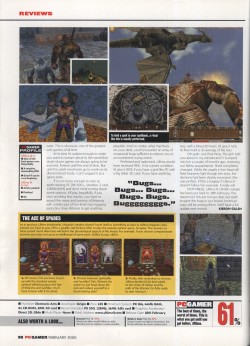 Despite the low score the review is actually extremely positive and they suggested a score of 94% if it had run perfectly. They are a little less keen by the time the promised update arrived in the May 2000 issue:- 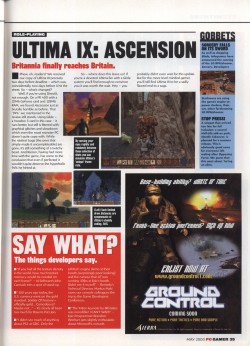 I can’t say I’ve ever found the game to be anywhere near as buggy or slow as the above review suggests and I’m clearly not alone in that. This far more generous review comes from the February 2000 PC Format which at 91% puts it ahead of Thief and System Shock 2 for this reviewer:- 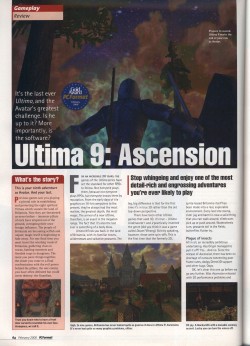 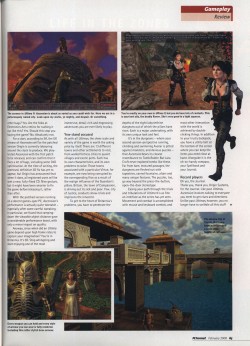 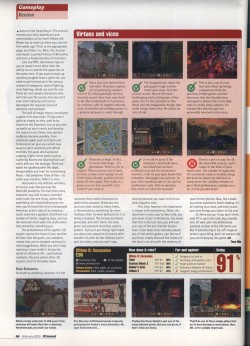