I’ve a bad habit of backing gaming Kickstarters and then if and when the final product actually arrives I never get around to playing/reading it. I’ve yet to play Wasteland 2, Pillars Of Eternity, the new Elite, etc.. all of which delivered years back. One more Kickstarter on that list was Mike Winterbauer’s book on his life creating video game covers. 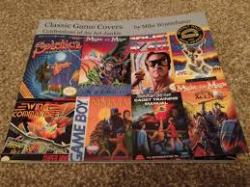 The Origin connection here is that Mike created the artwork for the SNES Wing Commander port, not to mention the two Xeen Might & Magic games which is certainly what drew my attention in the first place. The book covers both of these and Mike’s work on loads of other game covers and concept art. All the people in his paintings were based on photos of Mike, his friends + associates with some often comical shots included of these in the book. When you start to look for it, Mike has personally starred on quite a few game boxes over the years. He also had a line in covers for VHS movies which he includes in here. Lots of these appear to be B movies and I really want to watch The Brain now. 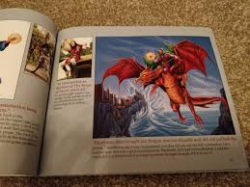 The picture he paints throughout the book is that being an artist isn’t a great way to get rich with getting a paycheck often being as much effort as actually doing the work. He basically did it for the love of it but it sounds like his work is finally finding a market these days. He held onto his original paintings for years until starting to sell them on Ebay some years back. I don’t have any of those but the Kickstarter did include some Wing Commander and Xeen prints at certain levels which I really have to find some wallspace in the games room for. 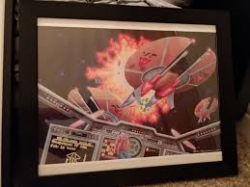 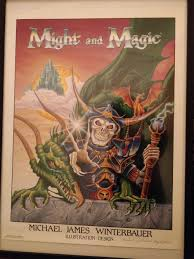 Some of Mike’s artwork appeals to me more than others. It can fall into that uncanny valley where it’s not quite realistic or cartoony enough in my eyes. He could do photo-realistic when he wanted though and clearly has a real talent. There are some of these paintings I would honestly have thought were photos. The book is a fun, if brief, journey through the life of a jobbing artist and the good news is you can download it for free at Mike’s website. He is also running another Kickstarter for an illustrated children’s book which is already funded but has a few days left to run if you want to get in on it.