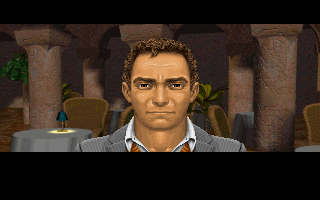 I go back out to Selims to find a mission and this time all the tables are full giving me a choice of missions. I choose the guy at the back who offers me a mission in Quebec, helping out the government against the rebels. The rebels have recruited a rival squadron (the hammerheads) who will be better equipped than anyone I’ve been up against.

The first mission, is a simple one and I just have to destroy some planes. In the next I have to blow up their base. This proves to be a lot more difficult. I seem to end up going round and round in the dogfights trying to get a Mig into my gunsight and every time I’m about to do so it speeds up and I have to catch it again.

I make it through to do the bombing a few times but its taking me about 20 minutes to shoot down the 3 Migs and I mess up the bombing run and run out of ammo. This painfully slow progress gets to me after about 2 hours spent on this and I’ve still only completed the one mission so I’ve decided to drop the difficulty level of the game a notch.

As soon as I do this things get a lot simpler. I can get on someones tail with a lot more ease and I seem more likely to hit. I’d prefer to have stuck it out at the higher level but this is a lot more fun so I’m going to stick with it for now. 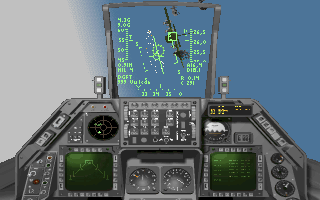 We don’t seem to want to give the hammerheads a break and next mission we take out their cargo planes. These are the equivalent of cap-ships I guess but these ones at least have no firepower and are sitting ducks once their escorts and destroyed.

That completed this tour (every one seems to be 3 missions). I’ve accepted another now to help out in the oil wars in Alaska but since it took me 2 1/2 hours to do these 3 missions I’ll leave them for tommorow.