I’ve finally reached the much maligned Ultima 8. Like every other Origin game in this period this was released unfinished and later patched. Apart from that I gather there were changes to the core gameplay with some un-avatar like behaviour and a load of jumping type puzzles which put off a lot of long term fans. Its a game I’ve never played so I’ll have to judge things for myself. I’m actually quite positive going into this – I think the core gameplay could do with a change. Ultima’s become far too much of a series of alternate virtues and I’d hope that Ultima 8 will get away from that at the same time. Developing this theme in Ultima 4 was inspired and revisiting it with alternate/anti virtues was a good idea also but we’ve seen it over and over now and its time for some originality. Its a real sign of staleness in a series when it has to repeat its predecessors too much (See Monkey Island 4 for an extreme example of this). Above all I’d like to see a strong original plot – I was a bit disappointed with Serpent Isles story and it was the first time in the entire series that I don’t think I could argue that it was a better game than its predecessor. 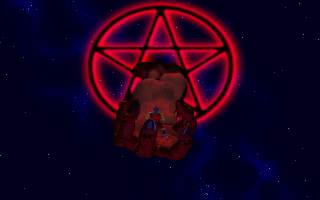 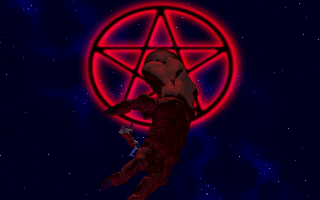 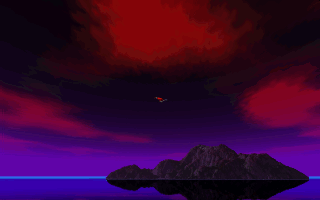 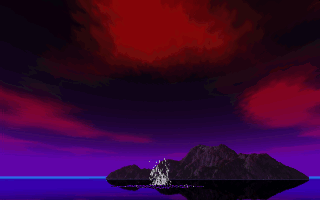 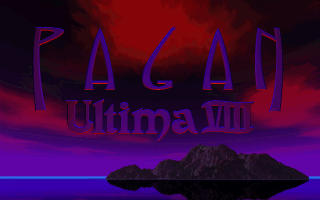 The intro picks up where Serpent Isle left off – the guardian banishes me into the world of Pagan while he goes off to conquer first Britannia and then Earth. It’s brief but sets the scene nicely. 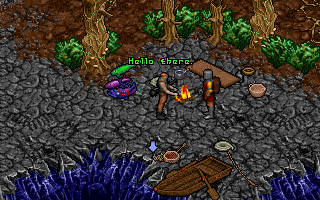 I wake up on a shore and get a little background information. I’ve just been fished out of the water in this guys fishing nets. He tells me of a couple of elemental gods of some sort (earth and water) and that the bodies of the dead are sent to the earth god in his halls.

I get my first look at the new engine – its certainly different. It is now fully isometric with smoothly animated characters. The portraits are gone which is a shame – I’m sure disk space dictated this. My avatar now has animations for running, sneaking and walking in each direction though and on the whole things look better. It’s a little early to say if I prefer this approach to U7 – its possibly a little artifical with everything being obviously in neat blocks again – Ultima 7 had moved away from this and no longer looked to be based on tiles (even if it was). It reminds me of a much improved version of the likes of Alien-8 or Knight Lore.

With the isometric view comes a restriction in movement direction. I can now only move the avatar in the 8 compass directions. This feels like a step backwards and was last seen in the Ultima 6 games. If I am to control the avatar in this way I’d prefer to use the keyboard to walk him around but this doesn’t seem to be an option. 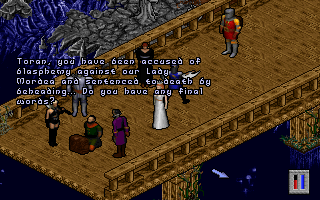 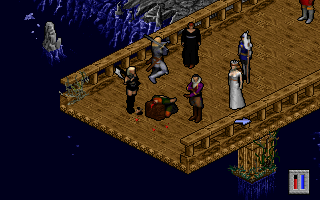 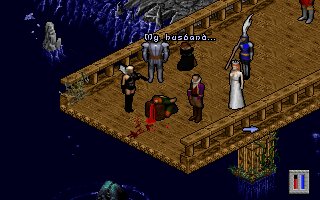 I make my way West to some docks and get to see a scene of a man being executed. I’m forced to stand back and watch. Some sort of rule is being broken as the mans body is supposed to go to the earth god and not the sea god (lurker). The gods are clearly not imaginary as a giant creature comes out of the water to swallow the mans head after it rolls in. At the end of this scene, the main protagonists leave with just the dead mans wife being left behind and a guard who grills me then  stops me from talking to her. He isn’t hostile as such, just suspicious and lets me go. I don’t tell him I’m from another world as I don’t expect it would go down well.

I hardly had any time to get started on this and thats as far as I got. On first look, the new engine is probably an improvement. The background music is more ambient and adds a bit of atmosphere and the extra detail in the graphics made this cutscene make more sense than the equivalent in Ultima 7/Serpent Isle would have done. I will miss the portraits but the better animation may make up for this. I’m a bit skeptical as to how artificial the world could end up looking with the isometric tiles but I need to have a better look around before I can make my mind up.