Since its almost the end of the year, I thought this would be a good time for a bit of a retrospective look back at nearly 7 months of blogging before I get back onto Wings Of Glory. When I first started this blog, I talked about it taking a year but really had the idea I’d finish the whole lot up by Christmas. I’ve not done too badly but I had no idea just how long this was going to take – I’ve skimmed through some of the games but if I added up the hours I’ve spent playing them all, the total would be frankly worrying.

That said, I don’t regret starting on this and its been great to follow Origin through from the start like this. There have been a few turkeys along the way but they have been the exception and I’m as much a fan as I ever was. I’ve also spent no money on games, dvd’s, new computer hardware and a bit less on going down the pub while I’ve been playing this lot and paid off a great big chunk of my mortgage because of it. The high points for me are finding gems that I’ve never played before like Space Rogue or 2400AD and also playing a few games outside of my usual genres like Wings Of Glory at the moment.

The older games have been the most fun and in some ways the games have lost a bit of their charm since I moved onto the VGA era. I have been playing through what has to have been the worst period for Origin and may change my mind but I think I’m becoming a true retro gamer. In the original days of gaming all you needed was the idea and the dedication to pull it off. Even by the era I’m in now, the days of the bedroom programmer were coming to an end as the games industry moved towards a Hollywood style system of risk-free generic titles. Sequels don’t neccesarily mean a lack of originality and that certainly wasn’t the case with the Ultima series but Origin were as guilty as anyone else with endless Wing Commanders, each being more or less the same game on new technology. The Strike Commander series is the same again with planes. As much as I love those games they definitely showed the way things were going. Thats not to say there aren’t still decent games around but a game these days typically requires too much investment to be quirky or original. As soon as games start getting deeper, the next wave of technology comes along and we are back where we started gameplay wise, just with fancier graphics, while developers get to grips with it. Technology used to lead to deeper games as it gave developers new opportunities to expand their ideas, these days advancing technology actually limits possibilities.

I’m very much generalising and there are and always will be games the buck the trend. There are also signs that smaller developers have much more of a chance these days with internet deployment. I feel much the same about films actually with the average b&w movie being far more deep and intelligent than its modern equivalent. Variety is always good though and I can also enjoy the latest dumb action movie as much as the next guy – I just won’t be looking back on it with any nostalgia 10 years down the line.

If anyone else fancies doing a blog like this I’d definitely advise taking on less than 60 games unless they are a bit shorter than your average Origin epic or you really want to spends years on it. In an ideal world, I’d like to do a better job writing them up but that would mean taking notes and generally going at a much slower pace. I’ve been at it 7 months as it is and I’ve still got a dozen games after this one. I’ve already finished every game except System Shock after this before so I should race through them pretty quickly but I’m still going to take another 3 months+.

I’ve enjoyed it enough that I’ve even been thinking about picking another company after this. Obvious choices are Sierra or Lucasarts which are the other two big names that spring to mind from early PC gaming. Both of these would be epic blogs especially Sierra who have been churning out games since about 1981 but replaying a load of titles I remember well and I’ve finished before wouldn’t be all that much fun. I reckon I could just play straight through 95% of Sierras and Lucasarts adventures without having to think what I was doing. I don’t reckon most of the games I missed were necessarily worth bothering with either.

I’d like to take on something a bit smaller second time around so my mind goes back to some of the games of my youth from the ZX spectrum. Companies like Ultimate – Play the game (who later became Rare), Melbourne House or Gremlin Graphics/Interactive who were based in Sheffield just down the road from me. Suffice to say I never finished many (if any) of their games at the time as these early games were incredibly unforgiving. Going back and finishing them 25 years later has a definite nostalgic appeal and should take up a lot less time up the games I’ve had to play through in this blog.

So I’ll be picking either Ultimate/Rare or Gremlin for my next blog whenever thats going to be. It would be great to finally finish games like Atic Atac, Alien 8, Monty Mole + Trailblazer and I wouldn’t mind revisiting newer titles like Normality, Goldeneye or Realms of the Haunting. I’m getting way ahead of myself though. Right now I’ve got enough on my hands with 13 Origin games still to finish. I didn’t manage too long last night but I got a couple more missions done. 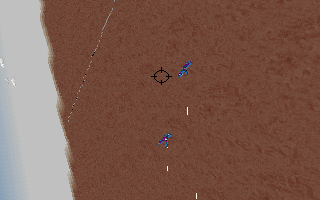 The first mission involves shooting down bombers and lots of them. These are big and slow but they all have tailgunners which are a complete pain. I figure out how to use my new planes wing gun on this mission. It actually points up about 45 degrees from straight forward – if I press the L key I can look straight down the sight but I can still control the plane. I’d expect to crash into the ground flying like this but it actually works out pretty well and since I’m attacking from below, I’m safer from turret fire.

The wing gun also packs a punch and takes out bombers with a few hits. This new plane is definitely growing on me. 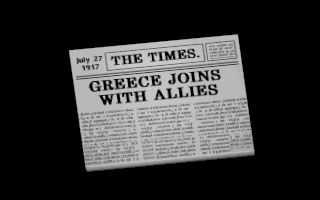 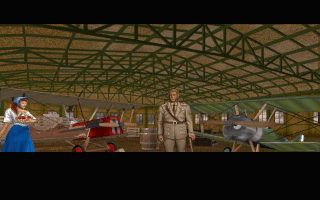 When I get back, the commander has restricted everyone to base again. We don’t really know why but suspect that Charles must have done something to annoy him. Lisette turns up asking why I didn’t meet up with her but before we can even discuss it the CO shows up to stop me enjoying myself. 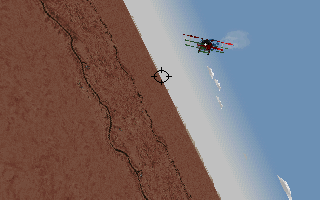 I see some new planes on this mission – this time with 3 wings. As ever you don’t want to get infront of them but with all those wings they are a huge target. The balloons themselves only take a couple of shots but my wingmen are completely incapable of hitting them for some reason and fly round in circles. 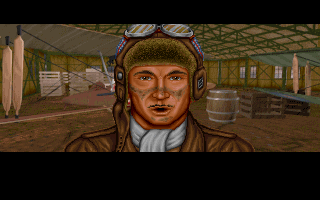 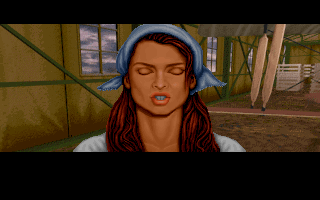 Lisette is waiting for me when I get back. Charles advises that I should send her packing for now as the CO won’t take kindly to her being here. As it happens I don’t need to make that call and she is just here to check I made it back safe. 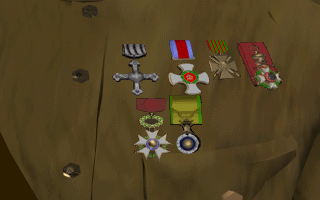 I get another medal for reaching 30 kills. My next mission is another bomber escort. The first of these was the hardest mission so far but I won’t be trying this until boxing day at the earliest.

This being Christmas eve and all it’s high time I headed out for a few beers. I’d like to wish anyone reading this a happy christmas and I’ll be back in a few days.