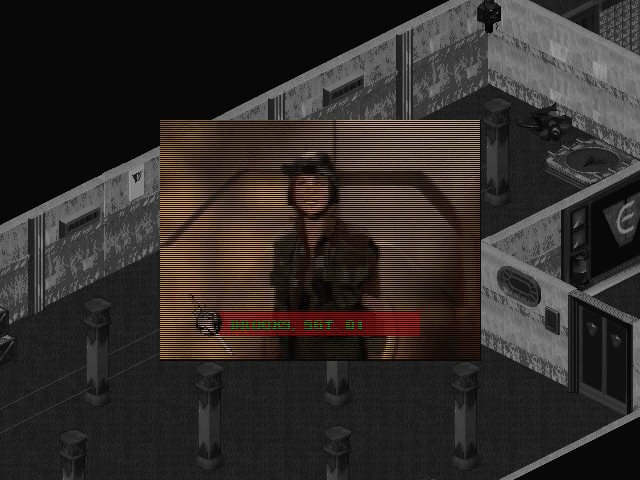 I’m paired  up with Brooks on Mission 6. She still doesn’t trust me but goes along with the plan. 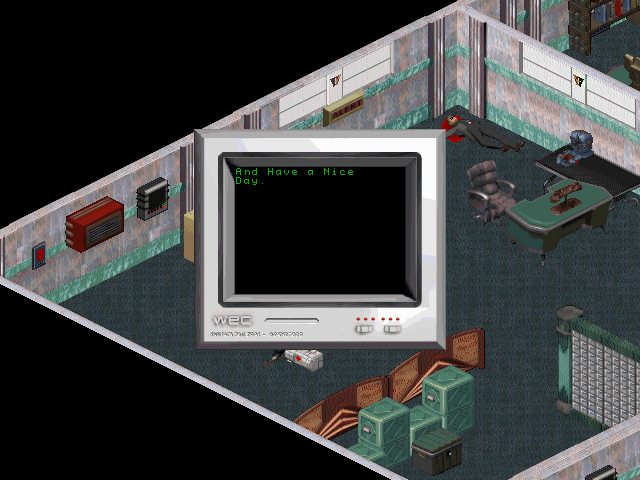 This level consists of having to find loads of keycards and teleport codes and to move between new areas. Every message on each computer ends with “Have a nice day”. 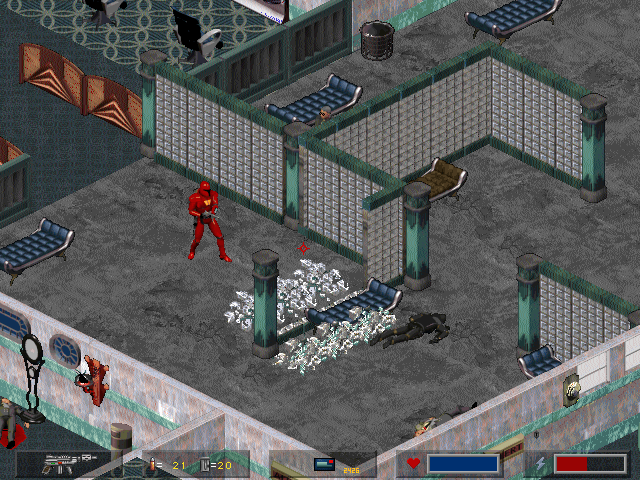 The only notable new thing here are these glass partitions which I can shoot my way through for surprise attacks. 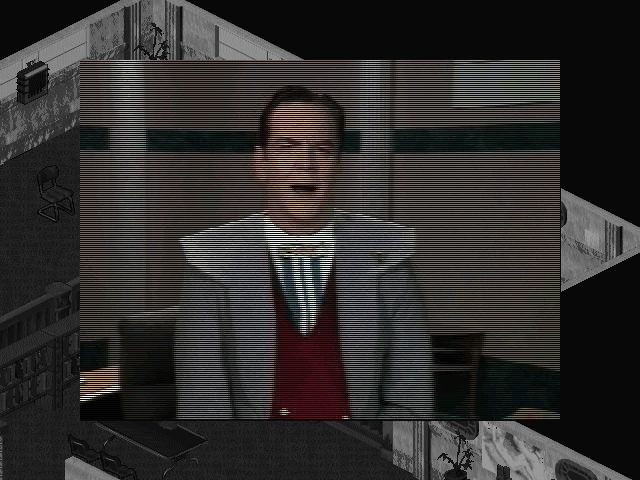 I find the Senator pretty quickly. He tries to bribe his way out of it but I shove him onto the nearest teleporter and he is whisked off to central. I return straight to our local hq. 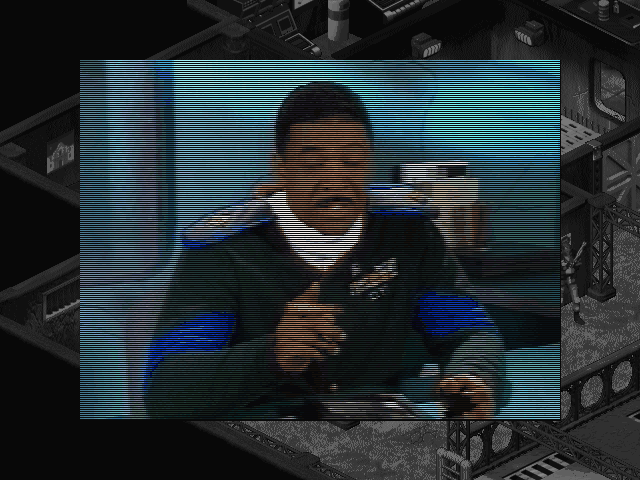 The senator must have talked as my next mission is going to be blowing up a load of nerve toxin. 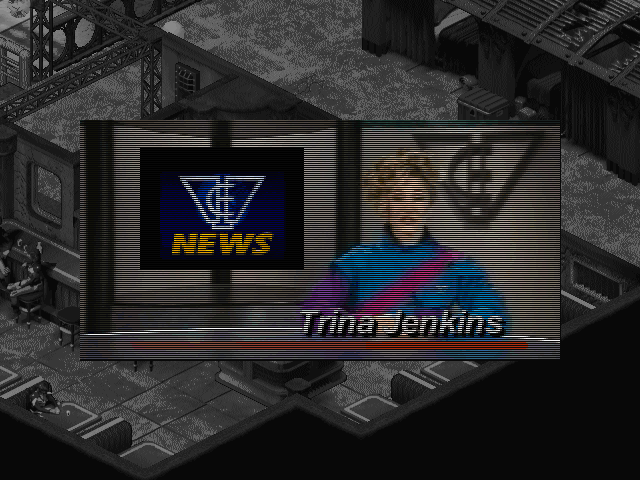 The news reports a new WEC space station which will be used supposedly for quarantine and disease research – I can see a link to Operation Vigilence on the way myself. 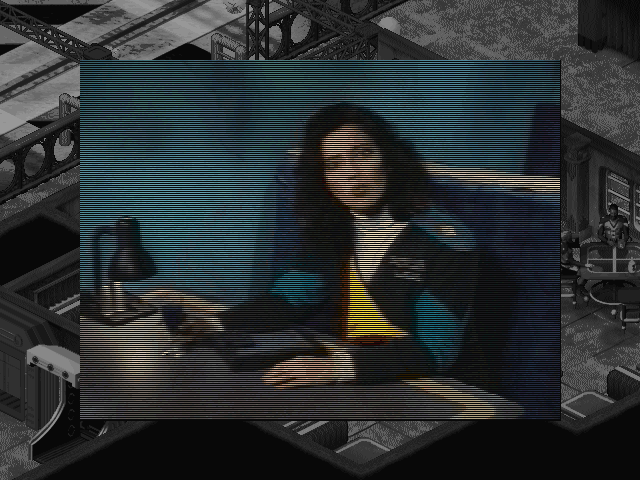 I’m informed that while I was gone Central search the whole base but didn’t find what they were after. 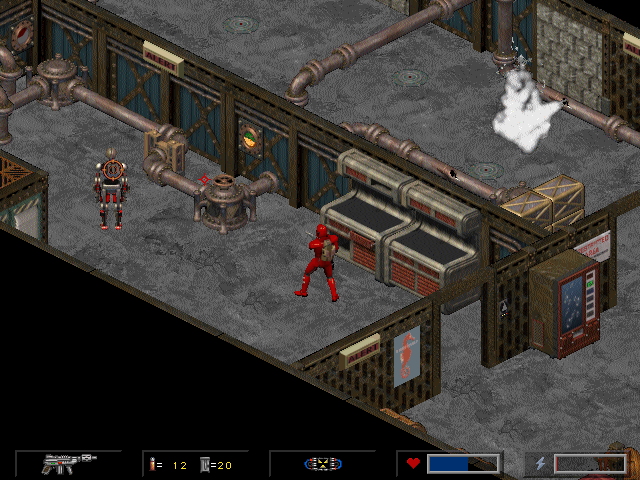 Theres a new enemy on mission 7, a humanoid robot. These take a few hits and also don’t drop anything useful after I’ve destroyed them. 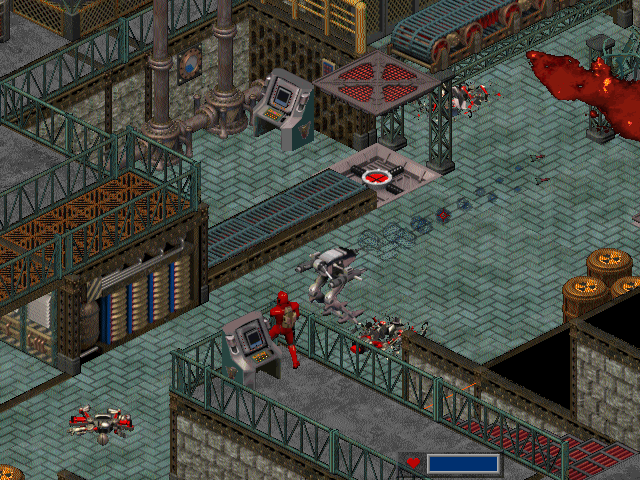 There is another new type of sentry robot, these things fire rockets and are lethal. 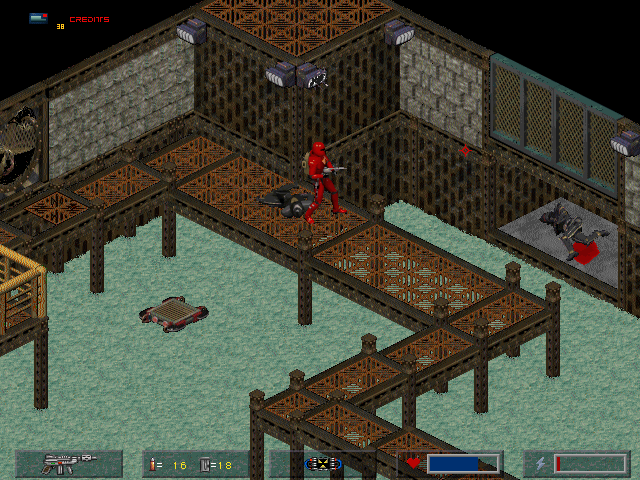 I run into a soldier with a rocket launcher also – you simply can’t afford to take a hit from a rocket in this game so I have to use my rolling to get out of the way in a similar manner to strafing in Doom. 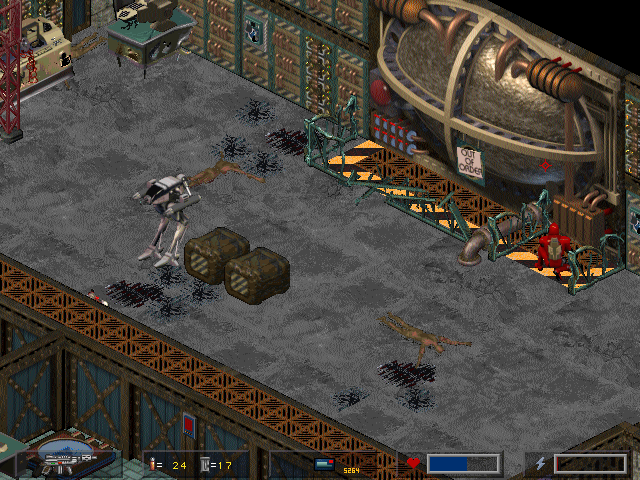 At the end of the level I find the toxin chamber and plant my bomb. The WEC physically cut off all the teleporter pads, trapping their own people in their but I can still escape through the one I came in on. 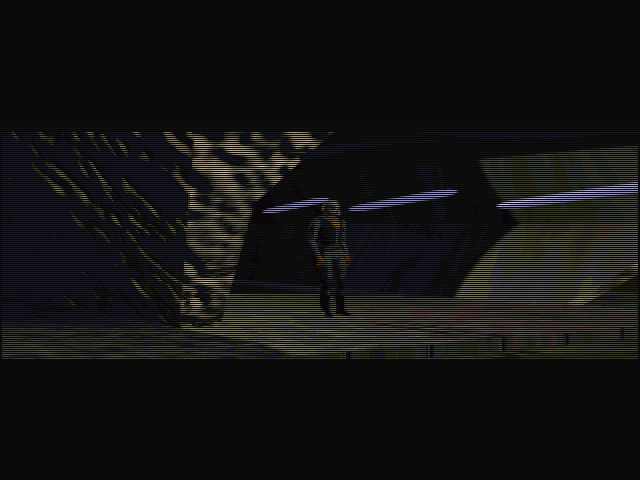 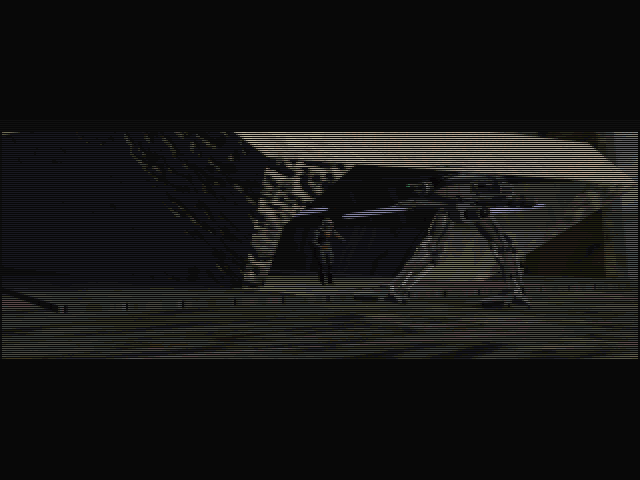 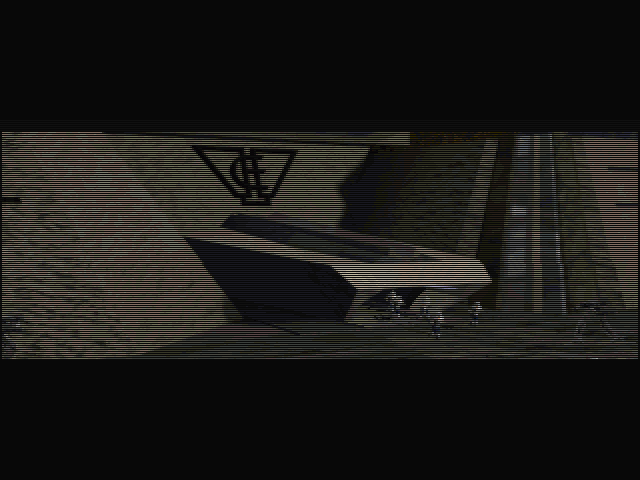 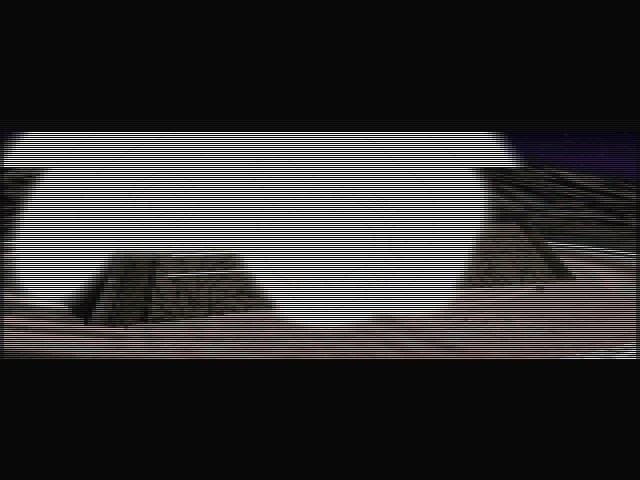 Theres a nice cutscene of the base exploding and I return to HQ. My next mission is to rescue the informer I met a couple of times earlier in the game. He has been found out and is held awaiting execution while he finishes off some project he was working on. 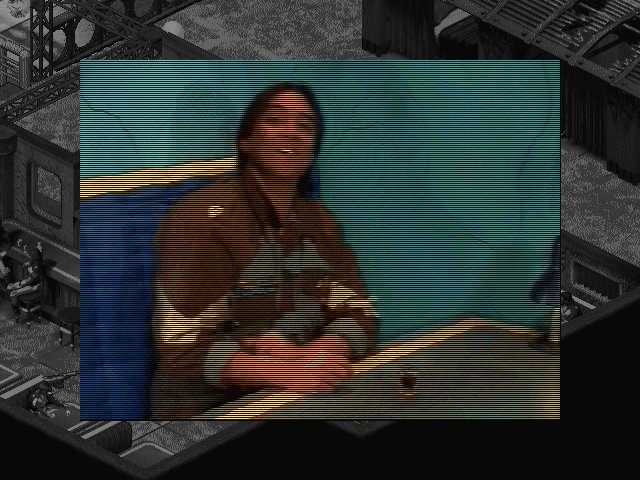 I’m a lot more popular in the bar now that we’ve blown this place up. The news claims that the mushroom cloud was merely remnants of a firework display to celebrate victories over the rebels. 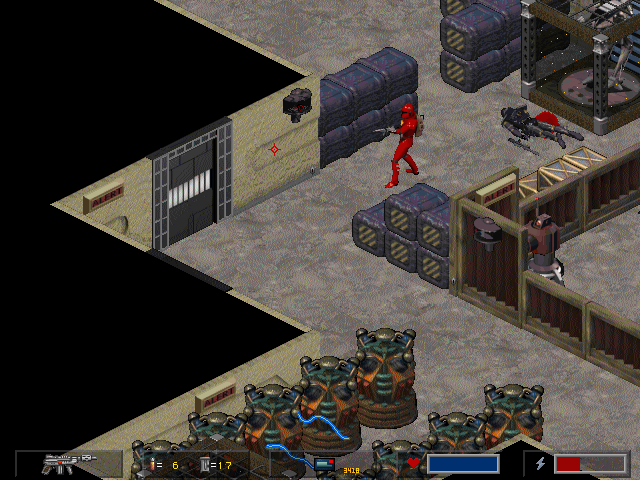 After breezing through the previous few missions things get a lot tougher on Mission 8. There are security cameras and laser beams all over. I never worried about setting these off too much before but this time they usually release a security bot armed with rockets. 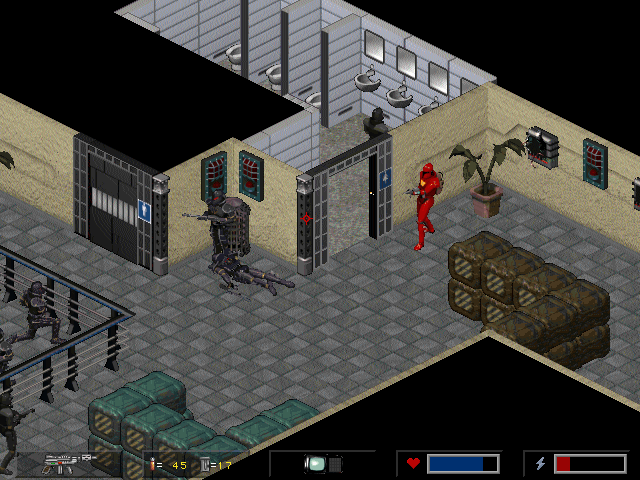 There are a lot of these black armored soldiers, quite a few of who have rocket launchers. Getting past these takes a bit of trial and error to figure out the safest places to attack. 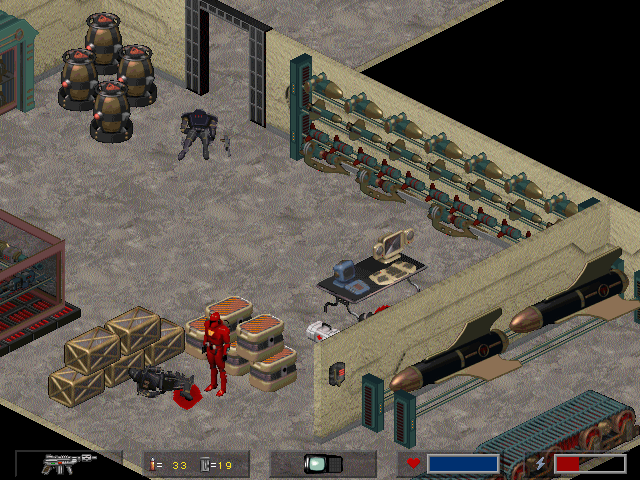 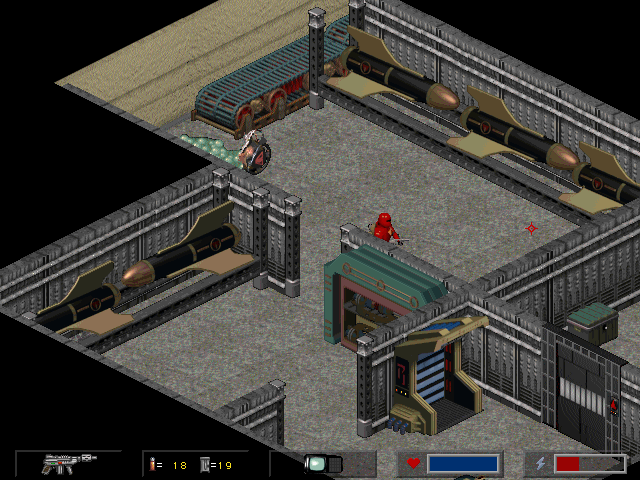 The scenery is much the same – I do discover a secretish area full of missiles. 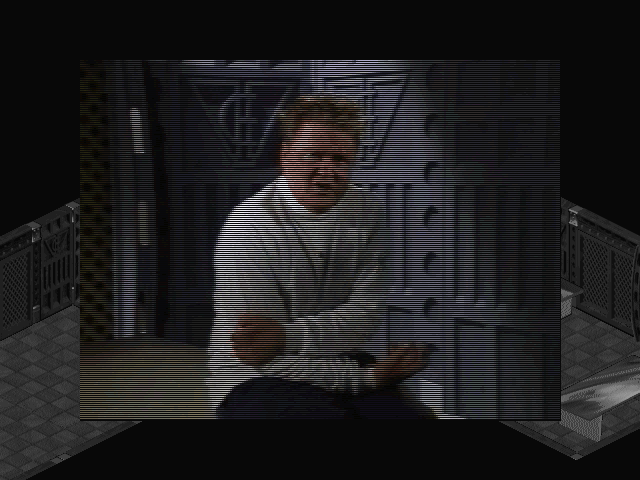 Right at the end I find the scientist I’ve been looking for. There is a teleport right in his cell which looks convenient. 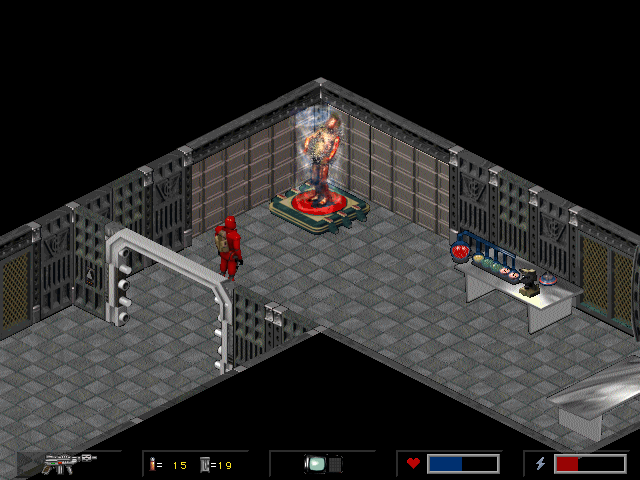 The teleporter has been compromised though and the scientist gets turned into mush. I have to backtrack to another teleporter to escape. 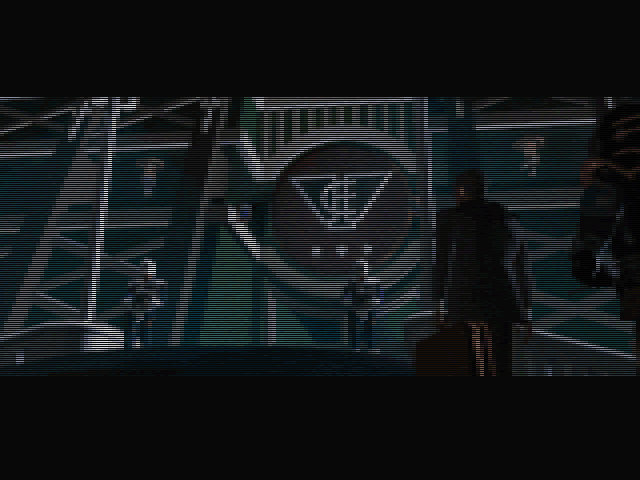 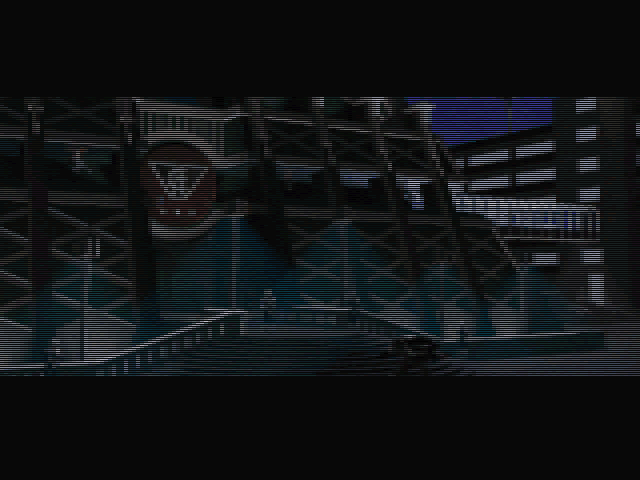 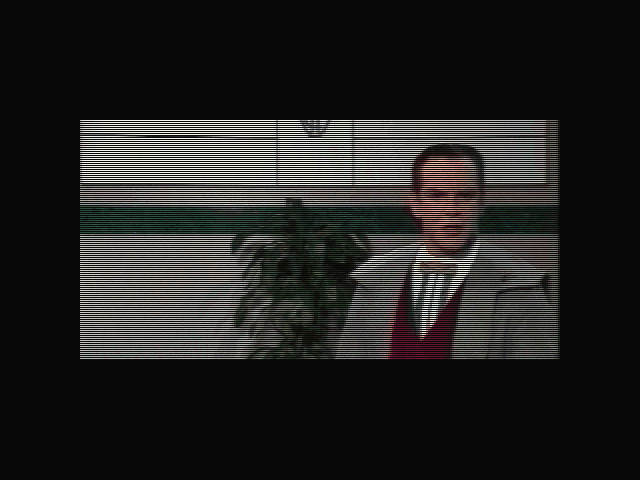 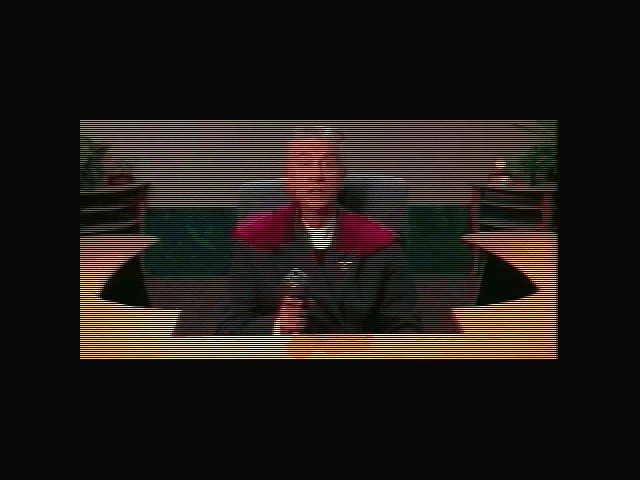 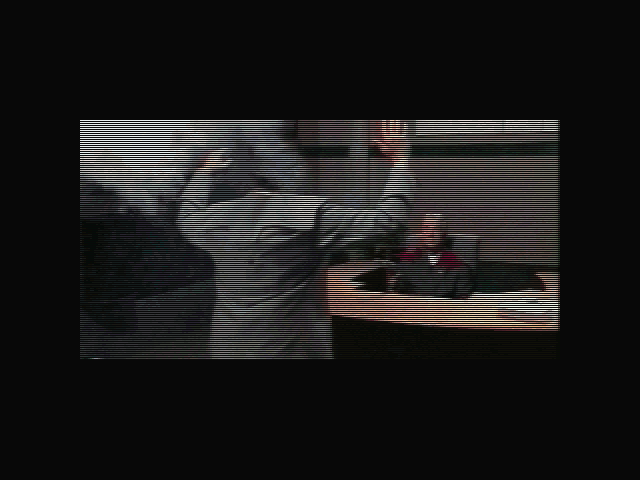 There is a cutscene showing the escaped/released senator meeting up with the president. The president has had enough of his failures and offers him “early retirement”. 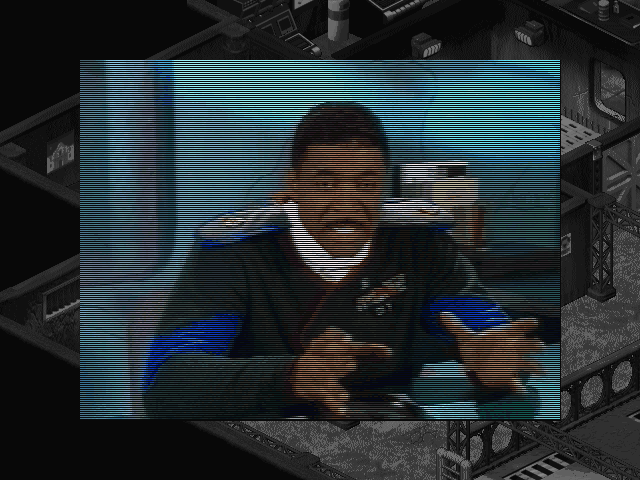 My next mission is an espionage one where I have to spy on a meeting of the presidents. I’m guessing this means I won’t be allowed to set off any alarms. 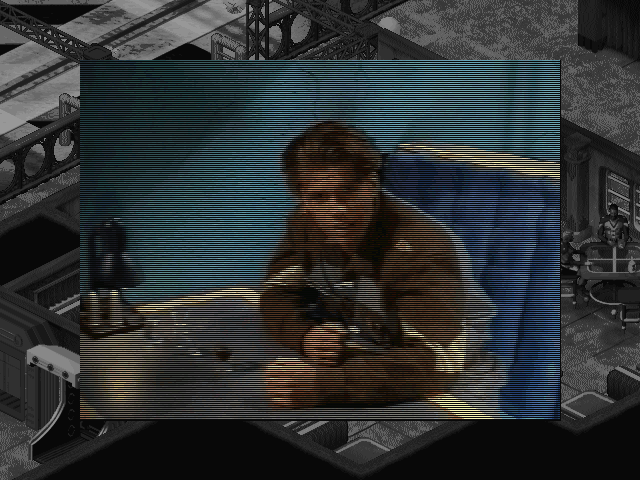 There are rumours in the bar about what happened with the teleporter and my popularity is back where it was again with Brooks. Reaves swears it was nothing he did.

I’m just over halfway through this game now. I still haven’t got bored with it although I wouldn’t say I’m exactly clamouring for more either. Just enough new is being gradually introduced to maintain my interest and the levels do all have a different feel to them.  The acting has gotten better and the cutscenes are definitely adding to things. I don’t reckon I will ever look at this as the classic that it is for some people but I can see where they are coming from. I’d just prefer something a little more cerebral myself but things are getting more challenging so I’m hopeful that the gameplay will continue to pick up in the next few missions.