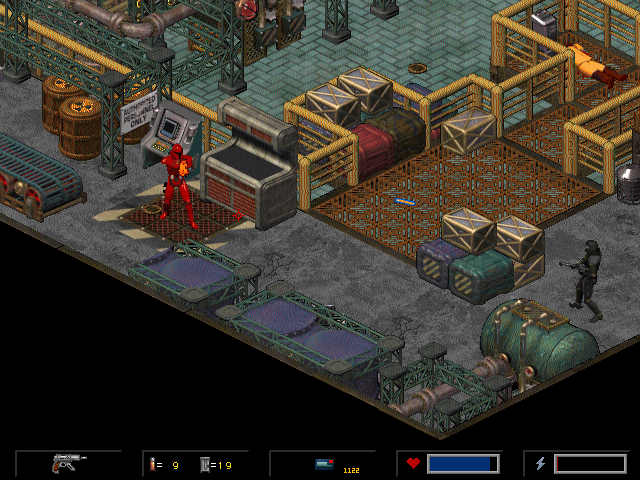 Mission 5 plays much the same as ever. There are some new enemies – some sort of black troopers. They aren’t any tougher than any others I’ve faced and they have the habit of dropping energy cubes to recharge my shield so this level is easier than any I’ve faced before. I usually walk around with the maximum of 10 energy cubes and medkits and just use them when I find them to make space for the new one. 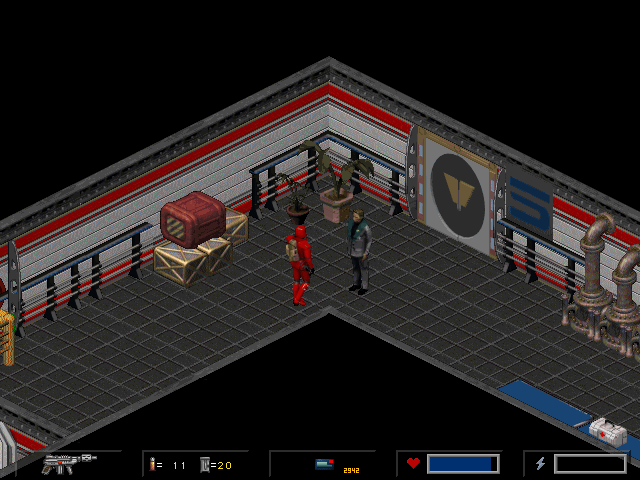 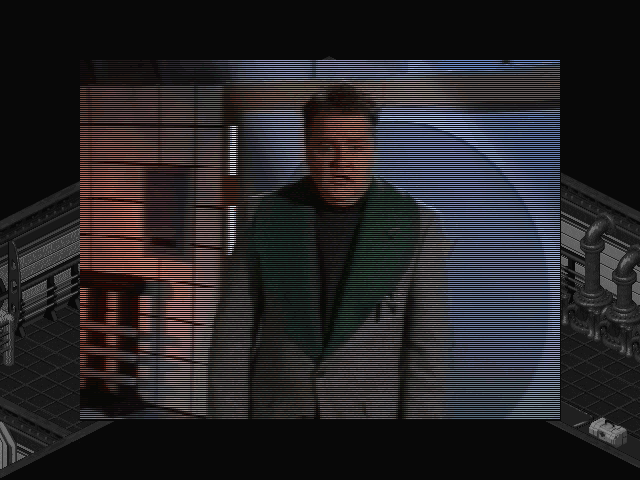 I go up and down lifts quite a bit on this mission and get to yet another lift where everything stops until the informant I met earlier comes out with another keycard for me. 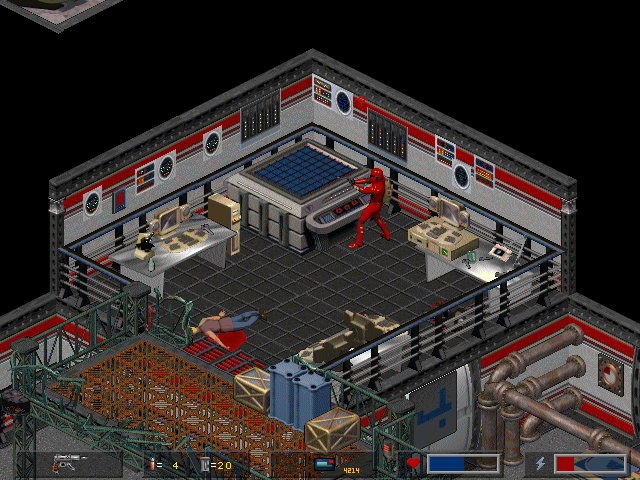 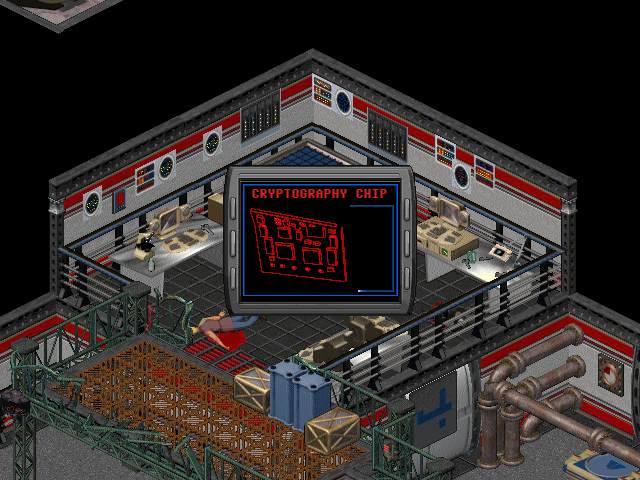 I have to use a big holographic table in one of the labs to get the chip specs. Reeves downloads these with the colonel watching his every move over his shoulder. 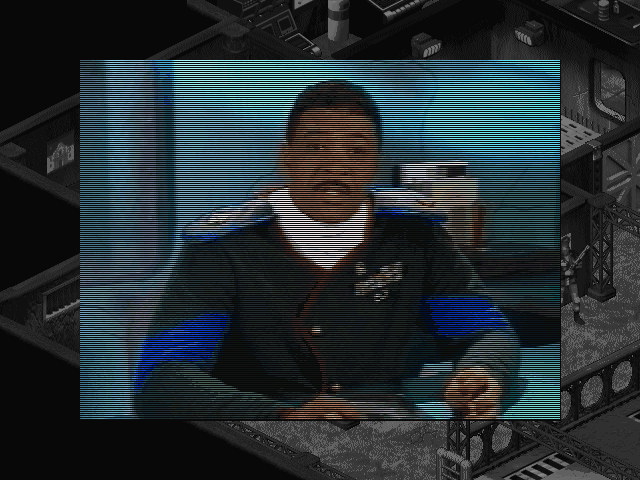 I get back to base  via a teleporter in the corridor outside – my next mission is to kidnap Senator Snell himself. The WEC is stockpiling nerve toxin and the senator is rumored to have details of this. 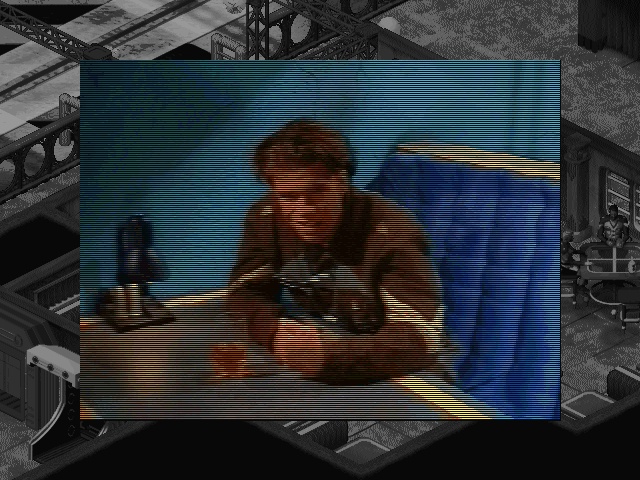 Reeves is in the bar and is a bit suspicious about why he was being watched so closely during the data transfer. There is a traitor around somewhere but no real clues as to who it is yet.

This mission only took 30 mins but I’m short on time today. With the better weaponry the game seems to be getting easier. I’ll have more time tommorow and should get a few missions done then if I keep going at this rate.