Mission 4 involves taking down a WEC relay/communications station to help the resistance transport food to the needy. 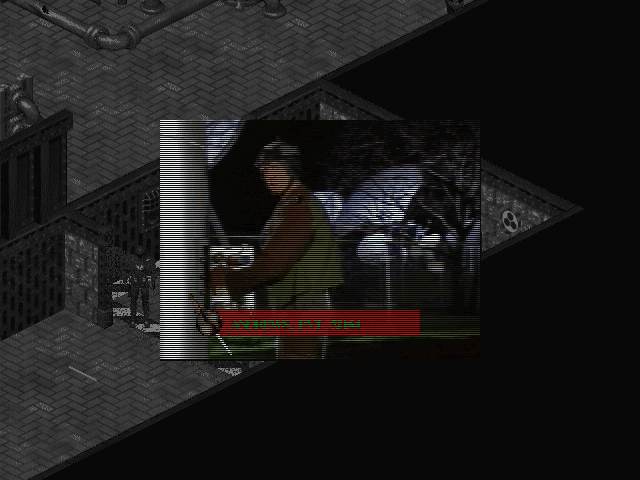 I wander about lost for some time. There is a room here with a force shield which I can’t get through. What I don’t realise for ages is that I’m supposed to walk up to it to trigger a cutscene – I’d just assumed I needed to find a switch somewhere. 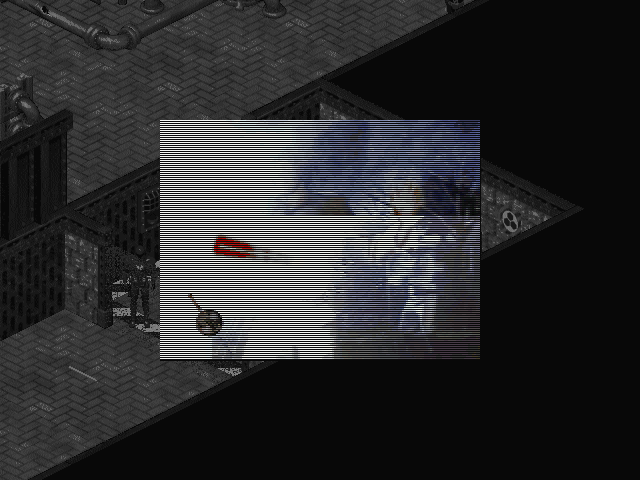 The cutscene shows Andrews dropping the shield for me but we’ve been set up and he gets shot and dies less than convincingly. 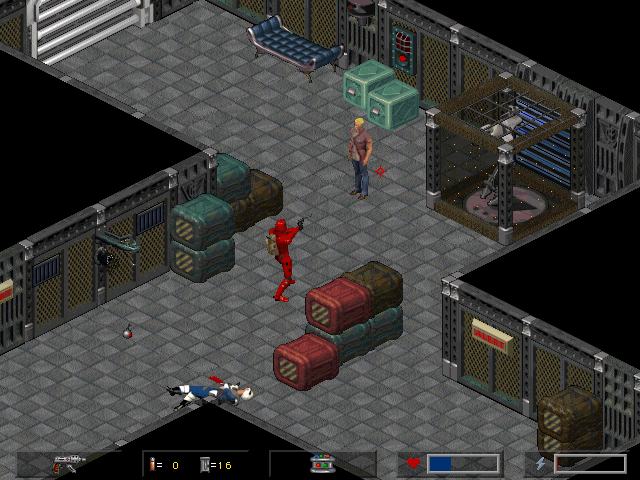 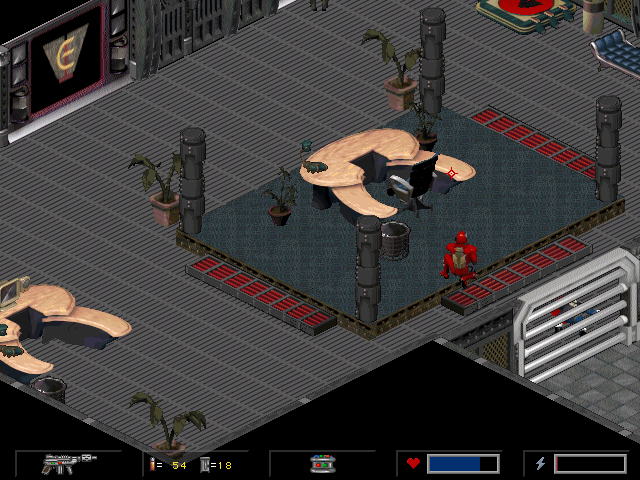 There hasn’t been a whole lot new in this level – it would be unfair to say everything looks exactly the same but it does all feel much the same to play through. I do find an executive area of the building with fancy tables + some guys in suits. 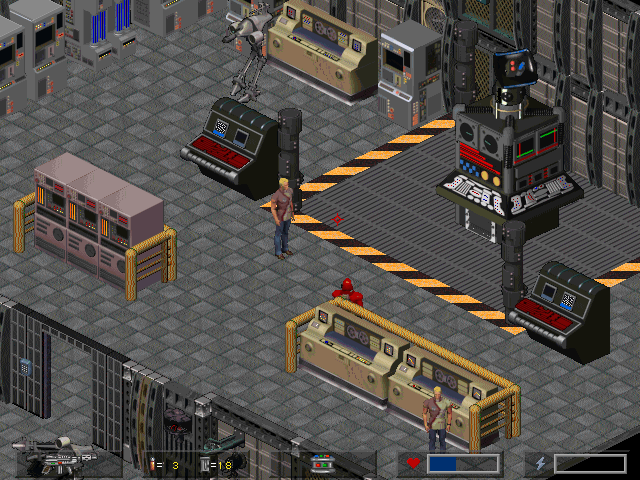 It’s actually possible to fail the level by getting to the exit teleport without blowing up my target. This is quite easy to do since I have no idea which direction to go at any time but I find what I’m looking for in the end. 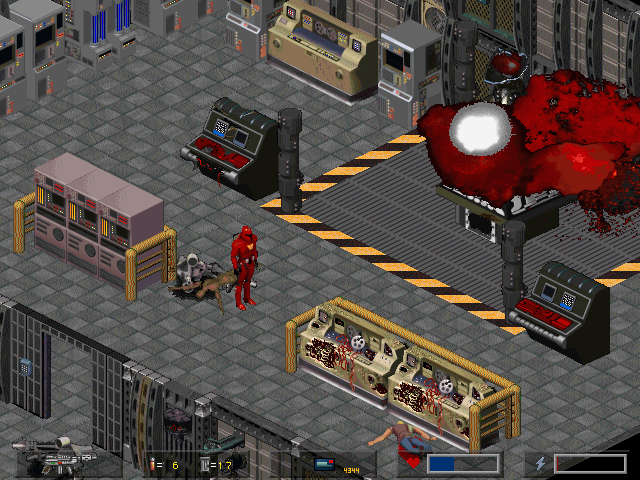 One blastpack later and most of the equipment in the room blows up. 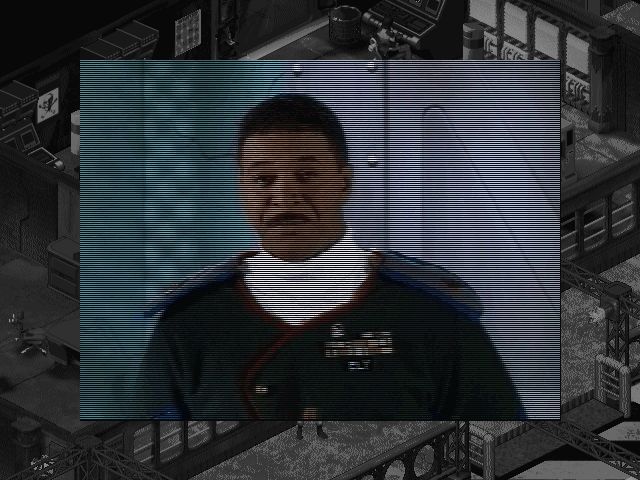 The captain congratulates me and lets me know that Andrews dieing wasn’t my fault but that not everyone else will believe me. He’s right enough and I get the usual abuse at the bar. There aren’t as many people to talk to as usual though – probably due to alternate cutscenes for the failure path. 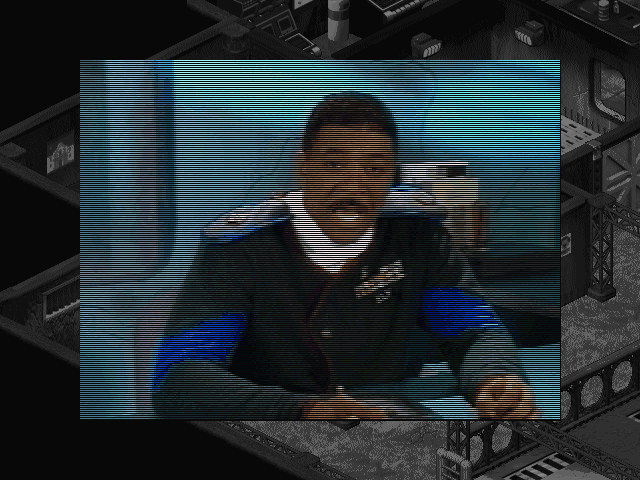 I get my next mission briefing which is a secret operation to get the plans to a new WEC chip called Cipher.  This chip is being used to create unbreakable code which is why we need it.

I’m warming to this game a bit more now and despite my misgivings at first, there seems to be enough to it to keep things interesting. I’m getting an increasing set of options regarding weapons, shields and the like I can buy from Weasel and the last mission had loads of little secret areas to discover. There are plenty of different ways to handle each situation which helps to keep it fresh. This still isn’t the sort of game I could sit down and play for hours and get truly immersed in but as a quick bit of mindless entertainment it fits the bill well enough.  Its definitely not skimping on quantity – I’ve spent longer on this than I did on Bioforge and I’m only 1/4 of the way through now. I can see me taking all week to finish this one up.