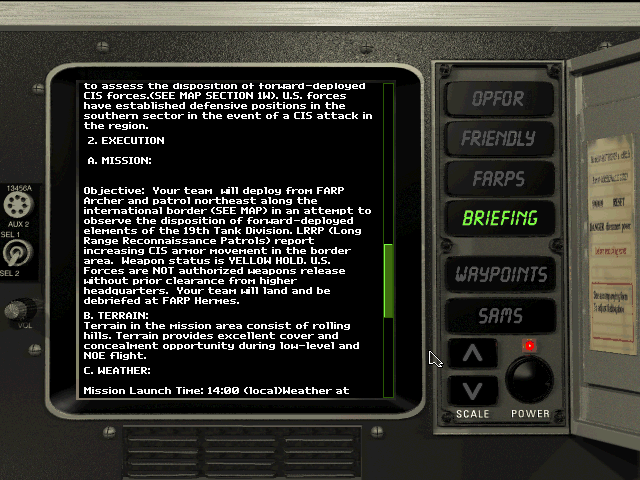 At the end of my last post, I said I was going to have a look at the individual missions in Longbow next but frankly I didn’t like the look of them so I decided to go back to the campaign instead. This appears to be the place to start as the first mission just involves a fly-through of some nav-points and I’m not authorised to fire. 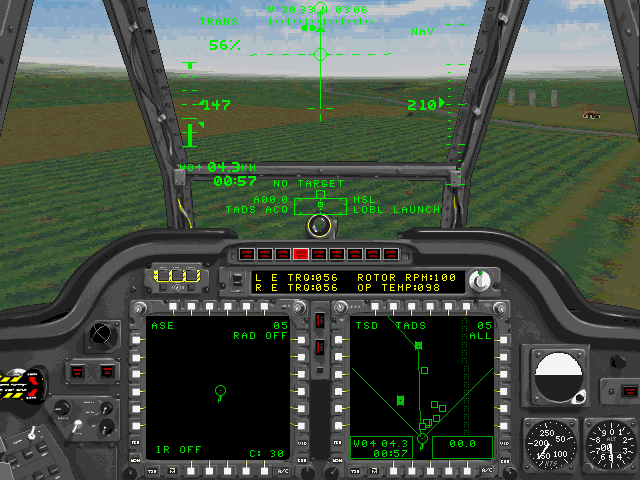 The scenery is a bit different here and kind of pastoral with farm fields and the like. It looks a bit less realistic than I expect from this sort of game – I guess I’m used to seeing the images from satellite photo’s used in modern versions of Microsoft Flight Simulator. This looks more like an oil painting of a landscape but it’s still impressive stuff for an unaccelerated game. 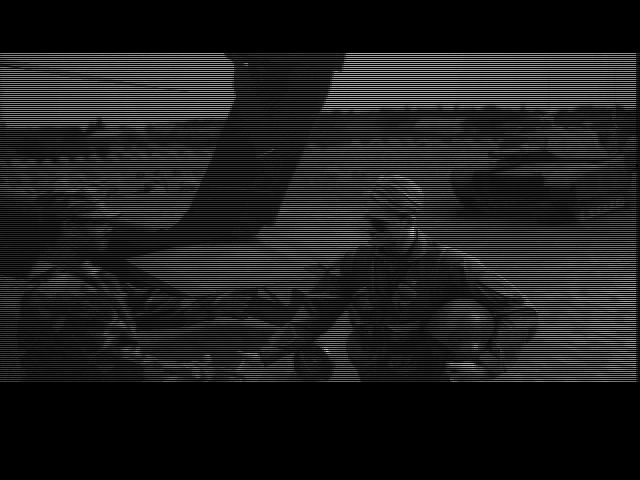 There is a really cheesy cutscene when I land showing me shaking hands with my CO after a successful mission. Quite a few of the cutscenes have real people superimposed on the CGI background and its amazing how bad the acting is when these guys don’t actually have to say anything. Even the bloke waving in a plane on the newsreel at the start was just completely over the top. It’s so bad that its hard not to believe that it’s deliberate but it does feel out of keeping with the ultra-seriousness of the rest of the game. 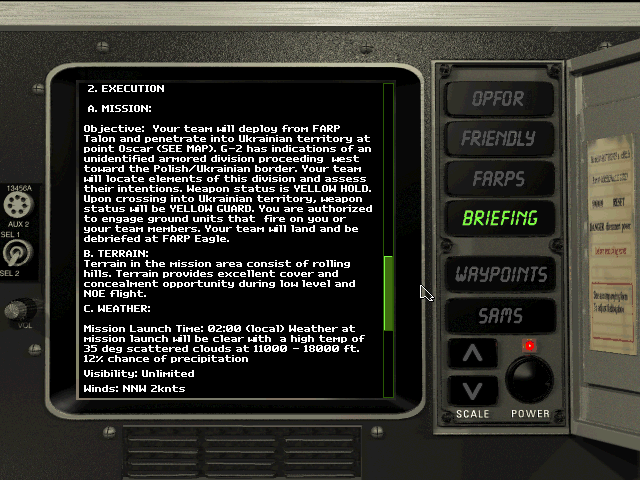 Mission 2 involves a quick probe into enemy territory to check out a convoy. I’m authorised to fire this time if they fire on me first. 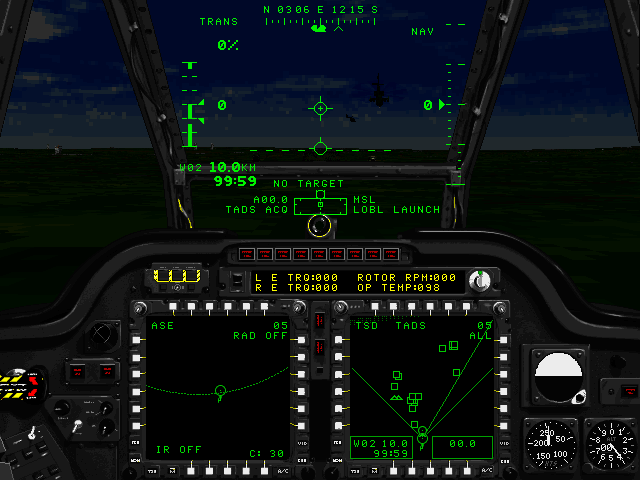 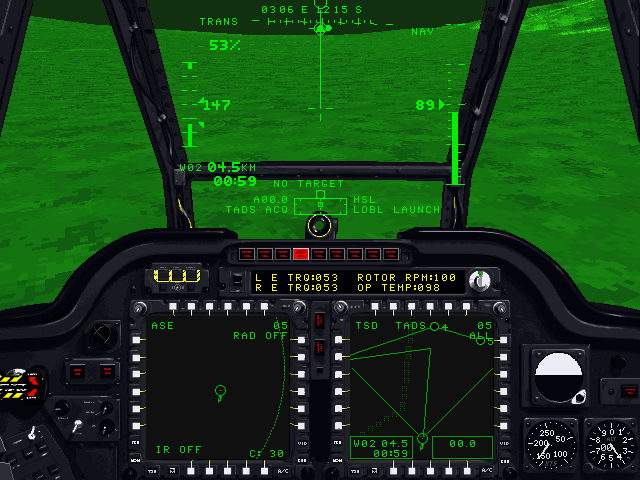 It’s a night mission, so its on with the infra-red. The first time I attempt this I just follow my nav points, fly through and land at the end. Nothing launches at me so I consider the mission done. 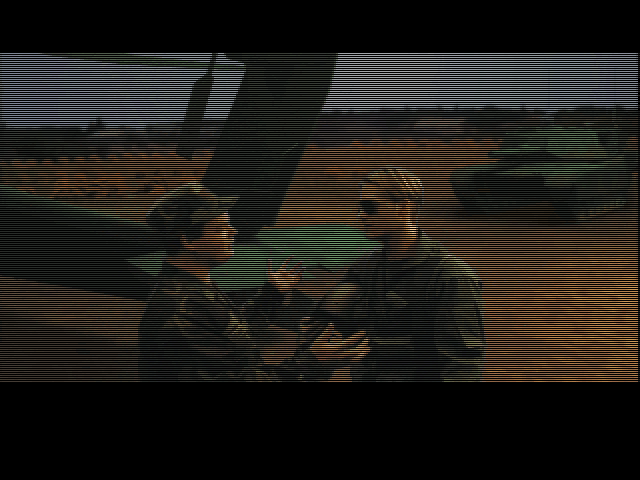 I get a lot of gesticulating when I land so I guess this wasn’t good enough. I try again, I actually have to fly off my route to investigate a certain area. On the way back a couple of targets fire at me. I attempt to shoot them back but end up going after the wrong target at which point every enemy on the map takes offense and I’m shot down.

I’ll try this again tonight. I’m sure these missions are dead easy but I still don’t know what I’m doing. I am learning though so I’ll get the hang of it sooner or later. I have a feeling this game is going to take me a long time, but that if I ever get any good at it, I might really enjoy it.