200 days of blogging Origin games! I’ve completed 60 games in the last 10 months so I’m averaging 5 days a game (including days off), which believe me is going for it. It feels like a long, long time back when I was starting Akalabeth and I am going to have a lot more spare time when I get this lot finished. Very nearly there now, I’ll definitely get them all done in under a year. 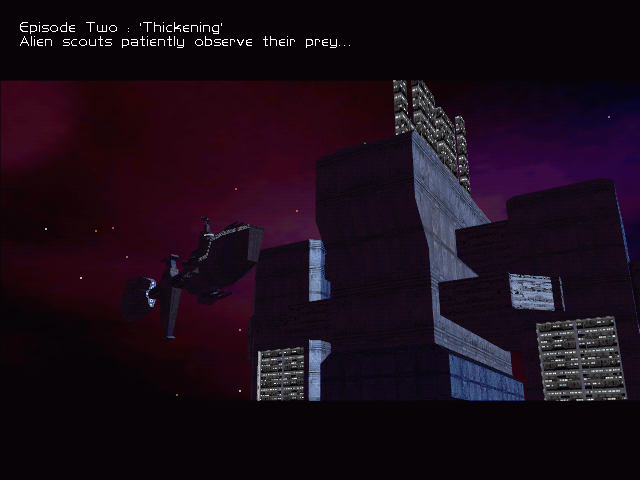 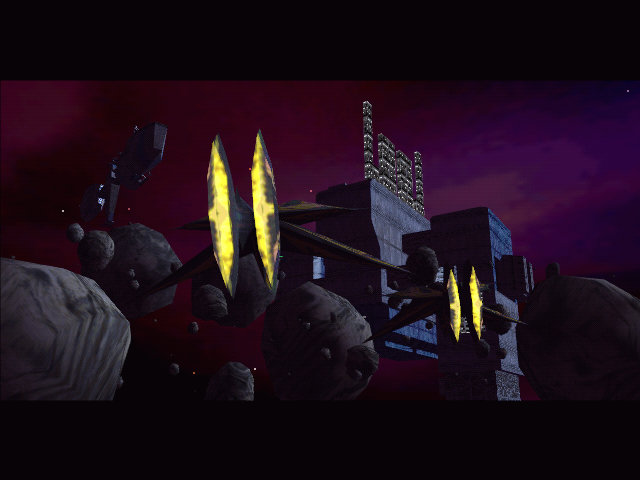 I’m going to be in Ella for this set of missions. I remember this system from WC4 where we had to pass through it to catch up with the Vesuvius. The Ella starbase is still there and looks to be under observation from aliens. 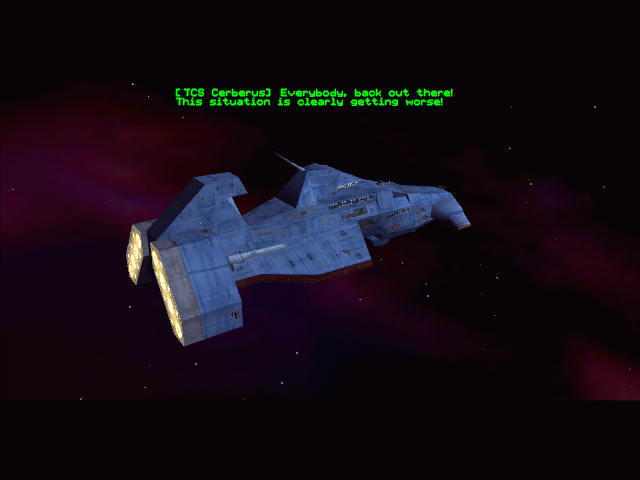 I don’t actually have to enter my code from the last mission. I just get sent straight out into Episode 2. I think the code could be used on the website as well and changed the emails you got. 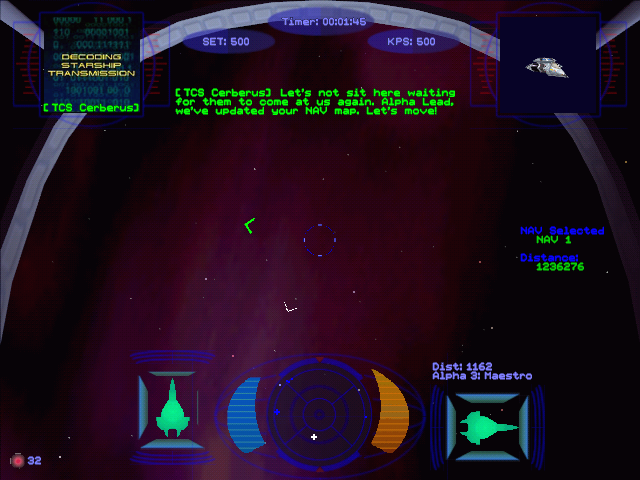 We clear some aliens from around the Cerberus, then get proactive and go looking for more. 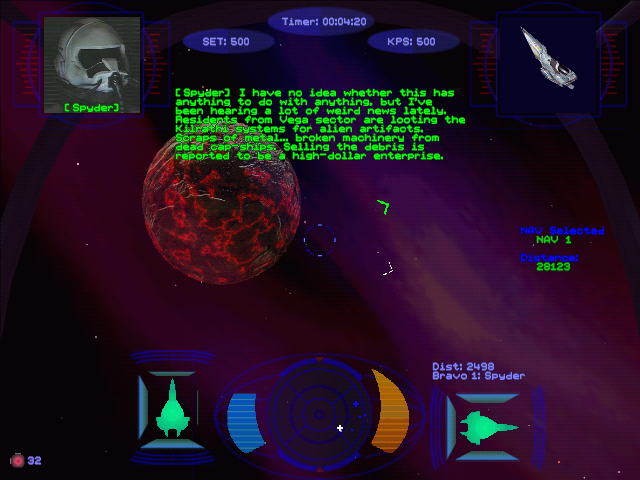 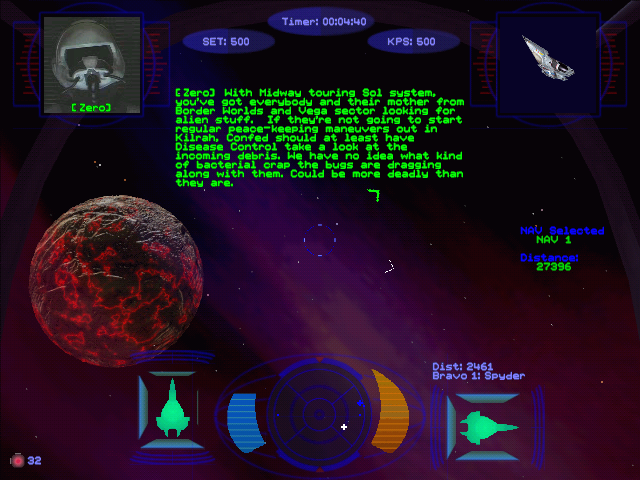 All the pilots have a bit of a chat about the looting that seems to be going on of alien artifacts. There was mention of this in the emails that went with this mission. 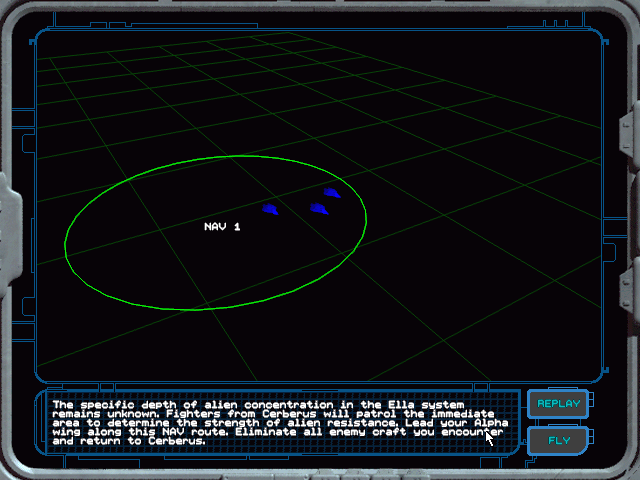 Its another patrol next. 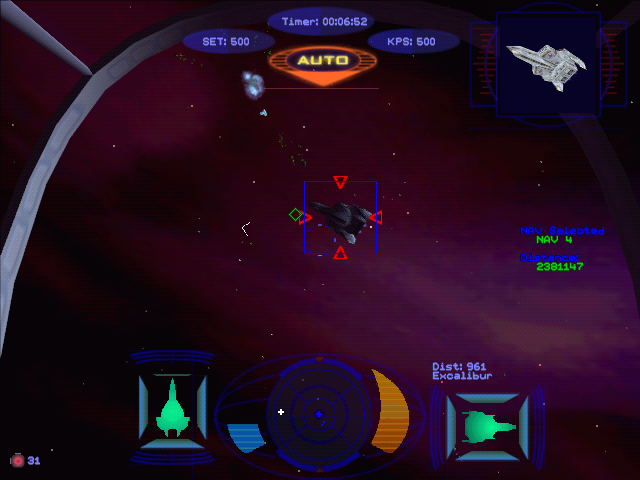 We run into some Excalibur’s from Ella on this mission and get to fly with them for a while.

Next mission we get to go up against some capships for the first time. 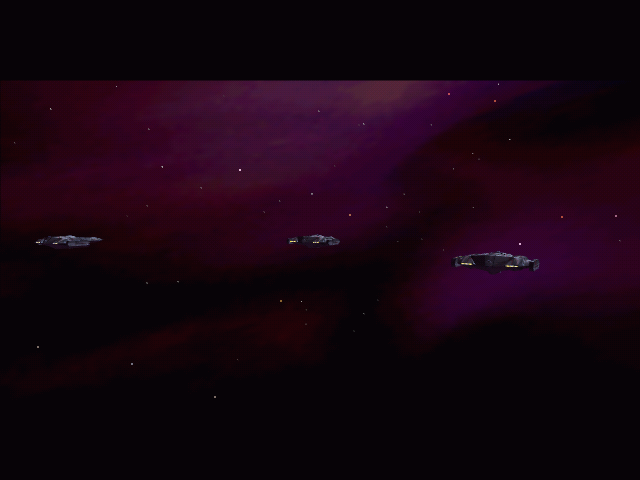 I’m flying what seems to be a new type of bomber. I don’t recognise it anyway but I would guess it was used in some of the earlier WCP missions. Its hard to tell when all the weapons for all the ships have been changed. It’s quite a nice ship but less of an out and out bomber than the Devastator. There is no plasma gun so I have to use torpedoes on any capships. 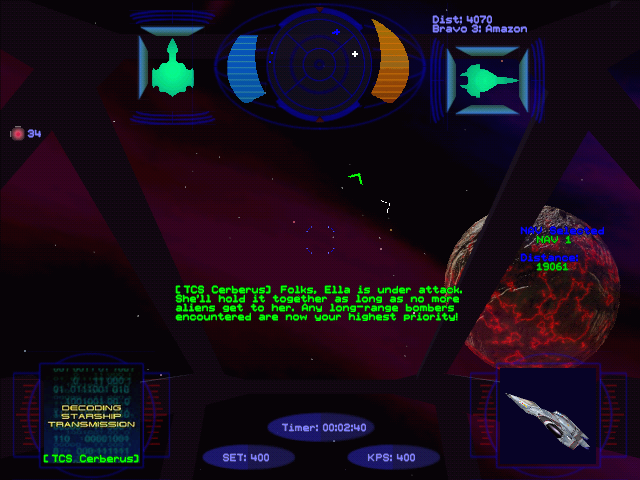 After clearing a load of fighters from the first nav point, we get told to take out any bombers as a priority. There are 3 of them trying to escape at the next nav point. First time round, I let one get away and fail the mission. 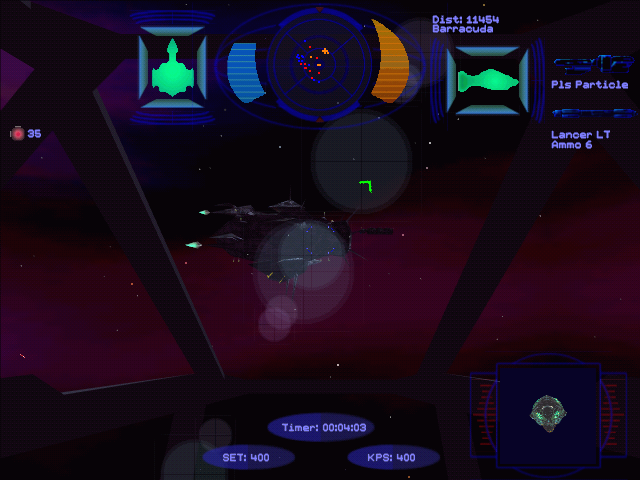 I retry the mission and make sure to get the bombers this time. I’m then faced with a destroyer + 2 transports at Nav 3 but I’ve got stacks of torpedoes so they are no trouble. 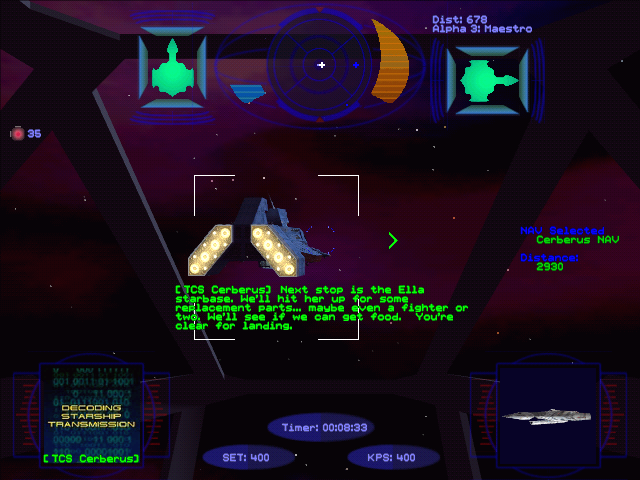 I get back and we are off to the starbase next to resupply. 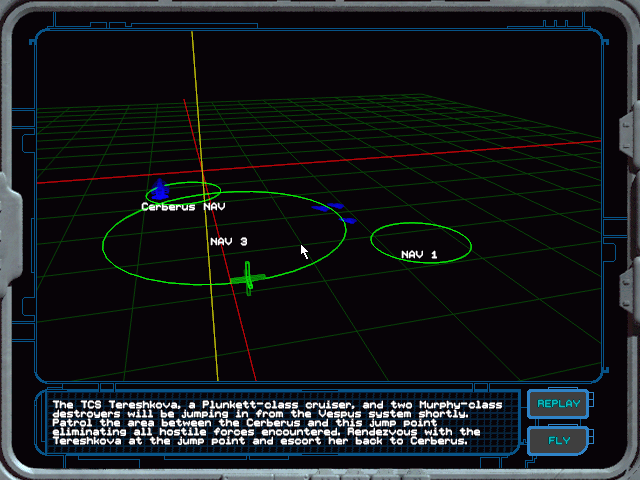 Next I have to escort some capships. 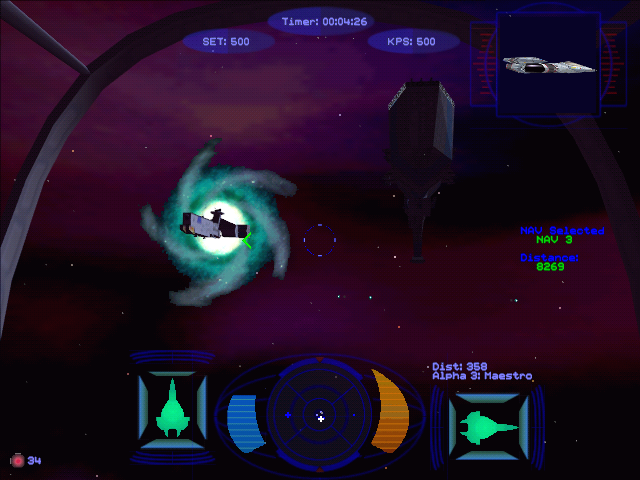 I have to clear out yet more bugs on the way in. The nav point where I’m to rendezvous with the capships is empty but they jump in after a few seconds and I have to defend the capships from bombers. 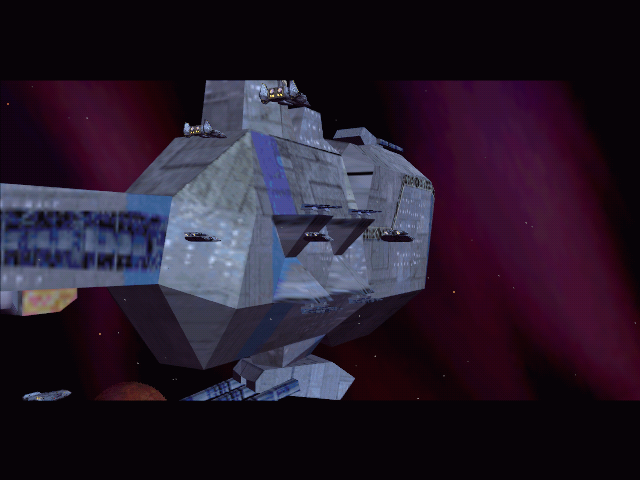 These capships are certainly a big target but we don’t run into any more trouble. 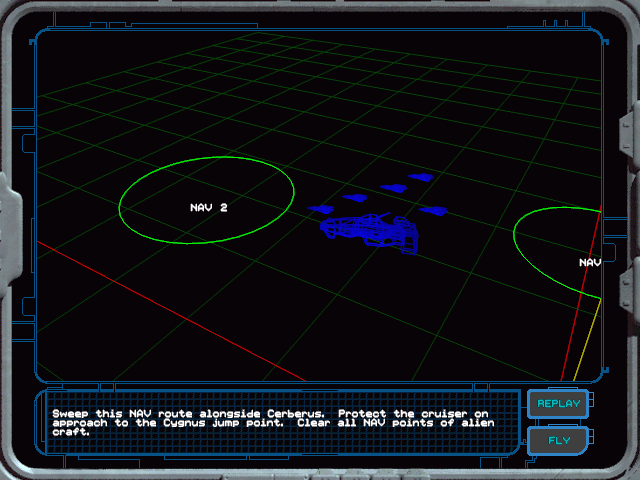 Next its another patrol as we start to head out of system. 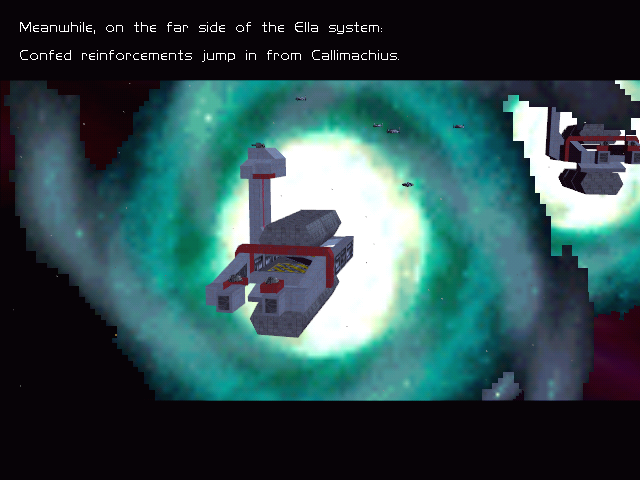 Confed reinforcements for Ella are shown arriving after the mission. 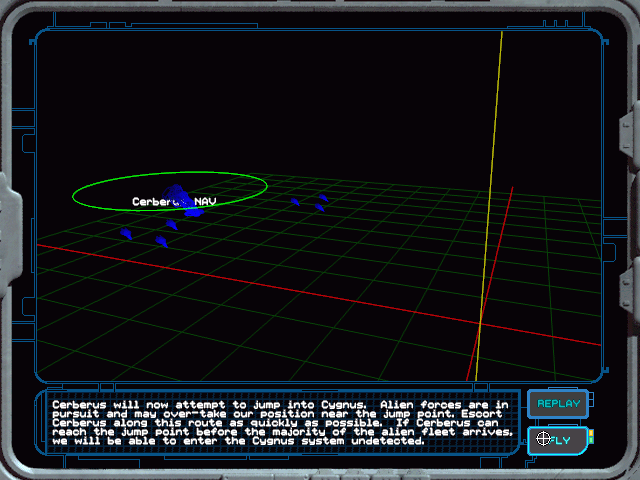 Finally for this episode, we are going to try to make it out of system to Cygnus. 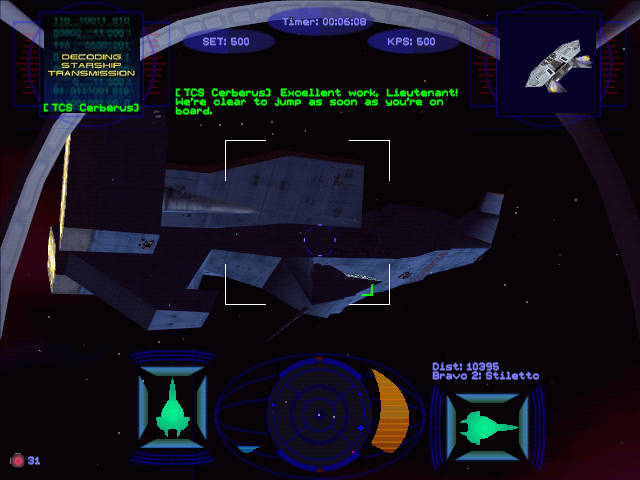 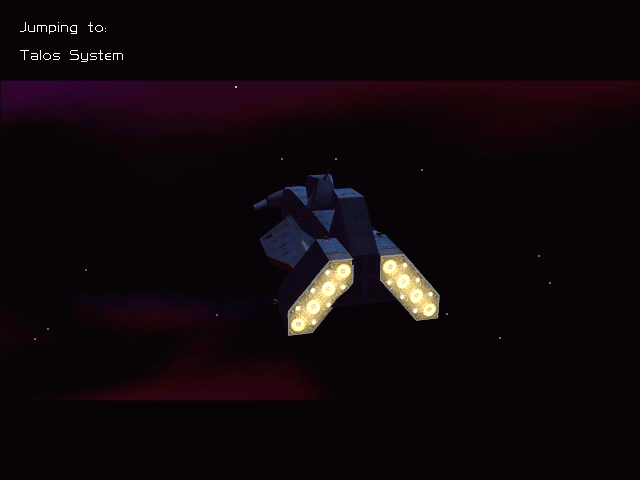 The mission is routine enough but the aliens block off the jump point and we have to jump to Talos instead. 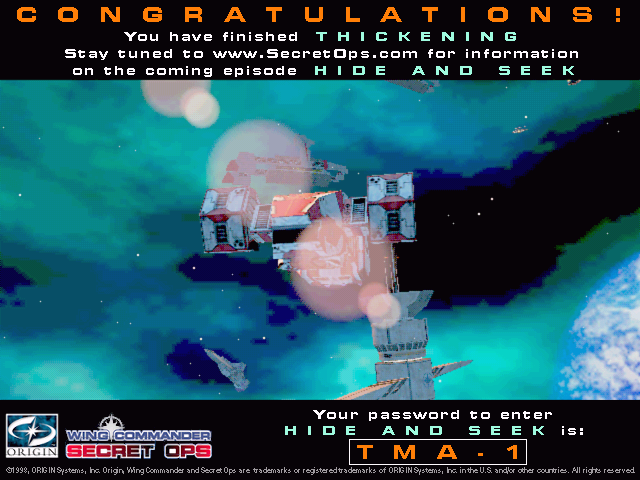 That finishes the episode and gets me a new password.

A couple of todays missions were a bit more interesting but for the most part it was very routine again. Secret Ops has been a lot more repetitive than WCP but I was expecting that from the start. I’ve been reading ahead for the next episode and there isn’t much of a clue of whats to come next. There is more talk about people looting alien remains, a memorial service for Blair and apparently our Captains old callsign was Clippy. The looting keeps being mentioned and looks to be significant but I don’t know how. As far as I can tell, we are purely in Talos as a roundabout route to Cygnus, having been cut off from the direct route, so I don’t expect to learn too much in the next episode either.