I didn’t have long to play this yesterday but I got as far as finishing the WC1 missions. 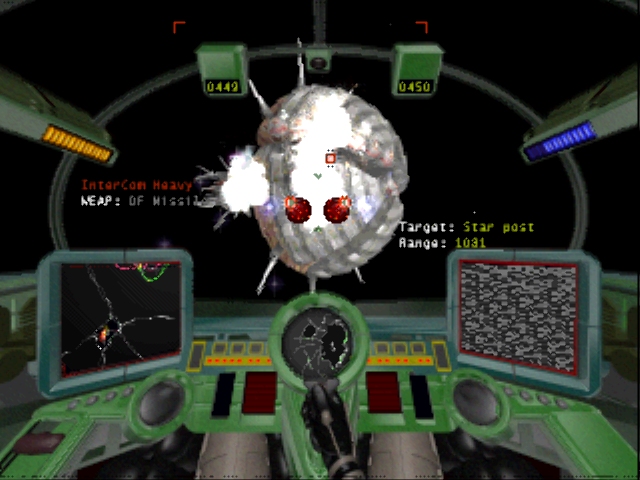 The final mission involves blowing up a Kilrathi superbase. The base is vaguely recognisable in the final mission but only in that it is roughly the same shape as the one I’m more familiar with. I wouldn’t say I’m finding the game easy (as can be evidenced by the state of my ship) but I’m making it through these missions without too much trouble and managing most of them like this on my first attempt. If I could use my joystick, I’d be breezing through them. 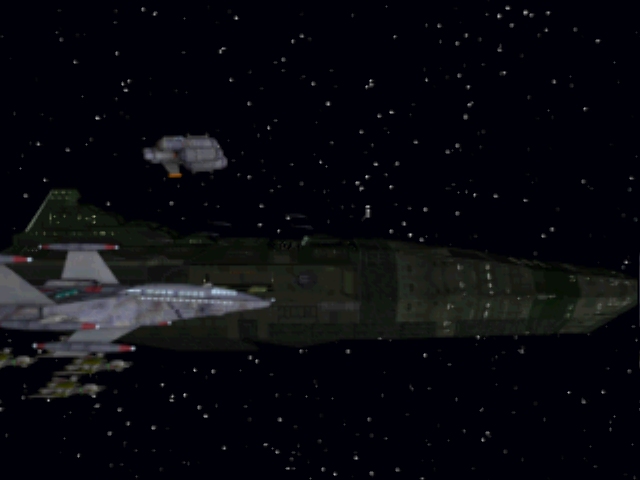 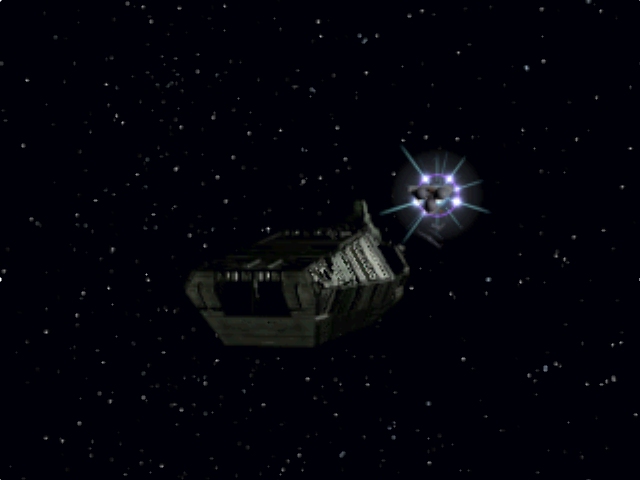 There were no more cutscenes during the rest of the game and only a brief going into hyperspace scene after this last mission. If I didn’t know it already, it wouldn’t be all that obvious that the mission I’d just played was different to any other. I’m missing the guys pushing up the giant flag we got at the end of WC1. Instead SWC continues straight into SM1 which I’ll attempt to play today. That means the infamous Gwynhaver mission, but I’ve thanfully got savestates to help me out.

I’ve read up a little on Super Wing Commander now. Apparently the team was not given access to any of the original artwork. However some of the models were later reused in other Wing Commander games which would explain why some of them look so familiar. What’s slightly strange is that some of the Kilrathi ships look far more like Terran ones and I’m sure that they were used for Terran ships in those later games. I would love to have seen the original models used, only in higher quality.

I’ve also learned that there is a new campaign after I finish the SM1 missions, set between SM1 and SM2. SM2 isn’t included but I’m fine with this as I’d much rather play something new. When I get that far I’ll start blogging the game in more detail. I’m glad to learn that there is something new, as it will make playing this a lot more worthwhile. So far I’d describe it as different but lacking a little of the excitement of the original. The pace of the FMV and speech is slowing the game down and the commander sounds positively bored and/or depressed as he drones on in his mission briefings. The FMV is far too slow and things like the launch sequence take forever. The one in WC1 was quite quick and built to a crescendo as you launched. The FMV here fails to build that sort of excitement and I’m finding that I preferred the layers of 2D artwork sliding around over each other.

I can see why this never got a PC release as you would have a hard time justifiying buying this at full price if you already owned Wing Commander. The new look is as likely to alienate existing fans as to draw new ones to the series. Having said that, it would have been a more worthwhile release than Wing Commander Academy. SWC only makes sense to me as a port to a couple of new systems which targetted people who had never had the chance to play the PC games. I’m sure the new missions were put in there to give WC veterans an excuse to buy the game however, and I’m looking forward to playing them.