Omega is a very different game to anything else Origin has ever produced. In this game you must design the ultimate tank choosing the components and programming the A.I. Your tank then goes up against a predesigned tank and if you win 7 out of 10 you get promoted and get more money to improve your tank. The manual for this game is huge – 300 pages+ I would guess but the page numbering makes no sense.

You can’t play the game without reading most of it either. That would alienate most people straight off I would have thought but pc gaming was very different back in the 80’s. It really shows how much the industry has changed that a major publisher would release a game like this. 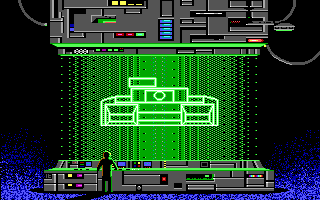 On starting the game you get a nicely animated introduction and some unncessary eye scanning effects. These are better than anything I’ve seen in an Origin game to date – with a game like this they probably felt the need to put the effort in since you would be staring at code for most of it. 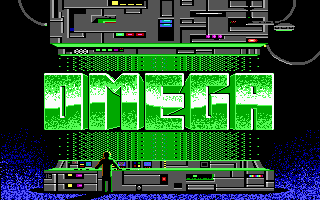 The game uses a mouse driven interface, which works well. You can choose from a huge variety of tanks and components although most are too expensive at this stage. To start with I just use a sample A.I. from the manual. 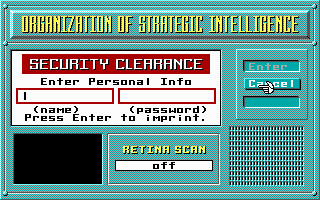 To advance in the game you have to run clearance tests against a pre-designed tank. If you win 7 out of 10 you get a promotion and more money for your tank. The A.I. from the manual is good enough to beat the first tank. Things get trickier after that. 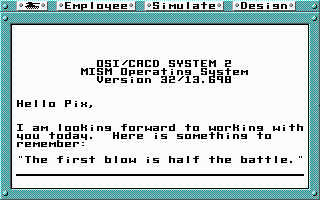 Most of the tank fights seem to end up in slugging matches with both standing still and shooting each other. My first minor A.I. change is to fire in the same place 6 times without bothering to scan for the enemy tanks position. This gives me a clear speed advantage and gets me through the next couple of levels. 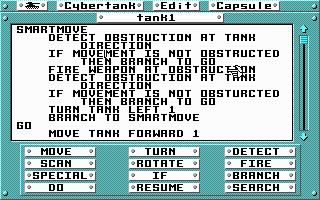 At this point my speed advantage vanishes as the other tank has an upgrade which enables it to lock its scanner onto me and fire without scanning again. To counteract this I have to purchase a jammer which removes this lock and then add the appropriate code into the A.I. Again this gets me through a few more levels. 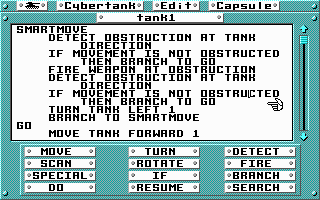 My next major problem is a tank which backs away to repair, then waits for me to come onto it and shoots me as soon as I’m in range. This one is seriously annoying. My strategy here is to not move if the enemy is within a range of 10 so that he always comes onto me instead. This is a slow process, so I just leave it running but when I get back to my PC I’ve won 9 out of 10. 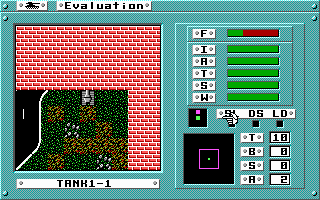 The next battle is up against an Ogre tank (a clear reference to the game). I’m struggling to find it with my A.I. and tend to end up following the edges of the screen around. When I do find it, I usually win so if I improve my path finding to go to the middle of the map, I think I can beat it but this will have to wait till tommorow. 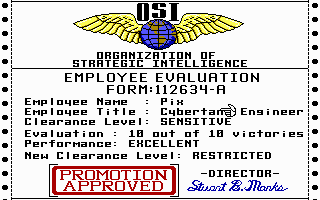 All the programming is a bit too much like the day job for my liking but this is a pretty impressive game and really would teach the fundamentals to someone who has never programmed before. You can battle friends tanks or there was BBS support as well. You can even design teams of tanks that can talk to each other. The options really are endless if you wanted to carry on with this game. From my point of view, I’m just trying to get to the top level of promotion and move onto the next game. I’ve no idea what the top level is but I expect that the ogre I’m fighting is the toughest opponent and I’ll win the game if I beat it.