I’ve not really started the game yet but I’ve read the manuals and watched the intros which must warrant a post. I’m fortunate enough to own the anniversary edition of this game which has a cassette tape with a monologue from LB on the history of the series. I ogg’ed this cassette years back and have uploaded it on to here for anyone interested:-

The documentation doesn’t give a lot of detail of the story to come.  It mentions that gargoyles have started venturing up from the dungeons raiding, taking over the shrines and are rumored to want to kill the avatar and something must be done to stop them. 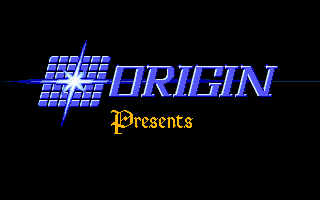 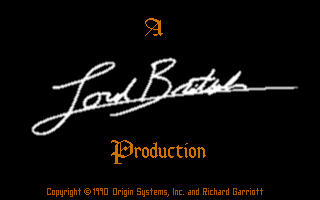 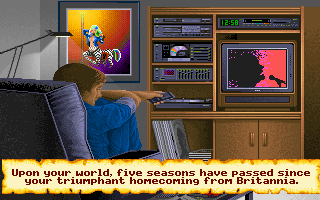 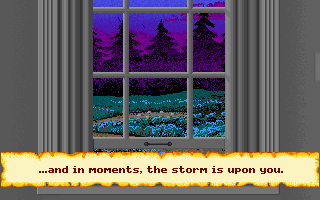 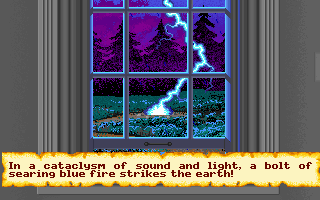 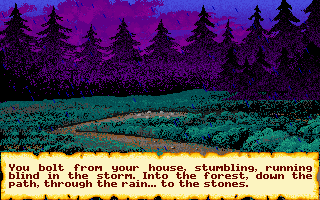 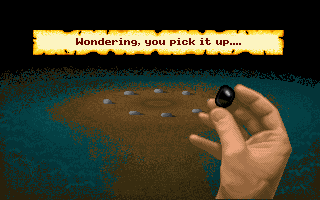 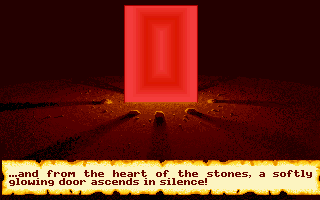 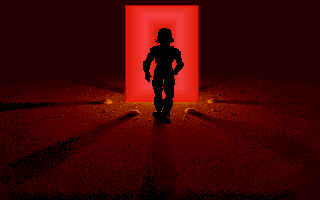 This was the first Ultima to be developed specifically for the PC. The difference is pretty apparant straight off with the intro sequence being fully animated (sort of) and backed up with a great MT-32 soundtrack. I say sort-of fully animated as the graphics used just slide around on the screen, but for the most part remain static. Its all still very effective. There are actually 2 intro sequences. The first comes before you start the game and shows you on earth being summoned back to Britannia and stepping through the moongate. 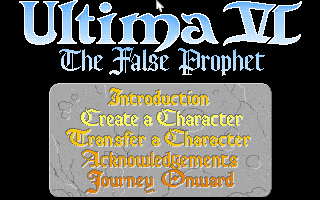 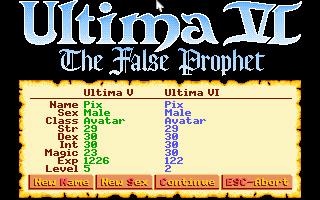 I import my character from Ultima 5 at this point. He’s pretty low level but the stats are all near enough maxed which should help out a bit. 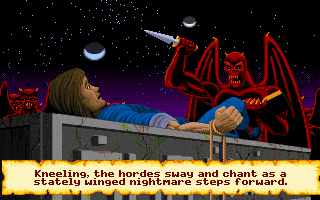 At this point the second intro starts up. As soon as I step through the moongate a load of gargoyles attempt to sacrifice me. 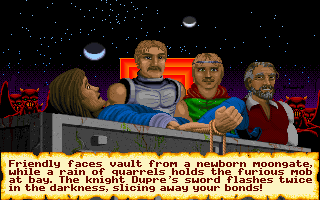 Fortunately my old companions turn up at the right moment through a moongate and we escape. 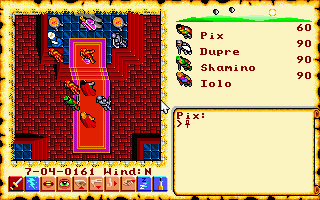 A few gargoyles follow through the moongate however so the game proper starts with a battle. 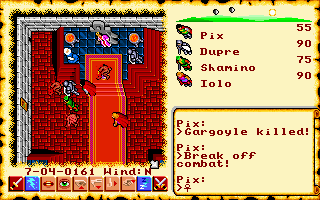 Thankfully the battle is very easy. I’m in Lord British’s throne room and the next thing to do is to talk to him but I ran out of time at this point.

The intro still looks great – playing these games on Dosbox with the HQ3x scaler they really look as good now as you remember them being at the time. I always found the Rule Britannia theme a bit annoying but its in full effect here played on a fairly realistic MT-32 style pipe organ. At least I will only hear it in one game location so I can live with it. This was the first Origin game to have a full game soundtrack (in DOS) although on other platforms they had them all the way back to Ultima 3 which was 7 years earlier.

I’ll leave any comments on the gameplay until I’ve actually got somewhere.