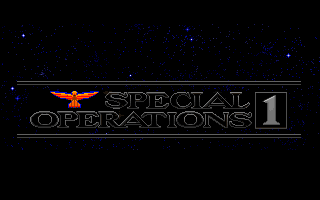 I’ve got a bit of time before work today as I’ve got a load of spare flexi so I decided to get a quick 1/2 hour in on Special Operations 1. This was the first of 2 mission packs for Wing Commander 2 and added a further 20 missions if I remember right. 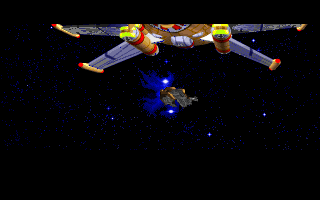 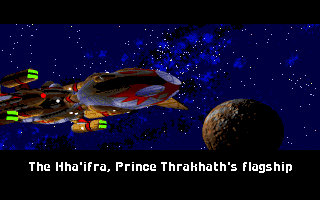 This time the mission packs get their own intros. We see the emporer being tractored in from the end of WC2 then get a brief cutscene (with full speech) showing the Kilrathi intending to attack Ghorar Khar (again). 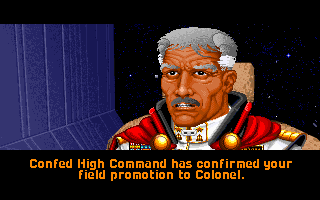 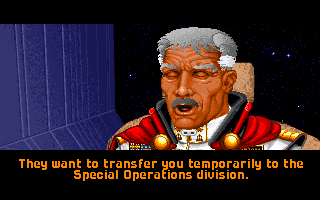 My promotion is confirmed and Tolwyn says I will be getting assigned to Special Ops. 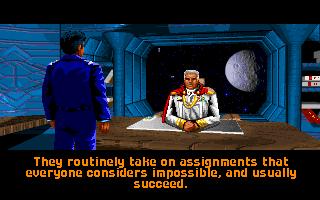 These are some sort of secret group that runs top secret impossible missions yet always suceed. Paladin isn’t actually retired at all, I find out but works for this group himself. 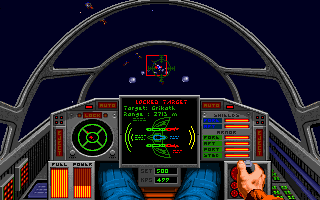 Before I get sent on the ops I first have a few missions still on the Concordia. I’m back in a Ferret again for the first few missions which comes as no surprise. Its slightly souped up with a couple of missiles and isn’t actually a bad ship at all. These first few missions aren’t too hard at all. They are based around Pembroke station between 2 sectors as we gradually advance upon the Kilrathi lines. 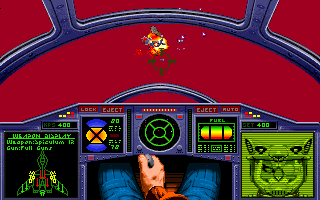 A few missions in I have to defend the Concordia against an attack by two Fralthi – I don’t get any torpedoes so I just have to take out the fighters. There are some new Gothri fighters – they don’t last long enough for me to get a good look at them though. 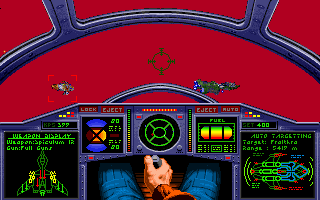 The Concordia has to take out the Fralthi itself. 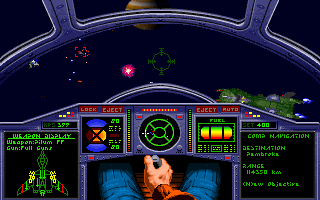 It fires some sort of big pink fireball which takes them out in one hit. 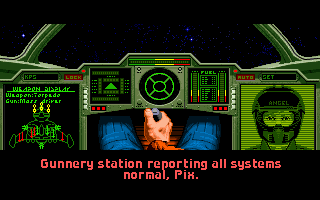 Next mission, I’m in a broadsword with Angel in the rear turret. 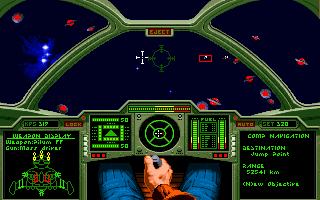 This puts me in a minefield which is a bit unfair in a ship this slow – usually I’d afterburn through mines but I don’t have afterburners. 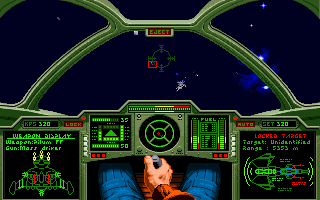 The turrets come in really handy and I make it through. I’m then faced with human pilots in ferrets. These are way too fast for me to take out any other way except using the turrets. 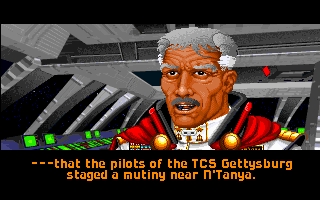 Apparently the pilots are from a mutineering ship. We aren’t supposed to take them out though until we know more about the situation. 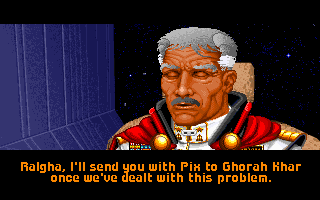 Because of this situation, I’m still not sent on the Secret Op with Hobbes. Next mission, I’m in an Epee and run into a load more human pilots in the same ship. We have to take on about 8 at once and in the 1/2 hour I don’t manage this one.

Its a promising enough start to the game overall. The difficulty level is definitely greater, but there is enough new to keep me interested for now and if I’m right about the 20 missions I’m already 1/4 of the way through. One thing I have noticed is that there seems to me a long pause everytime I go into or come out of autopilot which wasn’t in the original. This could get pretty annoying if I’m having to replay a mission a lot but I can live with it for now.