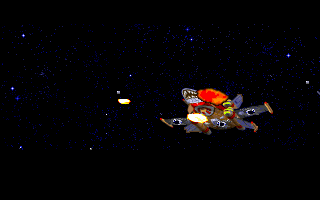 The difficulty level of this game went through the roof today – I spent going on 2 hours doing another 6 or 7 missions. The one I was on yesterday didn’t prove too hard although I’m really not too keen on Epee’s. 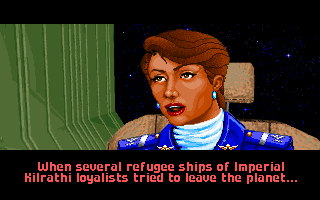 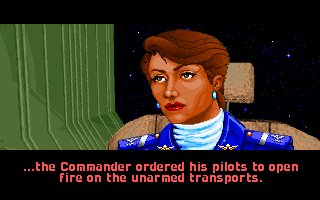 When I get back Angel fills me in on the traitors. They were ordered to kill unarmed Kilrathi transports and rebelled. 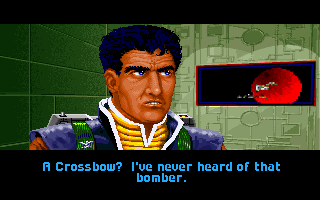 They also have a new experimental fighter called a Crossbow. In the next mission I have to go out and meet up with one of the traitors and escort them back to the Concordia. 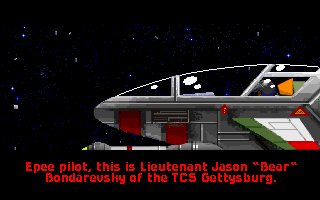 Its another mission flying Epees against human pilots (in either Epees or Ferrets). This missions are really quite tough – a single hit from an Epee will wipe out my shield, armor and usually break some part of my ship. To add insult to injury my copilots I have to escort back are useless. On one of these missions, I get down to the last ship and then get to see them both crash into each other and kill themselves. I get them back in the end though. 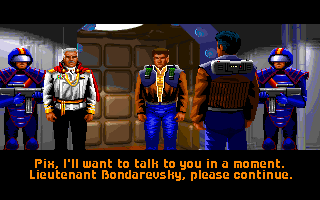 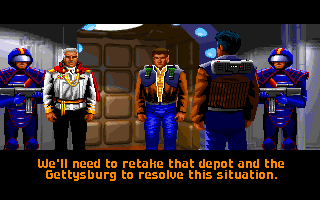 Tolwyn interrogates Bear in the brig. He will pardon the crew of the Gettysburg but there some of the crew have formed a faction against Confed and taken over a space station. 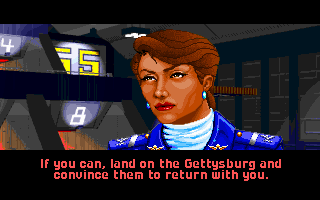 I get the mission to fly on my own to the Gettysburg and try to talk them into rejoining. 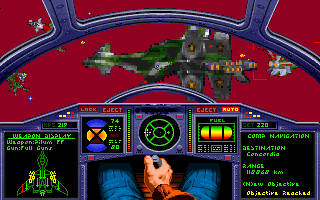 I have to kill a lot of humans on the way but this missions pretty easy as I’m in a Sabre this time and I meet up with the Gettysburg. 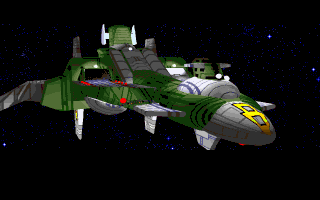 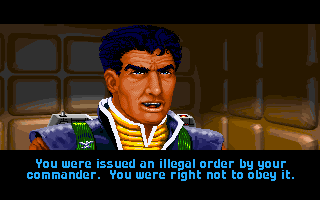 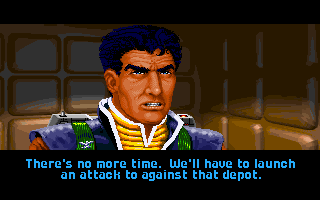 Talking them round is easy but they have picked up a Confed supply ship on its way to refuel at the station. If it gets there it will be destroyed. 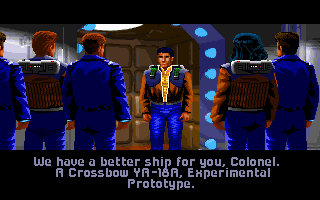 I volunteer to lead the attack on the station and get to fly the new Crossbow for the first time. 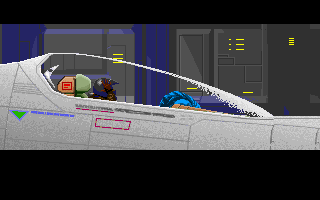 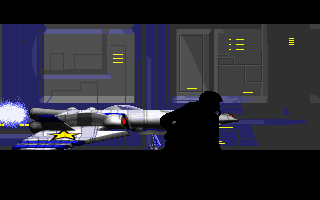 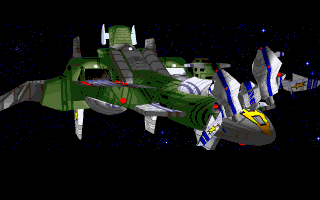 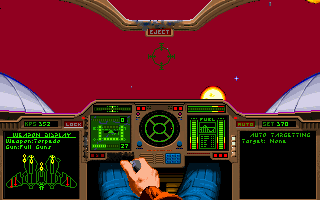 The crossbow is a modified Broadsword bomber. It has a couple of extra neutron guns making its firepower truly lethal, although full guns drains the power in no time. It turns a lot faster than the broadsword but still has no afterburner. Against slow targets its a really nice ship but its not that easy taking out Epees in it. My copilots once again seem to delight in crashing into each other on this mission but its not too hard and I manage it without them. 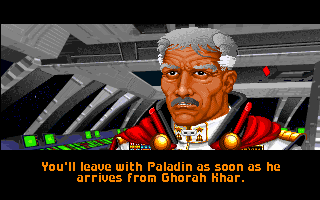 With the Gettysburg back with us again its finally time to actually do what the games title says and go on a special operation. 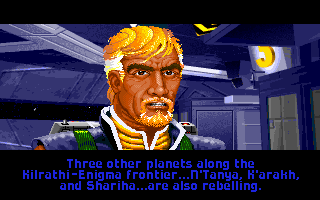 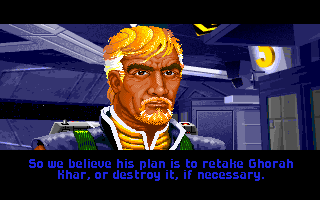 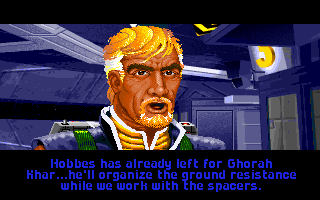 The Kiltrathi are rebelling on several other planets as well and trying desperately to retake Ghorar Khar to quell the other uprisings by example. Our job is to make sure that doesnt happen. The mission involves Paladin, Hobbes as my gunner + a new character Major Edmunds in communications. First mission we just fly out to Olympus. It looks like I’m flying solo on these missions which is fine by me. 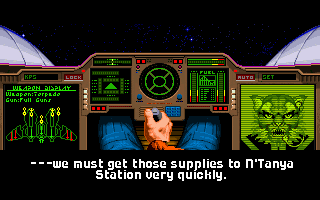 Next mission, I’m escorting a gun runner to meet up with a rebel Kilrathi cruiser. 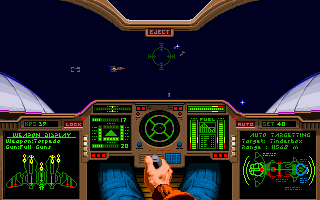 I then have to escort both ships to a jump point guarded by a couple of small cap ships. Both of these ships fire missiles at me which I have no way of avoiding with no afterburners and no chaffs in the Broadsword. It took a few goes but the only way to get through this is to try to even out the hits between front and back shields. I also get attacked by 6 smaller ships at the same time at the next nav point. This is easier than I’d have expected and I make it through the first time I get that far. 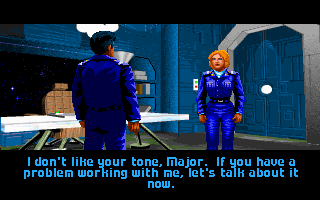 Back at Olympus after the mission, I have a chat with Major Edmund who seems to have a problem with me. 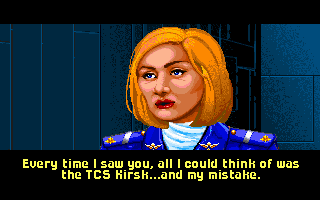 Apparently she caused the destruction of the TCS Kirsk by incorrectly unencoding some transmissions and had 6 months of reconstructive surgery to recover from the attack. I remind her of this because of the stealth fighter business at the start of WC2 so shes taking it out on me. At least she didn’t get 10 years in the security services though.

That puts me about two thirds through the game. These have been some of the hardest missions in any Wing Commander so far but not unfairly so. Once I get the hang of fighting Ferrets/Epees or learn the missions better, I’m getting through each one without too many replays. The storyline and variety of mission is improved on WC2. This really is a close equivalent to SM1 in this respect and is an improvement to WC2. It also uses the same ploy of human opponents so I get to fight a whole new range of fighters without anything new having to be done.

Regarding the slowdowns going into/out of autopilot, I’m still getting the same thing. Whatever the problem is, it gets worse the longer I play for and just gets slower and slower. Restarting the game without exiting Dosbox cures it. A simple solution for me is to exit and start again after I complete each mission which is a little annoying as I have to wait for the MT-32 sounds to upload each time but not too big a deal.