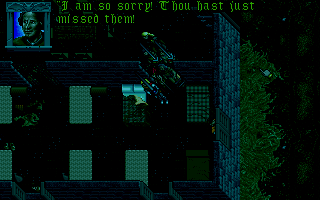 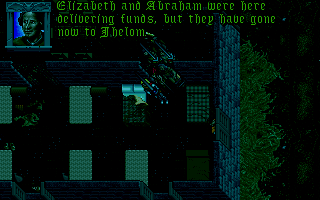 I ask about Elizabeth and Abraham in Paws and shock/horror, I just missed them. These 2 really get about. This time they have gone to Jhelom. I’d like to go and pick Dupre up from Jhelom at some point but its not high on my list for now. 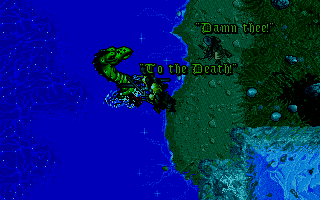 I now go searching around for Destard. My first attempt leads to a dead end + a fight with some sort of sea monster. 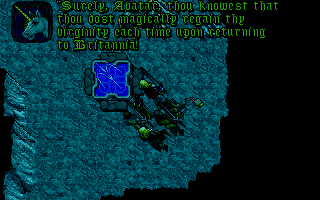 I find a cave west of Trinsic with a unicorn inside it. The unicorn isn’t quite what I was expecting and is hiding out because it is fed up of being used as a virgin detector. I get my virginity back every time I return to Britannia it seems, however that works which prompts a few remarks from my companions. This doesn’t seem to be Destard either as the dungeon doesn’t go very far, I can see unreachable areas so I go looking for another entrance. 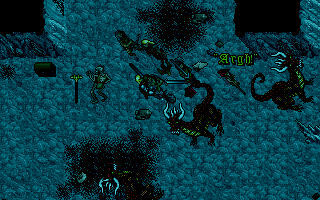 It doesn’t take much finding. Batlin told me the dungeon was safe but it is infact full of dragons. 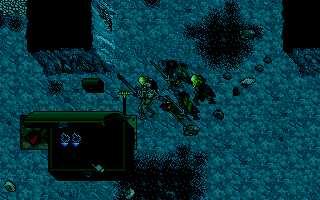 To make matters worse there isn’t any gold in the chest for me to fetch. A bit more dungeon exploring reveals a load of gold bars, nuggets and gems so I come out of here pretty wealthy. I’m having to reload a bit with my party getting knocked down by dragons so I’ll use some of this money to buy decent armour. 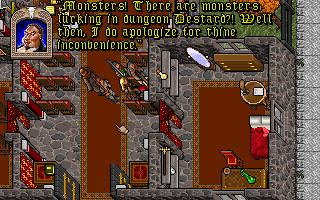 Batlin acts surprised about the monsters in Destard when I tell him but I don’t exactly believe him. 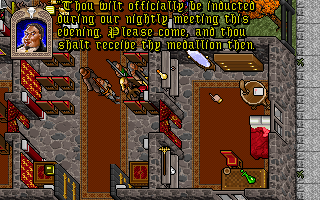 He allows me to join the fellowship, however. If it wasn’t for the gypsy I’d have backed out before now but I wait around for the evening meeting to be inducted. In the meanwhile I sell off my gold and gems and equip everyone with plate armour. 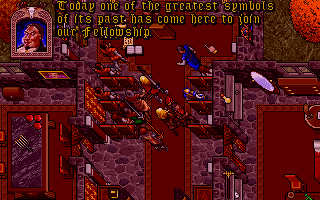 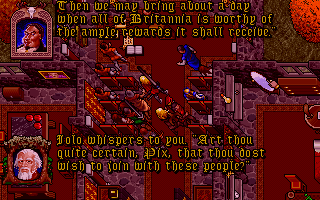 My companions try to talk me out of joining. I’m a bit uneasy about them using my joining to encourage more members but I don’t really have a choice. 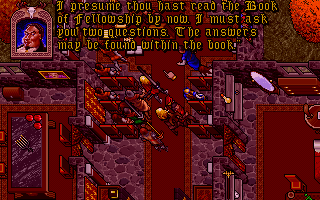 At this point, Batlin asks me what are effectively a couple of copy protection questions with answers from the manual. This confirms better than anything that it must be critical to winning the game. I expected him to give me another quest or send me off to the retreat at this point but nothing else happens for now so its time to head for Yew. 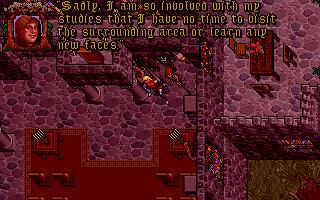 Yew has moved a bit on the map and is now right next to Empath abbey in the utmost NW of Britannia. There hasn’t been a murder here which makes a pleasant change. The abbey is quite a bit smaller than I remember and just has 3 monks living in it. 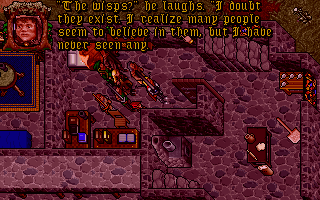 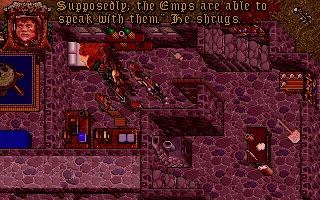 but I get pointed towards a race called Emps living in the woods. 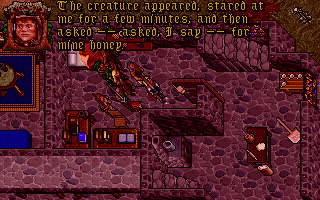 I will need some honey before they will approach me. I’ve been told about a bee cave nearby which is the next stop. 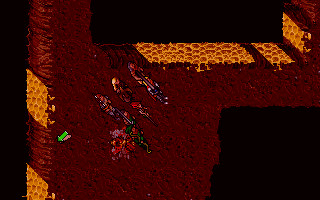 The bee cave is a smallish dungeon with giant man size bees buzzing about. I hack my way through them to find some honey right at the end of the dungeon. 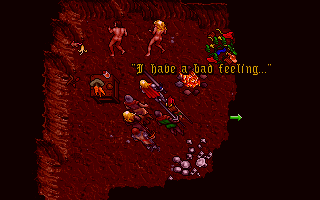 Heading the other way I find a couple of sleeping naked people. 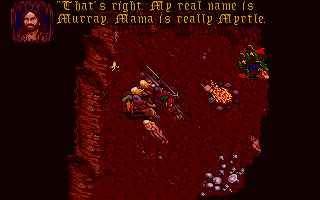 They pretend to be some sort of cavemen for a while but are actually ex-Yew residents who fled from the taxman and now prefer to live a basic (very) lifestyle. They tell me that the bees don’t hurt them if they wait for them to sleep, they can walk in and take the honey. This advice is a little late now I’ve slaughtered my way through the whole hive. I have a bit more of a look around Yew. Its a pretty small place with just a few buildings. One of the monks knows that Natassias father is buried at the cemetery but doesn’t know much about him and neither does anyone else. I do get a good lead on hook – one of the prisoners says he travels around with a gargoyle called Forskis. I definitely need to track this guy down in Buccaneers Den. 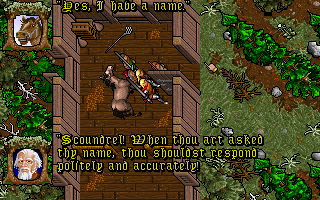 Smith is hanging around in Yew as ever and gives me a couple of out of date clues. 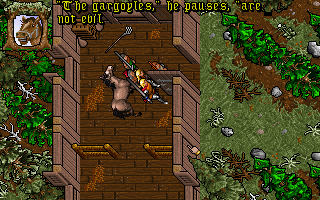 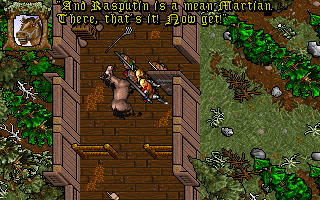 There is a magically locked door and some sort of giant chess board which I don’t know what to do with but nothing much else in Yew so I go looking for the Emps. 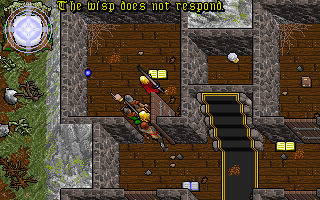 I find the wisps first hanging around a stone building but I can’t talk to them. 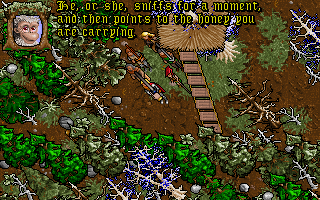 A lot of walking later, I find the spot with the Emps. They take some honey and will then talk to me. 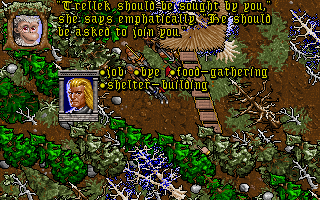 The leader advises me to recruit Trellek to help me with the wisps. 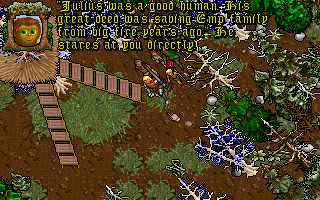 Trellek won’t join without permission from his wife. He does have info on Natassias father though, he died from smoke inhalation after saving an emp family from a fire and is regarded as a hero. Something along these lines was fairly predictable but I’ll go back and tell Natassia after I get done in this area. 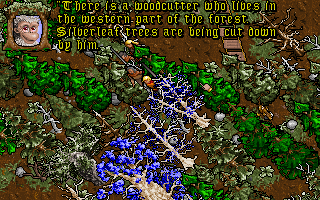 Trelleks wife sends me back to their leader for permission and he won’t give me this without a favour. They have a ready prepared contract they want me to get the woodcutter to sign so he won’t cut their trees down. I’ll get this done tommorow and then see what these wisps have to say.