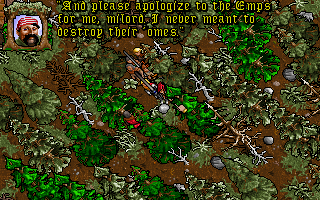 The hardest part of getting the logger to sign the contract turns out to be finding him. I wander backwards and forwards for ages before finally finding him at the SW of Yew fairly near the sea. He agrees to sign up straight away once I explain things. 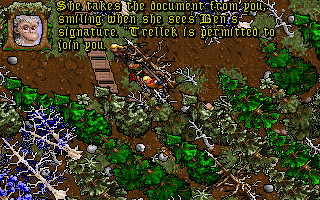 I take the contract back and get the leaders permission. 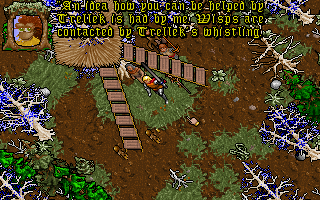 Trelleks wife has now changed her mind and won’t let him join me. She suggests an alternative once I tell her why I need his help and Trellek makes a whistle which I can use to contact the wisps. 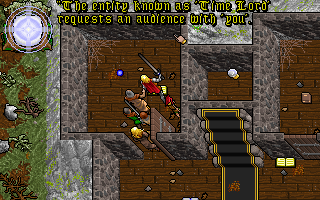 I go to the building with the wisps, blow my whistle and the wisp comes over and talks to me. The time lord wants to speak with me but nothing is ever that easy. 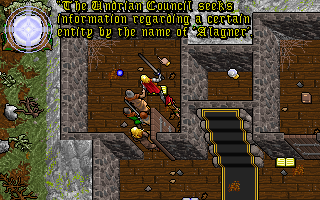 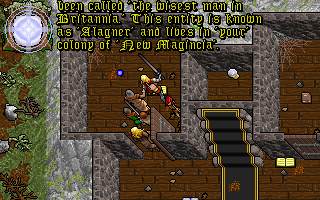 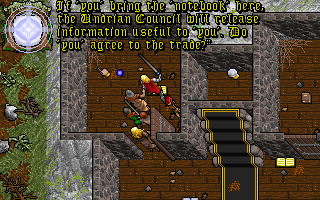 The wisps want some information first. I need to go to New Magincia and get Alagnars notebook and they will exchange this for the details of how I can speak to the time lord. 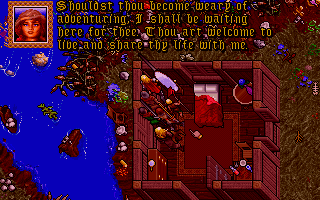 Before I go to New Magincia I go back to Cove to tell Natassia about her father. I get the offer of settling down in Cove but there’s a murderer to track down first. 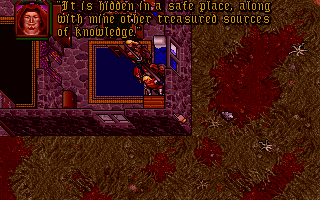 I sail off to New Magincia. This is a fairly quiet town although there are a few shipwrecked pirates who seem quite out of place here. I find Alagnar but he won’t just give me his notebook. 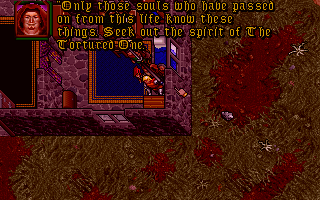 I have to first prove my thirst for knowledge by asking the tortured one at Skara Brae for the answers to life and death. 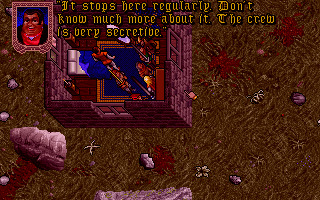 Instead of heading straight over to Skara Brae I call in on Bucaneers Den on the way past to see if I can track down hook. One of the pirates tells me that the Crown Jewel stops around here regularly which sounds promising. 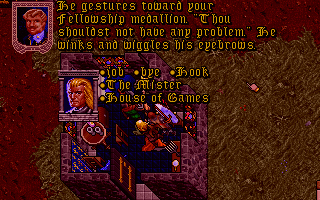 There is a house of games here where I can gamble. I get strong hints that fellowship members always win but I don’t notice it myself when I have a a go. There doesn’t seem to be a whole lot to do here. I don’t get any leads on hook as everyone denies knowing him. The fellowship is obviously as corrupt here as everywhere else. The baths are obviously a brothel and the house of games is just a crooked casino but the head of the fellowship here describes them in a very different light. Since there isn’t much to do here, I’ve decided I’ll just go to places where I know I have quests from now on. I’ll no doubt need to come back here later. 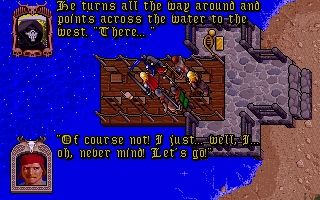 To get to Skara Brae I need to use a ferry. The ferryman refuses to talk to me until I use the seance spell. After this he takes me to the island for 2 gold. 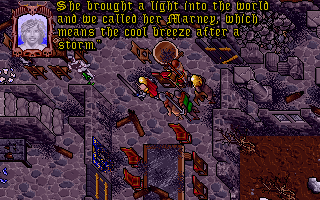 Skara Brae has been completely wiped out. At some point a mage here turned to evil and became a liche. In the attempt to destroy him one of the town members created a huge fireball which killed the whole town. Now the spirits of these people haunt the town, slaves to the liches call. 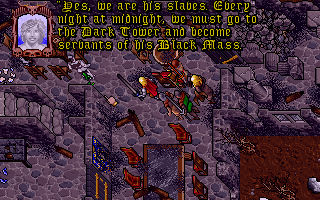 There was some sort of plan to kill the liche, involving a soul cage and a less powerful version of the magic fireball that killed everyone. A ghostly blacksmith is still working on the soul cage but is too mad to even realise he is dead. Working on a hint from another ghost, I take a music box he gave to his wife from his smithy. His wife is now enslaved by Horance the Liche but wakes briefly when I play the box. 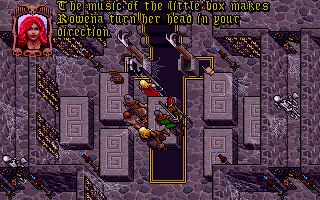 She gives me a message and ring to take back to the blacksmith before going back into the trance. 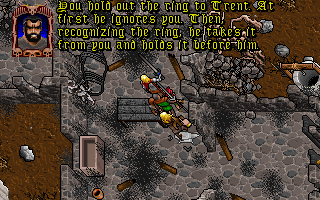 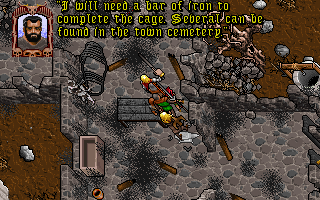 The blacksmith regains his composure when I give him the ring. He sends me off to get him an iron bar to complete his cage. I’m clearly going to have to destroy this liche before I can get any answers from the tortured one. The tortured one turns out to be the guy who created the fireball that wiped the town out. He blames himself although it appears that the mayor told him the wrong ingredients so is really the one at fault.

I think I’ve talked to everyone in town at this point although I’ve not seen Horance himself yet so I’ll get the cage finished next and see if anyone offers any more information on  liche killing.