After nearly two months since the last post, I’m back for another game. I should really be having a go at Thief 2 but instead I’m going for Deus Ex since I bought it on Steam ages back and never got around to playing it. This was Warren Spectors first game for Ion Storm which is where the Origin connection comes in. Ion Storm had already released Daikatana at this point which got panned by critics but I never played it myself and probably never will. On the other hand, I heard Deus Ex repeatedly described as the best game ever so I’m expect a lot from this. 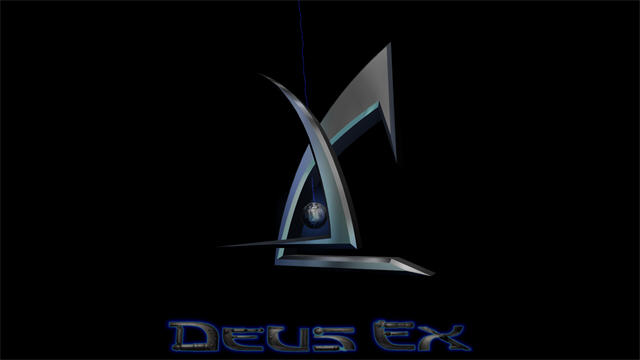 Before I start the game I have to manually alter a couple of the config files to get it to run in widescreen. Once done the game runs perfectly. I’m not impressed that this wasn’t added into Steam but it wasn’t too tricky to do myself. 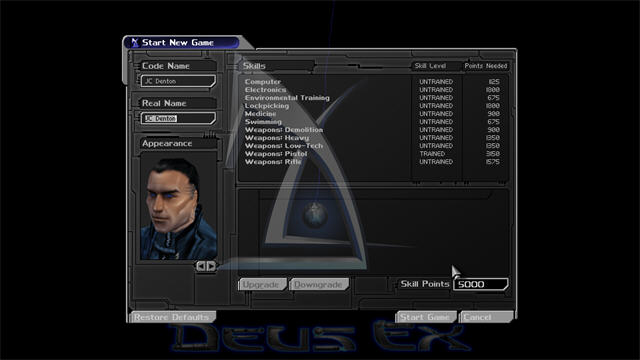 I unintentionally skip the tutorial level and go straight into the game.  I’m going to be playing the cybernetically enhanced government agent JC Denton. I get to spend a few points on training at the start of the game to pick what I want to specialise in. 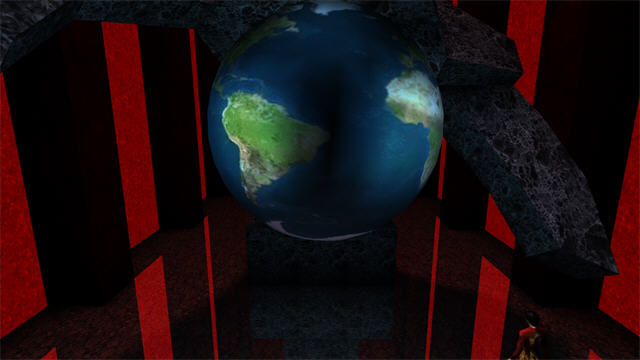 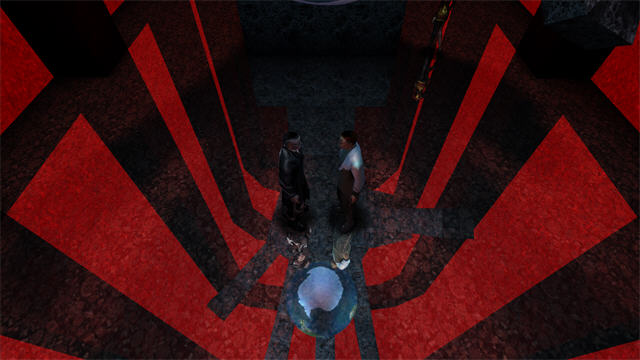 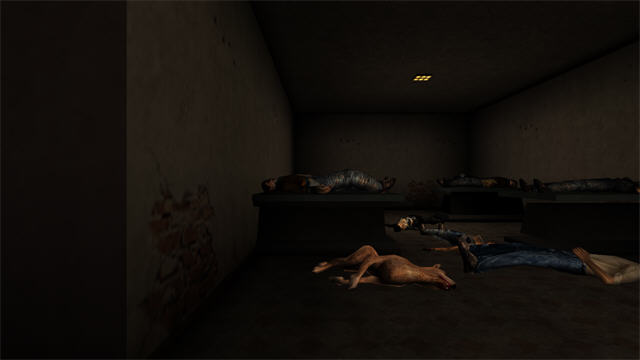 The game’s intro shows an agent and a high up goverment figure talking about taking over the world. The plot is less than clear at this point but there is a plague ravaging the general population and the government has a cure/treatment called Ambrosia which they control. A terrorist group called the NSF is opposing the government but they don’t have the advantage of cybernetic implants due to their moral stance. They talk about the new agent about to come on-line (presumably me) and potentially retiring the first prototype agent (my brother) and how they will become gods when there plans (whatever they might be) come to fruition.

Knowing little about what is to come, this intro is quite vague but it will no doubt make sense later. 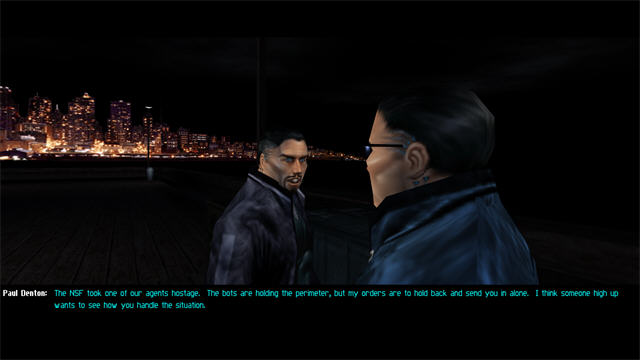 I’m thrown straight into a mission at the start of the game. My brother meets up with me and gives me the story. The NSF have stolen a shipment of Ambrosia but we have managed to trap some of them in the ruins of the statue of liberty (in the future it has had it’s head blown off). To complicate matters they have one of our agents as hostage. I’m to go in and capture the commander. My brother is quite keen on me using non-lethal techniques to carry out the mission although I get the opposite command from HQ a couple of minutes later. 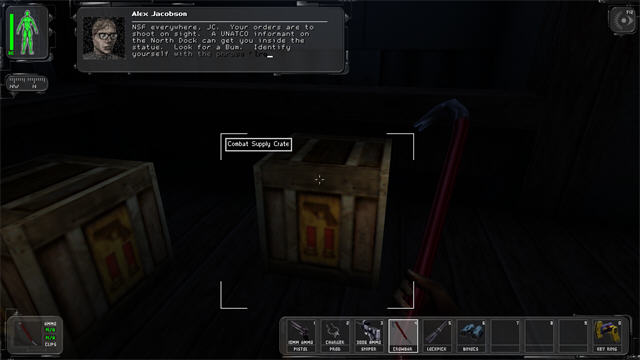 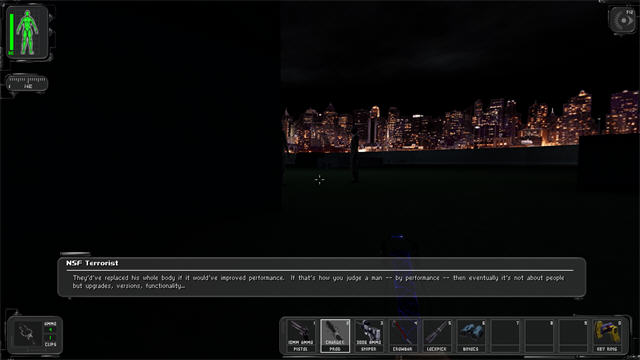 I’ve got a few options for getting into the statue. I can sneak round the back, carry out a frontal assault or talk to an operative and get the key. I decide to go for stealth. In true thief-like fashion I can listen to conversations between terrorists as I approach. There is a lot of room to move in the level so I can just sneak past most of these guys. Their eyeight isn’t too good and this is very easy. 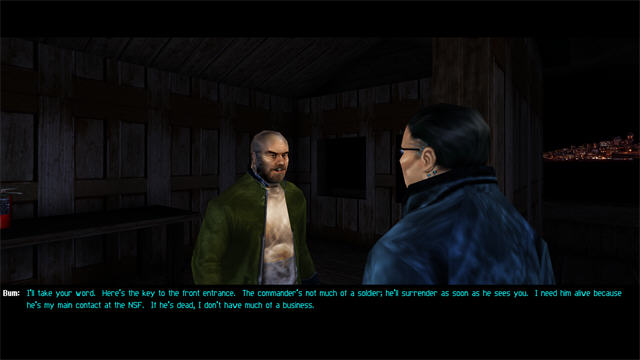 I find my contact and get the key off him after promising not to kill the NSF commander who is his link to trade with the NSF. I’m getting a lot of these messages not to use violence. 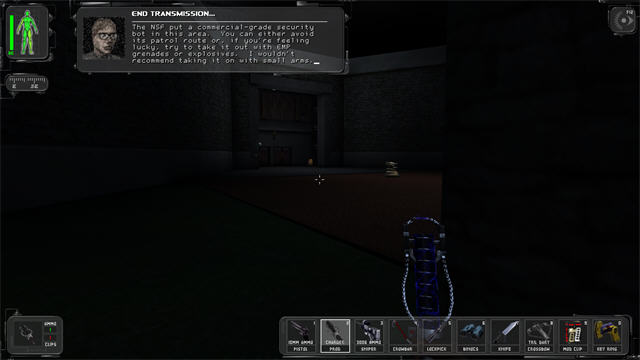 He gives me the key but I don’t need it as I’m going via the back. I find a security bot here but I sneak past again when it moves away from the door. 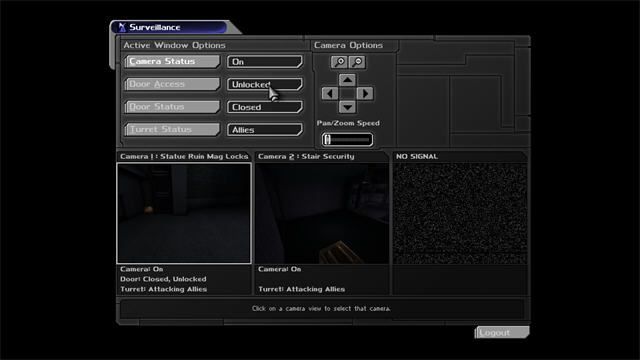 There is also a security camera and turret guarding the door but using a password I found earlier I can log into a security panel and get the turret to attack my enemies + turn the camera off. There is a surprising amount of detail in the game to be able to do this sort of thing. I can even pan and zoom the cameras. 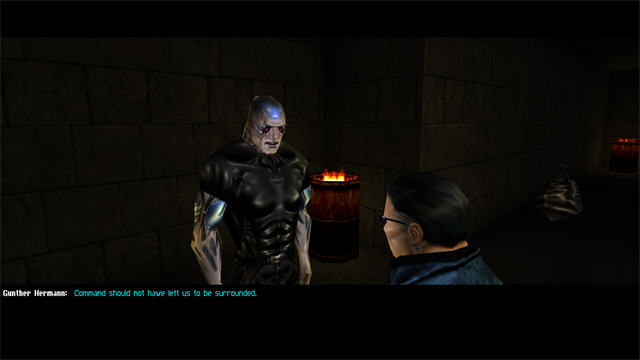 I use the same technique to free our agent. I have a choice of giving him a gun or keeping it for myself. I give him the gun and he clears out this level for me. 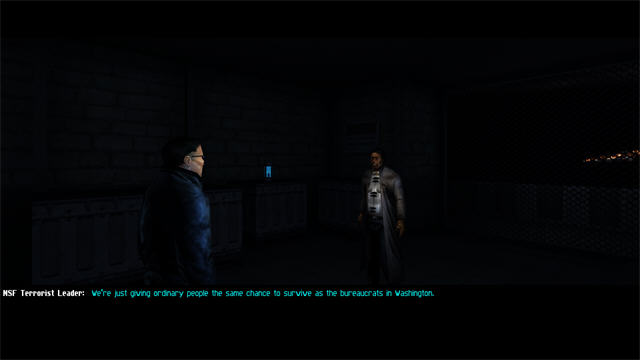 I make my way up the statue using non-lethal tactics as much as I can. I don’t have a blackjack like in thief but I do have an electric prod which I can use on opponents at short range. It only has limited ammo though so the blackjack was better. I also have tranquiliser darts in a crossbow which are very effective but take about 10 seconds to drop an enemy. 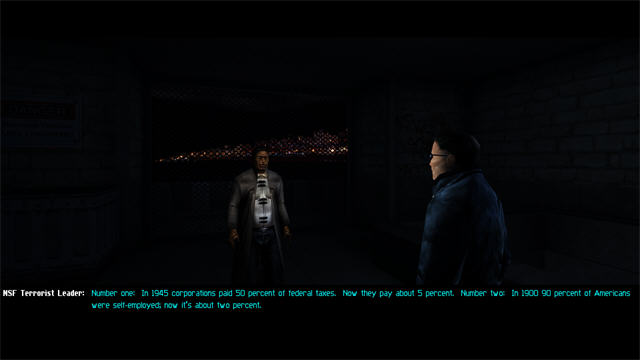 The NSF commander surrenders the moment I see him. He makes a convincing case against the government when I interrogate him. He even claims that the plague has been created by them and they are using it to claim even more control for themselves. It’s not clear that I’m on the right side but he may of course be lying. He says they have sent the Ambrosia to be used by the general population. 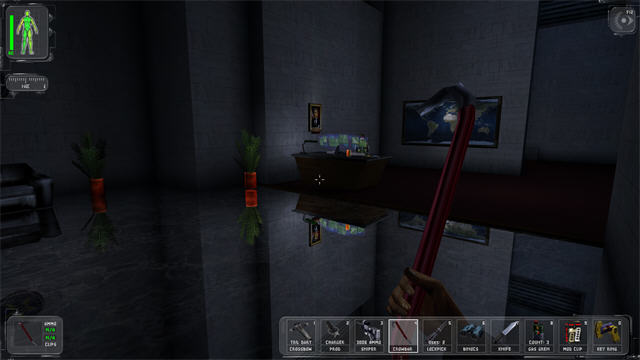 I let my team know he has been captured and they move in to secure the area. I make my way back to HQ on the edge of the island. All the NSF that I left behind are gone now and our guards are patrolling the areas. This sort of detail is a nice touch in a game this old.

I don’t feel like I know exactly what is going on in the world of Deus Ex at this point and its a slightly confused start to the game. I could of course have read the manual (or played the tutorial) which might have helped. As a newly created agent maybe I’m not supposed to know what is going on.  I’m not clear if I’m a normal person who lived a life before getting cybernetically enhanced or if I’ve been grown in a tank. I expect the latter.

I’ve not covered them here but I felt like I had a lot of options on how to play this level. There were little environmental puzzles which I’ve not talked about with more than one solution. These solutions were pretty trivial on the whole though. I could pick a lock or climb over crates, etc.. The game plays very much like a combination of System Shock 2 and Thief though which can’t be a bad thing. It looks like there is going to be far more dialog in Deus Ex though. Some of the dialog and acting are pretty cheesy. It feels very cartoony rather than real world when they start spouting some of these lines. Graphically the game isn’t great for 2000 either but it is amazing what they’ve done with the Unreal engine to get the RPG elements and SS2 style interface in there so I can happily overlook it.

All in all then, it’s a so-so start for Deus Ex. It’s interesting but I’d rather I’d started on Thief 2 at the moment. I expect I’ll get into it once the plot gets going and I know a bit more about what is going on.