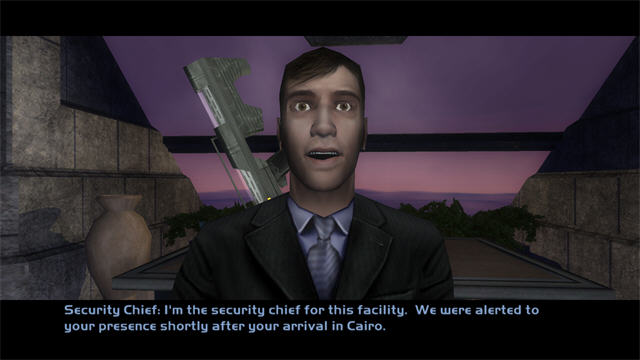 After getting passed a couple of guards I find the security chief in a half barricaded room hiding out from the Templars. I’ve got the mission to kill this guy and decide to follow through with it this time. Despite his biomods, this is no real difficulty as he only takes 3 sword swipes. I’ll collect the money for this later. 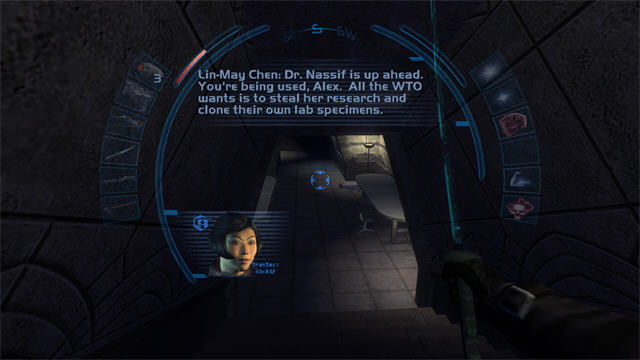 I’m getting near Nassif now and Lin-May wants me to kill her rather than let the WTO continue her work. I’ll have to see what Nassif has to say before I make my mind up. 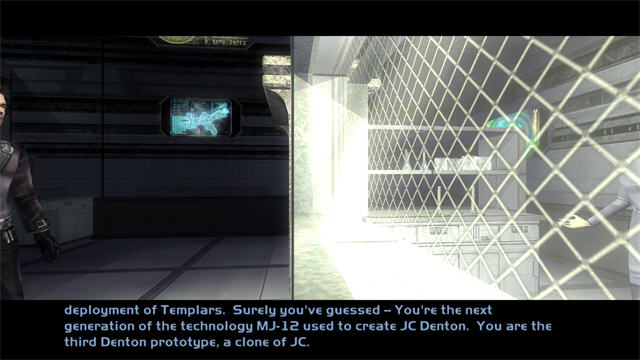 Nassif is very talkative and tells me that I am a prototype based on JC Denton himself. Apostlecorp is allegedly run by Denton himself although this is little more than a rumour. They have developed the new biomods to level the worlds playing fields, put everyone on a level playing field and form a new form of government. 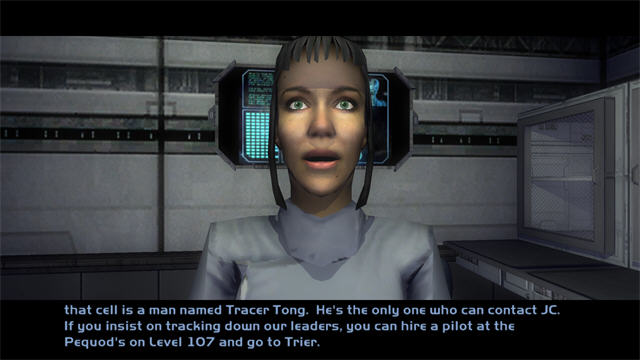 Tracer Tong heads up the group in Trier, Germany and Nassif wants me to fly out there and meet up with him. She tells me I would have learned all this once my training was complete. This sounds like the nearest thing to the right side to be on so far if I have to pick one (and I’m sure that sooner or later I will) but I’ll need more information. 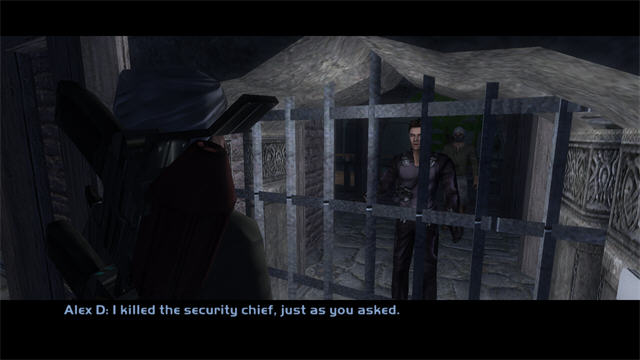 She tells me to go to the coffee bar in Arcology to hire a pilot but I’ve got unfinished business here first. I go and claim my money for killing the security chief to start out with. 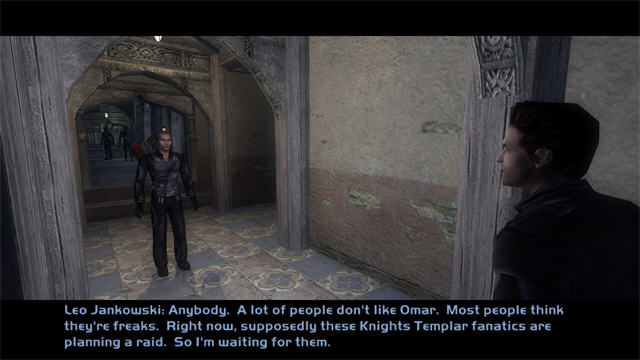 I run into Leo in the Medina while I’m looking for the Omar. He has a contract to protect them from an expected Templar raid and asks me to help out by eavesdropping on the recruiting post in Arcology to see if I can learn when it will be. He’s already grateful to me for wiping out some Templars earlier on. 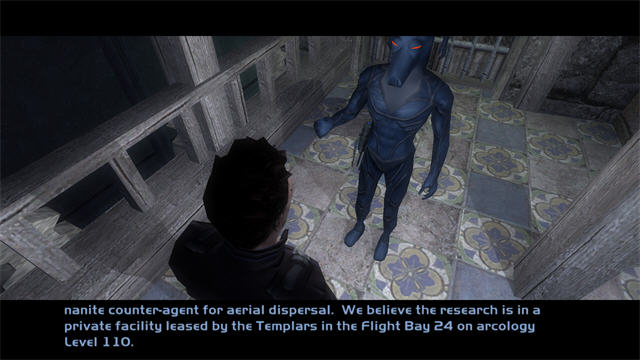 I ask the Omar he is guarding about the plague cure. They tell me where to look in Arcology and even offer me the key to get in if I do some mercenary work in the same area and get them the schematics of some new armour that has been developed. 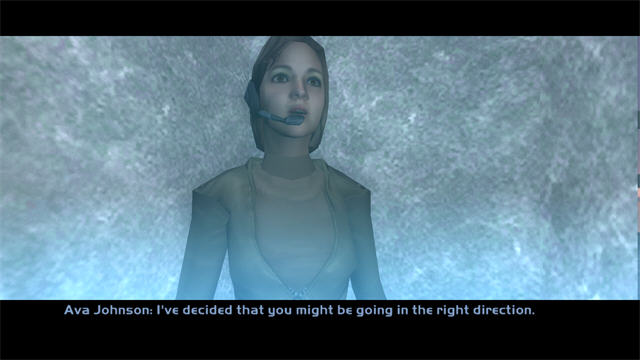 I head back for Arcology. I eavesdrop on the Templars who conveniently tell me exactly what I want to hear within a few seconds of crawling down the vent into my eavesdropping position. I then make my way towards the hangars. My pilot pops up on a communicator here and offers me another free ride if I want it. She still hasn’t been able to locate her passenger but seems to think I might be headed the right way. 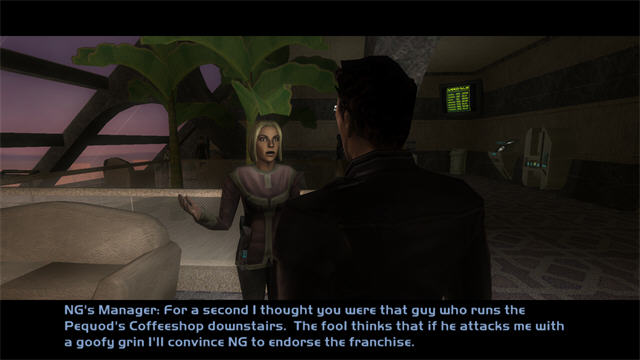 The manager of the pop star NG is up here. I have the mission from much earlier to try to get NG to promote the coffee house in the Medina and a quick bribe does the job here. 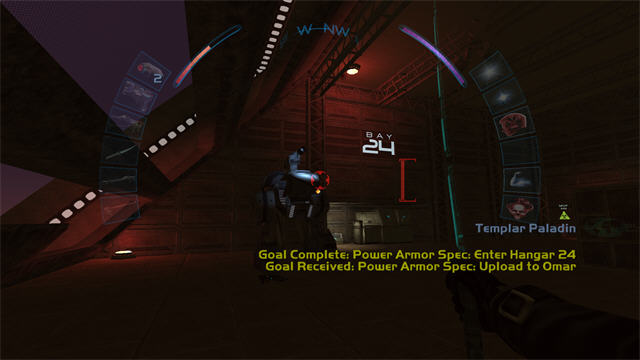 I head for the air terminals next to find this armour schematic. I give the password to the clerk on the desk and she lets me straight in as promised by the Omar. This place is seriously guarded with the biggest robot I’ve seen in the game. It’s a bit tricky to get them to land where I want but after a few attempts I disable it with EMP grenades. The two or three Templars in here are much less of a problem. 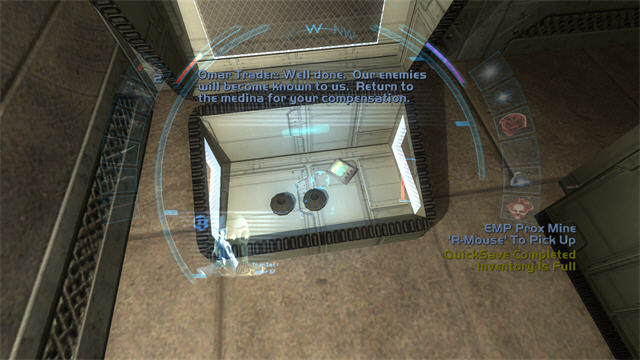 Using a code from a communicator message nearby I open up a crate and locate the plans the Omar want. They then transmit me the key for the other hangar. 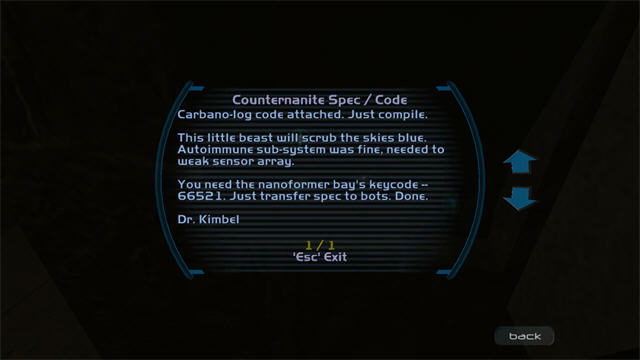 I soon find the plague cure and it sounds like it’s ready to go. Lin-May wants me to transmit the cure through the Arcology bot system which doesn’t sound like a bad idea at all. I also have the mission to confront the governor who has been withholding it. 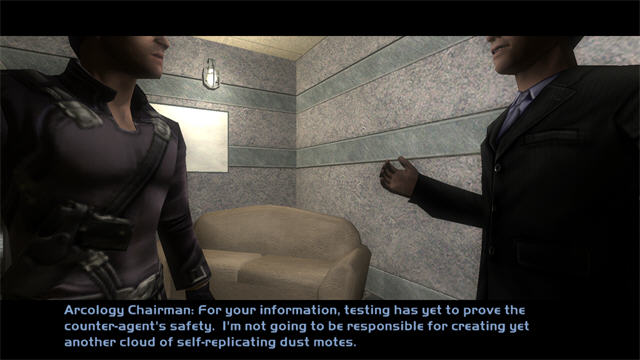 The governor denies all knowledge at first. He then offers me money and when I refuse that an explanation of sorts claiming that it hasn’t been proved safe. I also had the option of killing him off if I had wanted. Given the weak nature of his explanation I wish I’d just taken the money in hindsight. 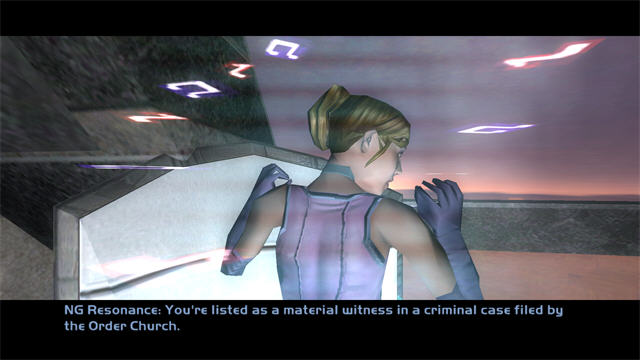 The pop star called NG Resonance appears to act as a booth where you can inform on people in the world of IW. It’s a strange idea and she has to be an AI but I do my duty informing about her manager taking bribes and the situation in the academy receiving a bit of money for my trouble. 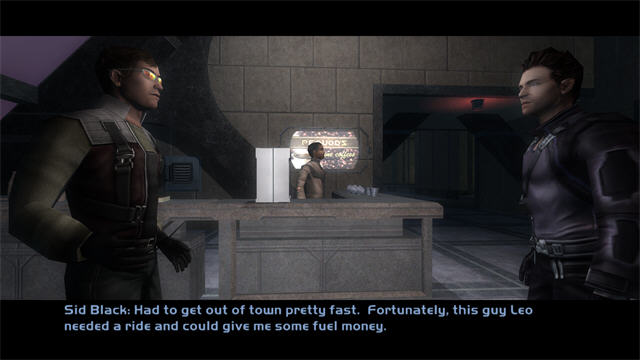 The booth is in the Arcology coffee shop and I find Sid Black, the other pilot from much earlier in the game. He apparently flew Leo over here. This is basically just a chance to swap pilots if I want to but I’m sticking with the free option + I’m curious about my helicopter pilot and want to know who or what she is and just who this passenger she is looking for is. 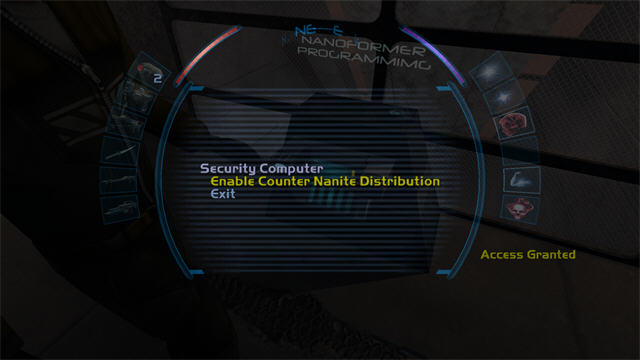 I head to the nano-bot area next to manufacture the cure. I’ve picked up a key in my travels and I’ve got a well developed hacking skill by now so this mission is just a case of walking through the door and hacking the terminal. 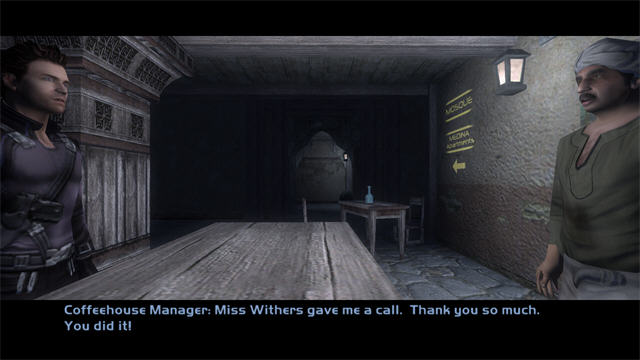 I’ve still got a few loose ends to tie up before flying off. I go and collect my reward from the coffee house owner. It’s a choice of weapon mods which isn’t all that appealing in all honesty. I found out after bribing the manager that I could have done the same job for the other coffee house owner but it was too late to go back and change my mind. 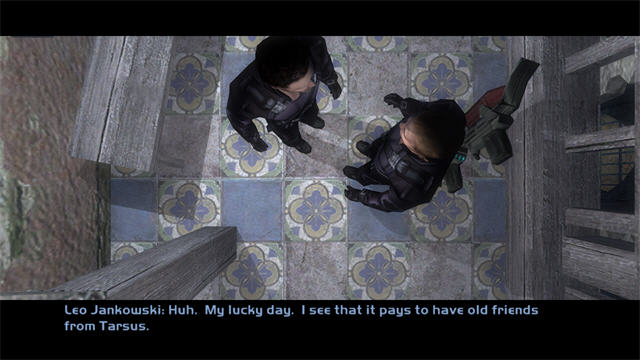 I give Leo the information he wanted and get a further mission to check up on him later and see how he got on. I walk out of the area and back and he appears to have coped well judging by the Templar bodies. He gives me 400 credits for my trouble. 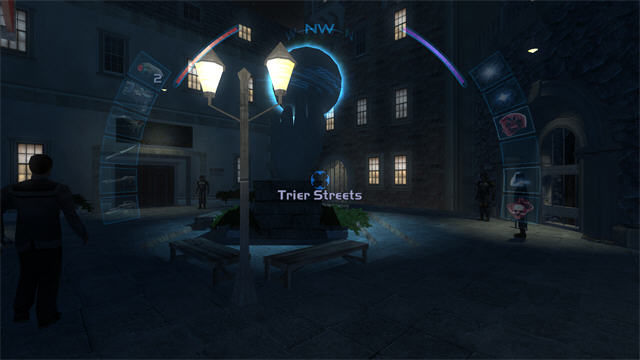 I’ve run out of missions by this point so I go to meet my pilot and we fly off to Germany. 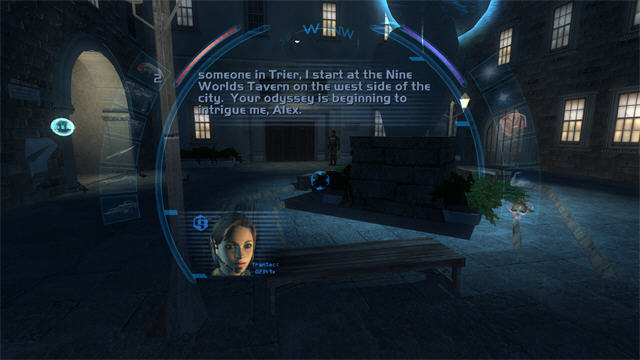 I arrive in Germany to what looks very much like an MJ-12 symbol. My pilot suggests a starting point for my attempts to find Tracer Tong but I leave it here for now.

This has been the best session in this game so far with loads of missions to keep me busy and not too much loading. The story is warming up although it has to be said that the main plot thread could be summed up in a couple of sentences with most of my time being taken up in side quests. The game is clearly building to a large number of endings when I’ll finally get to commit to one side or another. In a game this short you could say that the story is just introducing you enough to the world and it’s factions so you can make that decision.

It’s still an interesting enough world to explore although the newer the games get, the less I enjoy writing about them. This game is probably as modern as I’ll ever get in this blog anyway, at least until something new comes out from the likes of Warren Spector. I feel the urge to play something a lot older when I get done with Invisible War and I might be breaking out the Apple II emulator again.