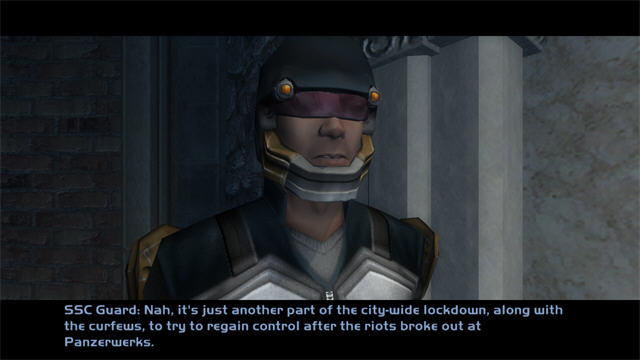 Germany turns out to be no different to anywhere else in the sense that there is another city-wide lock-down and general unrest. These two guards don’t want to let me through to the Black Gate ruins (a U7 reference?) but I’m sure I’ll find a key-code to let me in at some point. 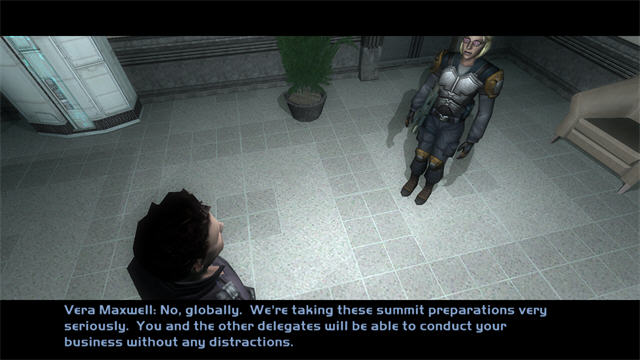 The first building I head into is the headquarters for the SSC. I learn that there is a summit going on between the Order and the WTO here and her Holiness herself is over here negotiating with the WTO leader. 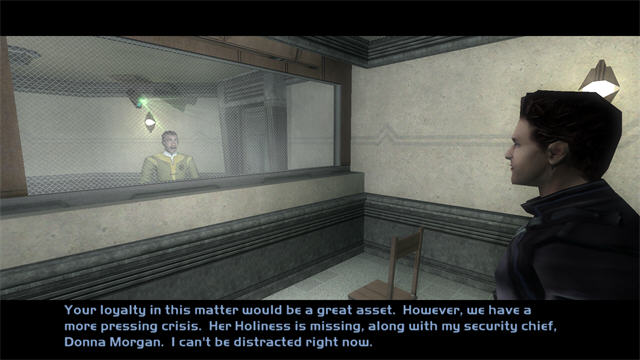 The SSC center is a local police station in effect with interrogation rooms, cells, evidence rooms, etc. The chairman of the WTO is also here. I learn that her holiness has been kidnapped and as ever it’s going to be up to me to try to sort things out by rescuing her. I need to find out some details to start with. 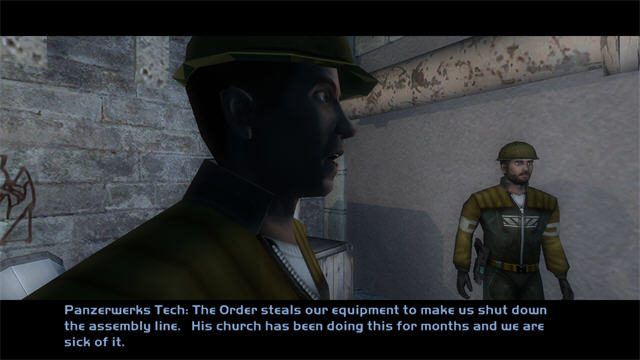 I head out to explore the town. I find two workers about to assault a member of the Order. The Order have been stopping them carrying out their work by the sound of it. I have a choice of what to do here and decide to get in the way resulting in me killing both the workers since I don’t have any non-lethal weapons. 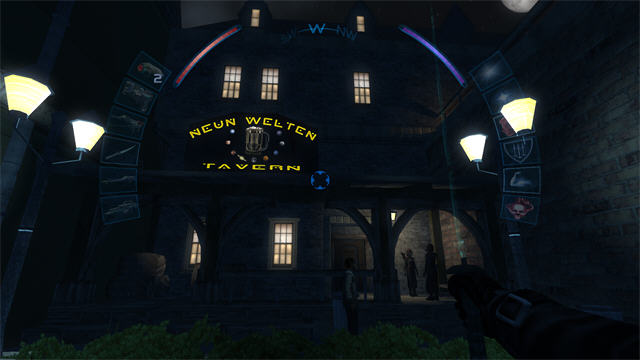 I find the local tavern which seems to be the place to go. Outside are a few order members who give me a bit more of the story for around here. Their leader Sadam, who I met briefly back in Cairo, seems to have been using some dubious tactics here which is why the summit is happening to sooth things out. The local Order members side with Saman, however, and don’t think the WTO should be negotiated with. 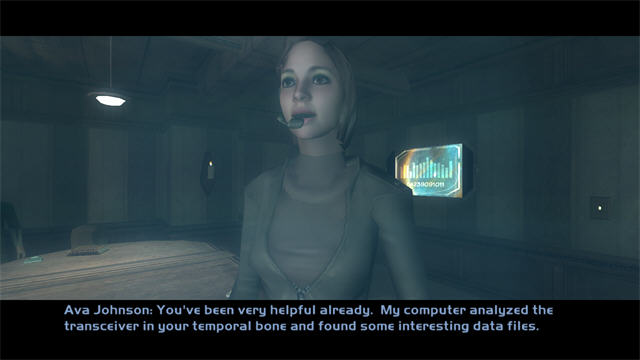 Both of the games pilots are in the bar. Sid Black has once again improbably got here at the same time as me. He would want 750 credits for the next flight – can’t see that I’ll be taking him up on that one. Ava also pops up on a communicator here and I learn that she has hacked into my systems and is using me to gather more data. Not sure what I think about this but I’m stuck with it either way. 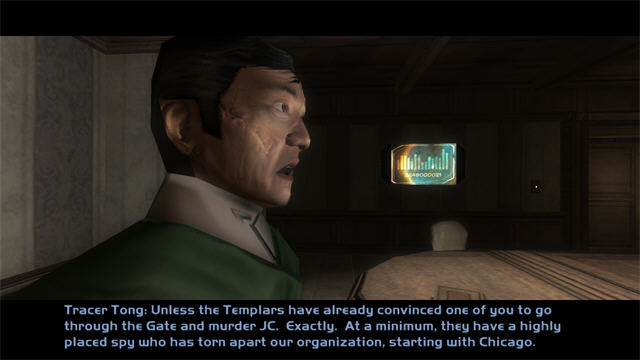 Tracer Tong is in the bar and is the usual mine of information. He confirms that I am a clone of JC and also tells me that JC built a lab beneath the ruins of the black gate. In this lab is a teleport which will transport JC clones to his base in Antarctica. The Templars may have already convinced one of the JC clones to go through and murder him (that would be Billie). Her Holiness is also being held in this lab and Tong gives me the key to a secret entrance. 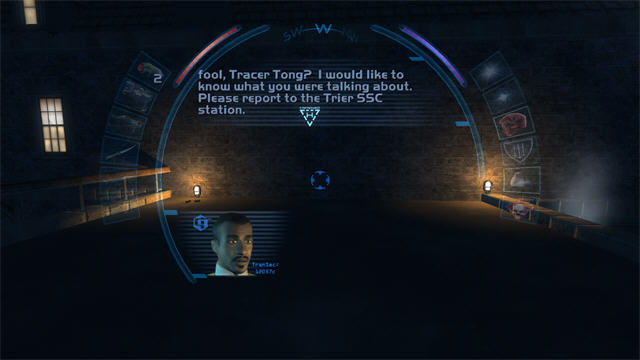 The WTO director knows I met with Tong and wants me to report to him. I’ll do this after I finish exploring. 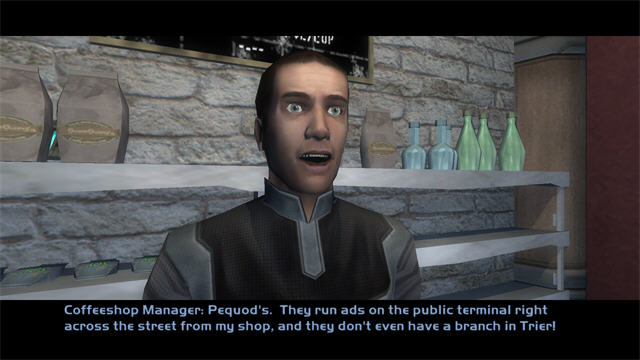 The local coffee house manager is complaining about the competition advertising on the booths but not even having a branch here in Trier. He has tried to take this to court but for some reason it was thrown out. He wants me to break into the evidence room at the SSC station to see why. 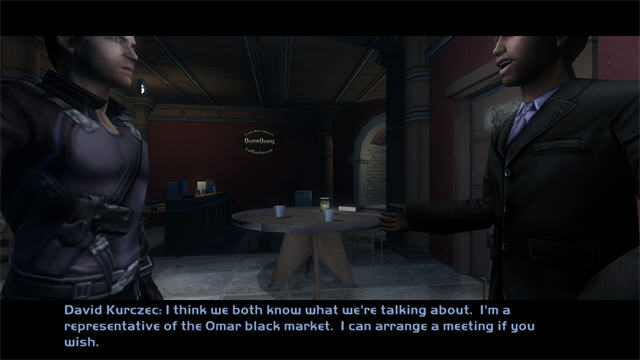 The other person in here is a human representative of the Omar who arranges a meeting with them back at the tavern. 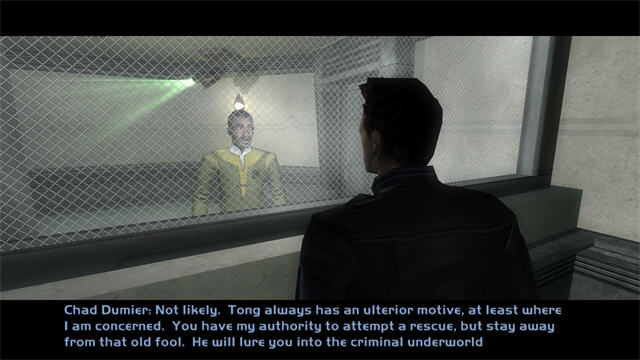 I head for the SSC station first. The chairman doesn’t trust Tong but he does approve my attempt to rescue the Order’s leader and gives me a key to get through to the Black Gate ruins. 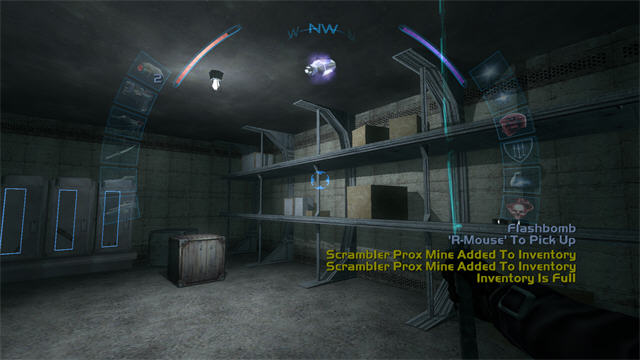 While I’m here I break into the evidence room. It turns out the two warring coffee shops are actually the same company and the whole thing is a ruse. The coffee shop owner doesn’t take the news well. I have a choice of telling him to stay quiet for his own good or advising him to tell the truth and make an issue out of it. I go for the latter. Guess I will see what happens later. 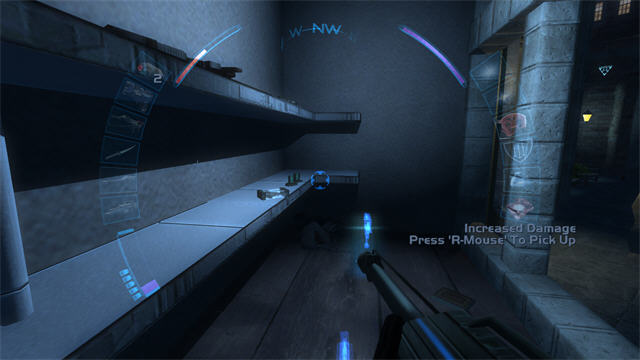 While I’m still here I break into a shop and steal a load of weapon mods. Smashing the glass triggers a turret but I soon take this down with my mag-rail. 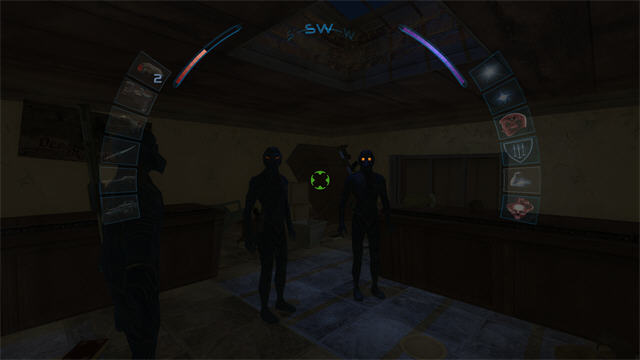 I go to meet up with the Omar next. They look quite sinister but are only interested in trading and don’t give me any missions this time around. I buy some biomods which I have to pick up from a drop-off point in the black ruins. All my mods are more or less maxed out now. Certainly all the ones I care about so I never did find this drop-off. 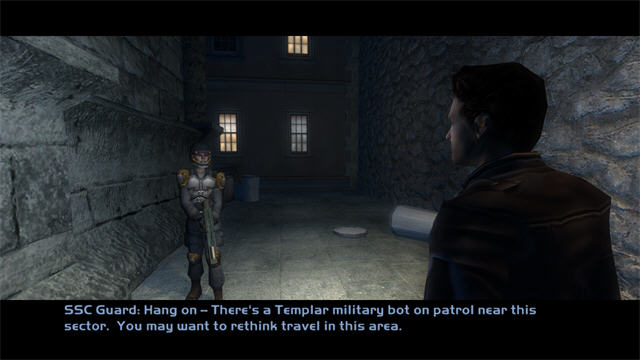 That completes all the missions in Trier itself so it is time to head for the Black Gate. As soon as I arrive a soldier tells me that a giant Templar bot is guarding the ruins. It’s another like the one I saw in the hangar earlier and goes down with two EMP grenades. 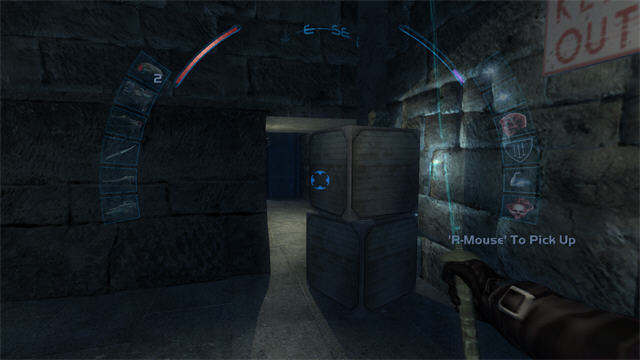 A bit of exploring and I find the lab entrance with the keypad hidden behind some crates as Tong described. 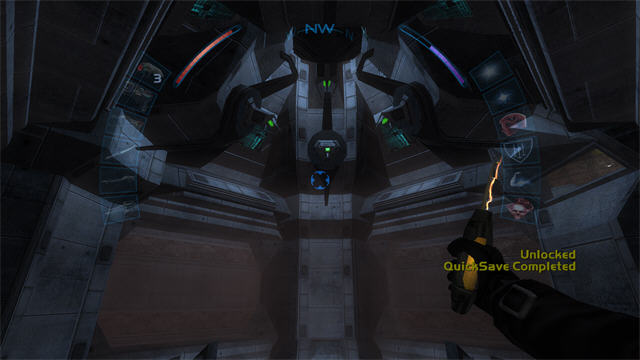 The teleporter isn’t working at the moment but I’m sure I’ll be back later when it is. 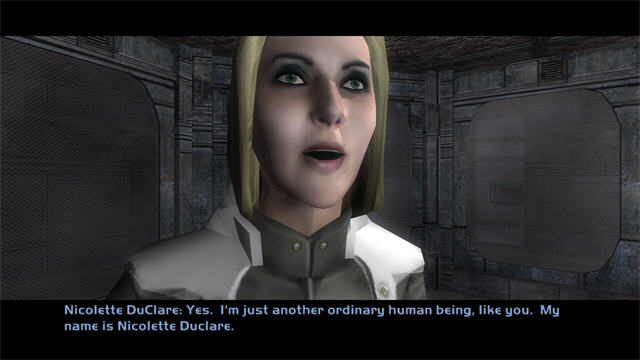 I have to fight a few Templars and get by some turrets but this stuff is all fairly easy by this stage in the game and I soon discover where her Holiness is being held. It turns out to be none other than Nicolette Duclair from the first game. 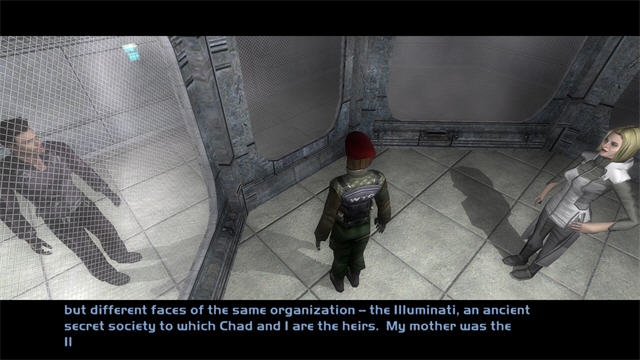 More surprising still, I learn that the Order and the WTO are actually both the same organisation and are branches of the Illuminati being used to control humanity. I’ll admit that I didn’t see this coming. Keeping people fighting against each other seems like a strange way to control them. 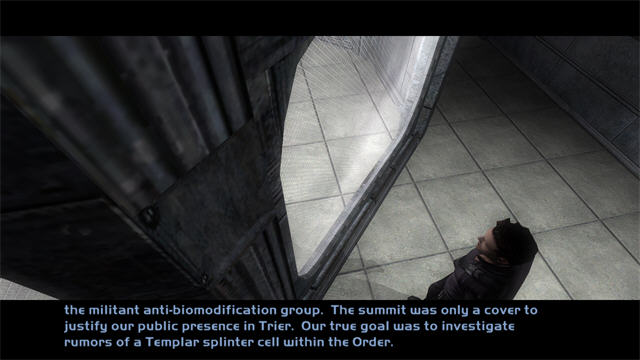 The summit is only a cover to investigate the Templars in this area. The local Order leader appears to be a Templar which would explain the extremist policies taken by the order around here. 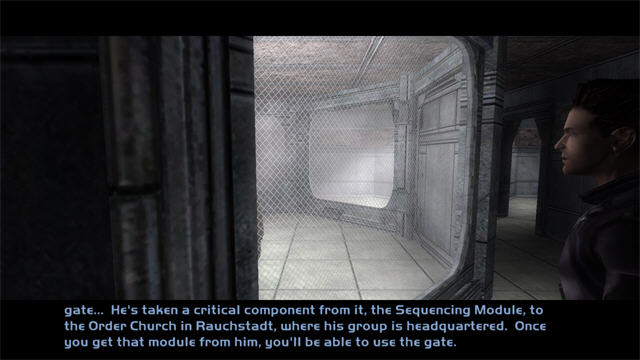 I’m going to have to go after Saman and retrieve a part for the teleporter from him which he stole. I don’t expect he will just hand it over either so I’ll presumably be taking him out as part of the process. Now I’ve completed this mission, the WTO move in to secure this base and I have a nice safe walk back to Trier. 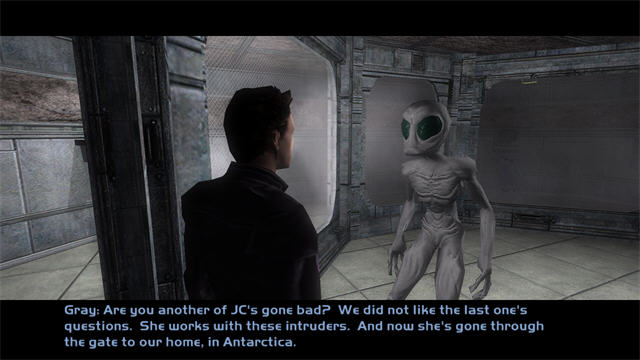 Before I leave, I release another friendly grey. I learn that Billie has already gone through the portal in an attempt to stop JC and Apostlecorp – I’m going to need to follow her when I get the chance. 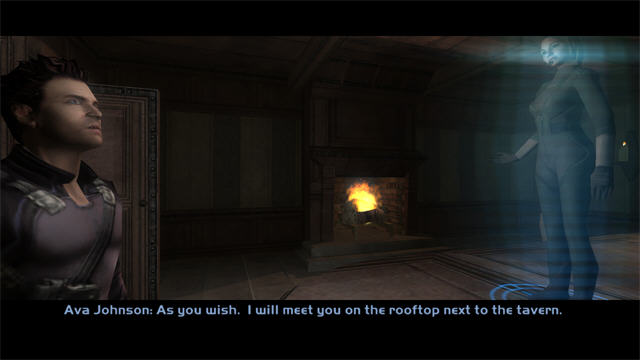 I go to the tavern and arrange a ride with Ava who flies me out to the Rauchstadt to confront Saman.
The plot took a turn I wasn’t expecting today. I suppose you could potentially control a population with two warring factions and the conflict would possibly draw people to one faction or another allowing you to exert an influence. I’m not sure how much you could achieve however as those two factions would surely stifle any progress as they bickered between each other. I expect things would have been less violent without the Templar influence so I’m not seeing the way it was supposed to work. Duclare didn’t strike me as someone who would take up where her mother left off though and it feels a bit like she is being used as a weak link to Deus Ex 1. Tracer Tongs appearance was little more than a token effort also. The characters are very undeveloped in this game in general. I was expecting a newer game to have more detail than it’s predecessor but that isn’t really the case. What looked initially like a branching plot system is really just a bunch of missions that I can either do or not but they very rarely conflict and only in minor ways that quickly reconverge.
Overall this is a weaker game than Deus Ex, but there isn’t much in it. I didn’t have the painfully slow start in IW and the dialog, acting, environment and graphics are all a big improvement so it’s not that easy to pick between them. Deus Ex would clearly have been the better game in it’s day and shades it for me on that basis. Playing them both now, I’d possibly lean towards IW if it wasn’t for the always annoying loading times.
I’m definitely drawing towards the conclusion now but I’ll probably only manage a very short session today. I’ll try to get to Antarctica, write that up in a very short post and then finish the game off on Sunday.