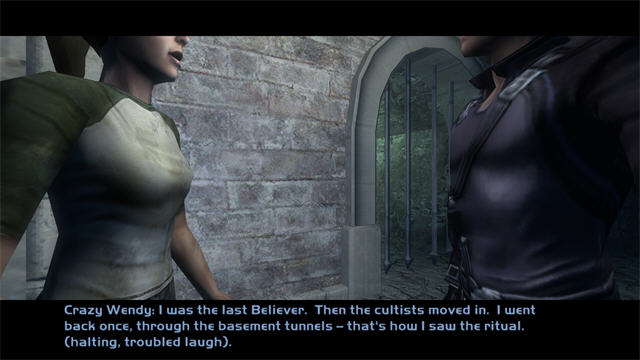 I run into someone called Crazy Wendy who suggests sneaking in through the canal. I could have gone this route but I see a turret or bot down there and decide just to slice my way through the Templar guards and go in the front route which is much easier. 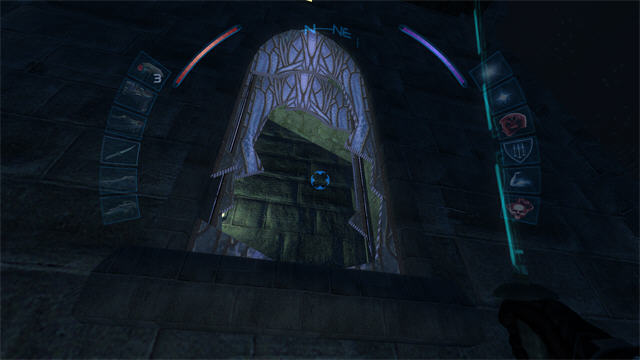 From here there still appear to be a few routes I could take to get into the church but I climb up through this window and enter from the side. 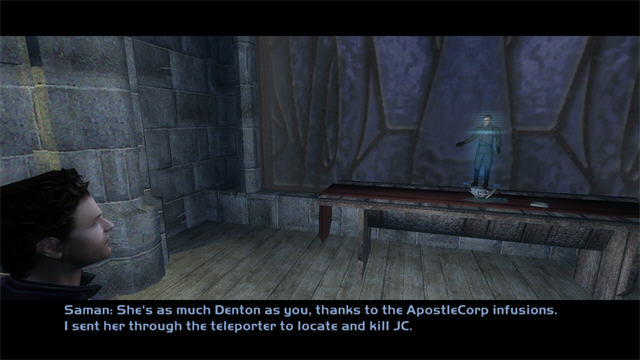 I wander around aimlessly for quite a while not finding where I actually need to be but instead exploring all the alternative routes I could have taken until I find a message from Saman in the middle of the church. He tells me what I already know that Billie has been sent through the teleporter. 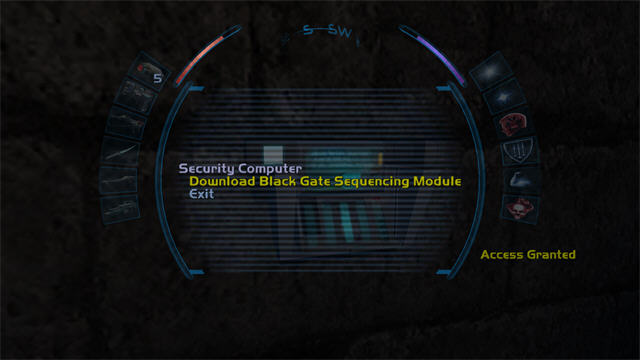 In a room just to the side I find a terminal which I can use to download the module I wanted. There is also a communicator system with surveillance reports on me and the other Tarsus trainees. 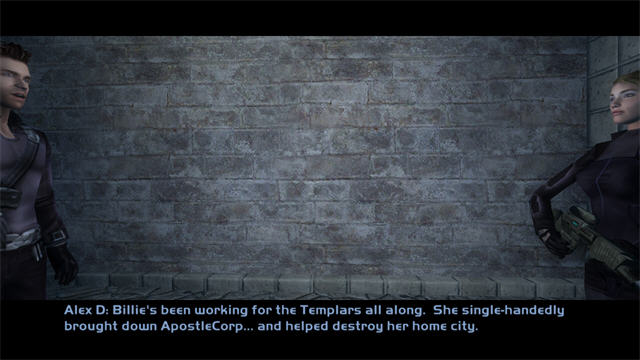 I head all the way back to my helicopter. Klara is hanging around here but doesn’t seem to serve any purpose other than reminding me what the plot has been so far. She could come with me to Antarctica but decides to play it safe and hang around where she is instead. 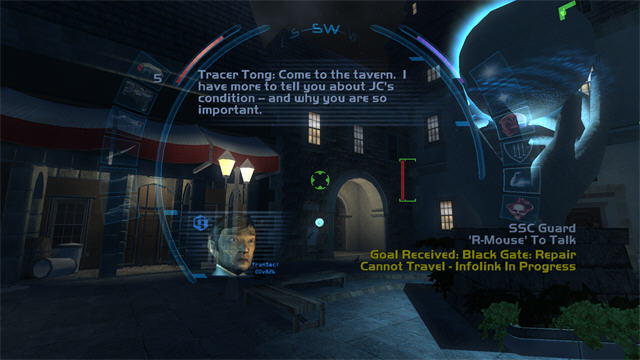 As soon as I land, Tong contacts me and asks me to head by the bar. 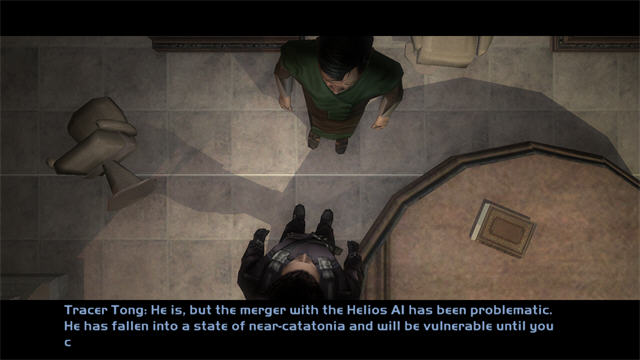 Tong just wants to talk me over to his side. He regrets causing the collapse now and wants me to protect JC. JC has merged with Helios after all but this merger was problematic and he is sleeping it off while he recovers and therefore needs protecting. I need to transfer my biomod architecture to JC apparently to bring him out of his coma and complete his merger. This explains Apostlecorp work on biomods as they try to adapt JC to be able to cope with his new powers. 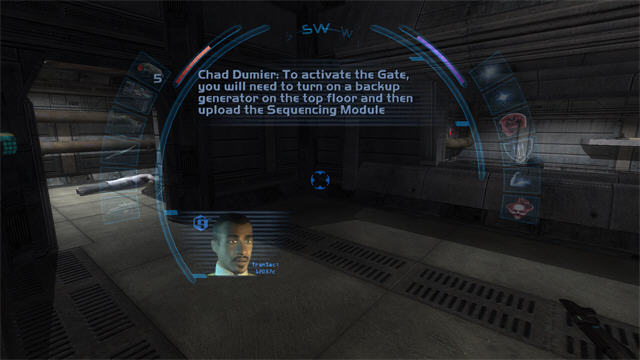 I head for the teleporter next. I need to activate the backup generator then upload the module. 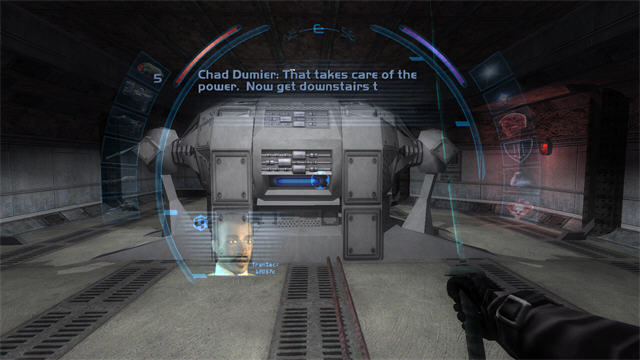 I have to use a multitool to turn off the malfunctioning main generator but then its just a case of flicking a switch. Uploading the module is much the same. 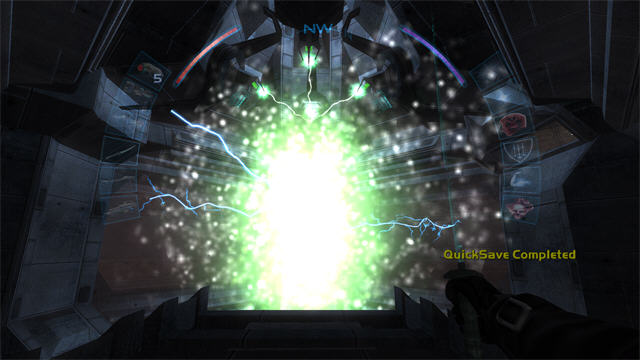 The teleporter springs into life and I jump through to find myself in Antarctica. 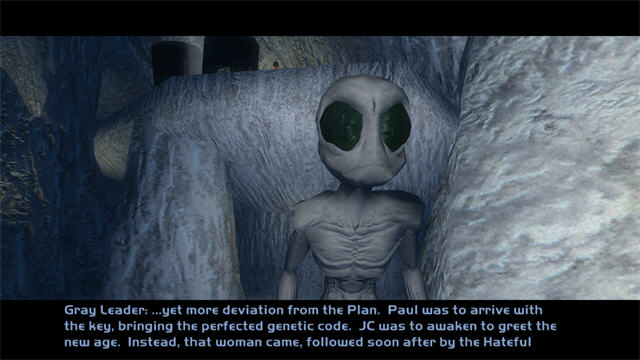 I meet another chatty grey on the far side who reiterates the plan to revive JC. 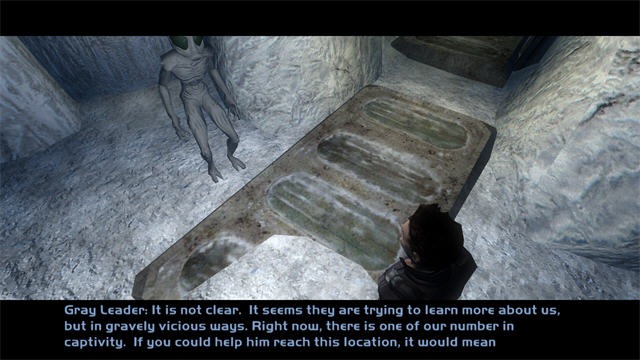 He also gives me another mission to try to free a captive grey from the Templars who are rounding up any greys they can find. I learn that the greys were a super soldier experiment started by Versalife and are able to withstand extreme conditions. They have been maintaining JC’s habitat while he struggles with the AI.

It looks like I’m heading into the final act of the game now and I’ll see if I can’t get it finished this afternoon. I think I preferred the greys when they didn’t talk as they do come across as more than a little pathetic in this game rather than any kind of super soldier and they insist on calling the Templars, the hateful ones which is just silly. Hopefully I won’t be seeing too much more of them in this last part but I guess I ought to attempt to rescue the captive grey next.