This is the design board for a Knights Of Legend flyer which I assume was included with the game, although there isn’t anything comparable in my copy. The original plan with Knights of Legend was to release a long series of add-on packs which would have essentially been sequels using the same engine. This should have made it the first Origin game to have an expansion pack but no add-ons were ever released presumably due to disappointing sales of the game. 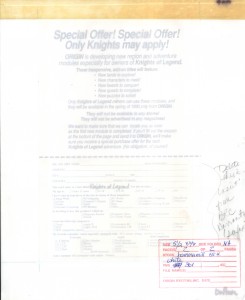 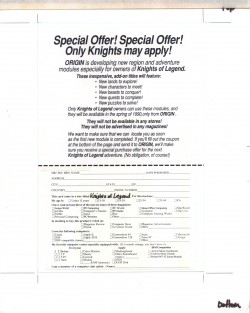