I’ve sorted through the remainder of my magazines, and picked up everything that had an obvious article on something I’ve covered in this blog up to the end of 2000 which is where I’ll probably stop. The indexes in PC Zone at this time were fairly awful so I’ve probably missed a few but I’ve got a reasonable pile to be going on with. I should be finishing off the next Wing Commander book tommorow, thought I’d have read it by now but lets just say it hasn’t been holding my attention.

This is a preview of Longbow 2 from the October 1997 PC Zone. 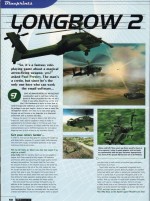 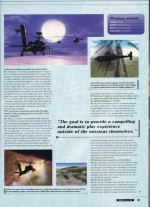 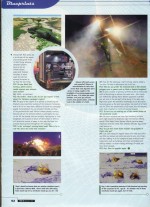