This is a brief Longbow 2 review from the March 1998 PC Home where this time it’s preferred to Novalogic’s Comanche 3:- 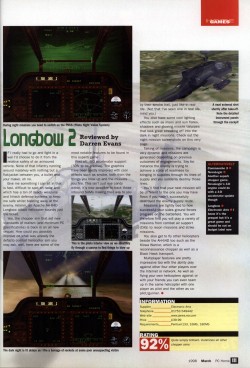 This is a review of Longbow 2 from the February 1998 PC Gamer. They like it more than the previous review I scanned from PC Format but once again Comanche 3 comes out on top:- 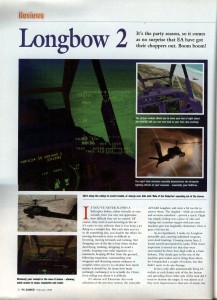 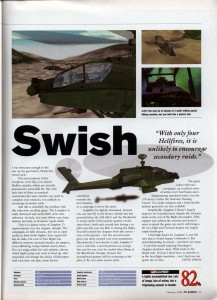 This is a review of Longbow 2 from the February 1998 PC Format. I would have expected it to get a great score in most magazines but it apparently falls well short of Comanche 3 in this reviewers eyes. I’d need to play Comanche 3 to be convinced of the validity of this comparison. I remember the original well and it was a fun arcade shooter but aiming at quite a different market. I can sympathise with the opinion though as that style of gameplay was far more up my street than a serious sim ever will be:- 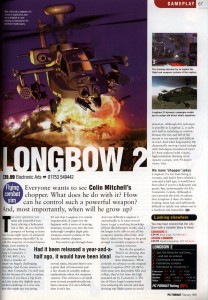 It doesn’t say too much but here is a brief preview of Longbow 2 from the November 1997 PC Gamer:- 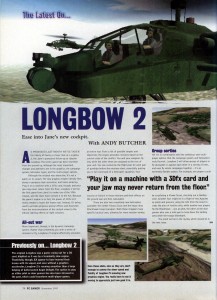 In unrelated news, my Wing Commander 4 trailer reel arrived back today having been converted to high definition digital and stuck on blu-ray. I can’t wait to see what this came out like but since I still have to go and pick it up I’m going to have to. I should be sharing the results on here in a couple of days.

I can’t say I was particularly looking forward to it but I thought I’d finish my trip through Origin’s demos which means 2 modern flight sim games. I’ve said it many times on here but these aren’t my cup of tea, although I have to admit that Longbow 2 is a good-looking game for its era. 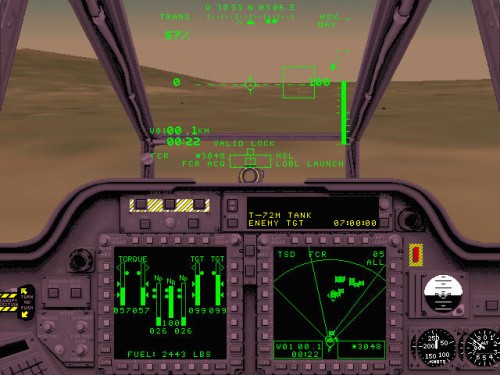 After some basic instructions, the demo dumps me straight into the middle of a tank battle with orders to seek and destroy enemy tanks and choppers. There are huge armies of both and the demo defaults to unlimited ammo and casual flight modes. 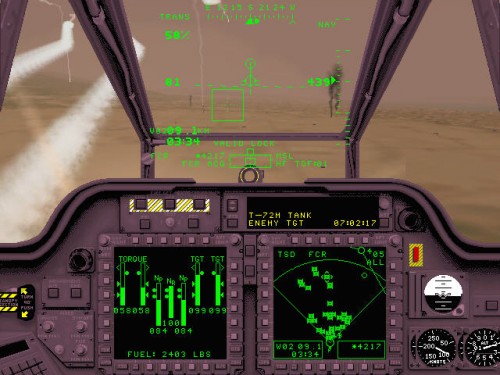 If you care to change these settings and fly properly there is actually a good deal of gameplay. Flying into enemy territory reveals banks of SAM sites and more choppers and tanks to take out. I of course stayed on the default settings indiscriminately firing hellfires and stingers left, right and center. 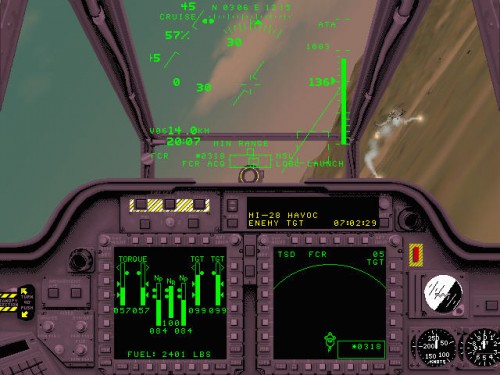 There didn’t appear to be a way to actually win the mission as far as I could tell. You just end it from the menu when you have had enough. There is still plenty here for the flight sim aficionado to get their teeth sunk into though, with a large area to fly around and masses of opposition. It’s a good showcase for the game but speaking for myself, I’d rather have been blowing up the Kilrathi.